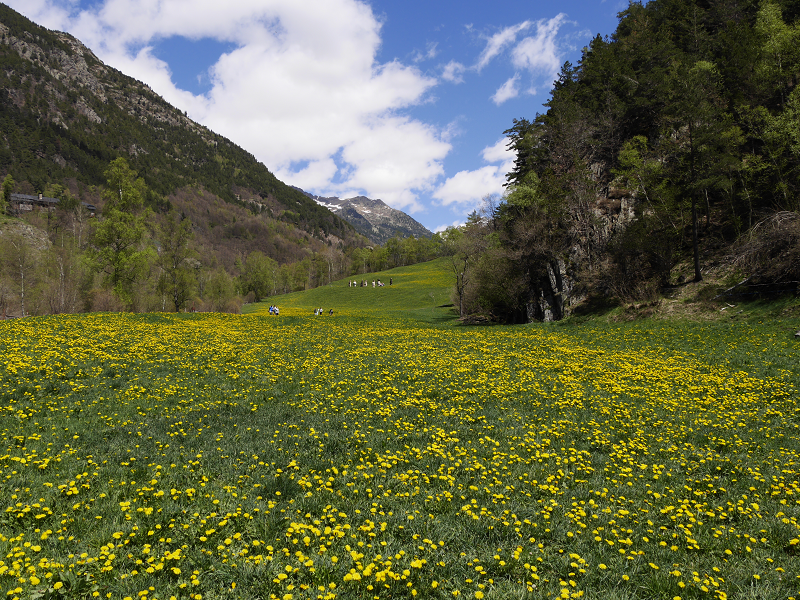 Those who visit Andorra can get to know the natural beauty of its valleys and historical heritage by means of the many touristic routes that encompass the whole country. These routes allow visitors to travel back in time, to when bishop, feudal and peasant used to live in harmony.

One of the most interesting routes is the Iron Route. The first reference to this trial dates back to the XVI century. This was the time when ironstone extraction became one of the most popular types of industrial activity. The route around the granite-made architectural monuments in Escaldes-Engordany and Sant Julia de Loria provinces is no less interesting.

The tours around Encamp and La Massana provinces allow visitors to discover the traditions and spiritual life of Andorra, that makes up its more than 700-year old history. In Ordino, visitors have the chance to walk around the places where the poet Verdaguer used to live.

The bus tours around the most interesting sights of Andorra, its past and present, are available during the summer. 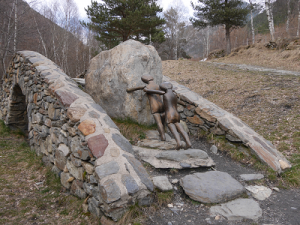 1. Route 1 — Iron Route — invites tourists to rediscover the ironstone deposits, to get to know about the peculiarities of its excavation, recycling and the production of iron in the period from the XVII to XIX centuries. The obligatory place to attend is Rossel blacksmith shop. It was in use from 1842 till 1876, being a real competitor with Spain in the production of forged iron goods. Here one may find the tools used by blacksmiths. Look here for details 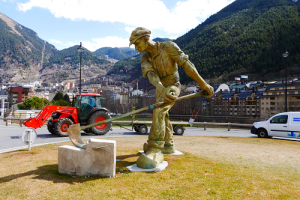 2. Route 2 — Country Life Trail. The peculiarities of Andorran territory development are based on an intensive but rational approach to the usage of natural resources of this mountainous country. This culture, launched by the farmers, shepherds, masons, blacksmiths, miners, foresters and weavers, can be traced everywhere. Three houses, that can be attended by visitors, tell us about the peculiarities of life of different social strata that used to live centuries ago. We talk about the following houses: Casa Cristo (Encamp), Casa Rull de Sispony House-Museum and Casa d’Areny Plandolit (Ordino). 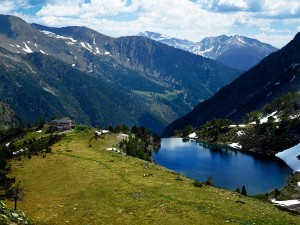 3. Route 3 — this is a voyage to the Madriu-Perafita-Claror valley. In 2004 it was announced as one of 84 global architectural monuments of UNESCO in the category of unique landscapes. This is a wonderful place that symbolizes the harmony of nature and human. The area of the valley, located to the south-east of the Andorran capital, makes up 4,247 hectares –this is 1/10 of the total area of the country. Madriu-Perafita-Claror is a beloved place of the Andorran citizens that remained untouched from medieval times. Dry rubble walls, livestock and the absence of big amounts of people give the feeling of returning to the past. The only difference from the medieval times is more developed animal husbandry, but this aspect doesn’t interfere with the simplicity of this valley. Its length makes up 12 km. The altitude difference between the highest and the lowest points is 1,855 m; 1050m above the sea level at the lowest point in Escaldes-Engordany and 2,905m above the sea level at the highest point, called Portelleta. One may encounter rare animals and plants in the valley. No matter which route you select, anywhere you will encounter small shepherd houses made in the traditional Andorran style, as well as enclosed lands, where vegetables are planted. Those who prefer unusual experiences may spend a summer night in one of the huts of the valley.

The tours should be booked in advance: 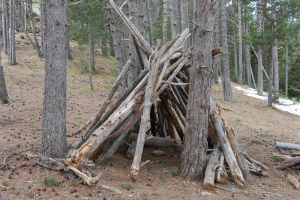 4. Route 4 — Comapedrosa National Park—is located in the north-west of Andorra, in the La Massana province. The area of the National Park is 1,543 hectares, the highest peak Comapedrosa is located at the height of 2,942 m above sea level. It is known that the first ascent to Comapedrosa’s peak took place on September 22, 1858. Mountainous landscapes, lakes with trout, waterfalls and natural springs are the main highlights along this route. The National Park contains a large number of mountainous paths of different complexity levels that makes it available for tourists of different age groups. In summer time a restaurant can be found in one of the huts. It is also possible to spend a night here and see the sunrise in the morning. We would like to draw your attention to the fact that there are only four rooms with 12 beds each in the hut. But the price is more than reasonable—11 euros per night. The average cost in the restaurant is 16 euros (the menu of the day costs 9.50 euros). The cost of breakfast is 7.50 euros. The National Park is one of the Andorran schools’ favorite place to organize tours and classes about wild nature. The art school for children, aged from 6 to 10 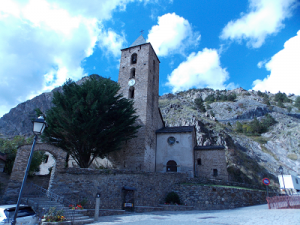 5. Route 5 — Canillo Route –there are 12 stops along the course of the route over Canillo, where tourists will see monuments of cultural and spiritual heritage from Canillo. The walk will take about 3 hours. The stops: Sant Joan Church, Sant Cerni Church, Santa Creu Church, Sant Miguel de Prats Church, Sant Bernart de Menthon Chapel, the forged iron cross and Charlemagne sculpture—the monuments in the open air and also the main church of Andorra and its chapels. 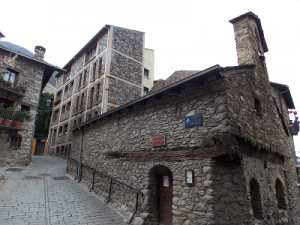 6. Route 6 — Encamp Route. The tour covering the monuments of Romanesque architecture is a voyage into the past that demonstrates the cultural and spiritual heritage of the previous centuries. This tour includes the visits to the churches of Sant Miguel, Sant Joan and Santa Eulalia. The route finishes in the museum, dedicated to spiritual art. Here you will find liturgical items: the sconce of Roman period icon (embossing), bronze censer of the XIV century, the cross of 1671 and the reproduction of the medieval manuscript and parchments of the XVI-XVII.
The cost of the ticket is 3 euros. Children under 6 years old can enter for free. Opening times are Thursday—Saturday, 10:00 in accordance with the preliminary booking.

The tour to the hydroelectric power station at the Engolasters Lake is available from July until September. 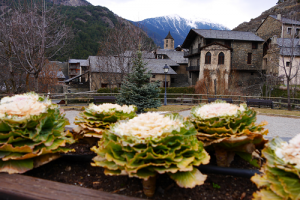 7. Route 7 — Ordino Route. Mossen Cinto Verdaguer is one of the most eminent Catalan writers that used to live in Andorra during the Renaissance period. It is known that he loved to hike and in 1883 walked through all the Andorran valleys. During his journey he got acquainted with the peculiarities of folklore, history, geography and legends that were told to him by local citizens. In order to walk around the picturesque places, related to the name of this writer, it is necessary to go up by funicular. The cost of a round trip journey is 8.20 euros (for adults) and 6.25 euros (for children). The price of a one-way ticket is 6 euros (for adults) and 4.40 euros (for children).

The tour to La vall de Sorteny is offered separately. This is the park of 1800 hectares area that can be called ‘heaven on earth’ without any exaggerations as there are 800 of species of different flowers and plants. Some of them can be found only at the foot of the Pyrenees. Rare animals can also be spotted such as Pyrenean chamois, roe and boar. The park also offers access to the highest peaks in Andorra: l’Estanyo (2,915 m), where the most beautiful mountain lake is located, and Serrera (2,913 m). Guides are ready to provide complete information on the diversity and peculiarities of the flora and fauna, including butterflies, birds and insects. A catering service is available in the park all year round.

The cost of the ticket is 8 euros for adults, 3 euros for those older than 65. Children under 12 years old—free. 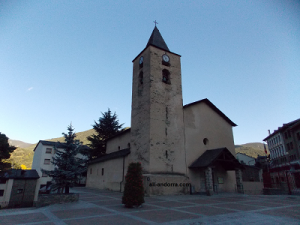 8. Route 8 — La Massana Route. Did you hear that in the times of WW2 many refugees found shelter in Palangues hotel? Would you like to know how the farmers used to live in La Massana at the beginning of the XX century? Are you interested in why Sant Clement became the Pope against his will? Andorran farmers will accompany you in the time travel in order to answer these and other questions and also tell visitors about the traditions of this part of Andorra and its legends.
The tours are organized from July till August. Advance booking is obligatory. It is also possible to drive around La Massana provinces: Sant Clement Church (Pal sector), Sant Christofol (Anyos) and Sant Marti (La Cortinada village), the Tristaina Lake, waterfall and Les Salines Bridge as well as Cal Pal Blacksmith Shop and Mill. 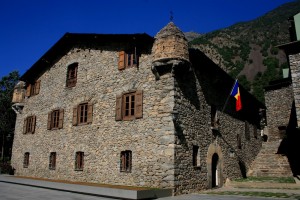 9. Route 9 — Andorra la Vella Route. “Green zone”—these are the paths in the mountains where one may encounter historical and cultural architectural monuments set against beautiful mountainous views and landscapes. It is no less interesting to attend the old city of Andorra la Vella, to walk along its quiet stony streets and visit one of the oldest quarters, where, in the XVIII century, the famous judge of Barcelona, Don Francisco de Zamora lived. 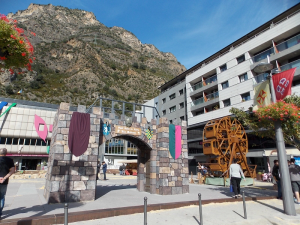 10. Route 10 – Sant Julia de Loria Route—the walking route covers the center of social and cultural life of the province as well as the architectural monuments in this small mountainous village with livestock pastures and stone buildings date back to the XII century. We recommend visiting the Tobacco Museum. 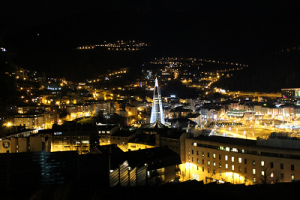 11. Route 11 — Escaldes-Engordany Route. This route allows visitors to get acquainted with the customs and traditions of this province. It also provides an understanding of how architectural and everyday life has changed from the XIX century up to now. The ancient granite buildings have been perfectly conserved. One of the examples is Lacruz House, built by the Catalan architect Puig I Cadafalch. It is interesting to know that in the majority of the hotels of this province, such as Valira and Carlemany –hot water is provided from thermal sources. The Caldea hot springs spa complex, that is located in the neighborhood (in Escaldes province) is also very popular.

Look here for the full travel guide in Andorra