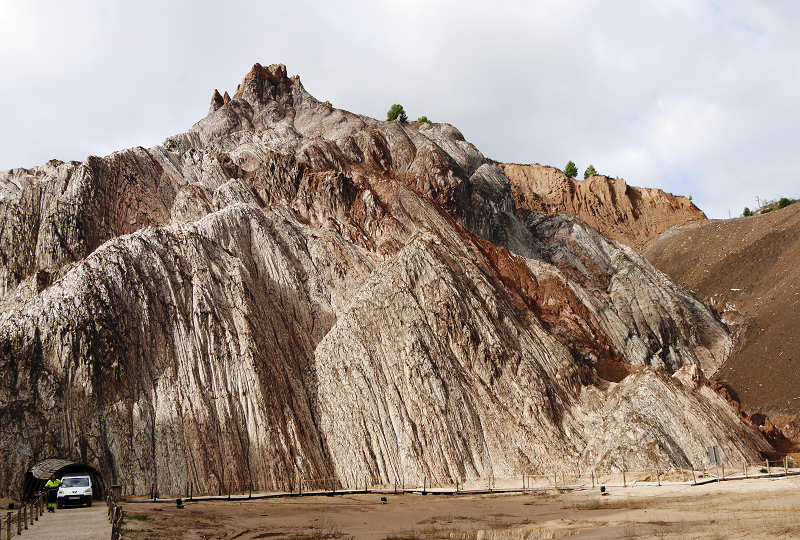 Excursions to the cave last 50 minutes. The temperature inside the cave is from 17 to 20 degrees, regardless of the season. For safety, you will be offered a helmet to wear.

The entrance to the cave 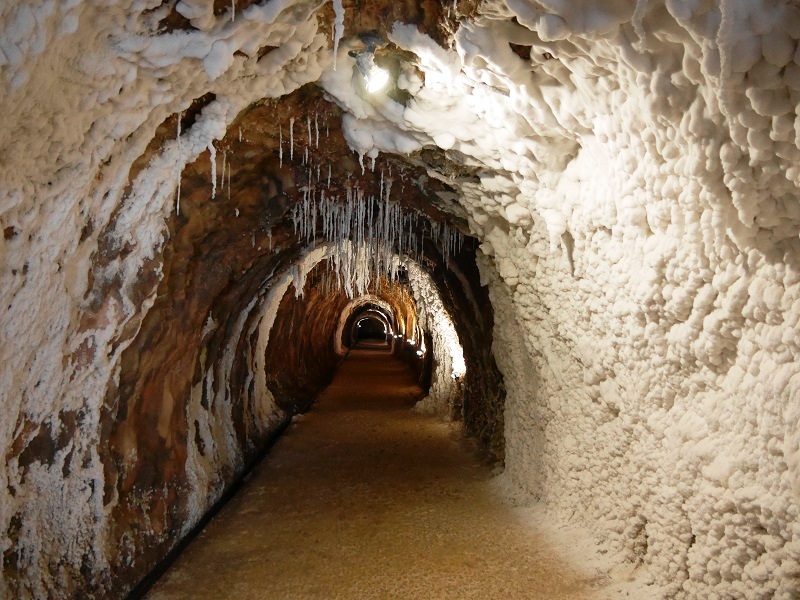 The mineral that can be seen here everywhere — on the ceiling, on the walls, and on the floor — is salt. It has an orange-red color. This is due to the presence of iron, which in combination with oxygen forms oxides – give the salt its color. Hence the popular name is red salt.

Seeing this salt deposit, one would like to ask: how did a whole mountain of salt appear in the central part of Catalonia? To find out the answer, we must make a trip back in time – to go back 40 million years ago. At that time there was a huge sea in the center of Catalonia. It flowed from the peninsula from the north (at present it is the Bay of Biscay), and into the lands of Aragon. It was everywhere … However, later, due to the increase in temperature, the water gradually dried up.

The formation of salt layers occurred in stages. Salt was deposited in isolated areas of the earth’s surface, where new portions of seawater periodically arrived and, where due to the dry climate and, consequently, strong evaporation, the mineral became more and more saturated. Where these parts of the surface gradually descended, due to the tectonic movements of the earth’s crust, thick deposits were formed. First, halite was formed, then sylvinite, and ultimately carnallite (potassium and magnesium chloride).

The geological characteristics of the salt deposit allowed a person to use this raw material from the Neolithic period (2500 BC) to the present day. The Iberians who invaded the peninsula, the Romans who came here during the Middle Ages, as well as the lords of Cardona, were able to enrich themselves at the expense of the deposit, becoming “the lords of salt”. The Salins de Cardona deposit, due to the quantity and quality of salt, became famous in Catalonia. In 1900, the first underground mine appeared (it was abandoned in 1934).

Since ancient times, man has been producing salt for various purposes, such as preserving. However, the situation changed dramatically after the start of the production of inorganic fertilizers. In 1923, the Spanish Union, Union Española d’Explosives, S.A. bought Salins de Cardona deposit for 3.5 million pesetas. In 1925, this company launched a new project to extract sodium and potassium chloride from salt, which meant opening a new mine with two main wells, a processing plant, and establishing logistics to the port of Barcelona. 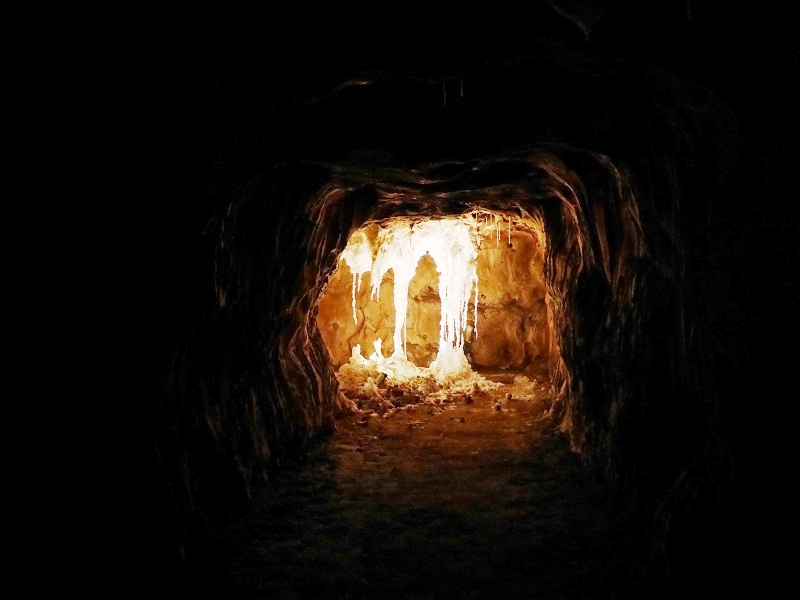 When in September 1990, both mines were closed, a total of 37,874,843 tons of mineral had been mined from the bowels of the earth, and mining had reached a depth of 1,308.7 m, which made Cardona the deepest mine in the country. At this depth, the temperature was above 50 degrees, the salt layers were not vertical, but horizontal, which required the introduction of a new production system. Each mine had its own name: Marie Thérèse (depth 720 m) and Albert (depth 1000 m. Development period: 1929 – 1972). 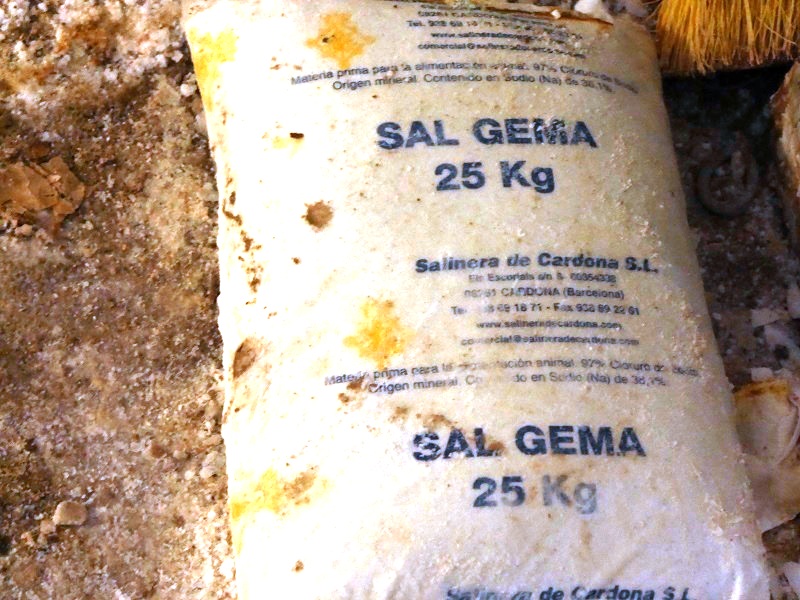 Santa Barba is the patroness of the miners, pyrotechnics, demolition men – everyone who deals with underground work, including mining. The holiday of Santa Barba is celebrated on December 4th – this is a very revered date in Cardona. 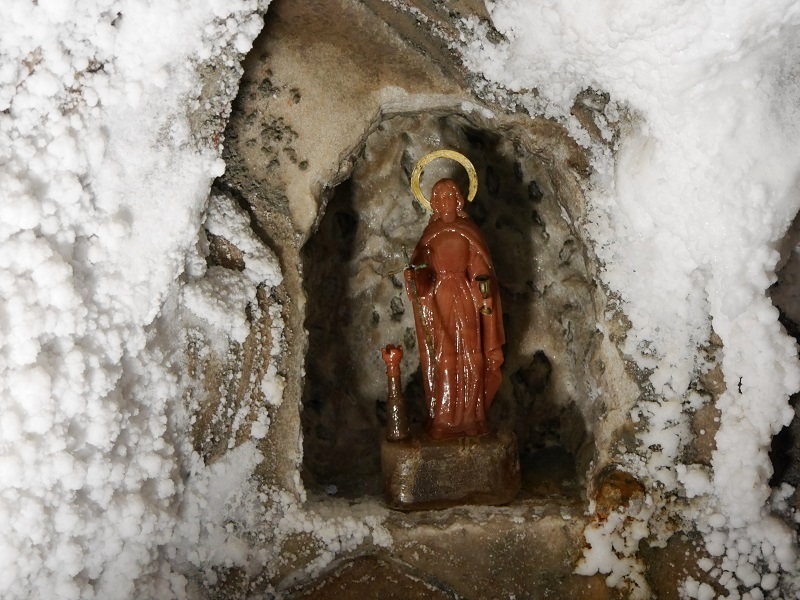 Next to the statue, you can see the stairs. Once they were wooden, but over time they became covered in salt as they were slowly forgotten about. Now it looks like they were originally made from salt. 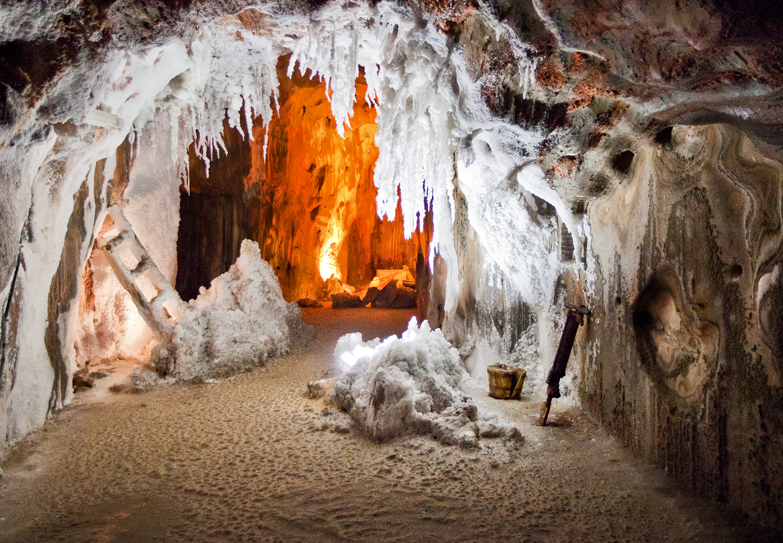 The biggest “room” is called the Sistine Chapel. 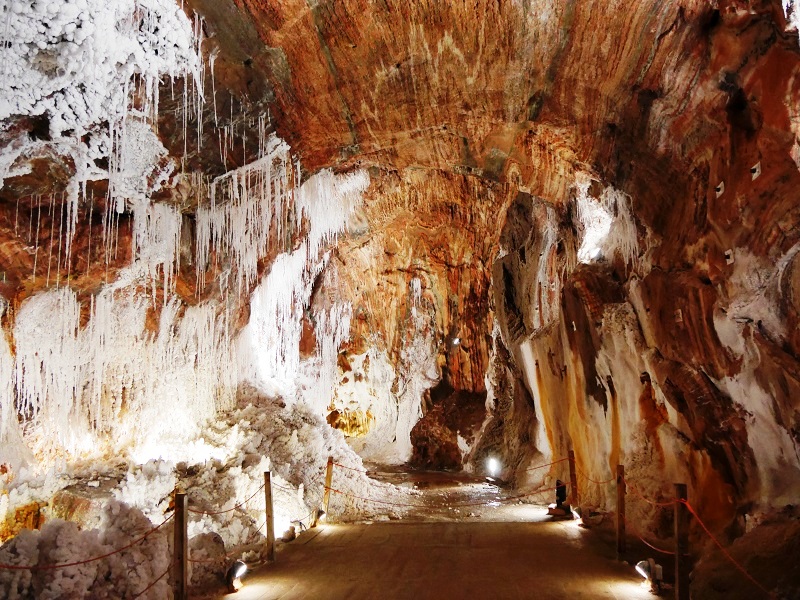 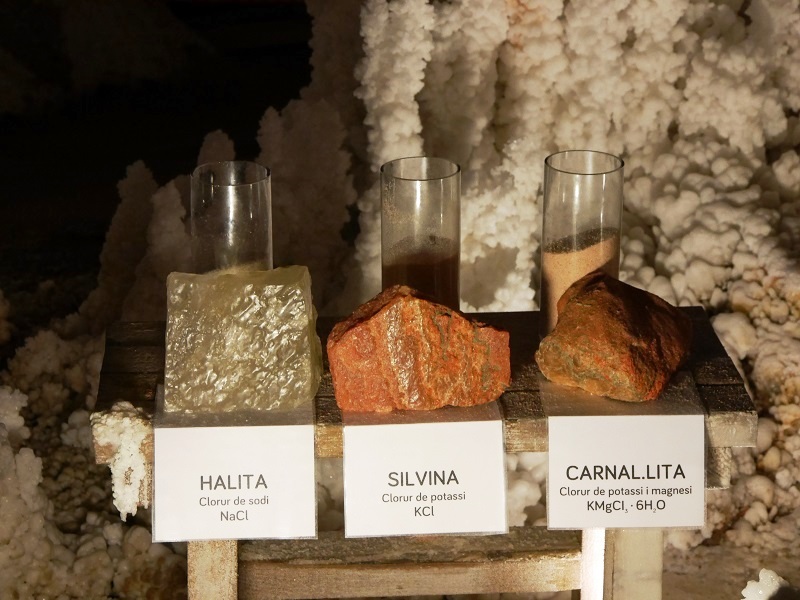 Problems with ensuring proper ventilation are constantly increasing. In 1990, the mine had to be closed because of economic problems with the profitability of production and management.

Since then, Cardona has fallen into a deep economic and social crisis, as the mine was the only form of production that provided jobs for local residents. 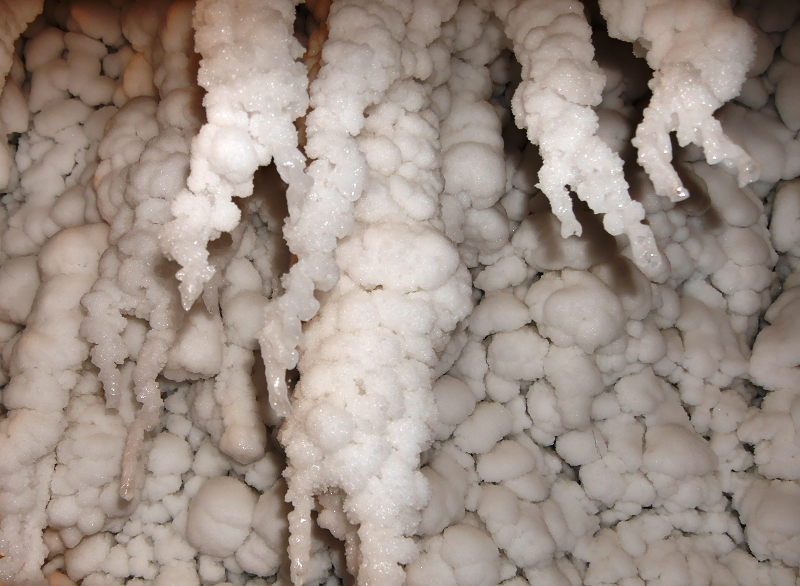