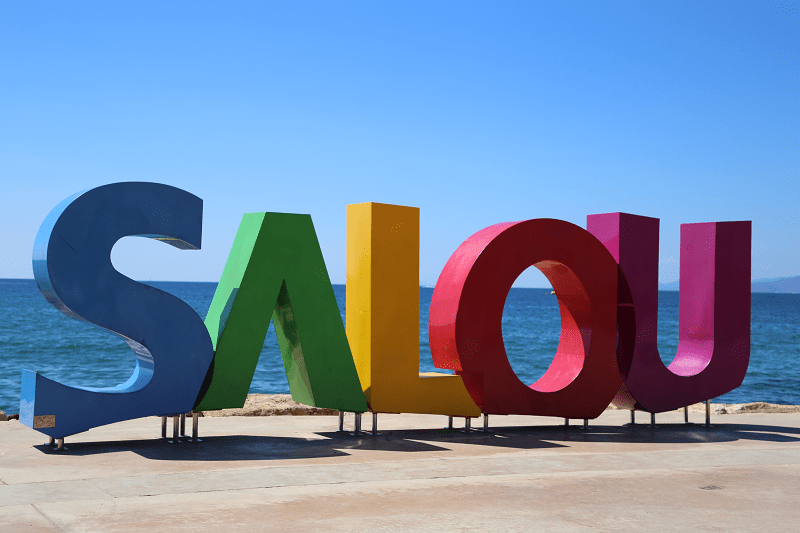 Salou is a city and municipality in Spain, a famous seaside resort and tourist center of the Catalonia region. It is located 10 kilometers from Tarragona and about 90 kilometers from Barcelona. It is also close to the famous amusement park Port Aventura (originally the park was created and belonged to the American film company Universal Studios).

Bonet house. On the main facade of the building there is a sundial, decorated with ceramic mosaics and an inscription made in the Gothic font, the meaning of which is: “Use the time, for it goes away irrevocably”. 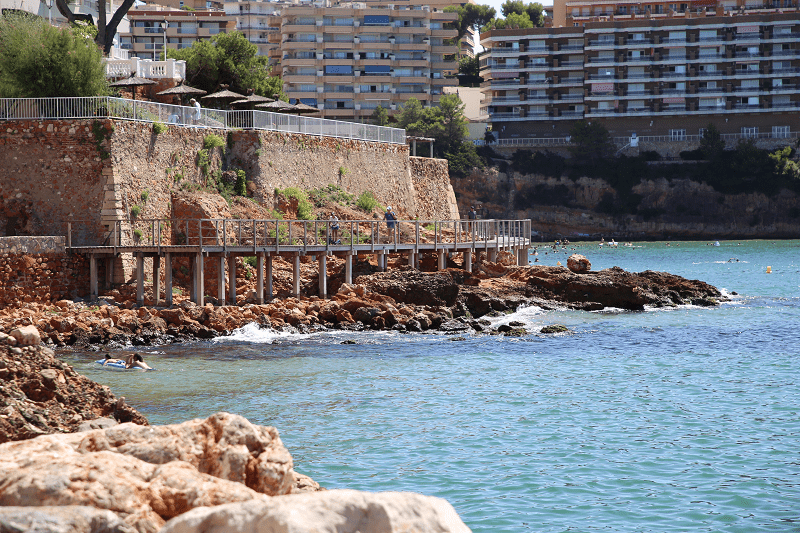 Unfortunately, entrance to the gardens and building is not allowed.

The architect is Domènec Sugrañes i Gras (one of the followers of the Antonio Gaudi style). Architectural style – late modernism. Year of construction – 1918. The house was built to the order of the famous Spanish businessman Ciriac Bonet.

The interior rooms of the mansion are decorated with murals depicting the events that took place during the liberation of King Jaime 1, starting with the departure of the fleet from the coast of Salou, until the conquest of Mallorca.

Salou Seaport. A lot of yachts and boats are parked in the port, both private and those available for rent. 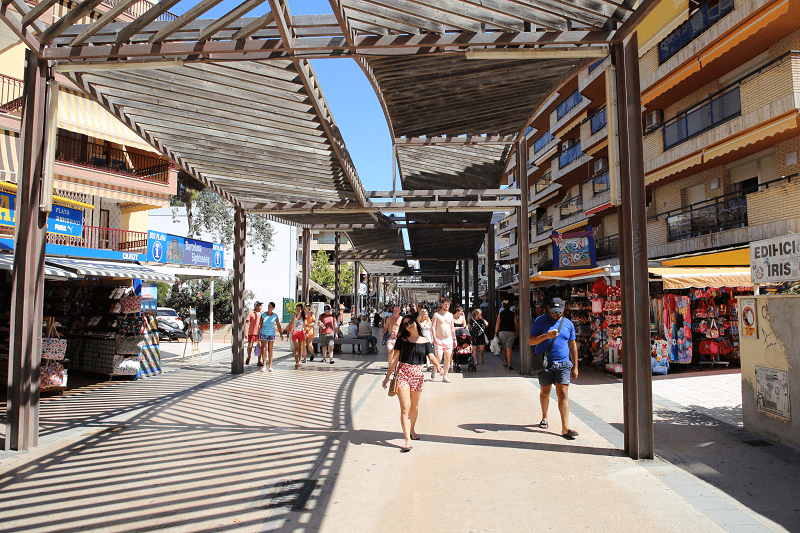 The building of the former fortress of Torre Vella. The building has preserved its original appearance since the beginning of the 16th century, today it is the Center of modern culture.

Initially, the fortress served as the protection of the lands of King Carlos fifth from the constant raids of Saracen pirates. It is known that in the 14-15th centuries Salou became essentially a pirate base. After this place was found to be unreliable, in 1530 the Archbishop of Tarragona decided to erect a new defensive tower, now called Torre Vella – “Old Tower”.

Currently, the building regularly hosts various exhibitions, including foreign, science and other conferences, various celebrations and even corporate events and weddings.

Since 1991 the Museum of Modern Enamel has been in the building.

The garden surrounding the building is decorated with interesting sculptures. One of them is “The Three Graces” by Aldom Puig, depicting women dancing traditional Catalan dance – sardana. 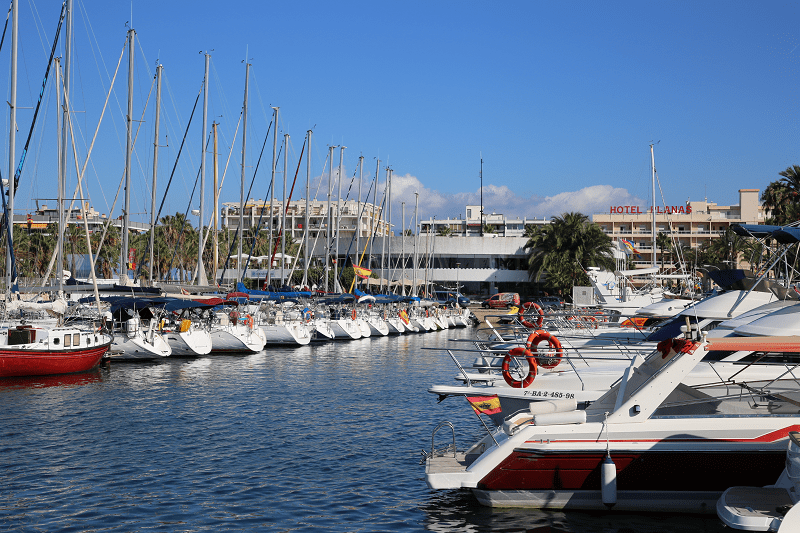 Boulevard of James I of Aragon (Paseo Jaume I) and the Park “Salou Promenade” (Salou Promenade). Boulevard – one of the most picturesque attractions of Salou is located along the shoreline of Llevant Beach, which is the largest in Salou. From both sides of the street huge palms grow, providing shade for a comfortable walk on a hot day. The monument to the first governor of Aragon is located in the center of the boulevard. 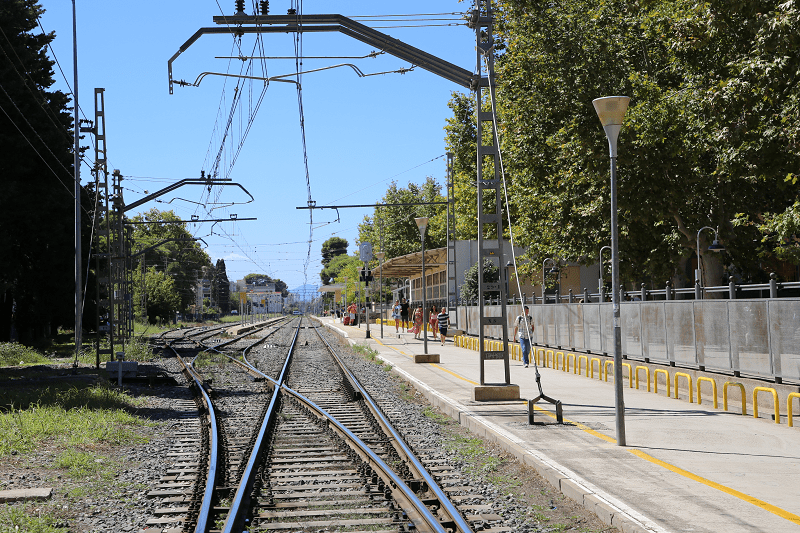 There is also the Central bus station, from which buses leave to Tarragona, Reus airport, Barcelona and many other cities.

At the end of the boulevard there are fountains (at night they are illuminated). The architect is Carles Bouygos, who also designed the Singing Fountains of Barcelona. 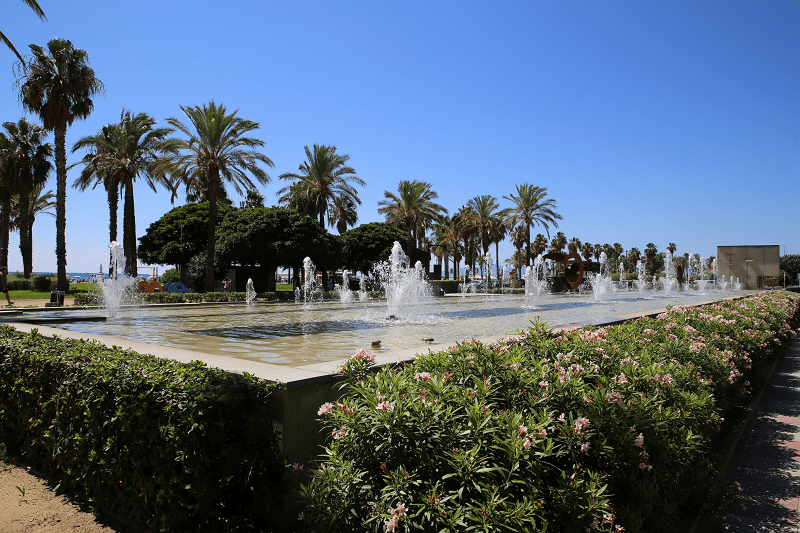 Continuing along the boulevard to the north of Salou is a tourist route along the sea (Cami de Ronda).

The main beaches of Salou and where to swim? 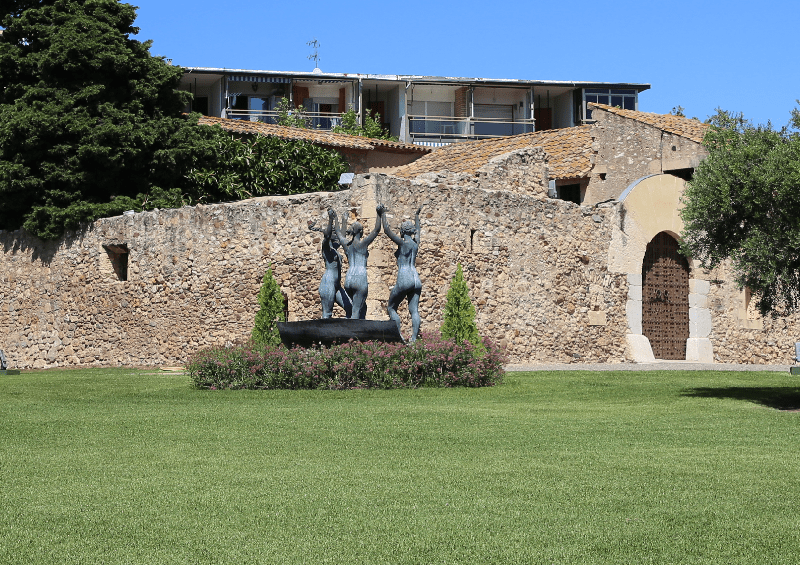 All the beaches in Salou have a blue flag, which is the world standard for a measure of cleanliness and safety.

The beach season starts in early April and lasts until the end of October. In winter, life in the city freezes, however, many hotels are open all year round, giving the opportunity to organize many events, including corporate events.

The main shopping street is Carrer de Zaragoza. This street sells everything – clothes, costume jewelry, souvenirs, food. Prices – not cheap (as it’s a tourist resort), so the best shopping experience is still in Barcelona. Surrounding Reus and Tarragona also don’t boast of a variety of shopping. 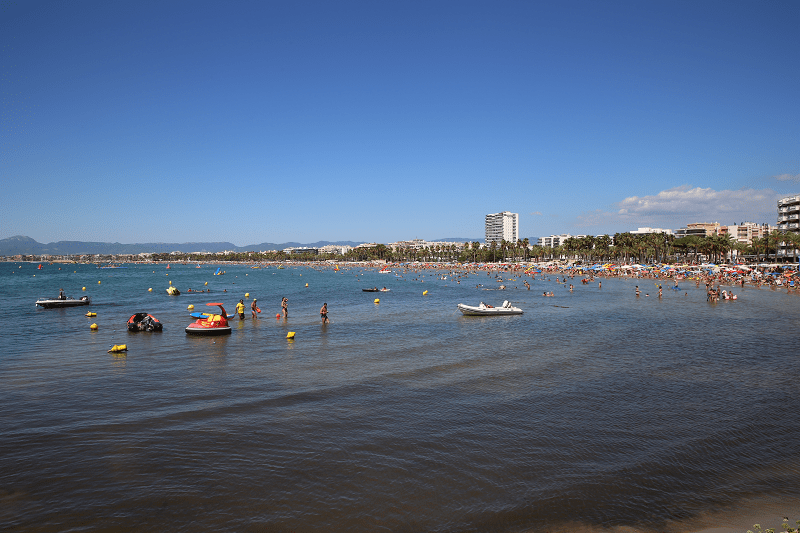 Salou is a seaside resort, so the main and freshest dishes are fish. The most expensive and famous restaurants are located along the coastline. Cafes and pizzerias (more affordable) – are on the second and third streets from the beaches. 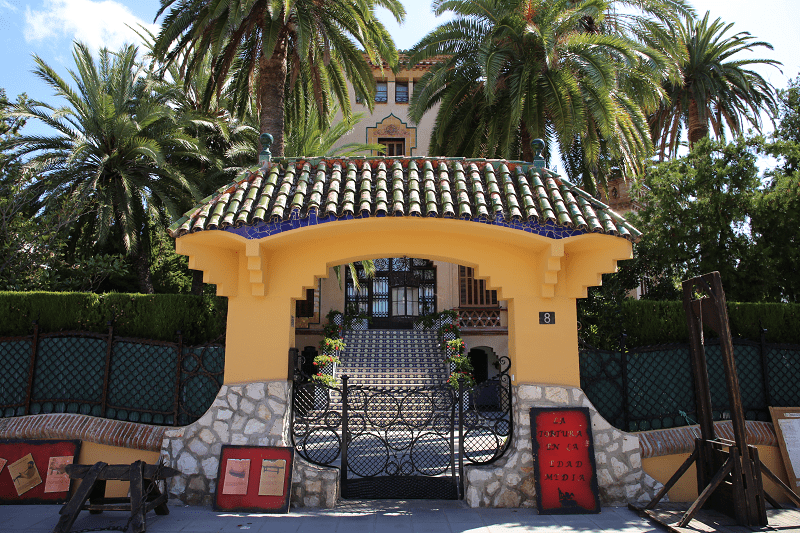 Nevertheless, the local cuisine is notable for the abundance of original dishes. The most important components of traditional dishes are rice and seafood. Local chefs prepare meat dishes and various salads with fresh vegetables and cheese.

On Sundays, part of the city that borders the sea port holds a fair with cheeses, sausages, souvenirs. Artisans also appear in the streets, and you can see how many interesting things are produced online.

How to get to Salou?

Reus is the nearest airport to Salou (there is a regular bus service to the city). Direct regular and charter (spring, summer, autumn) flights from many European low-cost companies are available.

Many prefer to fly to Barcelona Airport (including it in this way in the tourist program), and then get to Salou by car or train. In Salou there is a railway station, which also allows you to get to some other Spanish cities, including remote ones.

In case you are planning to rent a car, from Barcelona to Salou you can get on two roads – a toll AP-7 and the free road, the N-340 (along the coast, through Sitges and Tarragona). 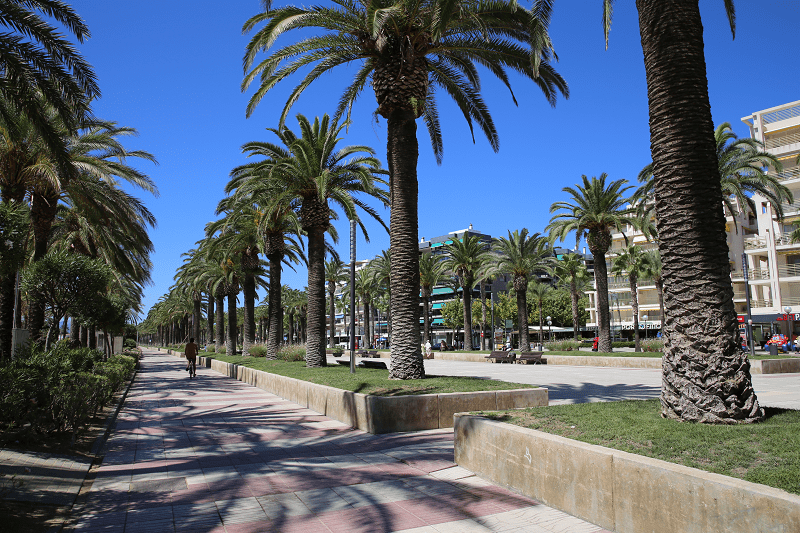 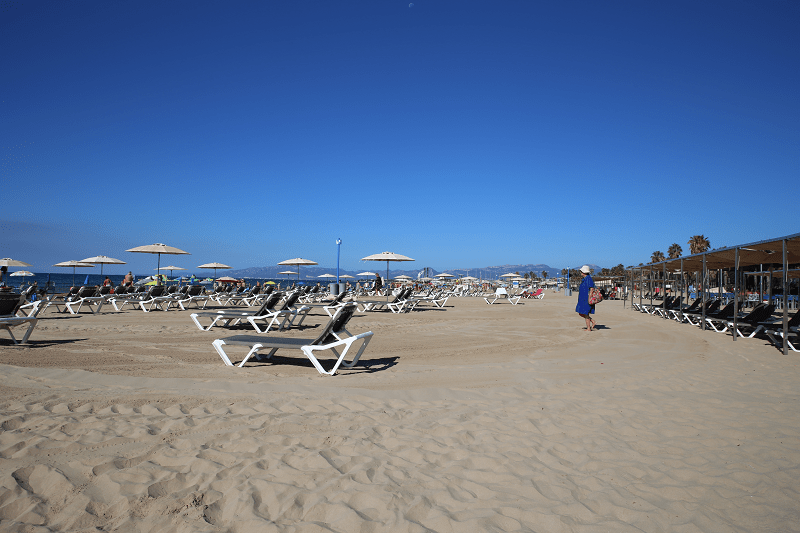 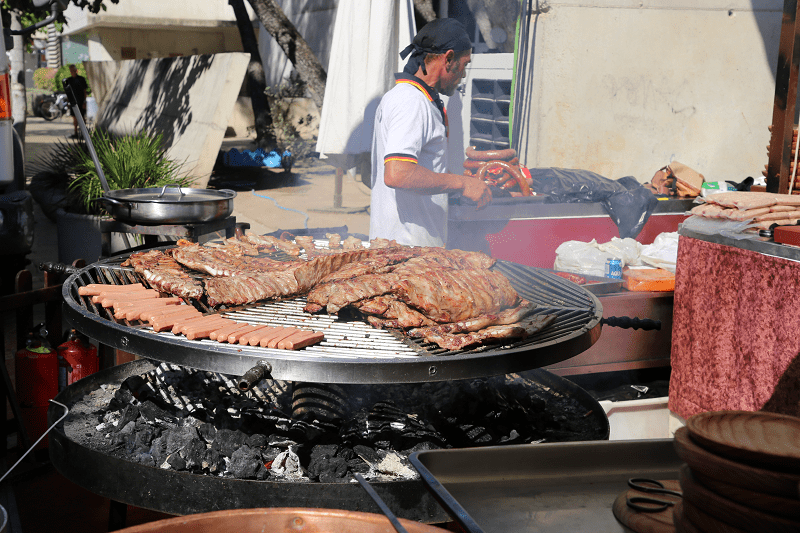 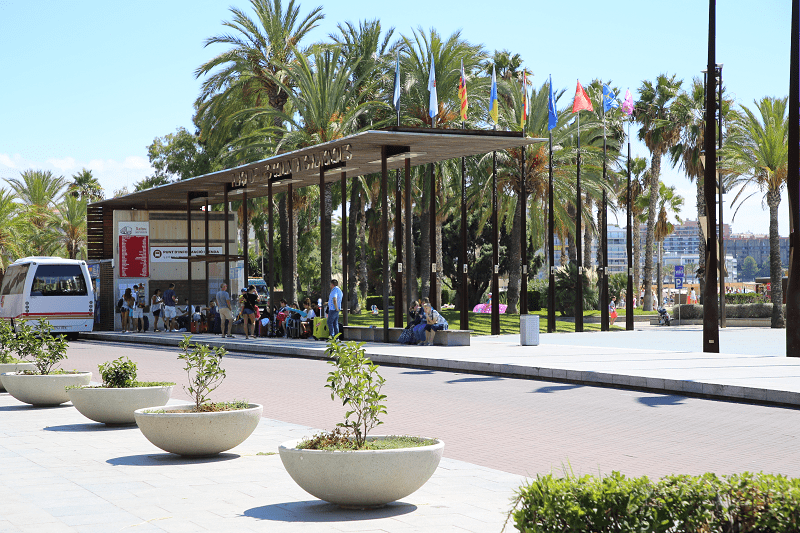 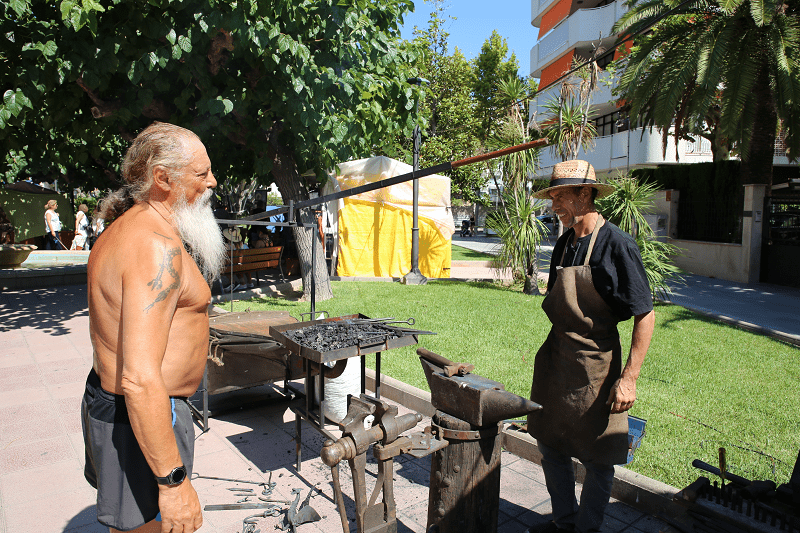