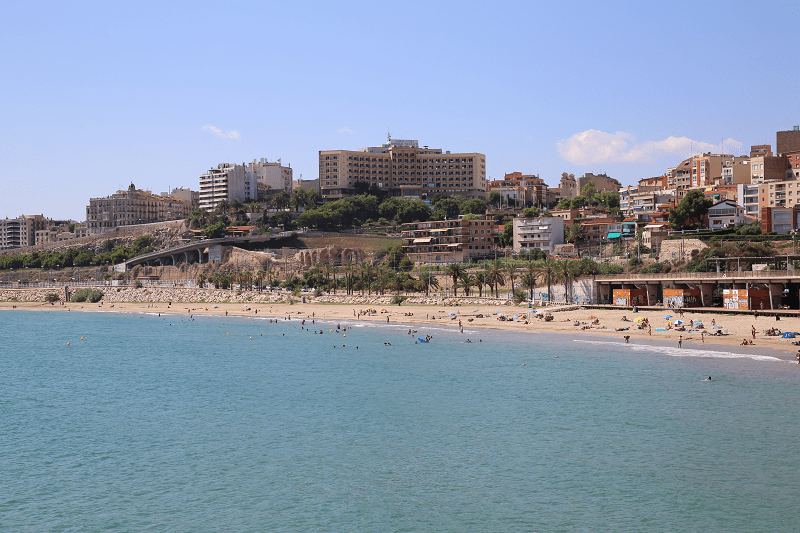 Tarragona is a city and municipality located in the northeast of Spain (Catalonia). Today it is one of the most important historical centers of Spain and an important seaport.

Tarragona contains many historical buildings dating back to the Ancient Roman period which are included on the list of UNESCO World Heritage sites. The city is associated with the era when Tarraco (the ancient name of Tarragona) was one of the most important cities on the Iberian peninsula. Tarragona shows the real history of mankind, connecting several thousand years of development. Here you can spot Ferraris in the streets alongside ancient ruins, a medieval Gothic cathedral, cobblestone streets and petrochemical complexes. 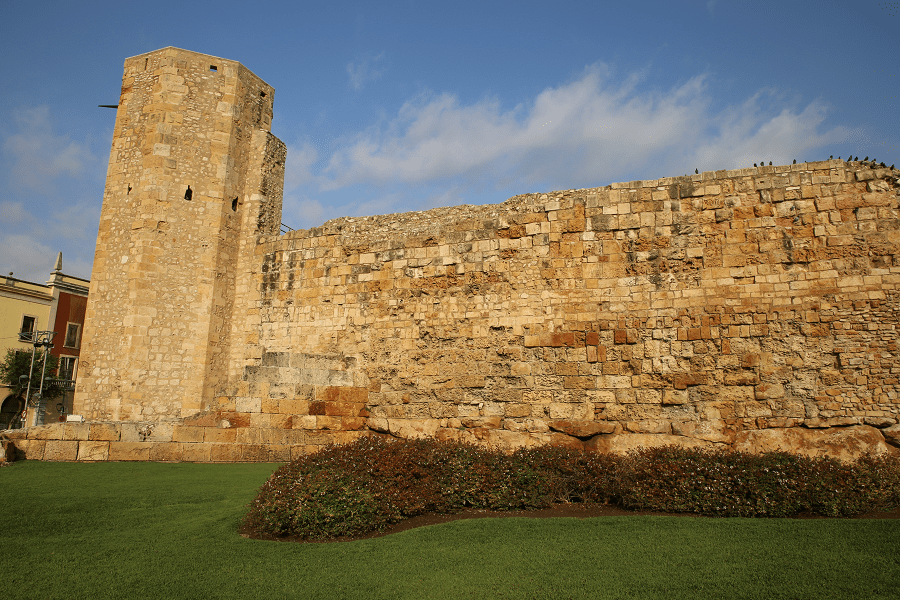 The city of Tarragona is located on the coast of the Balearic Sea in the north-eastern part of Spain, in the south of Catalonia.

The climate of Tarragona is the standard Mediterranean climate (dry summers, mild winters). The average annual rainfall is 500 mm. Most precipitation falls from September to November. Snow and frosts are rare.

According to historians, the first settlement was founded by the Iberian tribes in the 5th century BC and was called Kesse. In 218 BC, these territories were conquered by the Romans, who founded the city of Tarraco, which is considered the oldest Roman colony in the Pyrenees. Before the demise of the Roman Empire, Tarraco was the capital of the province.

After the Cantabrian War in Tarraco, the emperor Gaius Julius Caesar Octavianus (later known as Augustus Caesar) spent a whole winter there, ordering the construction of many buildings. Also, the future emperor of the Roman Empire Septimius Severus is said to have lived in the city too.

Since the 16th century, new fortifications have been built here to protect Tarragona and the surrounding area from continuous wars and pirate attacks. The city suffered greatly during the war for the Spanish inheritance and Napoleonic wars.

Roman ruins and statues are a distinctive peculiarity in all parts of the city.

The Roman ruins of Tarraco have been designated a World Heritage Site by UNESCO.

Part of the bases of large Cyclopean walls near the Cuartel de Pilatos are thought to pre-date the Romans. The building just mentioned, a prison in the 19th century, is said to have been the palace of Augustus. The second century Tarragona Amphitheatre near the seashore was extensively used as a quarry after the fall of the Western Roman Empire, and but few vestiges of it now remain. A circus c. 450 m long, was built over in the area now called Plaça de la Font, though portions of it are still to be traced. Throughout the town Latin, and even apparently Phoenician, inscriptions on the stones of the houses mark the material used for buildings in the town. 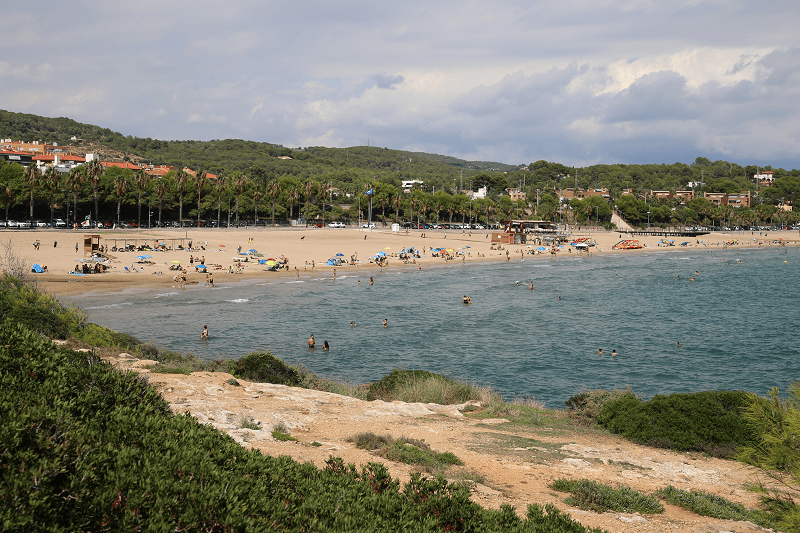 Two ancient monuments, at some little distance from the town, have, however, fared rather better. The first of these is Les Ferreres Aqueduct, which spans a valley about 4 kilometres north of the city. It is 217 m in length, and the loftiest arches, of which there are two tiers, are 26 m high. There is a monument about 6 km along the coast road east of the city, commonly called the “Tower of the Scipios”; but there is no authority for assuming that they were buried here.

Other Roman buildings include:

The Roman walls
The capitol, or citadel
The Amphitheatre
The Roman circus
The Pretorium – Tower
The Provincial and Colonial fora
The Necropolis
The palace of Augustus, called the house of Pilate 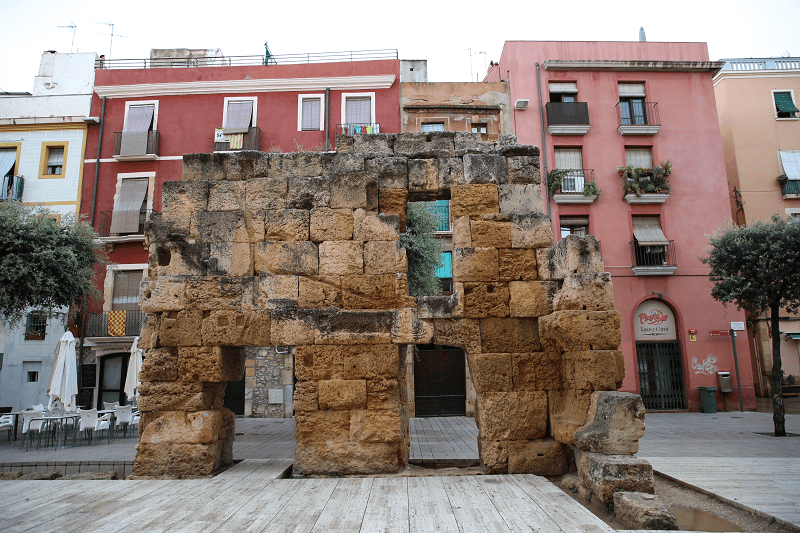 The so-called tower, or sepulchre, of the Scipios
Arch of Sura, or of Bara
The Aurelian Way.

The city is also home to the National Archaeological Museum of Tarragona.

Tarragona is home to a large port where one can the most expensive yachts in the world. The photo shows the sailing yacht “Black Pearl” (length 106.7 m) 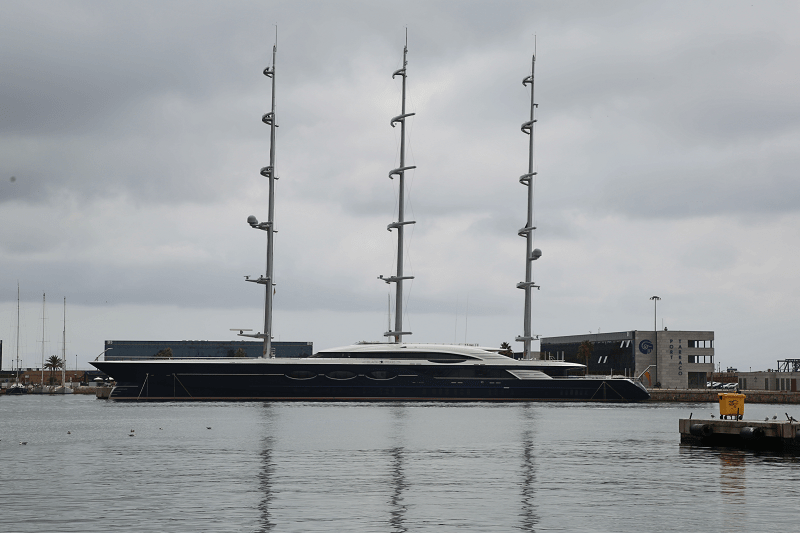 Shopping is not the highlight card of the city, as all the main shops are concentrated in one area or in the larger shopping centres in Barcelona. In Tarragona itself, you can only find shops of some famous brands (mainly Spanish) which are concentrated on the main street of Tarragona – Rambla Nova. On Sundays (during the morning) there is also a flea market here.

Cheap food is available at the local attraction: the market of Tarragona (Mercat Central), which sells fresh and seasonal products, including fish.

There are two Michelin list restaurants in the city^

In Tarragona there only 2 working beaches: central with a view on a port. 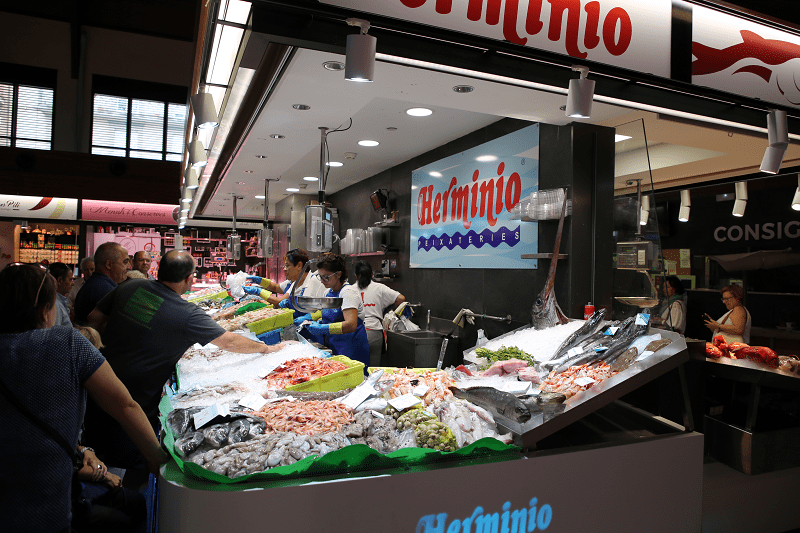 The neighboring beach (1 km to the north) Platja de l’Arrabassada, is generally empty with the same sand and with beautiful views.

The nearest airport – Reus (15 minutes by car or bus) or Barcelona el Prat (1 hour and a half depending on the route). 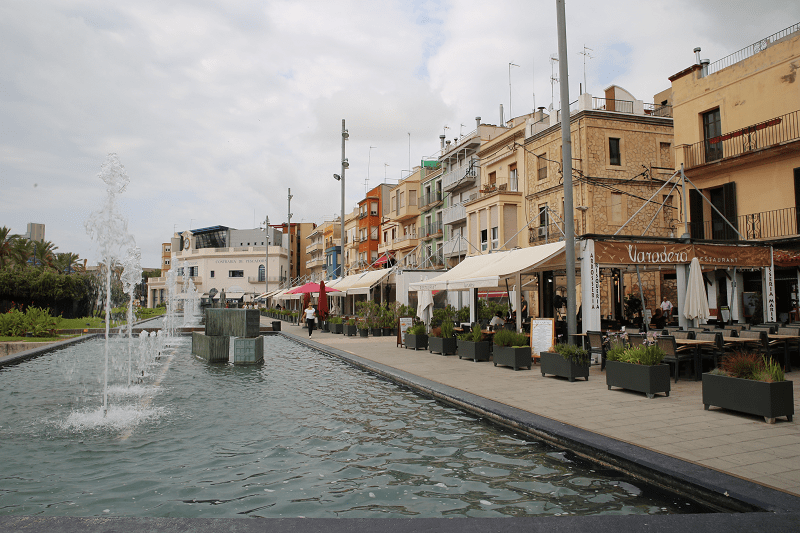 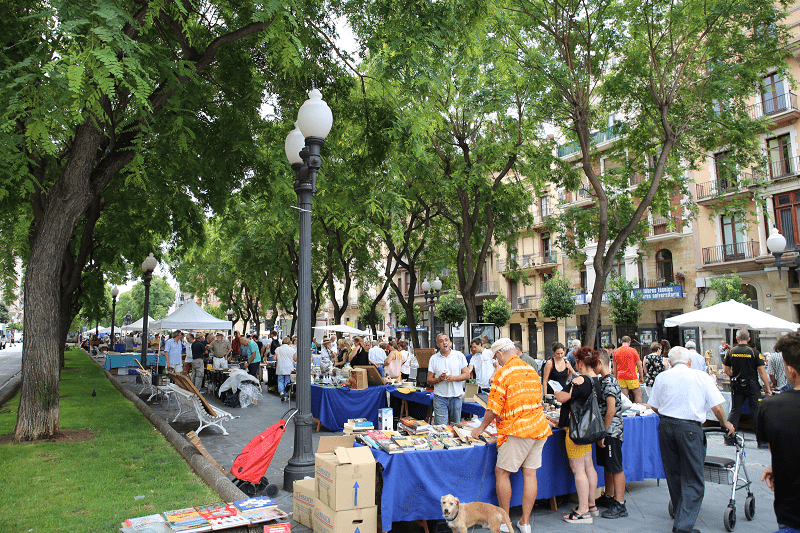 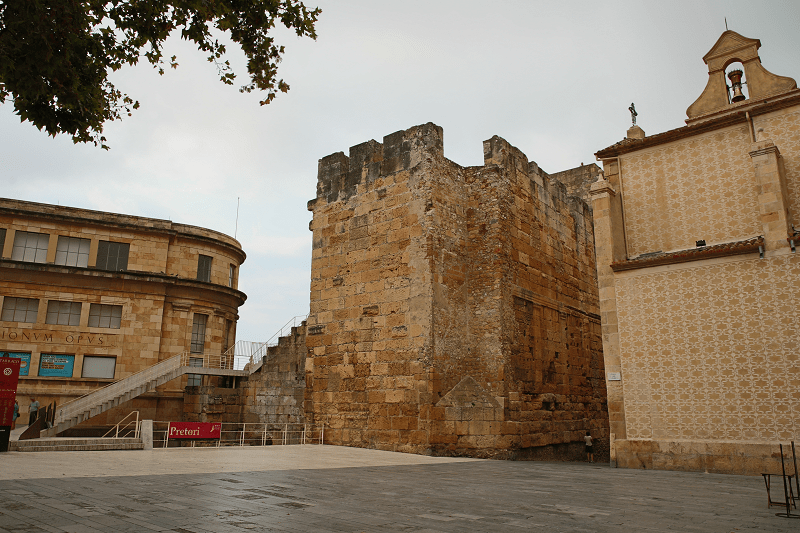 The Tourist Information Center is located at C / Fortuny, 4, Tarragona