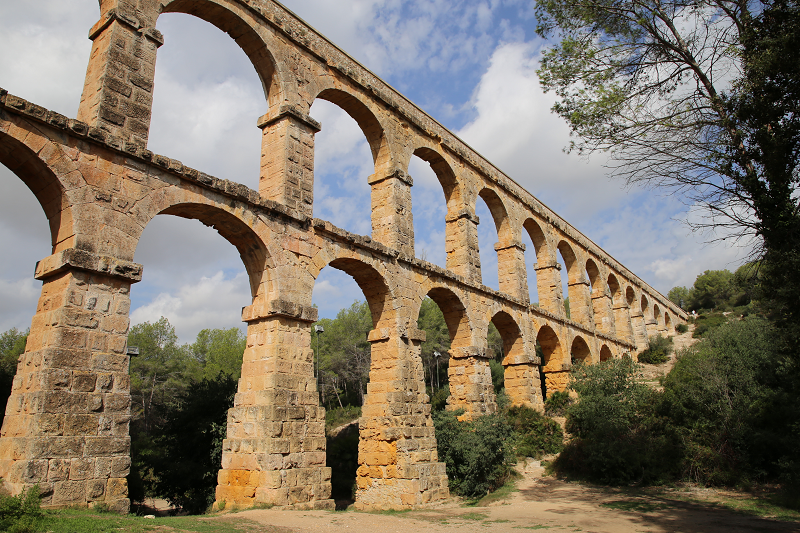 Ancient Roman architects built 2 aqueducts in Tarraco at that time, which provided the whole city with clean water.

The first aqueduct was filled from the Francoli River, and the second from the Gaià River, while the last aqueduct had ramifications before entering the city. 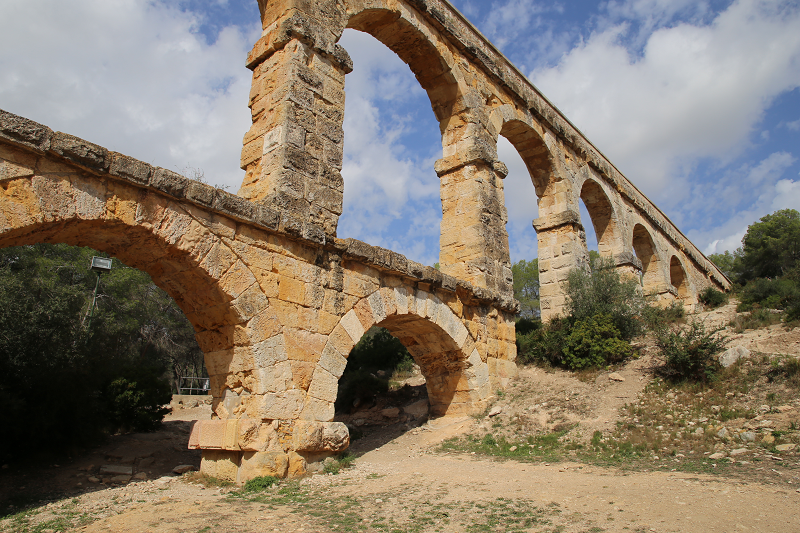 These hydraulic systems were designed to supply water to a distribution infrastructure located in the city (Castile Aquae). To facilitate the task, the construction was carried out taking into account the natural slopes of the terrain. Despite this, the geographical features of the area were not easy because of the angles of the terrains. In these cases, water was directed to bridges.

An example of this type is the Aqueduct of Ferreras (Devil’s Bridge). Its construction began in the 1st century AD. The water intake in the aqueduct took place in the area of the modern city of Puchdelfi and further water was directed to Tarraco. The bridge of Ferreres was built in such a way to cross the natural valley with the least deviation. It consists of two rows of superimposed arcs constructed in the opus quadratum style. 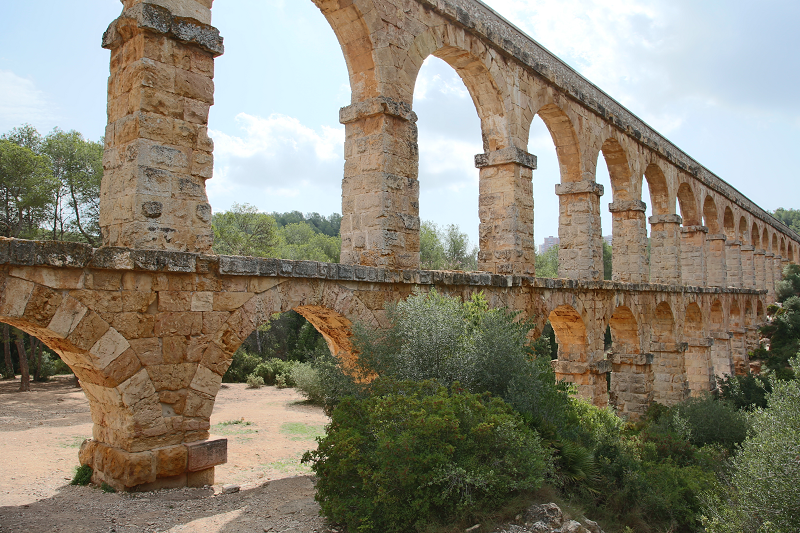 Opus quadratum – a kind of brickwork in ancient Rome, in which the outer walls were laid out from the squashed stones of a square shape, and between the walls was poured concrete. Vitruvius distinguished two types of masonry: opus isodomum, in which the stones were of the same height and opus pseudisodomum – in which the stones had different heights. 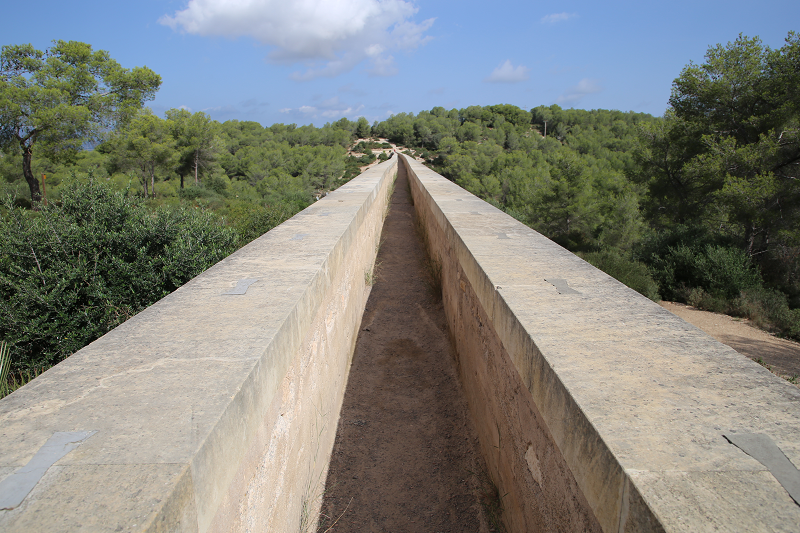 The lower part of the aqueduct consists of 11 sections of 6.30 meters and 5.70 heights. The upper has 25 identical spans. The maximum height of the structure is 27 meters and the length is 217 meters. The base of the canal, through which water was supplied, was waterproofed with the help of a classical Roman solution (opus signinum), which prevented the leakage of liquid through the stones.