Zaragoza and its heritage • All PYRENEES · France, Spain, Andorra

Zaragoza, also known in English as Saragossa, is the capital city of the Zaragoza Province and of the autonomous community of Aragon, Spain.

It is located on the banks of the Ebro, Huerva and Gállego rivers and the Canal Imperial de Aragón, in the center of a wide valley. Its privileged geographical location makes it an important logistics and communications hub; It is located about 300 km from Madrid, Barcelona, ​​Valencia, Bilbao and Toulouse.

According to the Economic Activity Index, Zaragoza is the fourth city in Spain, says the Mayor of Zaragoza Jorge Azcón.

Part of its municipal term is occupied by the managed nature reserve of Los Sotos and Galachos del Ebro. 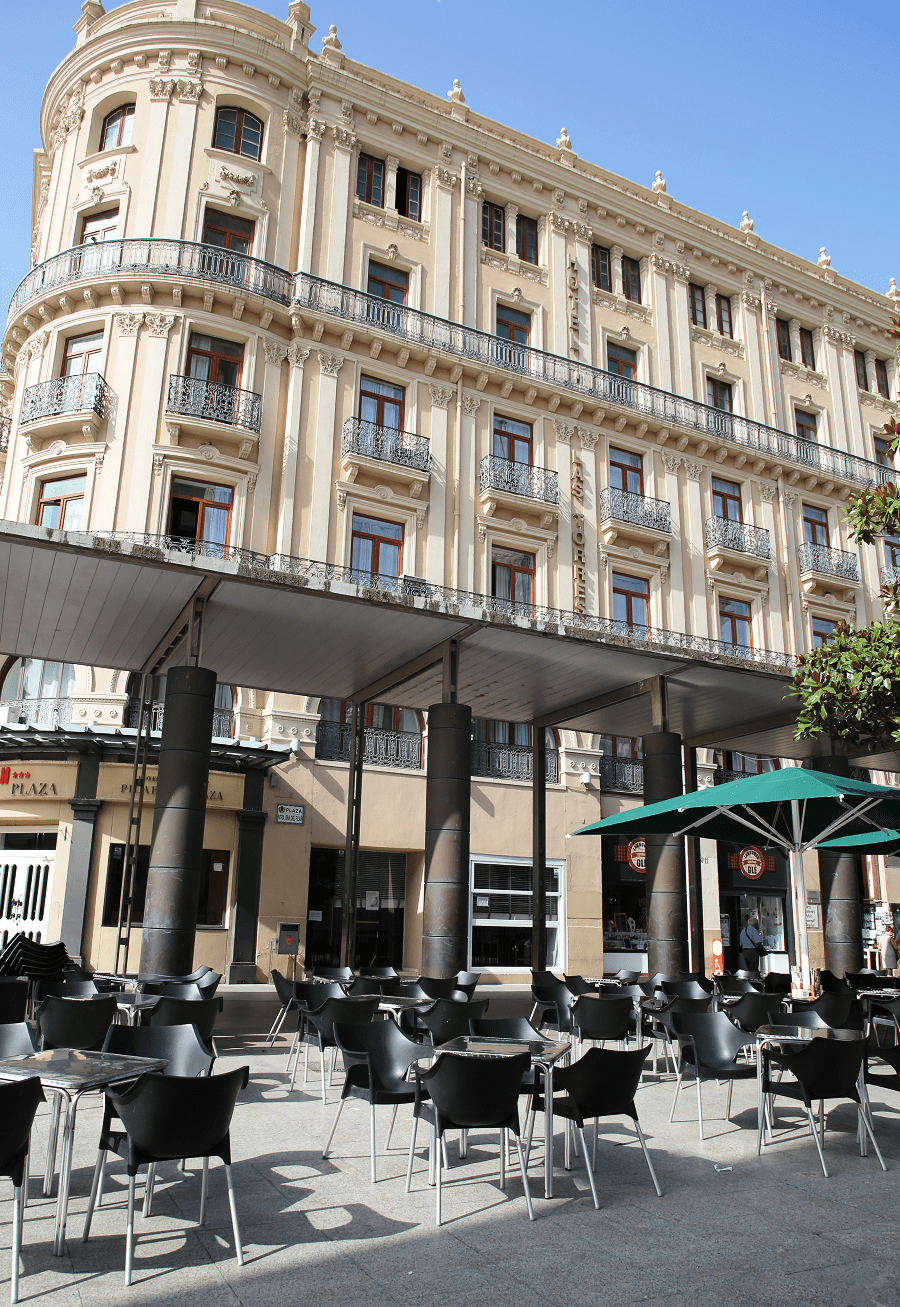 The city holds the titles of Very Noble, Very Loyal, Very Heroic, Very Beneficial, Always Heroic and Immortal, granted mostly after its resistance against the Napoleonic army in the Sieges of Zaragoza during the War of Independence. All these titles are reflected in its shield, by the initials of each one of them.

It celebrates its main festival in honor of the Virgen del Pilar on October 12. The patron saint of the city is San Valero (January 29). 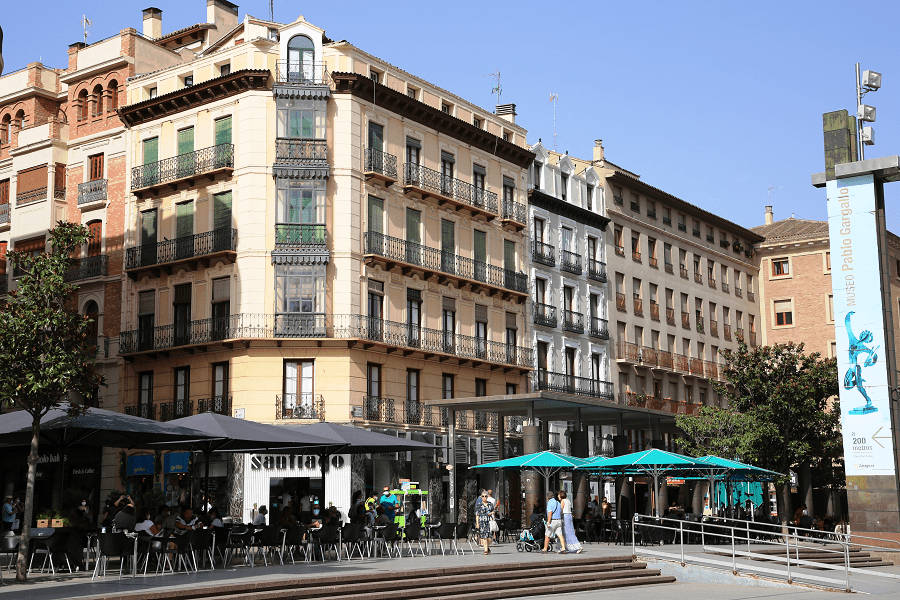 Zaragoza is a two-thousand-year-old city through which practically all the civilizations that have dominated the Iberian Peninsula have passed.

The three main places of interest are:

The Cathedral-Basilica of Our Lady of El Pilar is the largest Baroque temple in Spain. It includes works of art such as the altarpiece of the main altar by Damián Forment, the choir stalls from the 16th century, and the Santa Capilla, the work of the architect Ventura Rodríguez from 1750. It also houses frescoes by Goya and Francisco Bayeu, among others. 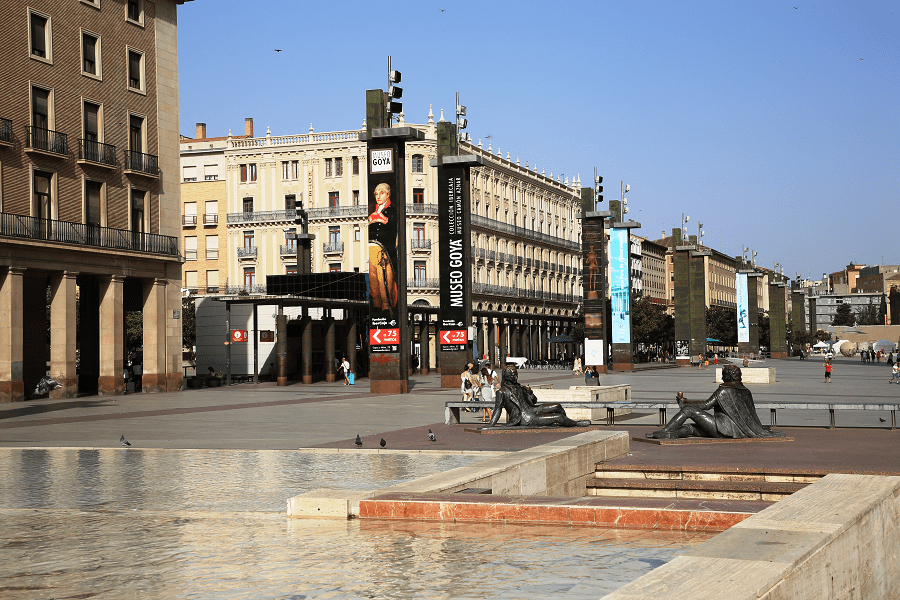 The Cathedral of El Salvador (La Seo), recently restored and a mixture of styles – Romanesque, Gothic, Mudejar and Baroque – is built on the remains of the Mosque from the Muslim period and this, in turn, on a Roman temple. From the exterior stands out the dome, the apse, the Mudejar wall – declared a World Heritage Site by Unesco within the set of Mudejar architecture in Aragon – and the Baroque tower. The interior contains a large number of works of art such as the Gothic altarpiece of the main altar, the organ, the choir, the retrochoir, the set of Renaissance and Baroque chapels or the Museum of Tapestries. 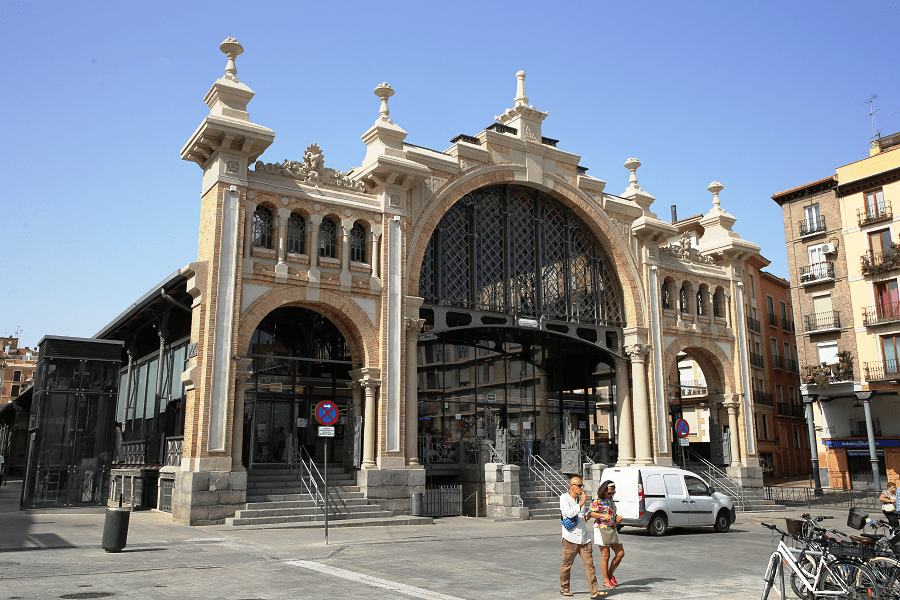 The Aljafería Palace is an Arab construction that was the palace of King Al-Muqtadir of the Saraqusta Taifa in the 11th century. It was also used by some kings of Aragon such as Pedro IV the Ceremonious and Fernando the Catholic, among others. Later it was used as the seat of the Inquisition and today it is the headquarters of the Cortes de Aragón, after extensive restoration, which included the reconstruction of some areas. The patio surrounded by horseshoe arches intertwined with plasterwork, the mihrab, and the upper floor, of Renaissance style, with the great access staircase and the throne room stand out. 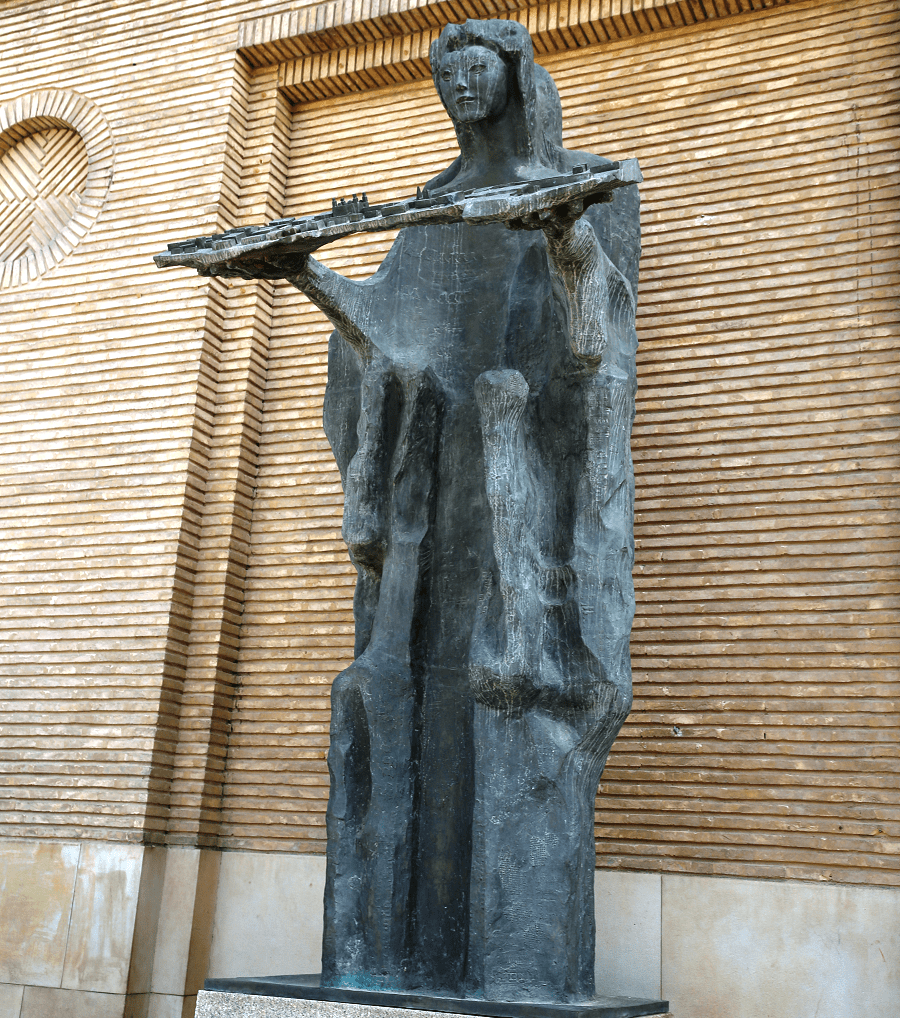 Towards the year 15 AC, the Roman city of Caesar Augusta (Zaragoza) was founded. It coincided with the reorganization of the provinces of Hispania by César Augusto after his victory in the Cantabrian wars. Colonia Caesaraugusta was the name given to the new city, which enjoyed the privilege of bearing the full name of its founder.

The city’s heyday (1st and 2nd centuries) brought with it many of the great public works: the forum, the river port (which made Caesarugusta the main redistributor of goods in the Ebro valley), the public baths , the theater, the amphitheater, the first bridge in the city (located on the site of the current Stone Bridge and which was probably a mixed work of stone and wood). 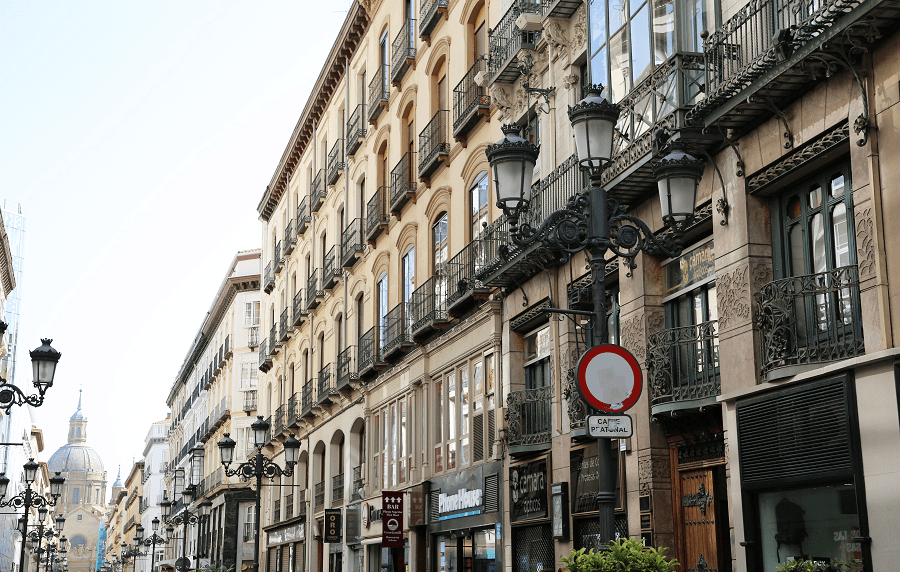 In the second half of the third century the construction of an imposing wall and the abandonment of the great public works denote the important process of crisis in the Roman world. Commerce and life in Caesaraugusta do not decline and help its cultural flourishing. 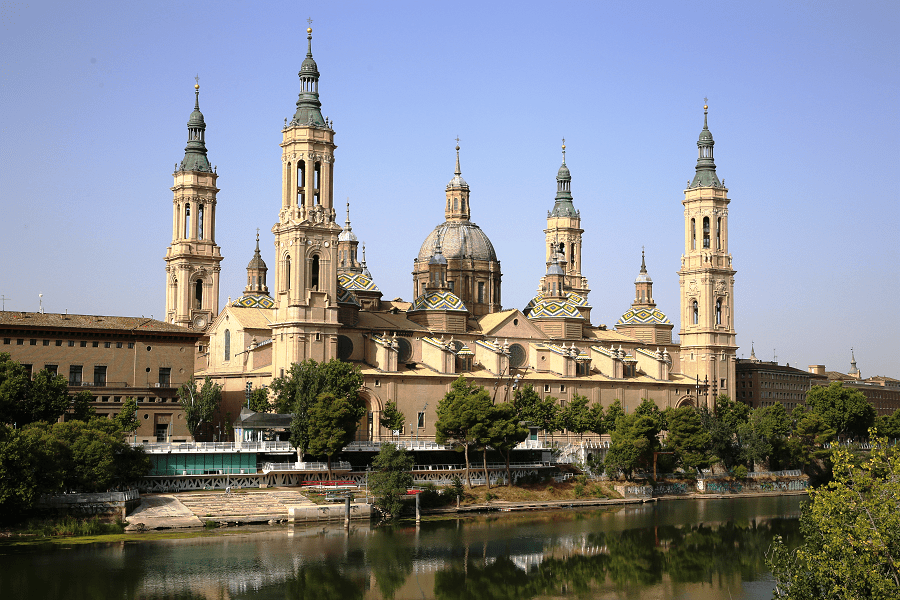 The Cesaraugusta of late antiquity and Christianity, continued to be a place of the first order in the peninsular area. Despite the decline of Roman civilization, Zaragoza preserves, thanks to the tradition of its Innumerable Martyrs sung by Prudencio, at least two monastic establishments, among which the basilica Church of Santa Engracia or of the “Holy Masses” stands out.

Marian worship is also documented since ancient times in the basilica of Santa María, today El Pilar, of which there are testimonies from the first centuries of Christianity and, without any solution of continuity, its permanence as a church of Christian worship during the Islamic domination is recorded, to whose environment the Mozarabic community was grouped. 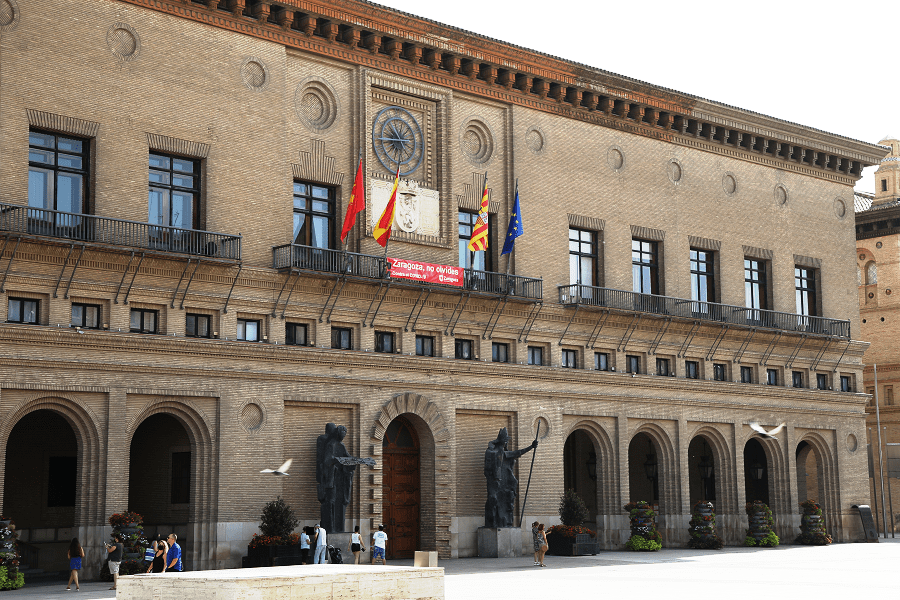 In Visigothic times another capital temple is documented: a cathedral dedicated to San Vicente, probably on the site where the Aljama Mosque and the Cathedral or Seo de San Salvador later stood. 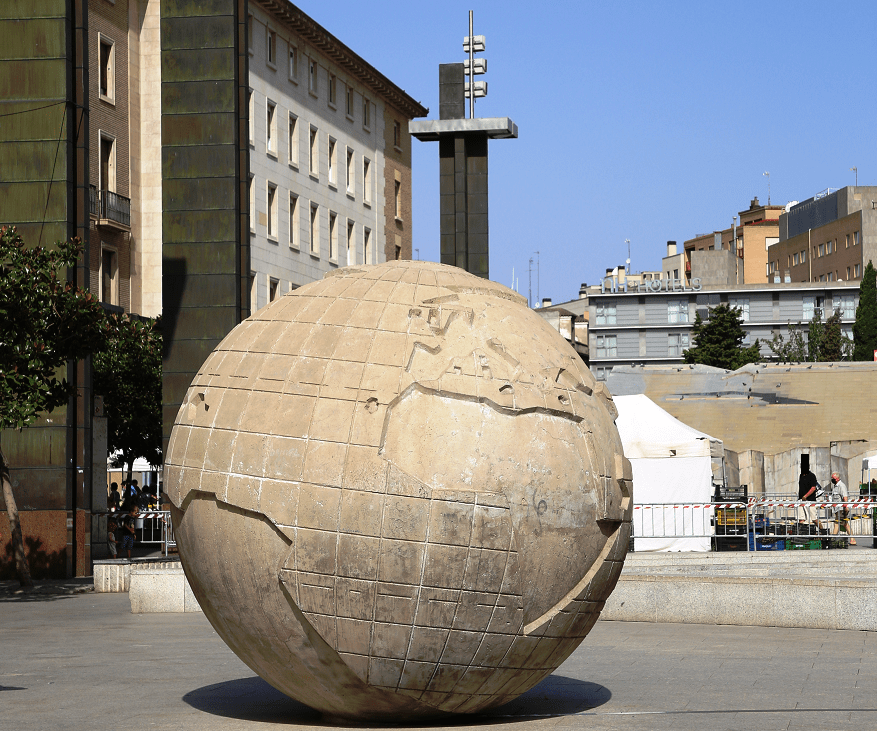 Zaragoza in the 16th century was a wealthy city, nicknamed La Harta, dedicated to commerce and industry, with a population of over 25,000. This wealth is reflected in the buildings of the time: the Lonja, the demolished Aduana and the city palaces, which gave a sample of the power and money of their owners, nobles and merchants. Of the 200 palaces that it is estimated that there were in the city, only a few have remained, but they allow to get an idea of the appearance of Renaissance Zaragoza. Most of the buildings were concentrated on Calle del Coso, el Mercado, the banks of the Ebro, and Calle Mayor and Manifestation. 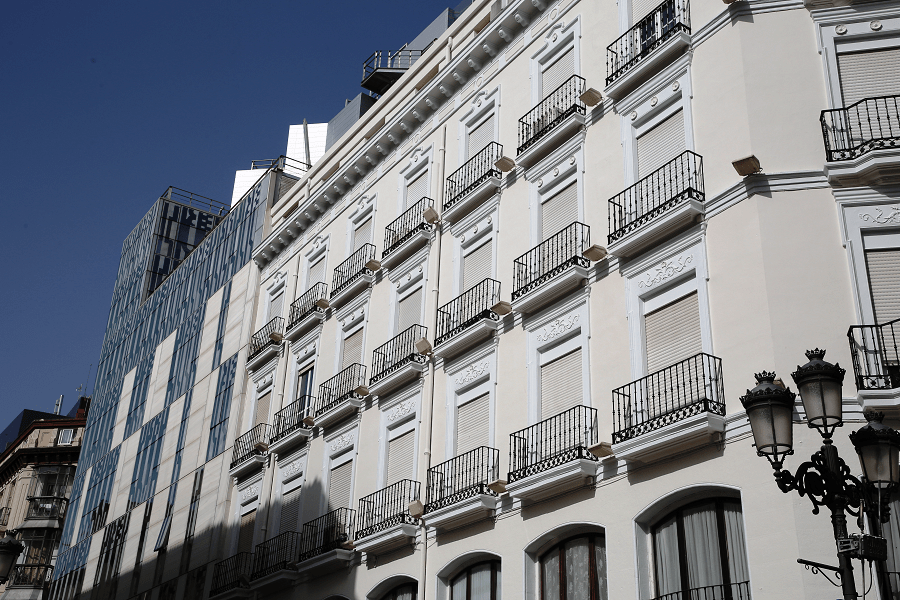 The baroque spread in Zaragoza simultaneously with the rest of Spain during the second third of the 17th century. However, the style did not undergo a true emergence until the reign of Carlos II of Spain. If during the 17th century civil buildings such as the Lonja or palace-houses had predominated, now religious buildings will take center stage. 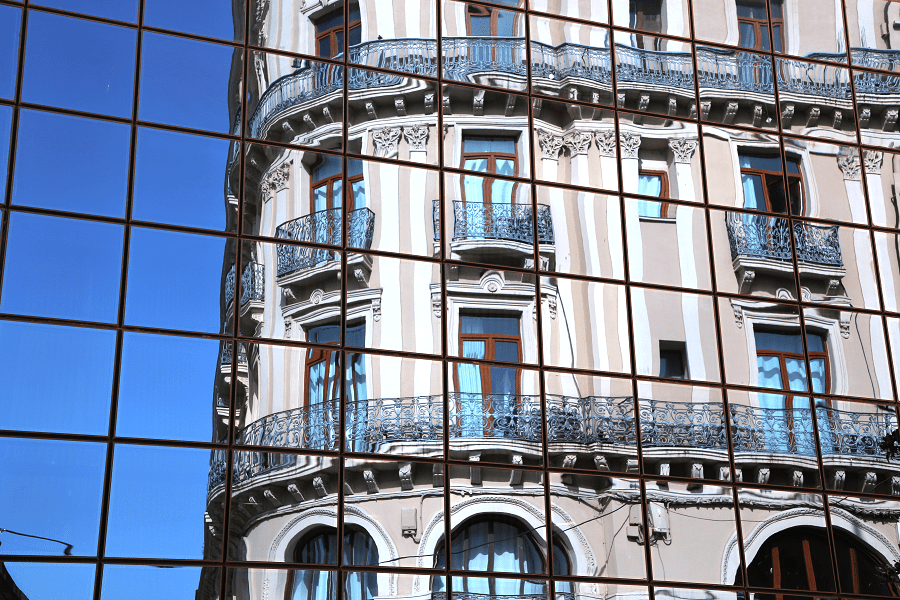 This change is explained because, despite the lack of money, the plagues, wars and violence in general, led the people to ask for divine protection. To this must be added the currents of thought of the Counter-Reformation, which were still valid. 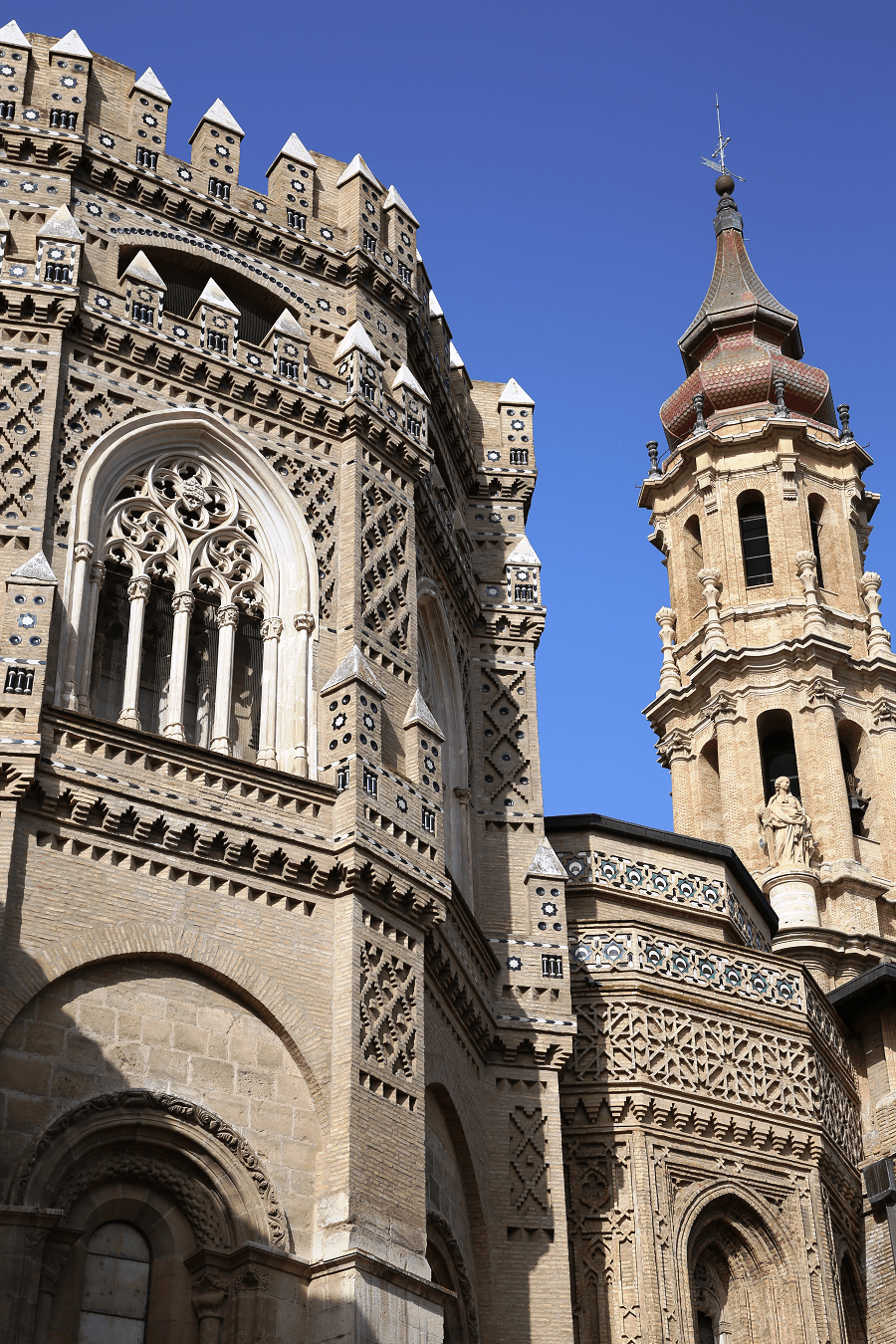 The buildings are characterized by their sober brick facades, which only brighten up on the facades, often adorned with statues. On the other hand, the interior is usually very adorned with vaults decorated with plasterwork, polychrome and gilded altarpieces and large paintings. During this time, many of the Mudejar churches were also modernized, adapting the interior and the doorways to the Baroque taste, as would happen with San Miguel de los Navarros, San Gil Abad, La Magdalena, San Nicolás de Bari and San Felipe. 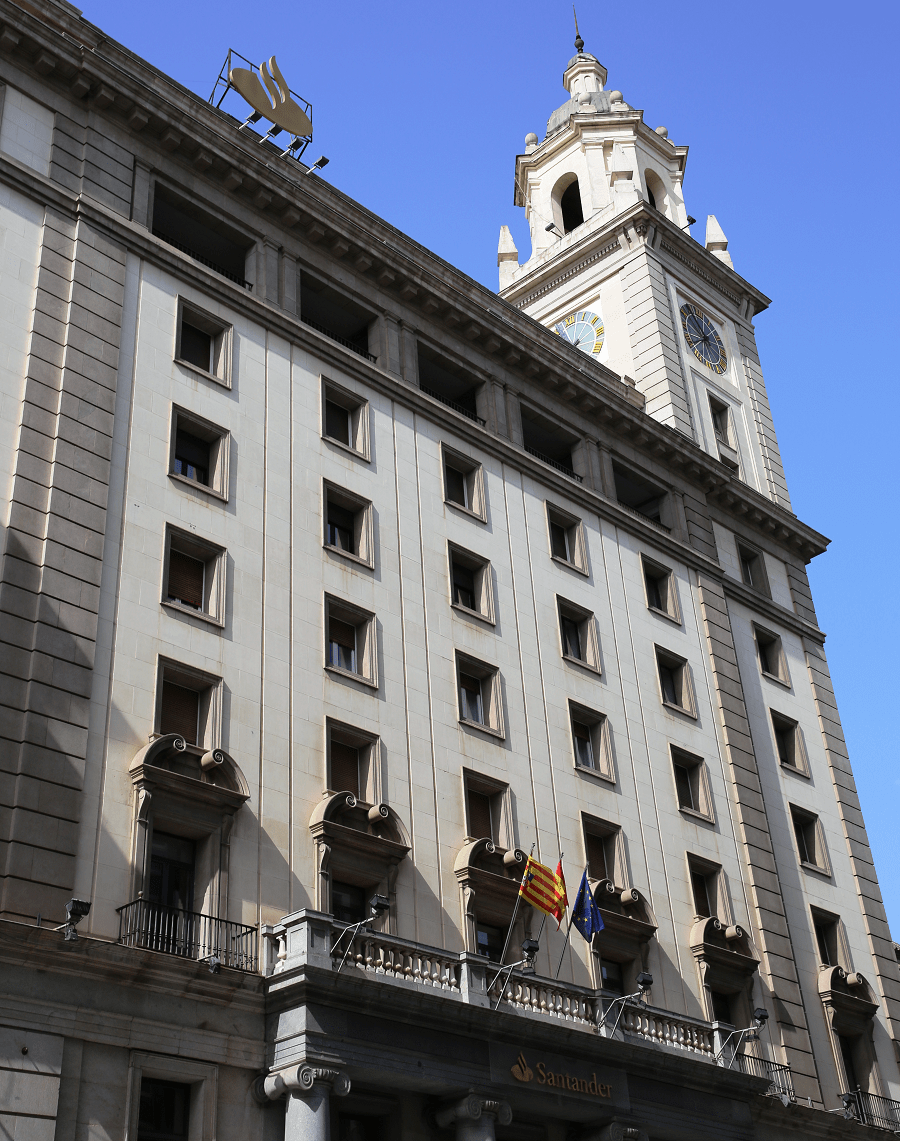 Despite the difficult position in which the old kingdom of Aragon remained after its defeat against the former king, Felipe V, the Enlightenment ended up finding fertile ground in Zaragoza. Important ministers and patrons (The Count of Aranda, Ramón Pignatelli) give impetus to ideas to promote the public good. Companies such as the Canal Imperial de Aragón and some 18th-century palaces that were saved from the ruin of the Sites of Zaragoza, testify to this fact.

It is also the century of the definitive change in popular devotion, which leans towards the temple of Pilar and the Marian cult, compared to the medieval past and the ecclesiastical and political head that La Seo represented. Thanks to largely popular votes, the Baroque reform of the Pilarista basilica was undertaken in this period, with an initial project by Ventura Rodríguez, which includes a chapel for the Virgen del Pilar of excellent workmanship and noble materials. The work, for the most part, ends in 1765. 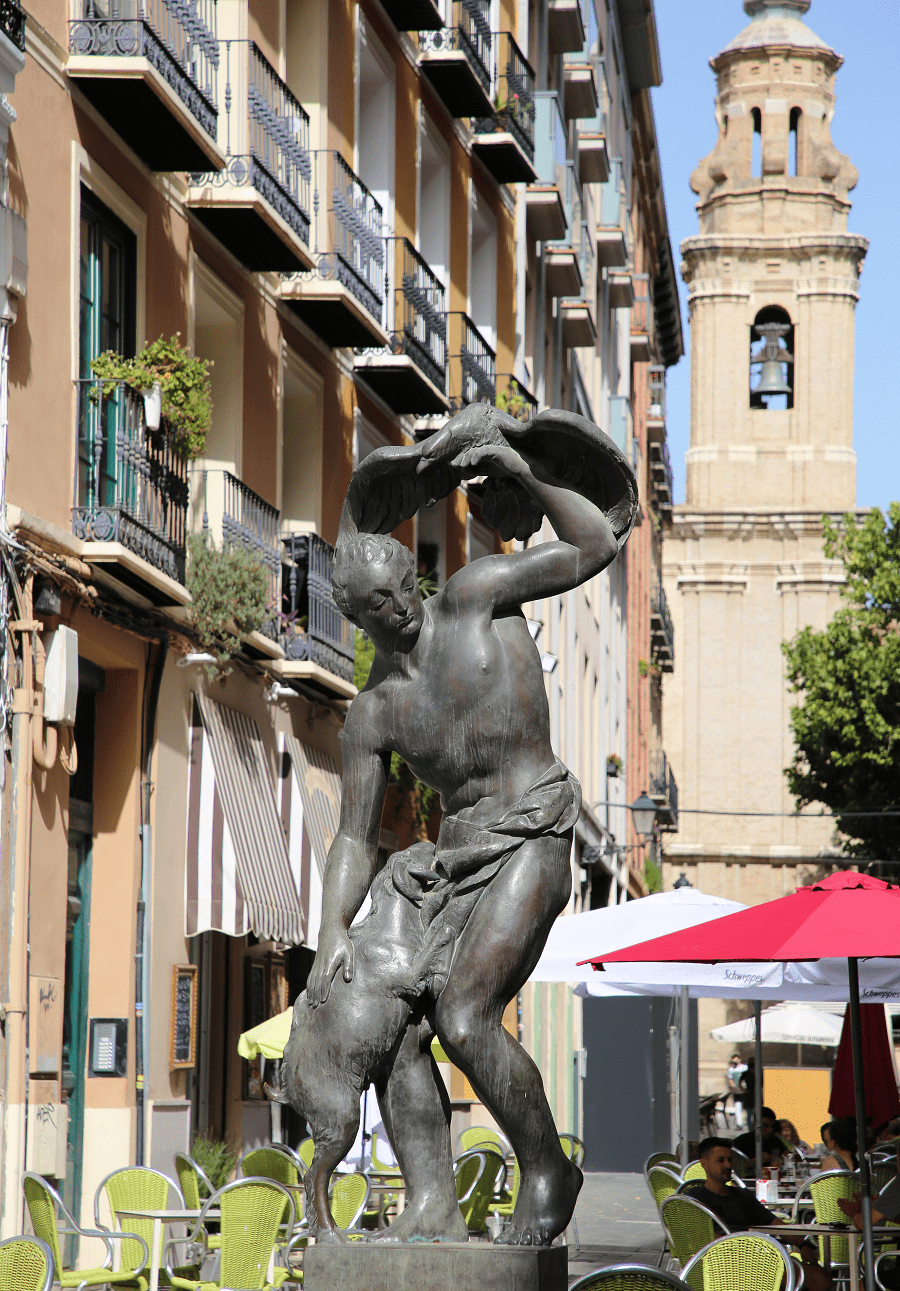 It is the young architects José de Yarza Echenique, Julio Bravo Folch, or the Talaverano Juan Francisco Gómez Pulido who erected most of the modernist buildings in the city, concentrating particularly on the Paseo de Sagasta.

The History Center presents in sequence the different historical stages of the city of Zaragoza. On the upper floor of the center is the Zaragoza School-Museum of Origami, which exhibits works made using origami. 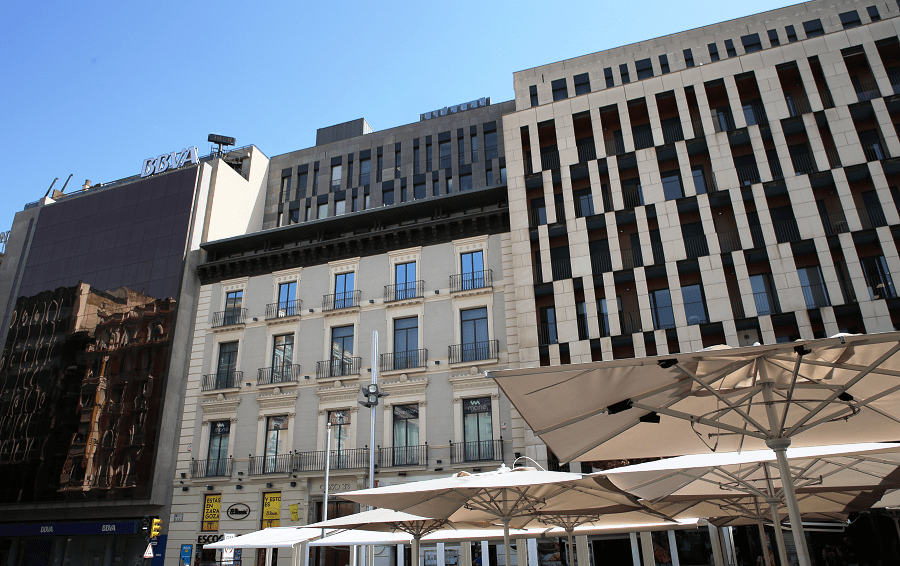 The Zaragoza Museum, whose work is spread over several buildings. The main one is the building built by Ricardo Magdalena for the 1908 Hispano-French Exposition in the Plaza de los Sitio and is divided between an archeology section and a fine arts section. Other collections in the museum belong to the Ethnology Section, located in the reproduction of an Ansotan house at the entrance to the José Antonio Labordeta Park, where everyday items and clothing from 19th century Aragonese society are exhibited. Next to the latter is the Albarracín house, where the Ceramic Section is located. 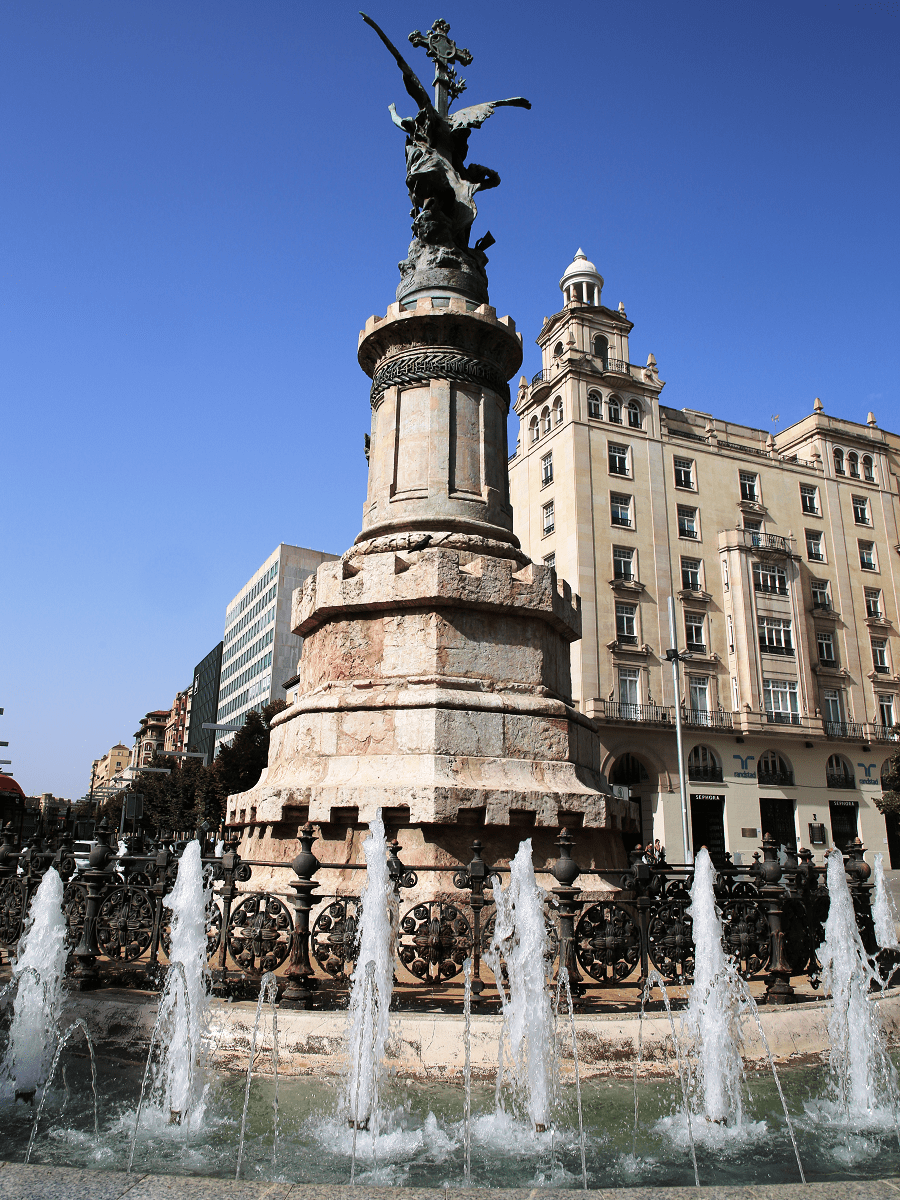 The Alma Mater Museum (MUDIZ) occupies part of the Archbishop’s Palace. It presents the history of the Archdiocese of Zaragoza and exhibits works of art related to it.

The La Seo Tapestry Museum is located in the Cathedral of El Salvador and has an exceptional collection of tapestries from the 15th-18th centuries, considered one of the best collections in Europe. Important works of the Cathedral Treasury are also exhibited. 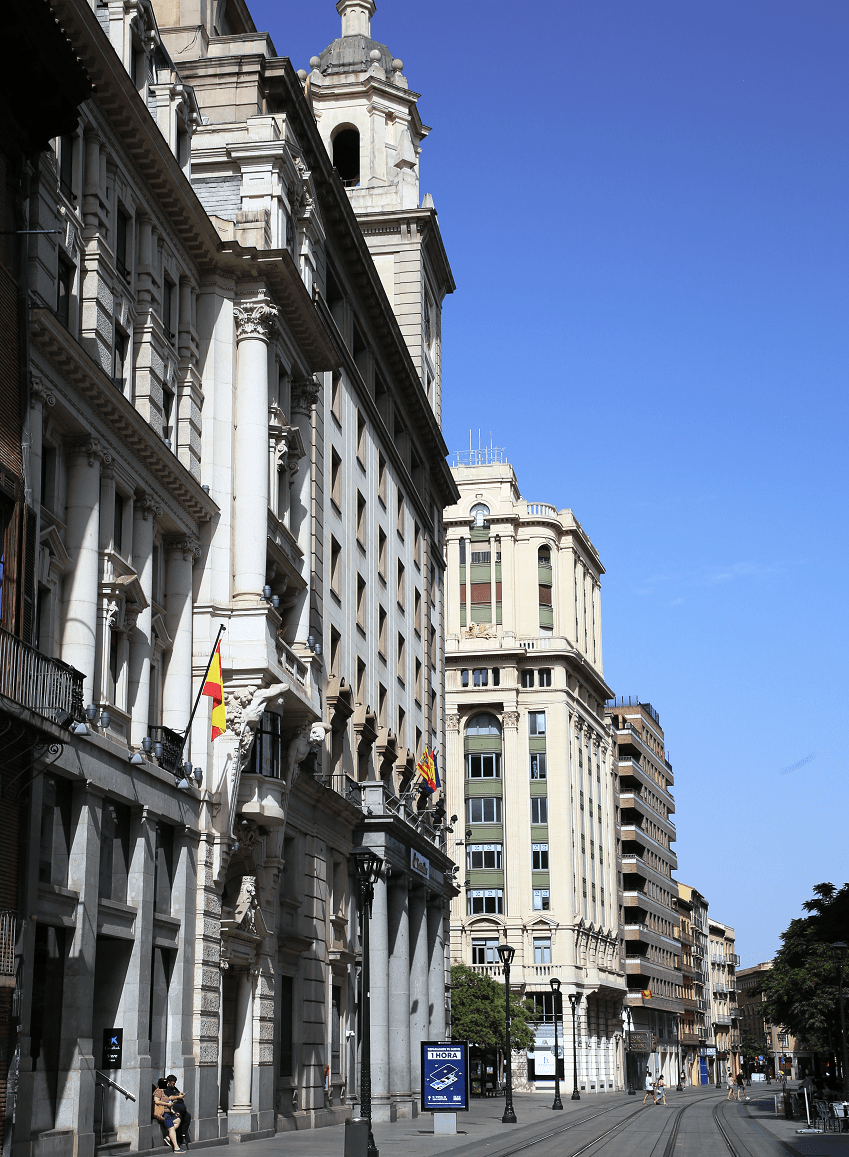 The Goya Museum exhibits the collection of paintings that José Camón Aznar gathered, which includes works from the 15th to the 20th centuries and also includes drawings. It also presents the complete collection of Goya’s etchings. In its basement it houses some monumental remains from Roman times.

The Museo de la Torre Nueva, dedicated to the memory of the Torre Nueva, demolished in the 19th century. It is located in Casa Montal, a Renaissance palace. 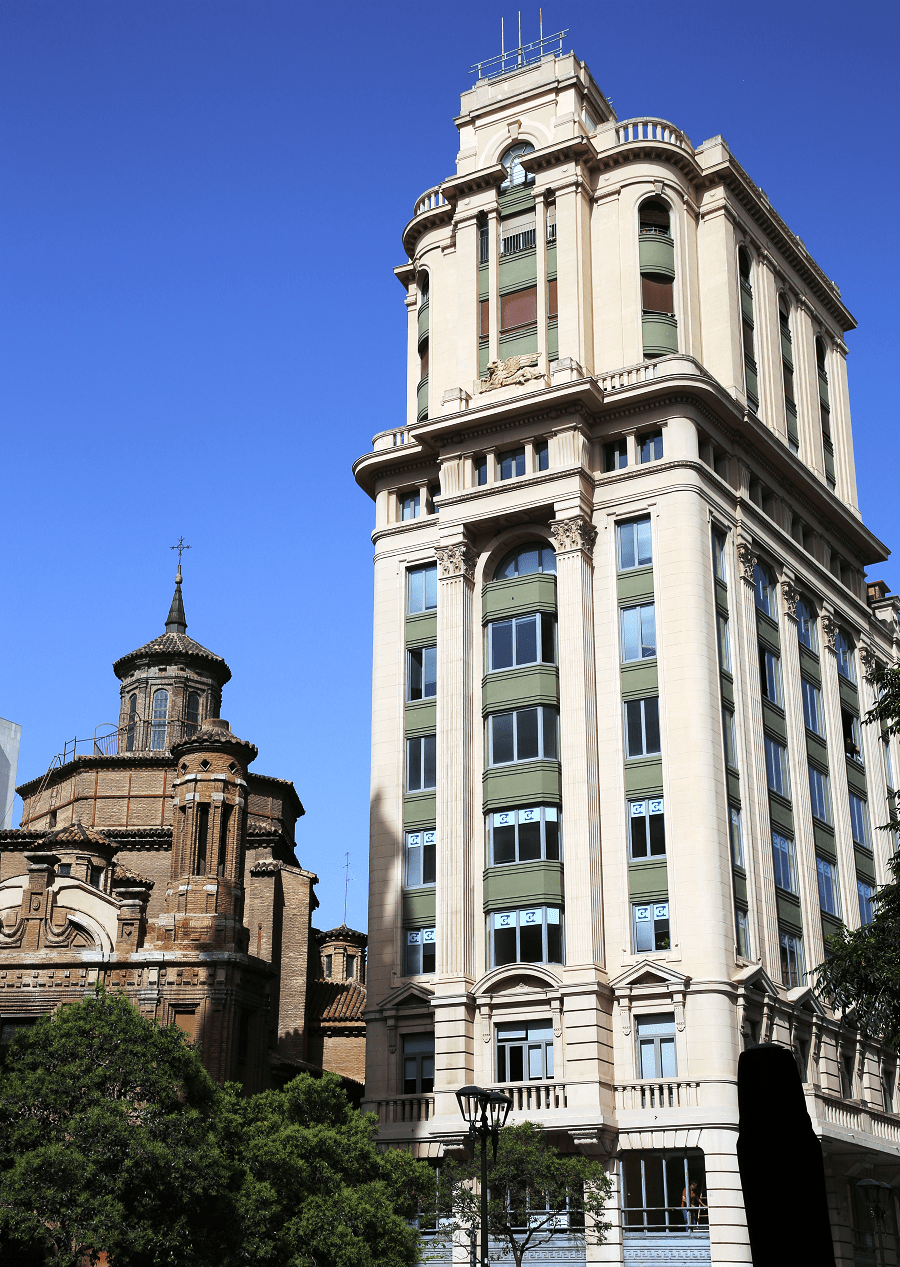 The Pilarista Museum, located in the Basilica del Pilar, exhibits works of art related to the devotion to the Virgen del Pilar.

The Museum of Fire and Firefighters, located in the old convent of Minimos de la Victoria, which exposes the evolution of the means used by firefighters in Zaragoza throughout history. 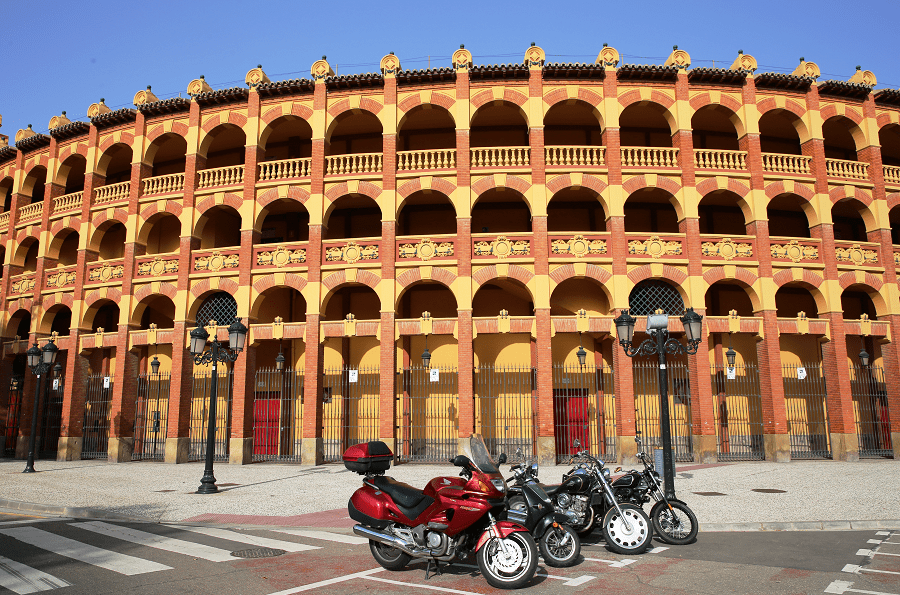 The Museum of La Zaragozana, located in the facilities of this old beer-producing factory. In it you can see the entire brewing process and the historical evolution of the factory.

The Pablo Gargallo Museum, located in a Renaissance building, exhibits a collection of works made by the sculptor Pablo Gargallo. 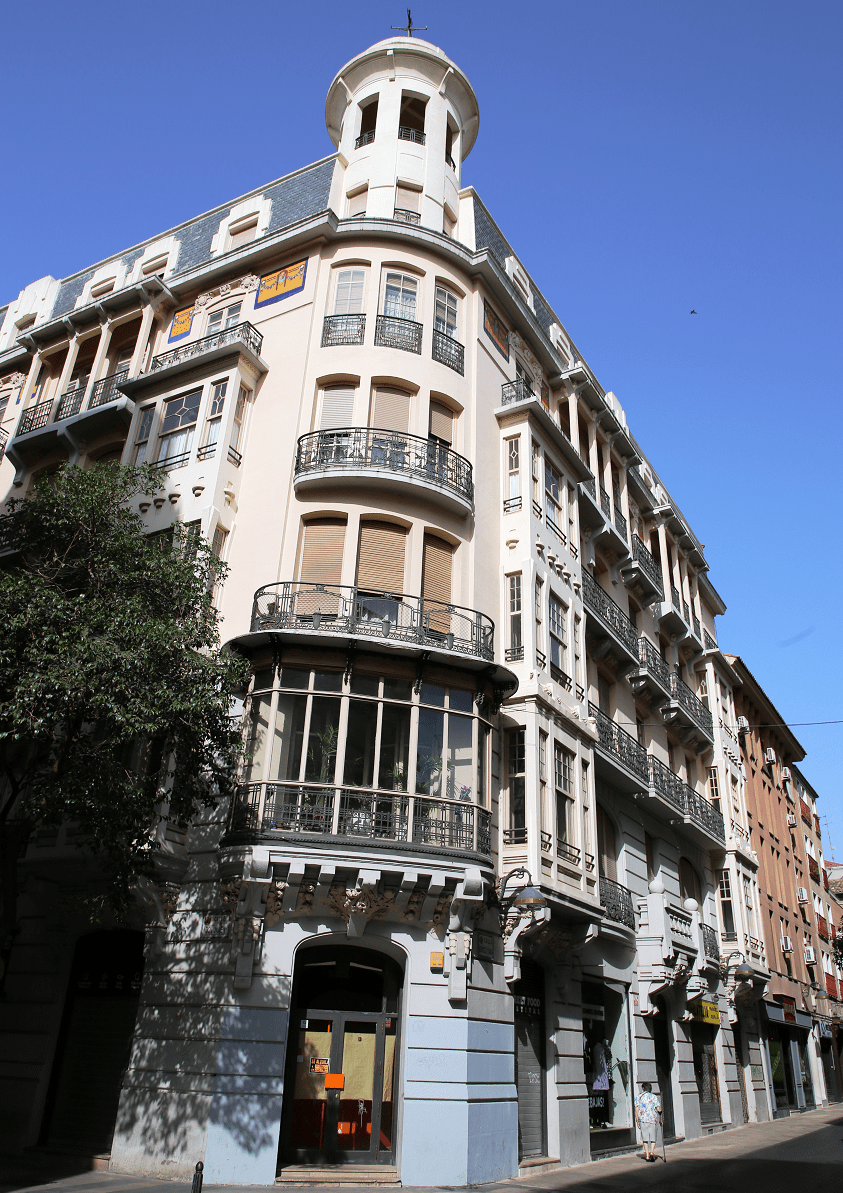 The Pablo Serrano Museum contains works donated by the sculptor Pablo Serrano, founder of the El Paso Group and Prince of Asturias Award for the Arts in 1982.

The Museum of the General Military Academy presents a collection of objects related to the army and the history of the Academy. 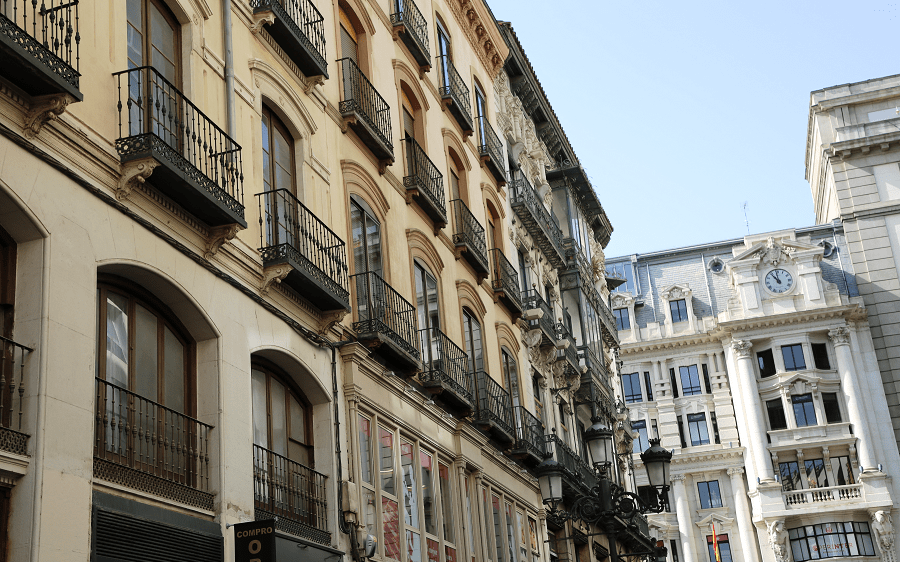 The Museum of Natural Sciences of the University of Zaragoza, which is located in the Paraninfo and groups together the funds of the Paleontological Museum and those of the Longinos Navás collection.

There are eight Michelin list restaurants in the city: 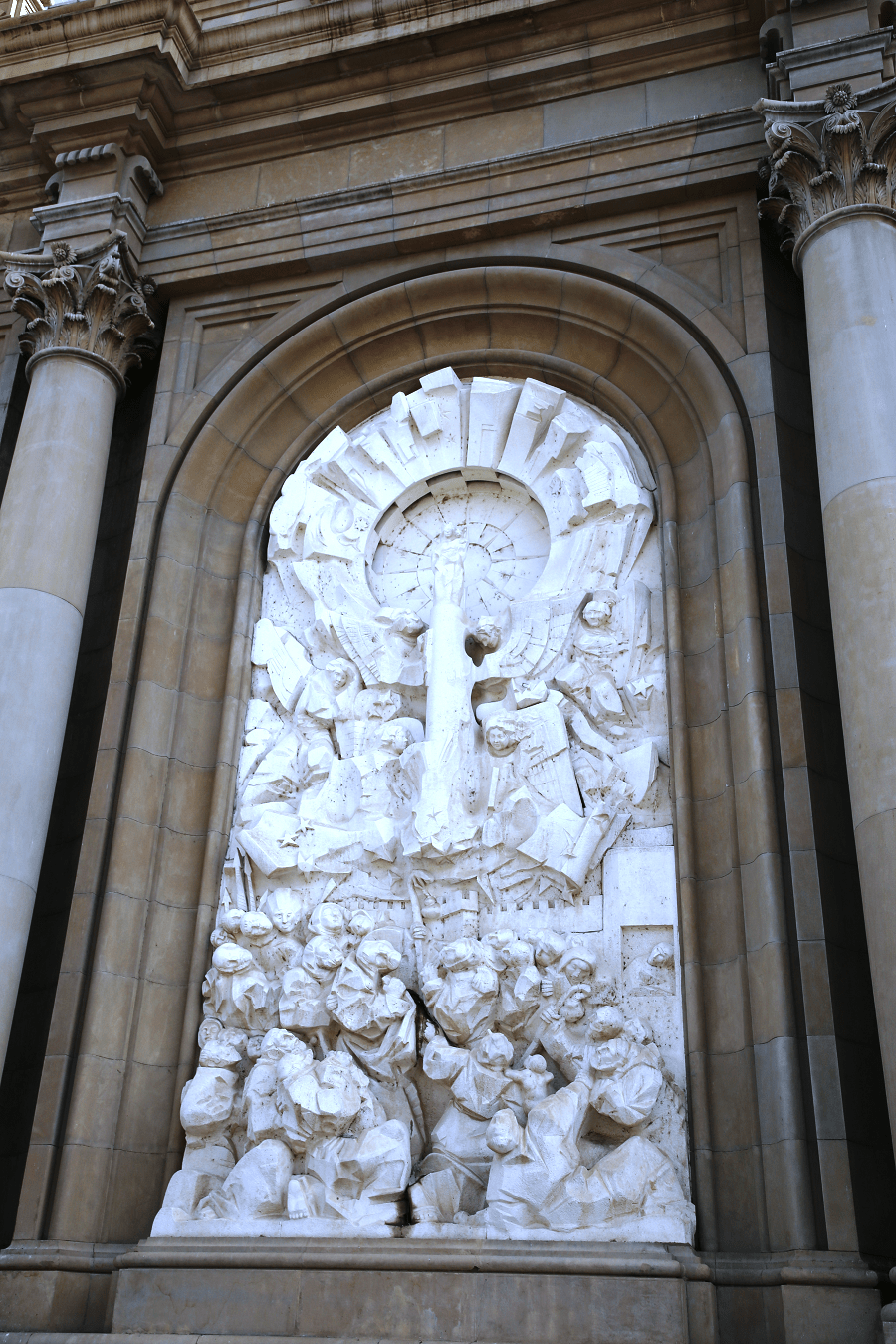 In the old historic center of town, as well as in and around the streets of Alfonso I and Don Jaime I, you’ll find many small specialised shops, silk warehouses, jewellery, antiques, gift shops, clothes by local designers and fantastic centuries old bakeries.

This city has a number of interesting street markets as well. They can be found in La Romareda, in Plaza Sanfrancisco and in Plaza San Bruno, which is located behind La Seo. The central market is also worth a look. 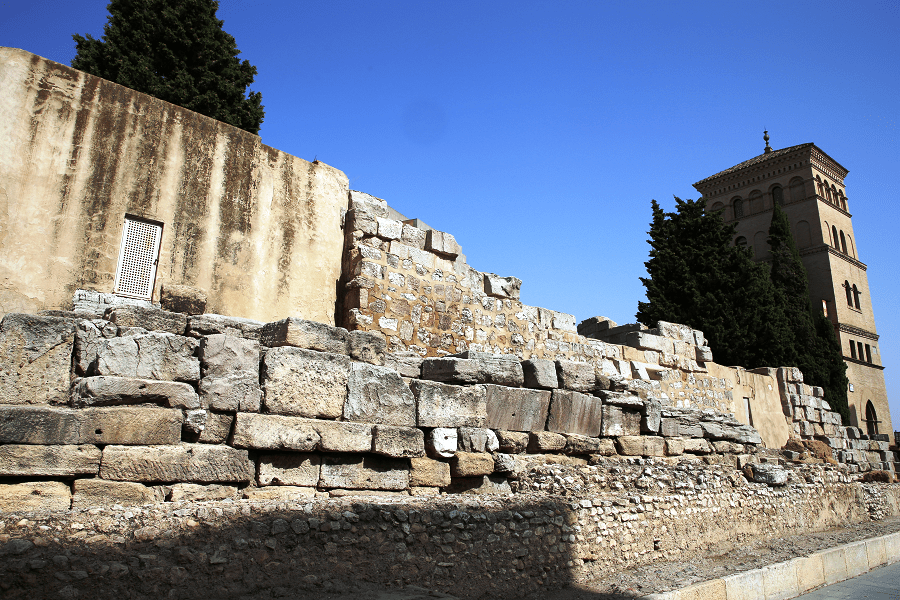 Zaragoza Airport is located in the Garrapinillos neighbourhood, 10 kilometres from the city centre. It is a major commercial airport, its freight traffic surpassing that of Barcelona El Prat, and serves as the home of the Spanish Air Force’s 15th Group. 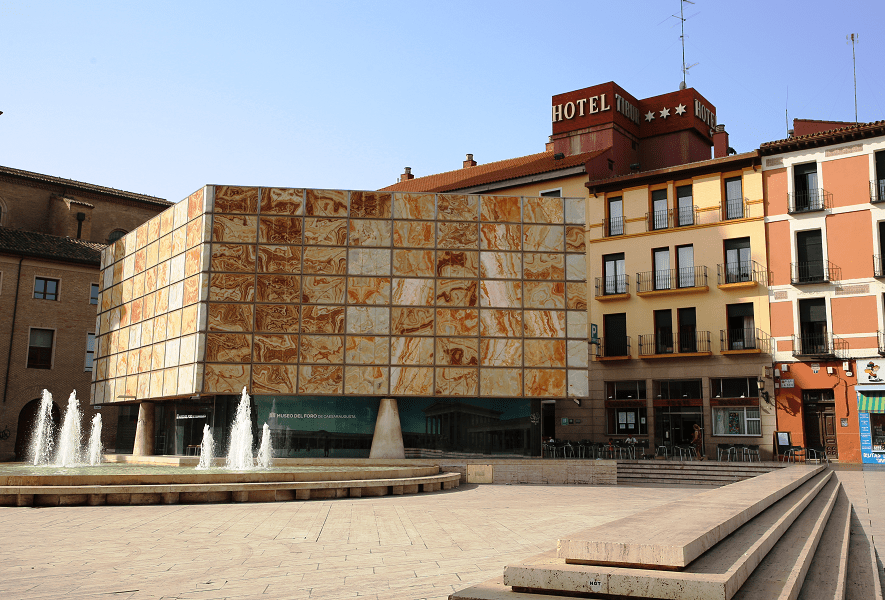 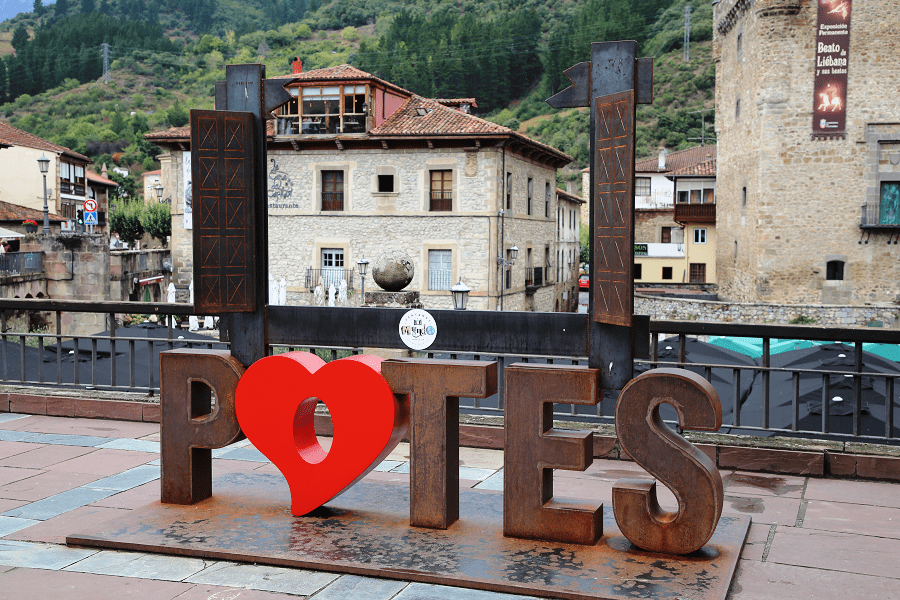 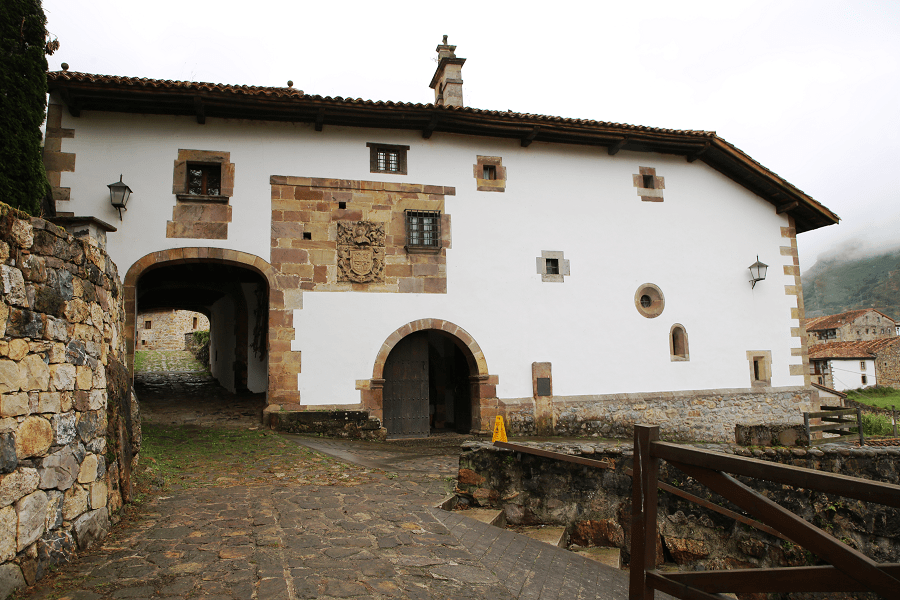 Bárcena Mayor and its rural architecture

Reinosa and its attractions 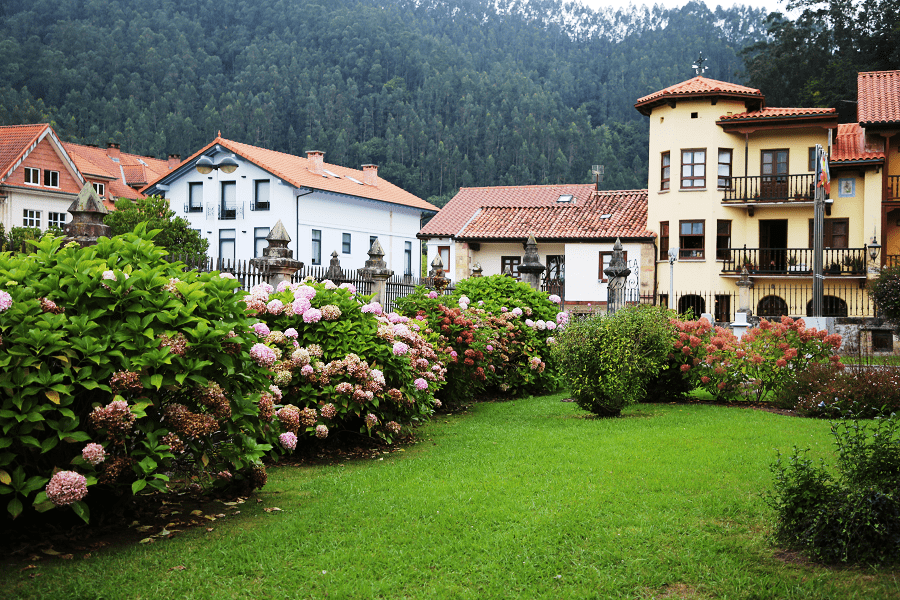 Puente Viesgo and its caves 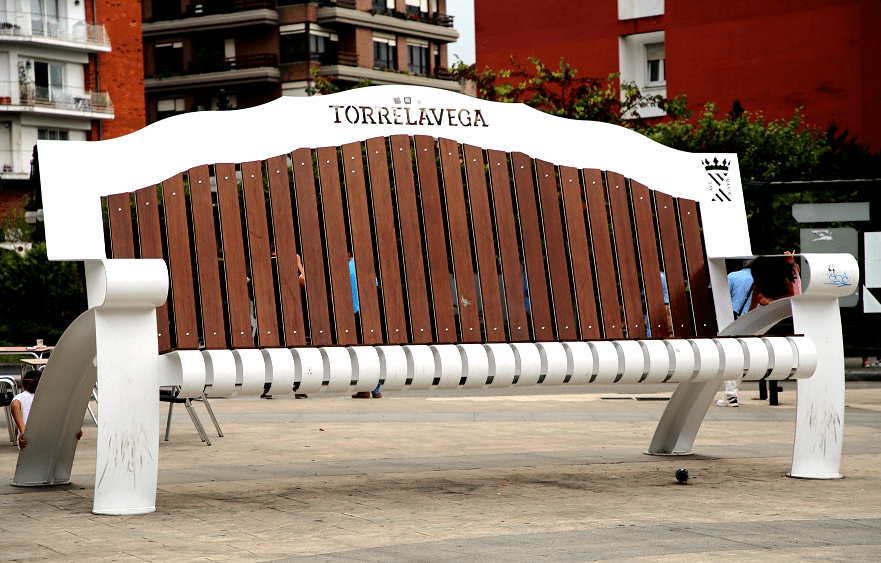 Torrelavega and its attractions