Chateau de Saissac - one of the most mysterious, oldest and largest Cathar castles in the Languedoc region • All PYRENEES · France, Spain, Andorra 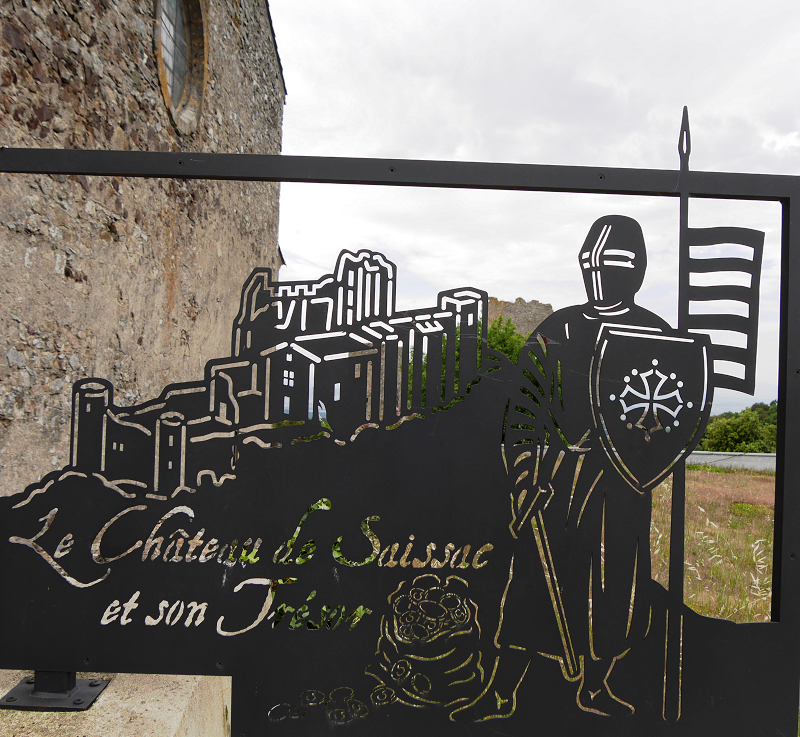 The Saissac Castle (Château de Saissac) is a ruined castle, one of the most mysterious, little studied, oldest, and largest Cathar castles in the Languedoc region. Its walls are 115 meters long and 30 meters wide.

The castle is located in the southernmost part of the commune of the same name in the Aude department, northwest from Carcassonne (France).

It rises above the Vernassonne River, occupying an important strategic position at the foot of the Black Mountain.

The first mention of the castle dates back to 960 and can be found in the will written by the Bishop of Toulouse to the Count of Carcassonne.

The Lords of Carcassonne gave power over the vassals of the region in the 11th century. The first mention of the Saissac family dates back to the same time. The most famous character in this family was Bertrand de Saissac (1140-1202), the protector of troubadours and Cathars.

At the very beginning of the crusade against the Albigensians (a series of military campaigns from 1209 to 1229, initiated by the Roman Catholic Church, to eradicate the Cathar heresy in the Languedoc region. When the diplomatic attempts of Pope Innocent III to influence the spread of the Cathar movement did not find much support among the clergy and large feudal nobility, he decided to start a war. At least one million people were killed during this crusade) Saissac Lords surrendered to Simon de Montfort, the crusade’s military leader.

Thus, power passed into the hands of the barons from the North: Bouchard de Marly in 1209 and then Lambert de Thurey in 1234.

However, they shared the power with the Saissac family members, who held rights over the land, subject to an oath of allegiance to the King of France, and the final Catharism expulsion.

The Saissac “castres” appeared on the site of the present village after the Crusade; there is a medieval fortified village located at the foot of the castle, the remains of which are still visible.

The Bernuy family inherited the castle and turned it into their residence in 1518. The castle housed military forces during the Religious Wars (Guerres de Religions).

The castle belonged to the Maison de Luynes, a family of French noblemen from 1715 to 1789.

The “Saissac treasure” discovery only happened in the year 1979 and it wasn’t discovered in the castle itself but in the town: it was the sum of 2000 denier (12 denier – one solid, gold coin), dating back to the end of the thirteenth century.

The municipality bought the building and its surroundings for a symbolic franc in 1994.

Some restoration work was carried out from 1996 to 2000, after which they opened the castle to the public.

They restored two sixteenth-century rooms from 2004 to 2006.

Features of the castle’s architecture

There were three different periods in the castle’s construction according to studies. The royal court architects participated in the Saissac castle’s rebuilding after the crusade. The castle’s quadrangular towers belong to this period in particular. The Bernuy family rebuilt the castle in the Renaissance style in the middle of the sixteenth century.