The ministers of sport of small European states have met in San Marino to discuss the Games of the Small States of Europe in 2017 • All PYRENEES · France, Spain, Andorra 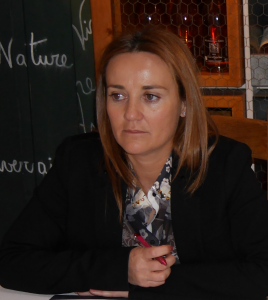 The Minister of Culture, Youth and Sports of Andorra Olga Gelabert took part in the meeting of the ministers of sports of small European states. The meeting was held in San Marino on the eve of the Games of the Small States of Europe in 2017.

The Games of the Small States of Europe (GSSE) is a biennial, multi-sport event, launched by the Republic of San Marino, organized by and featuring the National Olympic Committees of eight European small states since 1985. The Games are held at the end of May or beginning of June, and feature competition in nine Summer Olympic sports.

The games are organized by the members of the European Olympic Committees (EOC). From its initial forming at the 1984 Olympics through 2009 there were eight members; the group’s ninth member (Montenegro) was added in 2009. Members all have a population of less than one million people (Cyprus is the only exception, however its population was below one million in 1984). Participating countries are:

The meeting was also attended by the chairmen of the Olympic committees of these countries.

During the meeting Olga Gelabert emphasized the importance of sport in the life of society from the point of view of sustainable social development, reminding that Andorra became the venue for the largest international sporting events. Among them she named Font Blanca – the stage of competitions in alpine skiing, as well as the project KiSS Andorra (Keep it shiny and sustainable), which was initiated by the International Motor Sport Federation in order to promote sport and protect the environment at the same time.

Olga Gelabert said that a new law on sports will be submitted to the parliament of the principality, which means improving of the sports infrastructure, including repair and construction of new sports facilities.