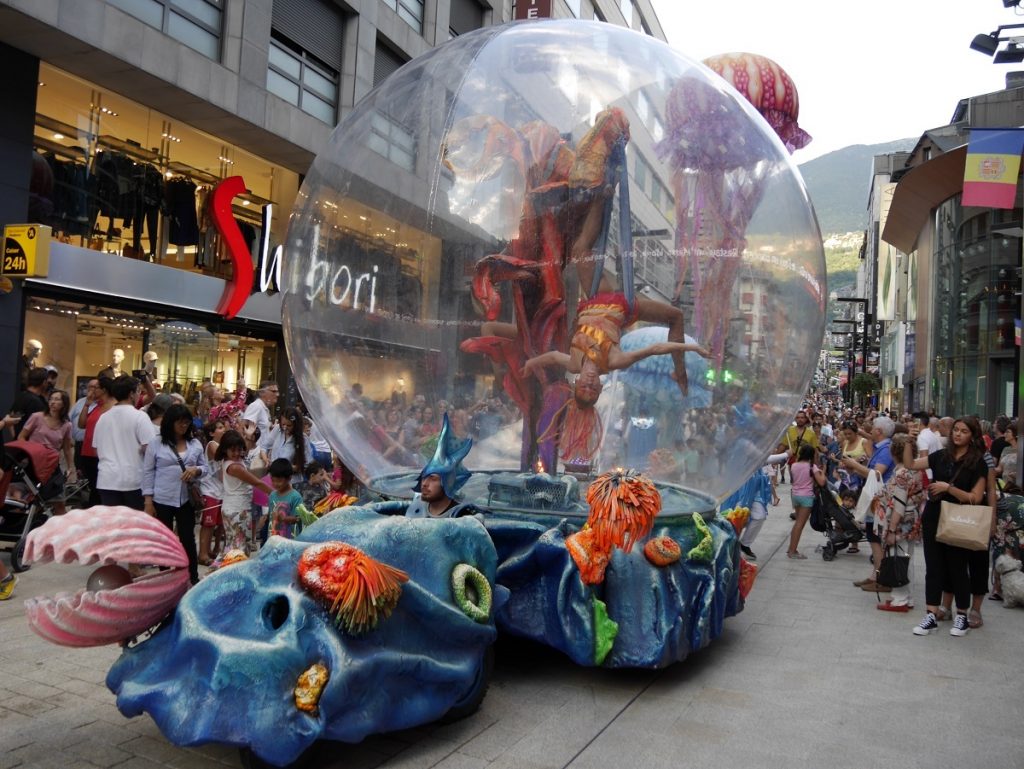 Andorra la Vella started celebrating the City day. On the eve of this event, works on the main shopping avenue – avenida Meritxell – were complited to make it a safe and modern 21st century shopping street, a part of the technological project “smart city”.

Works on 20 000 square meters have been continued for four months. In particular, 131 people took part in the project, 1700 tons of granite were used.

Now the street has become convenient for pedestrians.

In September, a tender for its further improvement will be announced.

The City day began with a show of “jellyfish” and acrobatic performances (see photo). Tomorrow the holiday will be continued on placa Guillemo Square – from 13.00 here it is going to be a medieval ball. On Sunday, August 5th, there will be a solemn mass in the church Sant Esteve. The celebration will last until next Monday inclusive.

Moreover, from today a countdown before the Olympic Games for people with intellectual disabilitieshas begun. It will be held in Andorra and Spain (la Seu d’Urgell) from 4 to 7 October.