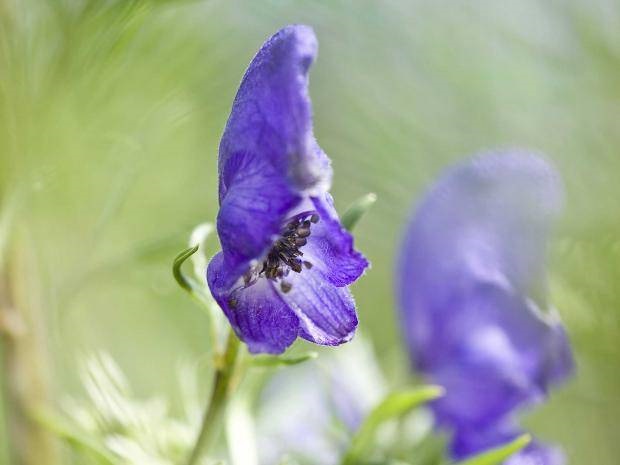 A family is admitted to Andorran hospital after being poisoned

A family with severe  symptoms of poisoning, was admitted to the Nostra Senyora de Meritxell Hospital after eating a toxic plant.  This plant is known by various different names such as monkshood or wolf’s bane but it is officially called Aconitum, and in Catalan it is known as escanyallops.

According to sources at the hospital, at least two of the people concerned, had to be taken to the  intensive care unit. Those affected by this poisoning are a middle-aged couple, their daughter and her partner.  According to our sources, the father had five heart failures, and he is in the worst condition. The head of the accident and emergency department (A & E) avoided giving details of the patients and the cause of intoxication.  In fact, yesterday evening he admitted that they still didn’t know the name of the plant that had caused the poisoning, but he did say that one of the symptoms they had was heart problems. However, he did confirm that the family’s condition was  “very serious”, but he refused to specify how many people were being treated for having consumed the plant.

The patients, who are residents in Andorra, arrived at the hospital at around 5:00 pm, and they explained that they began to feel ill after consuming a plant that they had mistaken for wild celery. Aconitum is considered to be the most toxic plant in Europe and no antidote has been found to prevent its effects, which also include vomiting and the sensation of burning in the mouth. Some theories claim that the barbarian peoples used it to poison arrow heads.

The name of the plant in Catalan is “escanyallops” or “matallops” which comes from a legend that explains that the wolves eat certain roots during the winter and, sometimes by mistake they consume the aconite plant, and they die. The aconitum is found in the Pyrenees, next to water courses and forests. It lives in altitudes of between 1,500 and 2,500 meters and appears in clusters in the middle of meadows where cattle pass through.