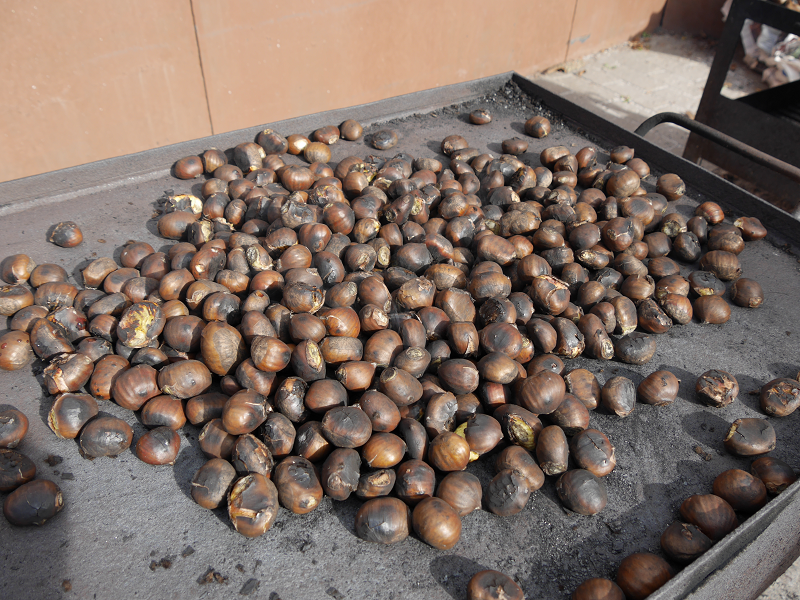 La Castanyada—a national holiday of Catalonia (the day of chestnut) is widely celebrated in Andorra. The name of the holiday derives from the word castanya—that is translated as “chestnut”. Chestnuts can be bought here on Allhallow Day Eve (Tots Sants) that coincides with a second popular Halloween—at night from October 31 till November 1. On Chestnut day chestnuts are fried on open fire in huge pans filling the air with sweet smoky smell. Traditionally, people eat them with sweet baked potatoes (moniato), confectionery (panelets) and drink sweet white wine (vi ranci and moscatell).

The Day of Chestnut. The tradition to eat fried chestnuts and sweet potatoes takes its origin from Medieval centuries. On the Allhallow Day Eve in all parishes and monasteries of Catalonia bell ringers tolled bells reminding the citizens to pray for the souls of the departed.

Chestnuts were the food for bell ringers—they are very nutritious and the mid of autumn is the season for it. Congregants baked chestnuts in the squares in order to help bell ringers to restore their energies as far as they had to toll the bells all night long. This is how a good tradition to eat chestnuts and sweet potatoes, drinking Muscat wine, emerged. A bit later one more dainty of this day was added to the traditional list —sweet buns “panelets”.

From the end of XVIII century chestnuts became the objects of trade: chestnuts could be bought at all central squares. From this time the symbol of the holiday emerged: old lady dressed in long dark skirt with kerchief and apron – is a typical chestnut seller. La castanyera is the main heroine of Catalonian central streets. Chestnuts in Catalonia and Andorra can be bought in the end of October—the beginning of November.