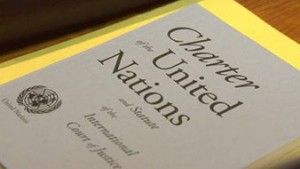 Prior to her appointment, Ms. Vives Balmaña served as President of the Andorran National Commission for the United Nations Educational, Scientific and Cultural Organization (UNESCO) from 2012 to 2015 and was also Head of Protocol and Administrative Affairs of the Conseil General (Parliament of Andorra) from 2001 to 2015. Ms. Vives Balmaña was also Ambassador of the Principality of Andorra in Italy and Morocco from 2000 to 2001. She was Director of the Principality’s Ministry of Foreign Affairs from 1998 to 2001 and before that – a Desk Officer, responsible for the Community of Labour of the Pyrenees, from 1992 to 1997.

A former teacher, Ms. Vives Balmaña speaks 4 languages – Catalan, Spanish, French and English. She is married and was born in Barcelona, Spain.