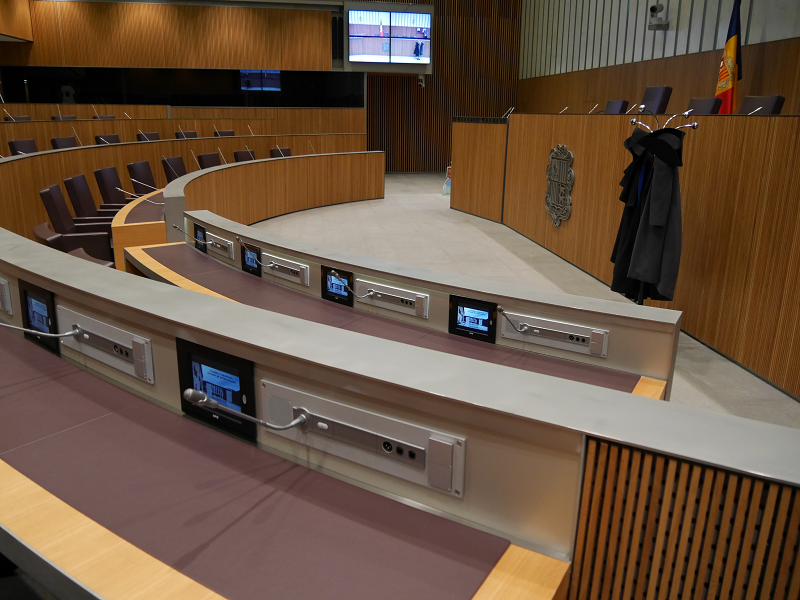 Andorra’s democracy is in the process of redefining its political party system. Three out of the five parties that dominated the political scene in past years have dissolved. After the general elections of 1 March 2015, four political parties (or coalitions) got seats in the Parliament of Andorra.

Demòcrates per Andorra (Democrats for Andorra) is a political party founded in 2011 by the merger of the Liberal Party of Andorra, the New Center (Christian Democrat), the Reform Party of Andorra and some elements of the Social-Democratic Party. Founded as a coalition for the legislative elections of April 2011, the Democrats for Andorra were transformed into a real political party in September 2011. They have now a majority in the Parliament, with 15 seats.

The Liberals d’Andorra, (Liberal Party of Andorra or Andorran Liberals) was founded in 1992 and follows a liberal political line. It is also a member of the European Liberal Democrat and Reform Party (ELDR). In 2011, it merged with the New Center to give birth to the Democrats for Andorra, but regained its autonomy for the 2015 parliamentary elections, when it obtained 8 seats.

Junts is a coalition between the Partit Socialdemòcrata d’Andorra, Verds d’Andorra, Iniciativa Ciutadana i Independents. The Social Democratic Party of Andorra (PS) was founded in 2000. It has a status of observer in the European Socialist Party. The Social Democrats won the legislative elections in 2009, forming the first left-wing government in the history of the Principality. The government, however, fell two years later and the Social Democratic Party, considerably weakened, returned to the opposition. It got 3 seats. Socialdemocràcia i Progrés was established in May 2013 and won two seats in 2015 elections.

Look for official results of parliamentary elections in Andorra on 1st March, 2015 here

Look here for more details about political system of Andorra