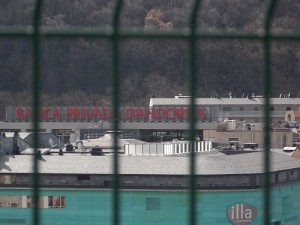 The government of Andorra considers two possible scenarios concerning Banca Privada d’Andorra (BPA). The first scenario – restructuring of bank, change of its name, and also carrying out active work on image restoration. The second scenario – liquidation of bank. It was declared by the acting as the Minister of Finance and public administration Jordi Cinca. However to realize any of these scenarios will need the special law — in the principality there is no legal base allowing restructuring or liquidation of a bank. According to the acting minister, executive authorities actively work on the draft of the relevant law.

Now the government of Andorra tries to normalize activity of bank which is broken in connection with desire of most of clients to remove cash from the accounts. In this regard restriction is introduced — within a week it is authorized to remove no more than 2500 euros. Jordi Cinca hopes that this measure won’t be long-term. Thus he reminded that in Andorra, as well as in the countries of the European Union, there is a fund of guaranteeing bank deposits.

Today the Association of Andorra banks (ABA) distributed the official statement in response to the speculation which appeared on social networks that allegedly one more bank of Andorra is under examination. It’s said in a statement, that “BPA is the only bank under investigation”. “Other 4 banks make the daily operations in the usual mode. Similar speculation discredits a banking system of Andorra, creates the atmosphere of mistrust and confusion”, – declared in a message.  “There is no crisis of solvency or liquidity”, – Jordi Cinca also confirmed.

Meanwhile, in Andorra headquarters of BPA are full of the clients who are unsuccessfully wishing to remove 2500 euros. Their cards are blocked. There was information in local mass media, that some shops and drugstores of Andorra don’t accept for payment BPA cards.

The U.S. Government, in its turn, considers that the authorities of Andorra make “big efforts” in crisis management of BPA. According to the consul general of the USA in Barcelona Tanya Anderson, “the U.S. Government and Andorra still keep the fine relations and continue cooperation within bilateral agreements on many areas”.