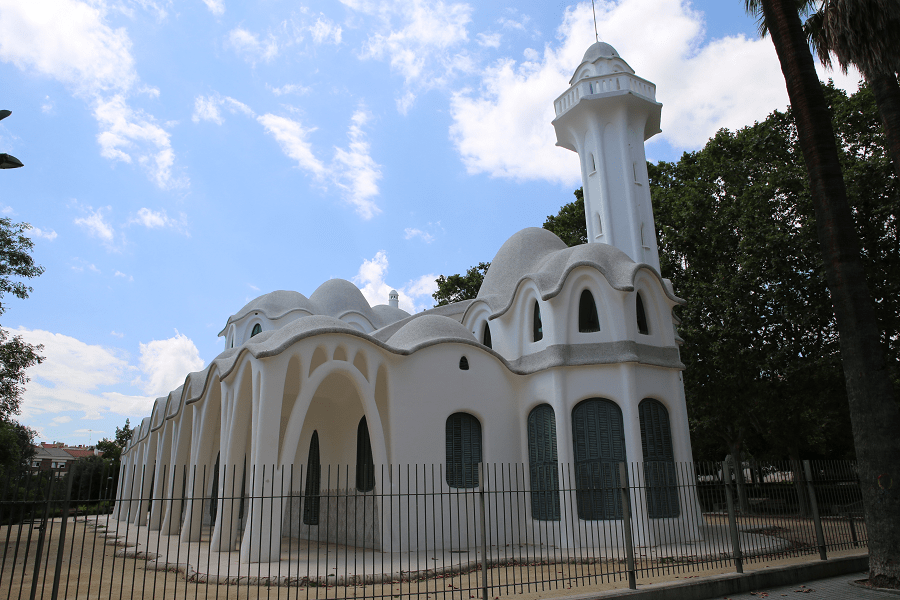 Tarrassa (cat. Terrassa, sp. Tarrasa) is a city in Spain, the east central region of Catalonia, in the province of Barcelona, comarca of Vallès Occidental, of which it is the cocapital along with Sabadell.

Terrassa with a nominal GDP of more than €4 billion is in fourth place in cities with the highest GDP in Catalonia, behind Barcelona, Hospitalet del Llobregat and Tarragona.

The city’s predominant economic sector is services (commerce). However, its industry occupies more than 15% of the GIP, followed by the construction and agriculture sectors. 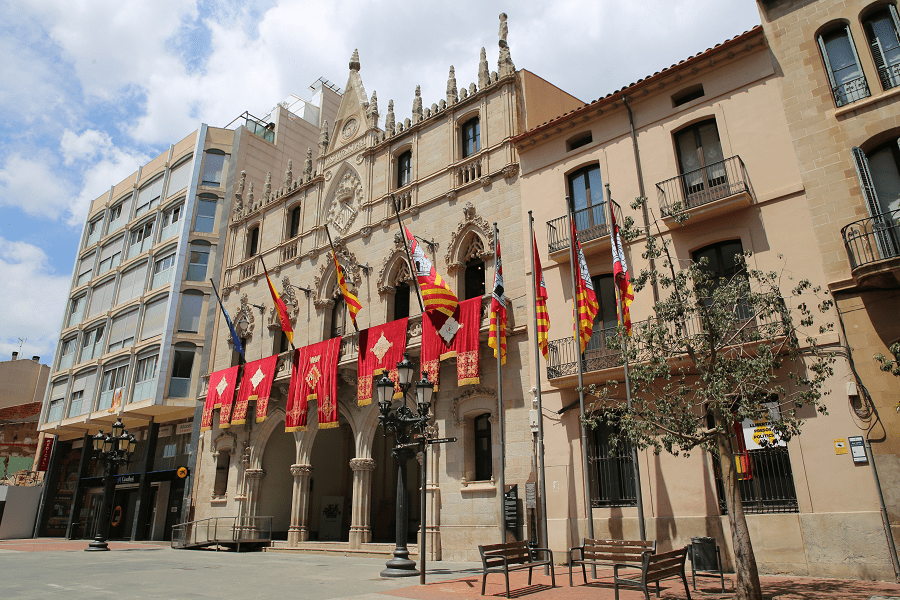 The predominant industries in the city of Terrassa are the pharmaceutical and the metallurgical.

Terrassa, severely hit by the crisis of 2008, has an unemployment rate higher than the average for the region, exactly 10.45% while in Catalonia it is 9.98%.

The per capita income of people has experienced strong growth due to the industrial sector and the professional qualification of lower work, slightly below average, standing at €30,098 per year. 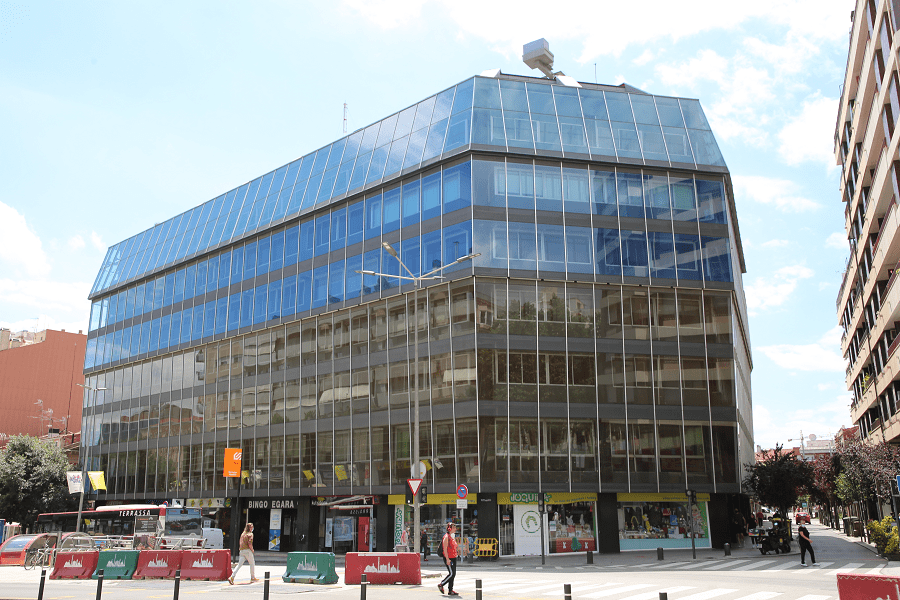 The first news of the current Terrassa comes from the time of the Romans, who founded the city of Ègara near an ancient Iberian village, Egosa, of which some ceramic remains and coins have been found. Some Palaeolithic remains have also been found around the district, close to where the church of Sant Pere -la Seu d’Ègara- and the Carthusian castle of Vallparadís currently stand. In 2005, during the construction of a tunnel for one of the city’s railway lines, a prehistoric site was found in the Park of Vallparadís, with stone tools and fossils of hunted animals dating back 800,000 to 1,000,000 years, making this one of the oldest prehistoric sites in Europe.

During the Middle Ages, the walled town grew around the Plaça Major (now Plaça Vella) and the castle palace and was conquered by Louis I the Pious and incorporated into the Frankish kingdom. However, most of the land outside the wall was owned by the Terrassa, who owned the castle of Vallparadís. In 1384, thanks to a royal privilege granted by King Peter III the Ceremonious, the Council of the University of the town and the district of Terrassa was established, the highest governing body of the city which was abolished by the Decrees of Nova Planta de 1716. 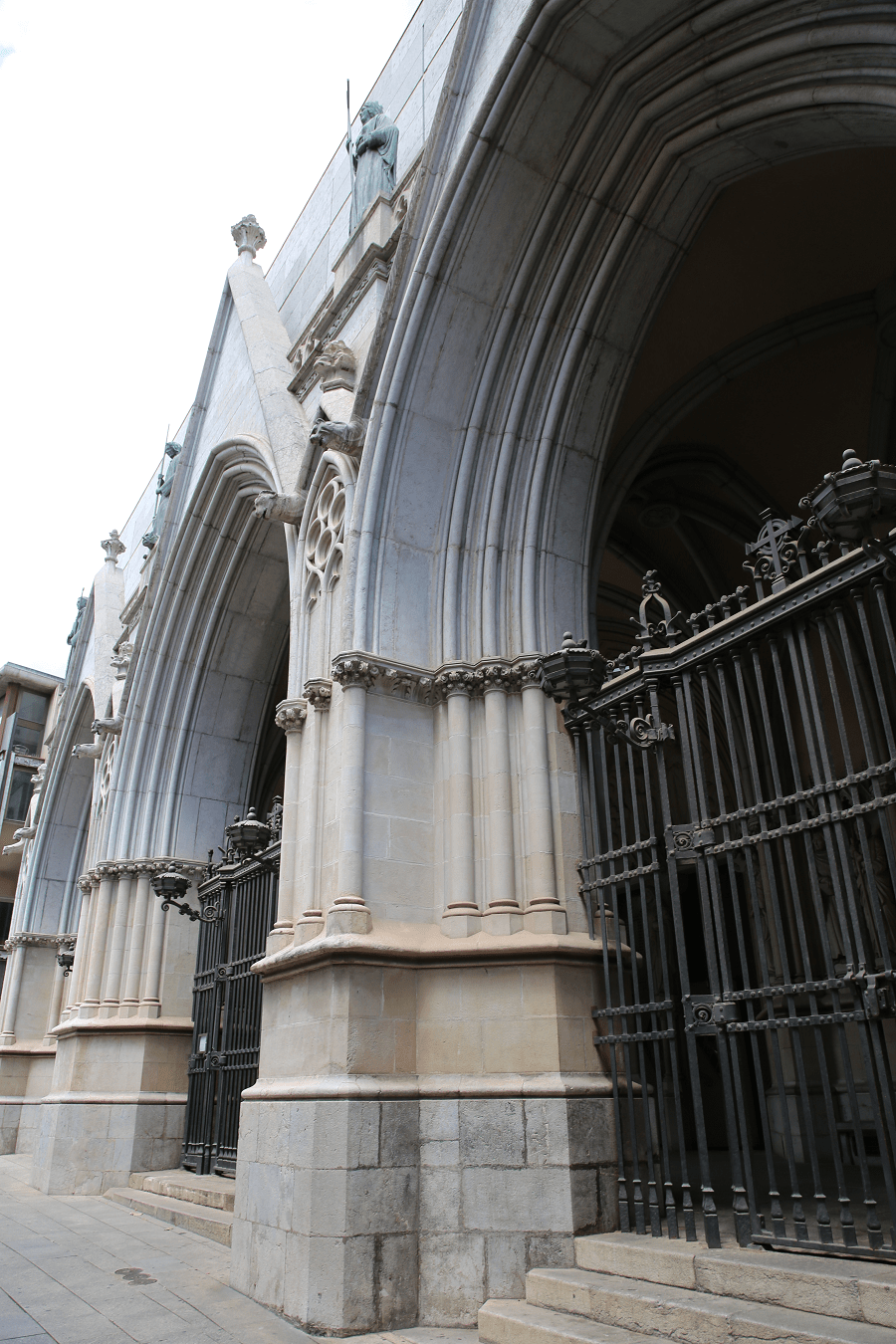 • The Museum of Terrassa, owned by the municipality, which has several sections.
• The Museum of Science and Technology of Catalonia, installed in the old steamer Aymeric, Amat and Jover.
• The Documentation Center and Textile Museum, managed by a consortium between Terrassa City Council and Barcelona Provincial Council.
• The Parish Museum of the Holy Spirit, inside the Cathedral (plaça Vella). 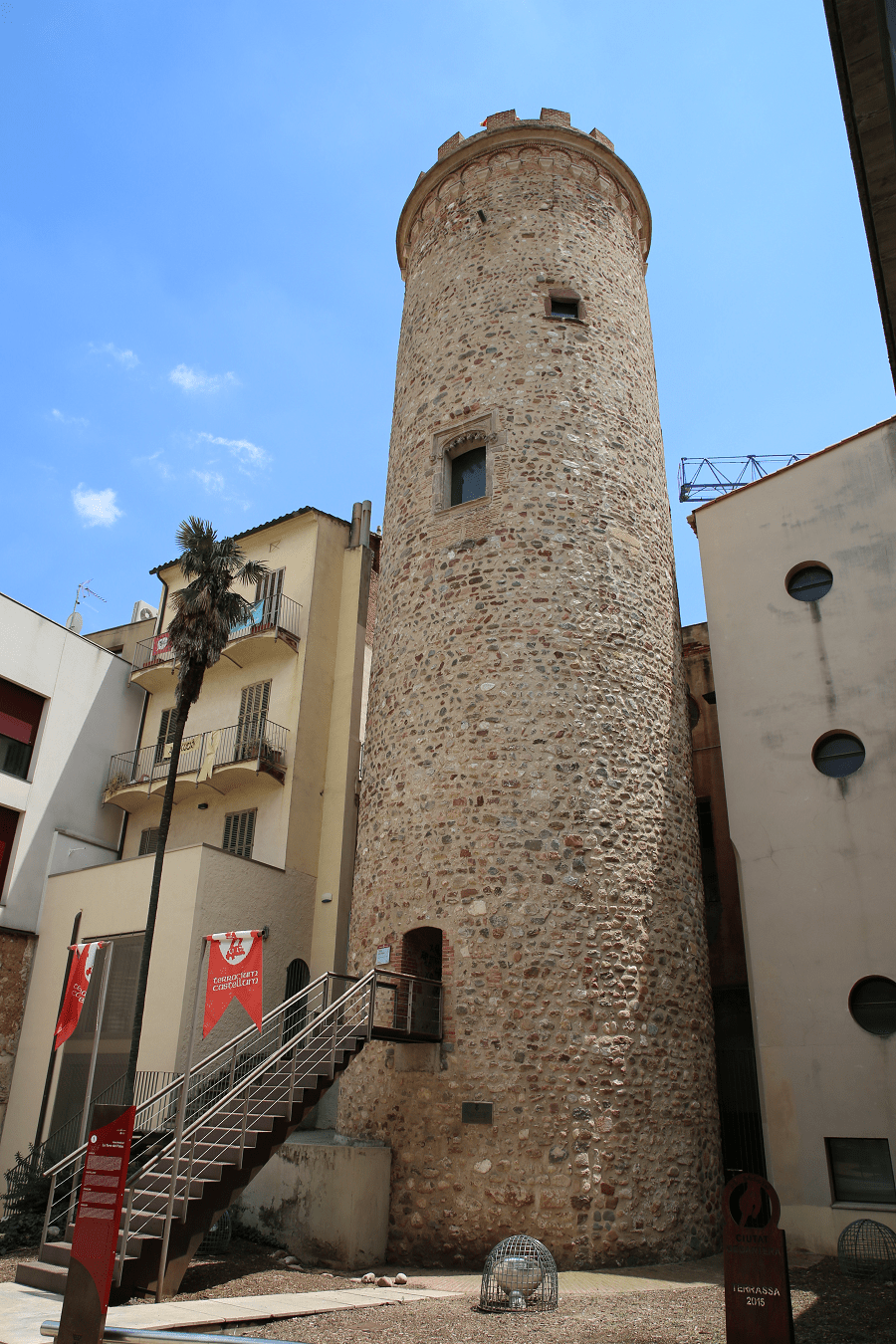 The Terrassa Museum has different spaces, elements and collections of Terrassa’s cultural heritage. It consists of the following sections:

The Carthusian castle of Vallparadís, in the park of Vallparadís, is the main section of the Museum of Terrassa. It is an original defensive building from the twelth century that became a Carthusian monastery in the fourteenth and fifteenth centuries. In 1947 it was acquired by Terrassa City Council, three years after it was declared a historic-artistic monument, to rebuild it and rehabilitate it as a museum. In 1959 it was inaugurated as the headquarters of the Municipal Art Museum, which brought together the artistic and bibliographic collections of the legacy of Josep Soler i Palet and the archaeological and architectural remains of the city. 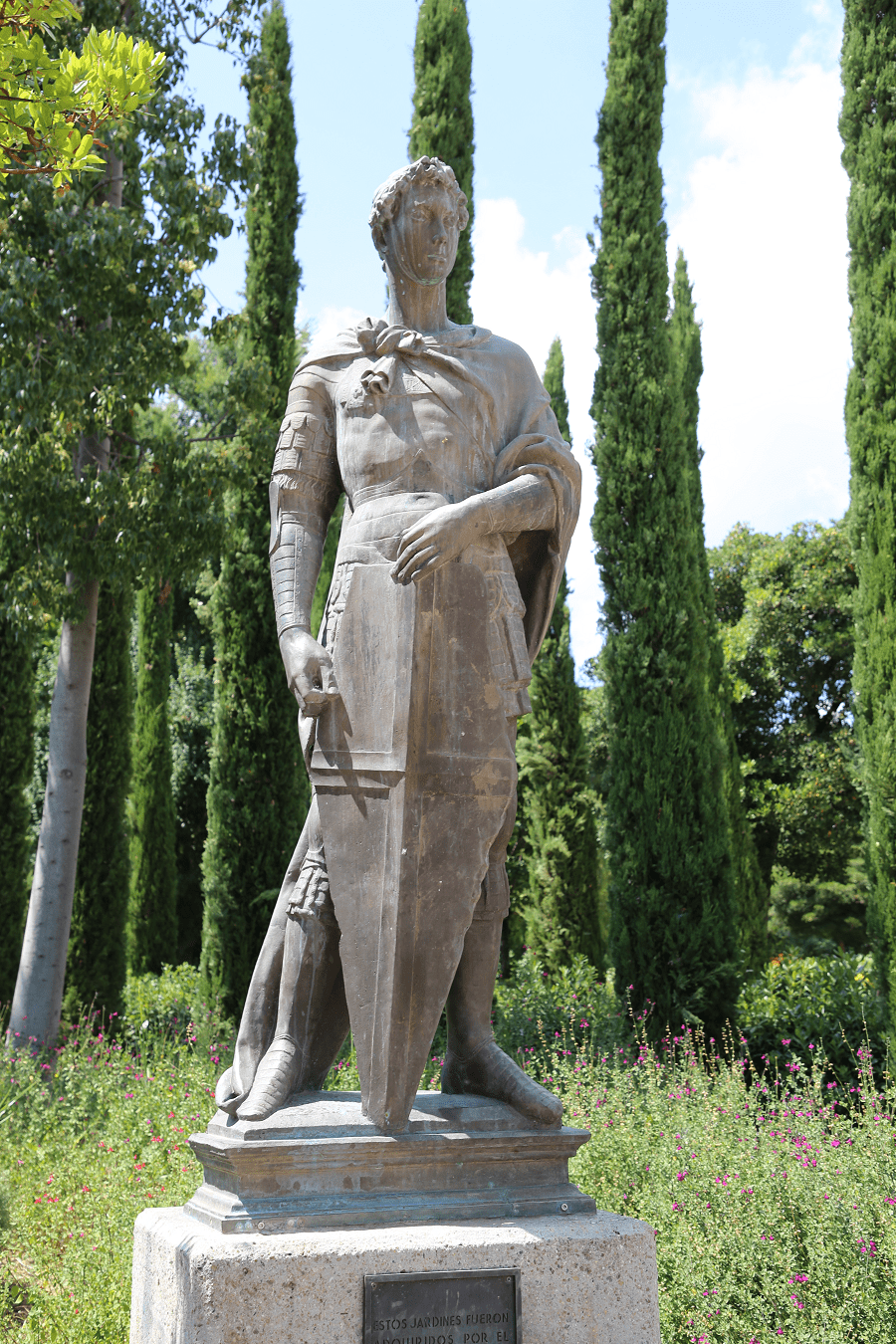 The complex has been the subject of excavations, studies and restorations since the end of the nineteenth century; especially important were those carried out by Josep Puig i Cadafalch in the first third of the twentieth century. The churches were declared a national monument in 1931 and of historical and artistic interest in 1985, and constitute one of the most important Visigothic-Romanesque monuments in Catalonia. They have recently been the subject of a major museum reorganization, inaugurated in October 2009. 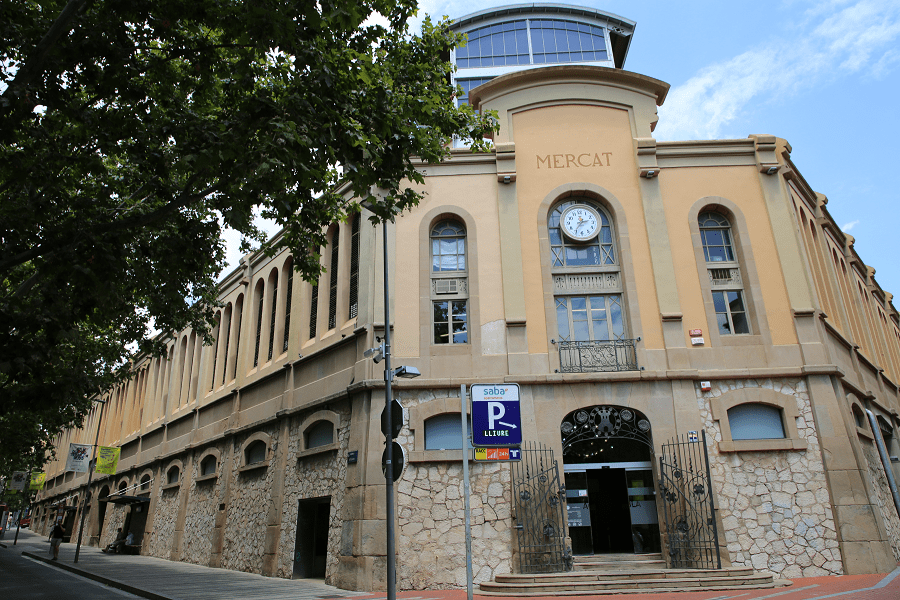 The Alegre de Sagrera house, a building on Carrer de la Font Vella, was the manor house of Joaquim de Sagrera, a textile manufacturer of the late eighteenth and early nineteenth centuries, and although it dates from the beginning of the last century, his current physiognomy is the result of the modernist reform carried out by Melcior Viñals, municipal architect, at the beginning of the twentieth century. It is a model of housing of the industrial bourgeoisie of the time.

It was acquired by the City Council in 1973 and since then is open to the public, both the house and the gardens, and houses a number of art collections from the municipal museum collection, with works by Alexandre de Riquer and Joaquim Vancells. among many others, and a curious collection of oriental pottery and porcelain. Also noteworthy are the rooms dedicated to the writers Agustí Bartra and Ferran Canyameres and the Terrassa illustrator Mateu Avellaneda.

The Palau tower, behind Plaça Vella, is the only vestige of the palace castle of Terrassa, which at the time of its greatest strength extended its domains from the Llobregat to Ripoll and from Sant Cugat to the Pla de Bages. The homage tower, which was imprisoned until well into the 19th century, was the only structure left standing when in 1891 the last owner of the castle decided to demolish what was left of the building. It was ceded to the municipality in 1994 and there are arranged guided tours.

The interpretation centre of the medieval town is on the ground floor of the house of Antoni Josep Torrella i Maurí, where it is accessed through the Plaza de la Torre del Castell Palau. Through an audiovisual, it allows to know the medieval origin of Terrassa, and in the basement you can visit a small section of the moat of the town, an underground gallery and a fresco; you can also access a bakery from 1839, located in the basement of the neighbouring house, now gone.

The convent of Sant Francesc d’Assís is a Baroque building from the early seventeenth century. Located next to the Vallparadís park, only the church, the cloister and some adjacent spaces are currently preserved. The cloister is the most emblematic space, with the walls covered with polychrome ceramic panels (1671-1673), attributed to the master squire from Barcelona, Llorenç Passoles. This decoration was promoted by Pere de Fizes, a Castilian from the castle of Terrassa, according to the appearance of his coat of arms.

The convent passed into the hands of the City Council in 1835 because of secularisation. After some renovations and extensions, in 1869 the Sant Llàtzer hospital, charity house and the Remei clinic were set up. The preserved outbuildings of the convent were recently rehabilitated and today you can visit the cloister. 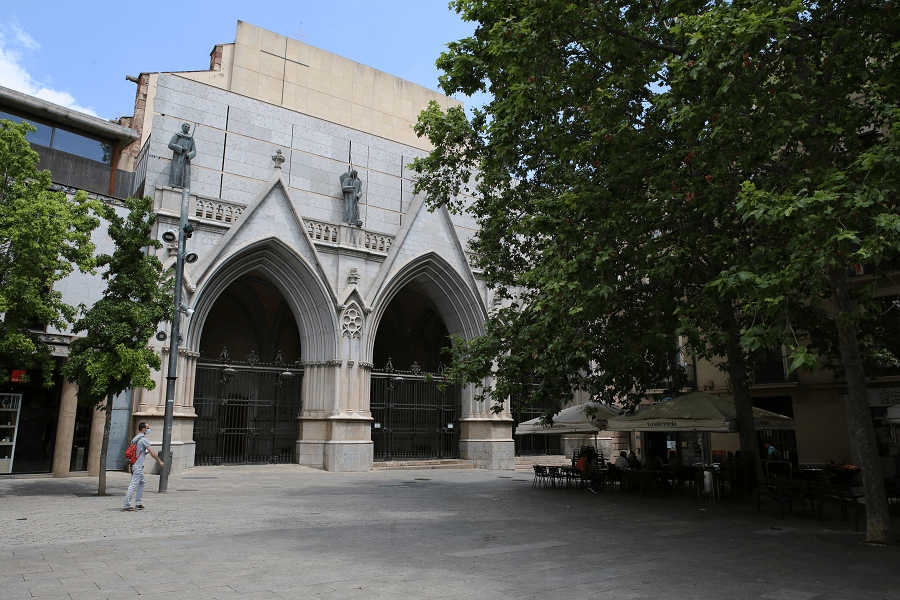 A lot of musicians and actors are based in Terrassa because of the large number of music schools, a long amateur theater tradition and the local seat of the University of Drama. Since 1982, the Terrassa Jazz Festival has been especially outstanding, with guests like Stan Getz, Chet Baker, Dexter Gordon, Tete Montoliu, Dizzy Gillespie. Local bands such as Doctor Prats have also developed a national and international following. 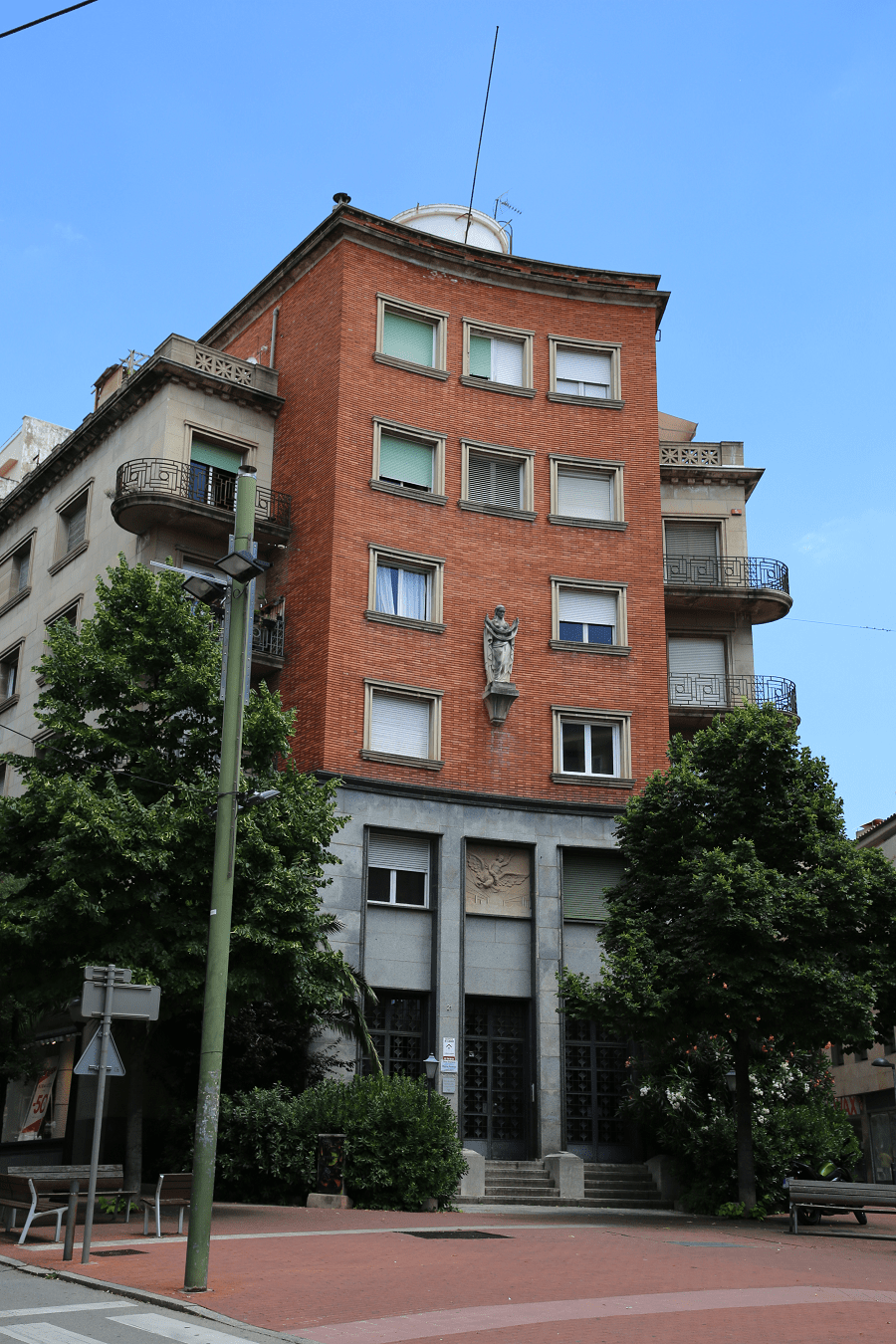 There are more than 10 restaurants of a fairly high quality in the city. Prices are cheaper than in Barcelona. Mostly located within the borders of the Old Town. 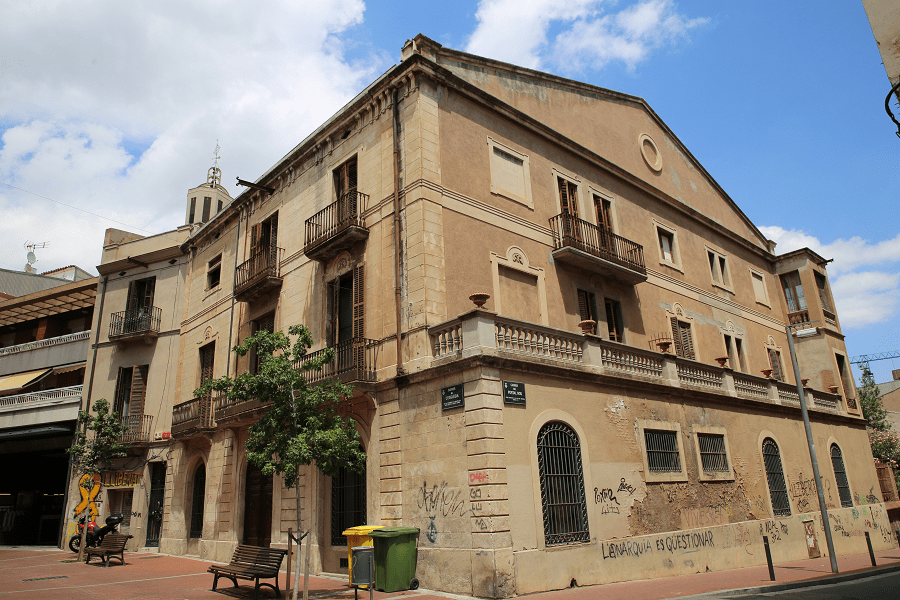 Shopping in Terrassa is not a priority on the tourist program. 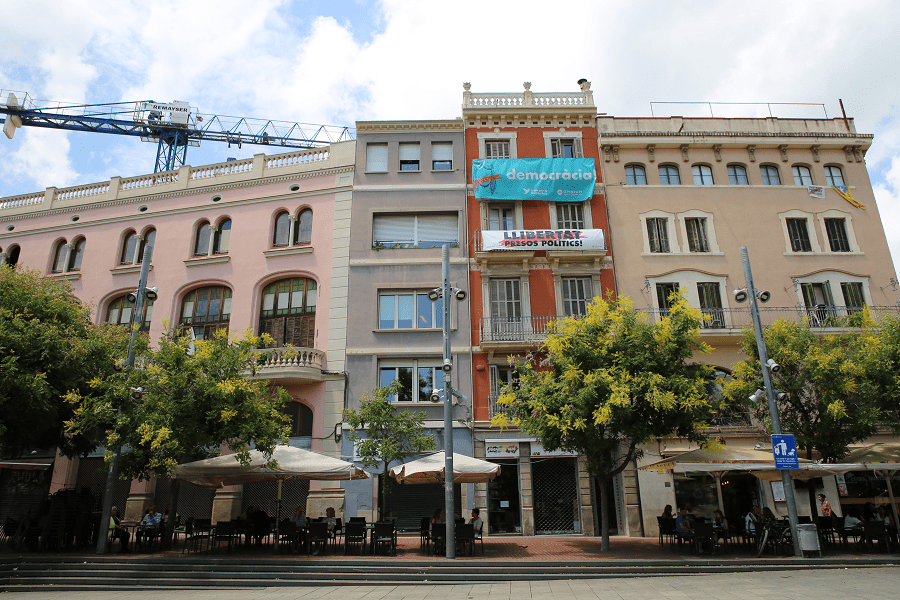 The Barcelona–Vallès Line (cat. Línia Barcelona-Vallès) is an unconnected standard gauge railway line linking Barcelona with Sabadell and Terrassa via the Collserola mountain range, in Catalonia, Spain. Its name refers to the Catalan historical region of Vallès, whereby most part of the line runs. Plaça de Catalunya station serves as the Barcelona terminus of the line, where almost all its trains either start or terminate.

Shortest distances to the main Catalan cities and resorts 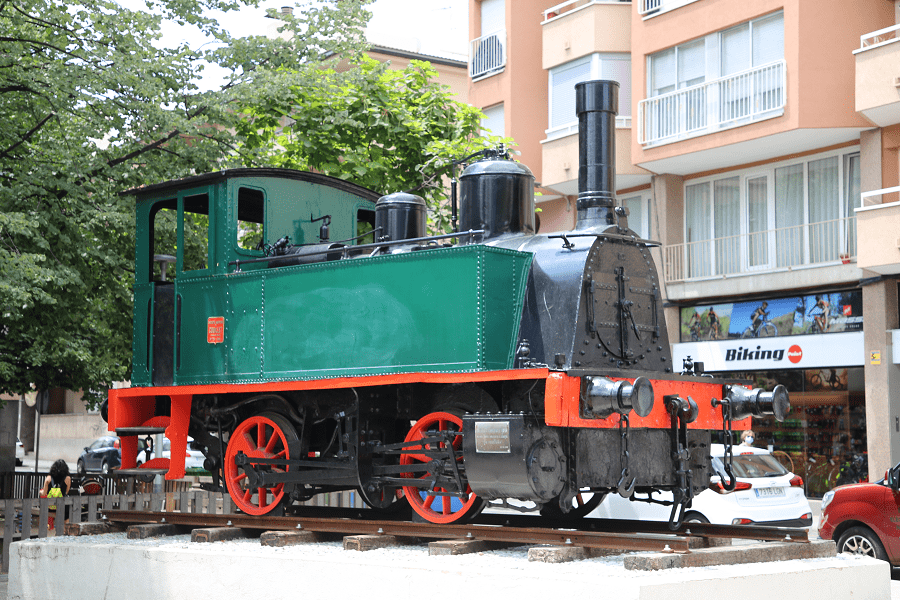 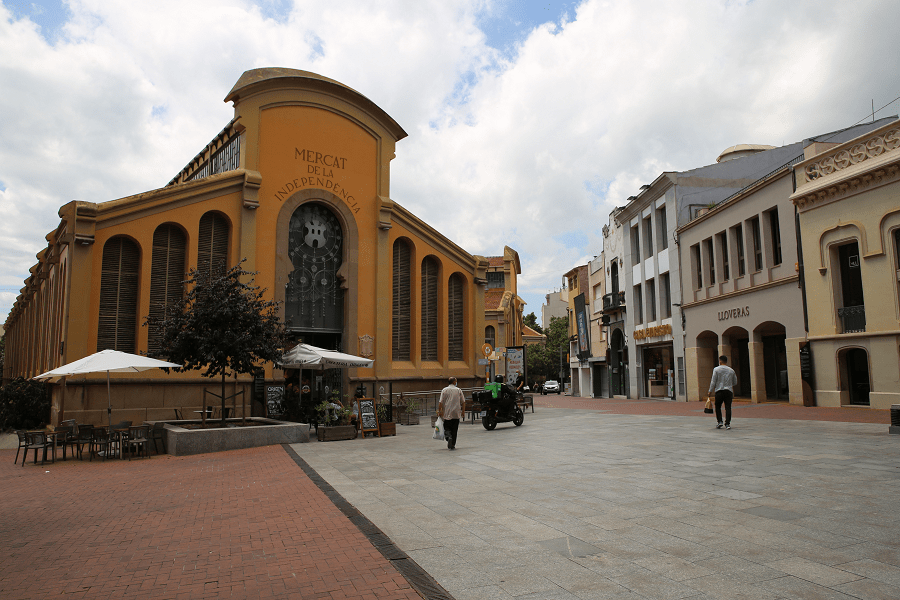 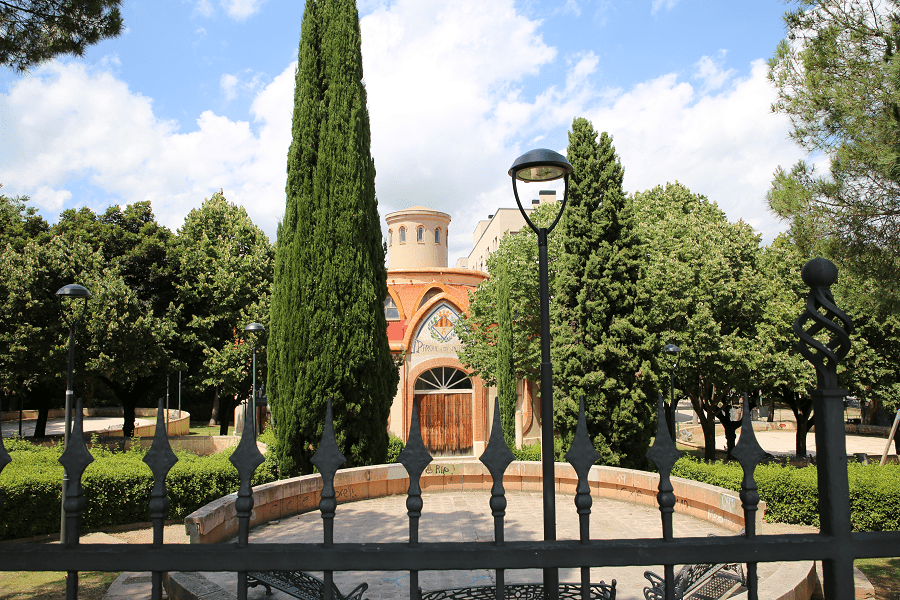 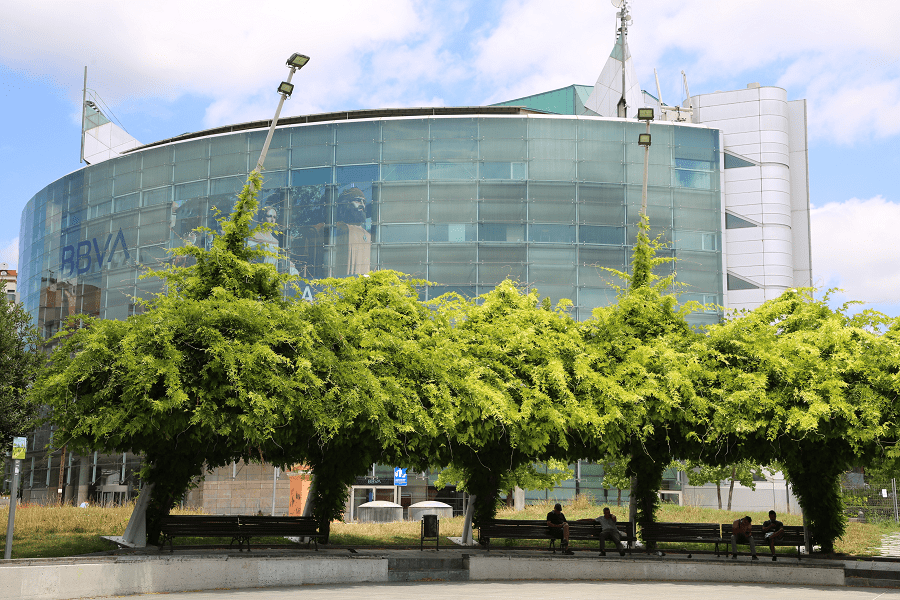 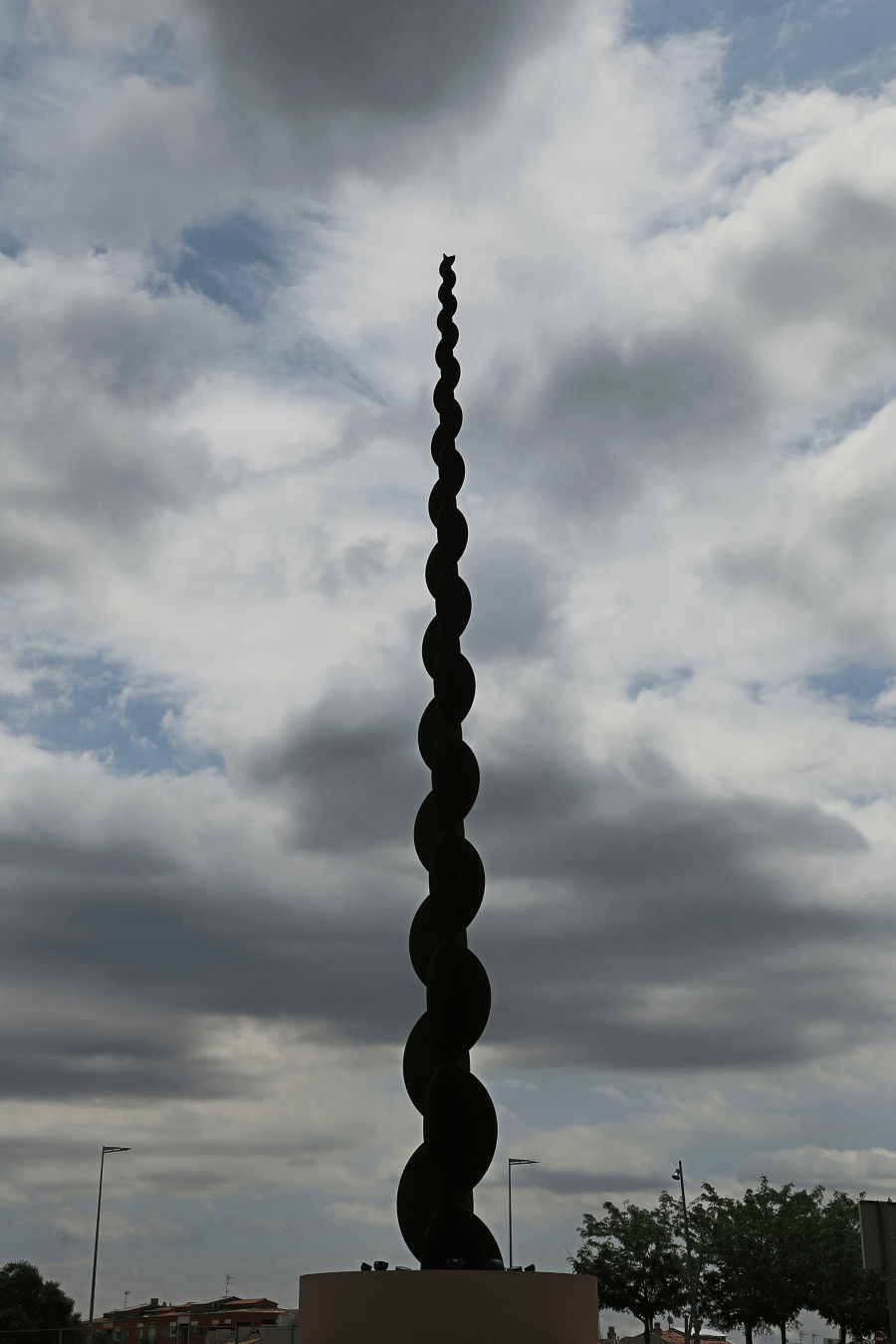