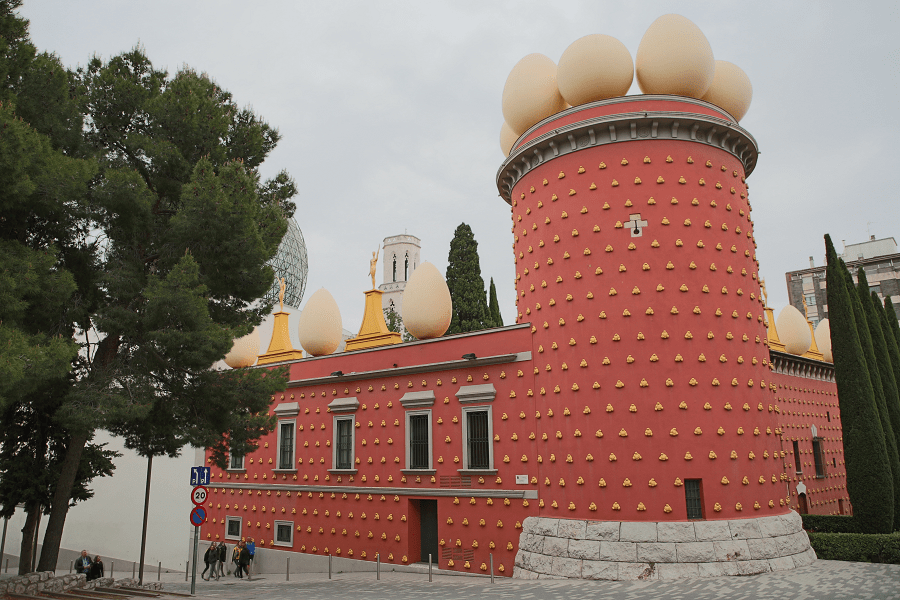 Figueres (cat. Figueres) is a city and municipality in Spain, the capital city of the Alt Empordà county and head of the judicial district of Figueres. It is the main urban, economic and commercial center of the Empordà. Figueres is located in the center of the Empordà plain, at 39 meters above sea level, in the northeastern corner of Catalonia. On its feet runs the torrent of Galligans, which brings to Manol river the rainwater coming from the west.

Climate: the fundamental characteristic of Figueres is the tramontane, a cold, dry north wind that blows during all seasons, in winter it is capable to condition everyday life due to the effect of reinforcement of thermal sensation of cold by the strong wind. Thus, during the cold wave of February 2012, perceived temperature of -22 °C was recorded, due to the coincidence of temperatures below -5 °C with sustained winds of 50 km/h with gusts of more than 100 km/h. See here “Climate of Figueres” 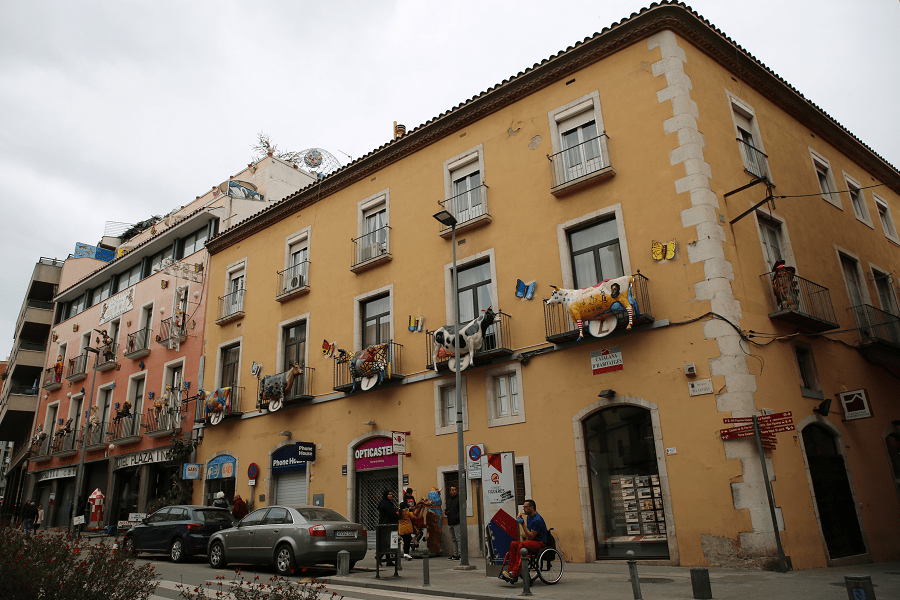 The history: around 600 BC there was a primitive Iberian settlement on the hill of Muntanyeta (where the Castle of Sant Ferran is currently located). At that time a good part of the Alt Emporda plain was flooded with wetlands and large expanses of rushes. The inhabitants of the region lived on small hills or on the highest zones free of the stagnant waters. From this time, before the Roman presence, we can highlight a ceramic find made at the end of the 19th century, which is called the Aigüeta valley. It corresponds to the 5th century BC and is located in the Archaeological Museum of Barcelona. 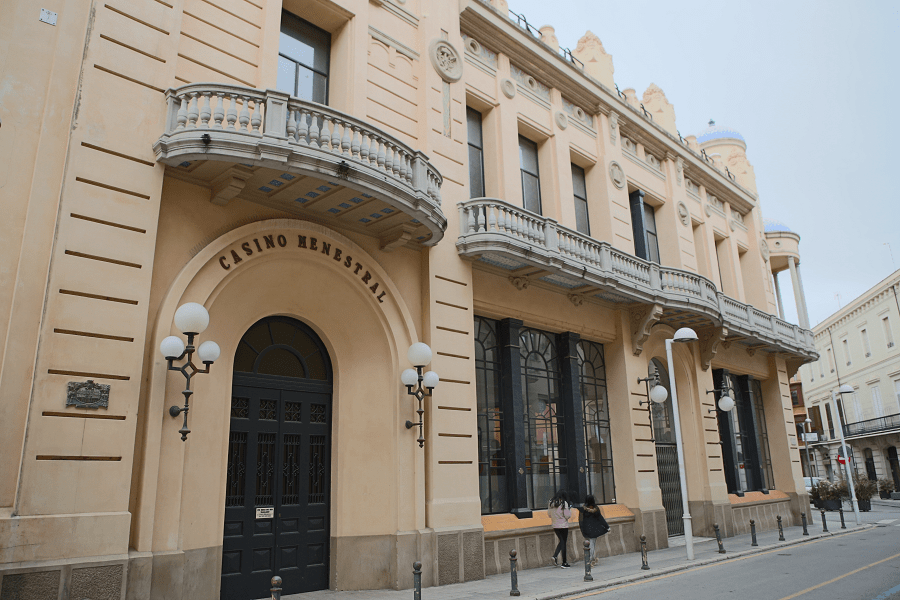 The Romans (who disembarked in the Greek city of Empòrion in 218 BC) created a small population center towards 195-194 BC, in the lower part of the current municipal area (Tapis street area and the ‘Aigüeta’), which was named Joncària, since in that field there were many juncus (commonly known as rushes). This small town was gaining importance, as it was one of the stops on the important Roman road, first on the so-called Via Domitia and, later, the Via Augusta (remains of a Roman mansion have been found in the area of Aigüeta).

This stop on the Roman road was a day on foot away from the Pertús and another day from Girona. One remain of this Roman settlement of Joncària is a funeral stele located in the Empordà Museum in Figueres. The Romans probably forced the indigetes that had lived on the hill of Muntanyeta down to the flat area near the Roman road and its mansion, thus, little by little the first two towns were created in the zone (one Iberian and the other one Roman) and later they became a single settlement, every time more Romanized. See here more history of Figueres

Tourism, main sights and what to see?

La Rambla is the city’s central avenue, its most symbolic area, at the heart of the shopping zone and forming the axis which links the old quarter with the zone that expanded with the city in the 19th and 20th centuries. Its origins go back to 1828, when it was decided to cover over the bed of Galligans Streams for health reasons.

Once the stream had been covered the resulting space was converted by popular wish into a public promenade. Between the end of the 19th century and the Spanish Civil War this was the zone in which the city´s finest collection of buildings were constructed, which in combination with those that already existed created in a single setting an area in which the baroque, neoclassical, eclectic, modernist, Noucentista and rationalist styles could be seen alongside each other. 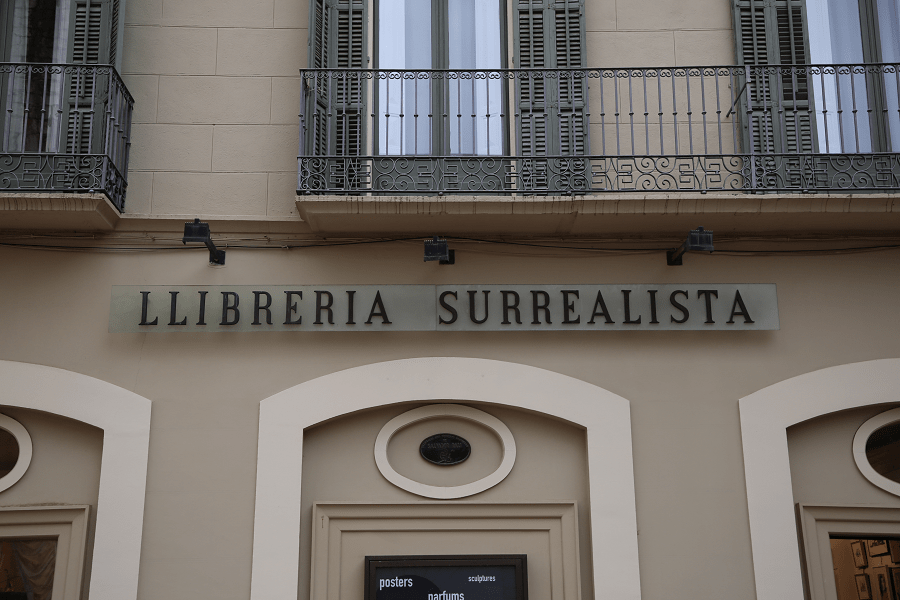 Development of La Rambla reached its high point in the reform planned by the architect Ricard Giralt i Cassadesús in 1917, when the block of houses at the top part was demolished and replaced by a monument of Noucentista inspiration by the sculptor Enric Casanoves, dedicated to one of the city´s leading figures, Narcís Monturiol, inventor of the first submarine, the Ictineu. 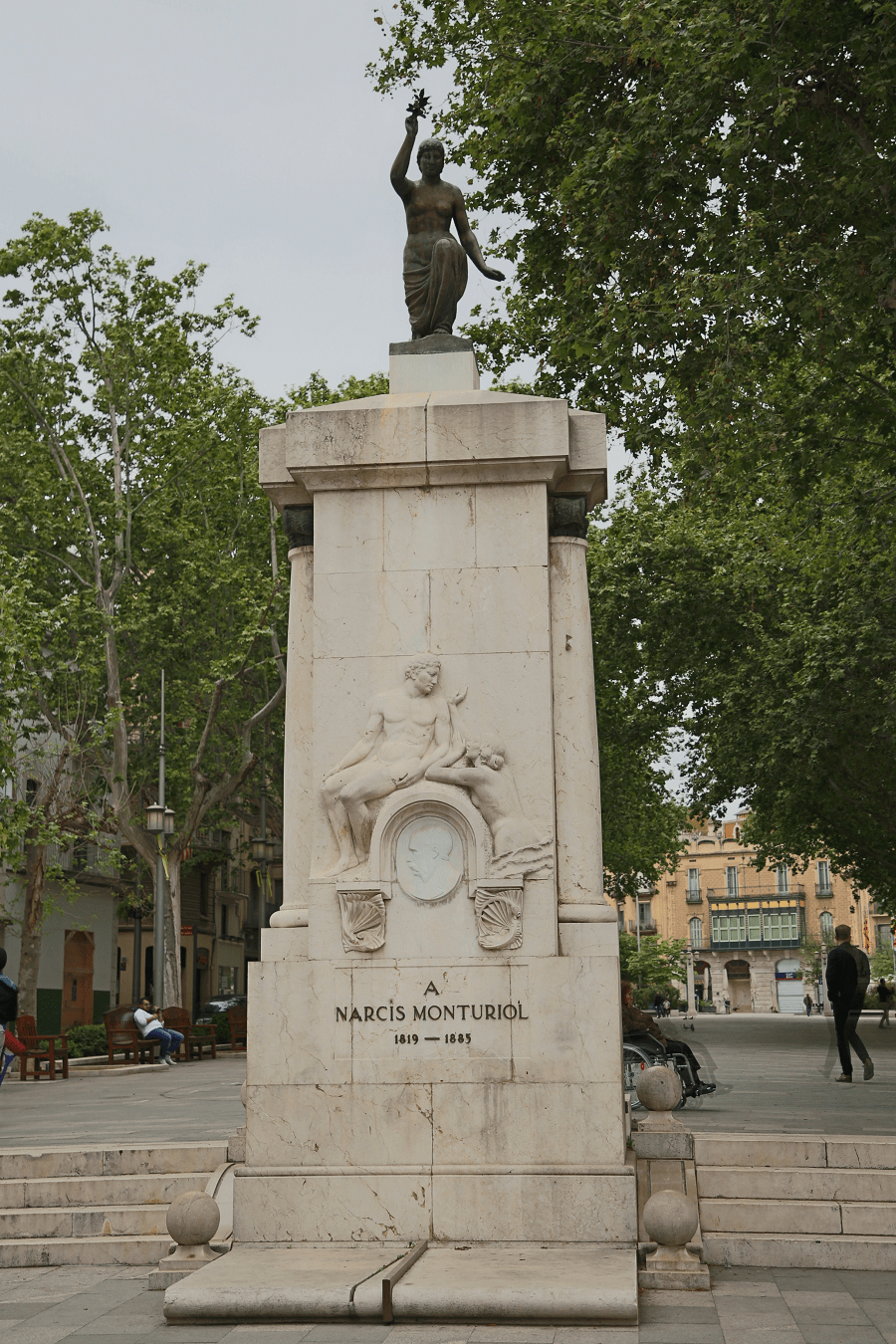 Many of these items are accompanied by old photographs of children with their toys, helping us to place them chronologically and see how children played with them. Some of the toys belong to personalities such as Anna Maria and Salvador Dalí, Federico García Lorca, Joan Miró, Josep Palau i Fabre, Joan Brossa, Quim Monzó, Frederic Amat, and others. The Museum has a Documentation and Research Centre on games and toys, a Brossa-Frègoli auditorium and an area for open-air activities: the terrace of the Museum. A visit of the collection can be seen in many ways: a nostalgic look back through the games our grandparents played, an observation visit, in which we follow the scientific and technical advances that have at any given time influenced and are still influenced by historical events and artistic movements. 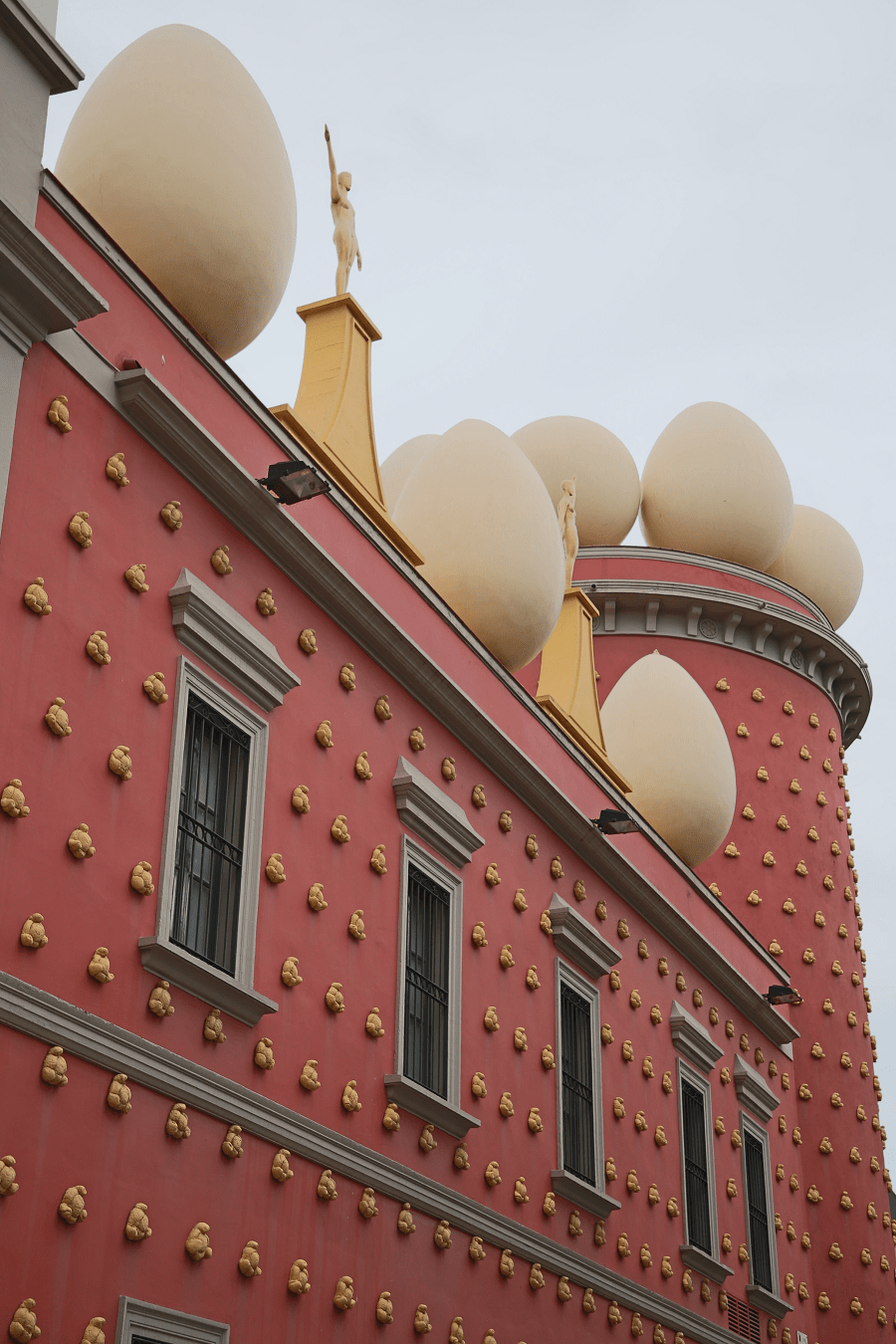 The Empordà Museum. The Museum of the Empordà houses one of the county´s foremost art collections. Created in 1946, the history of its collections goes back to the 19th century, on the basis of the loans from the Prado Museum and donations and legacies from illustrious Empordà personalities. The present building was constructed in 1971 and planned as a museum of archaeology, history and art. 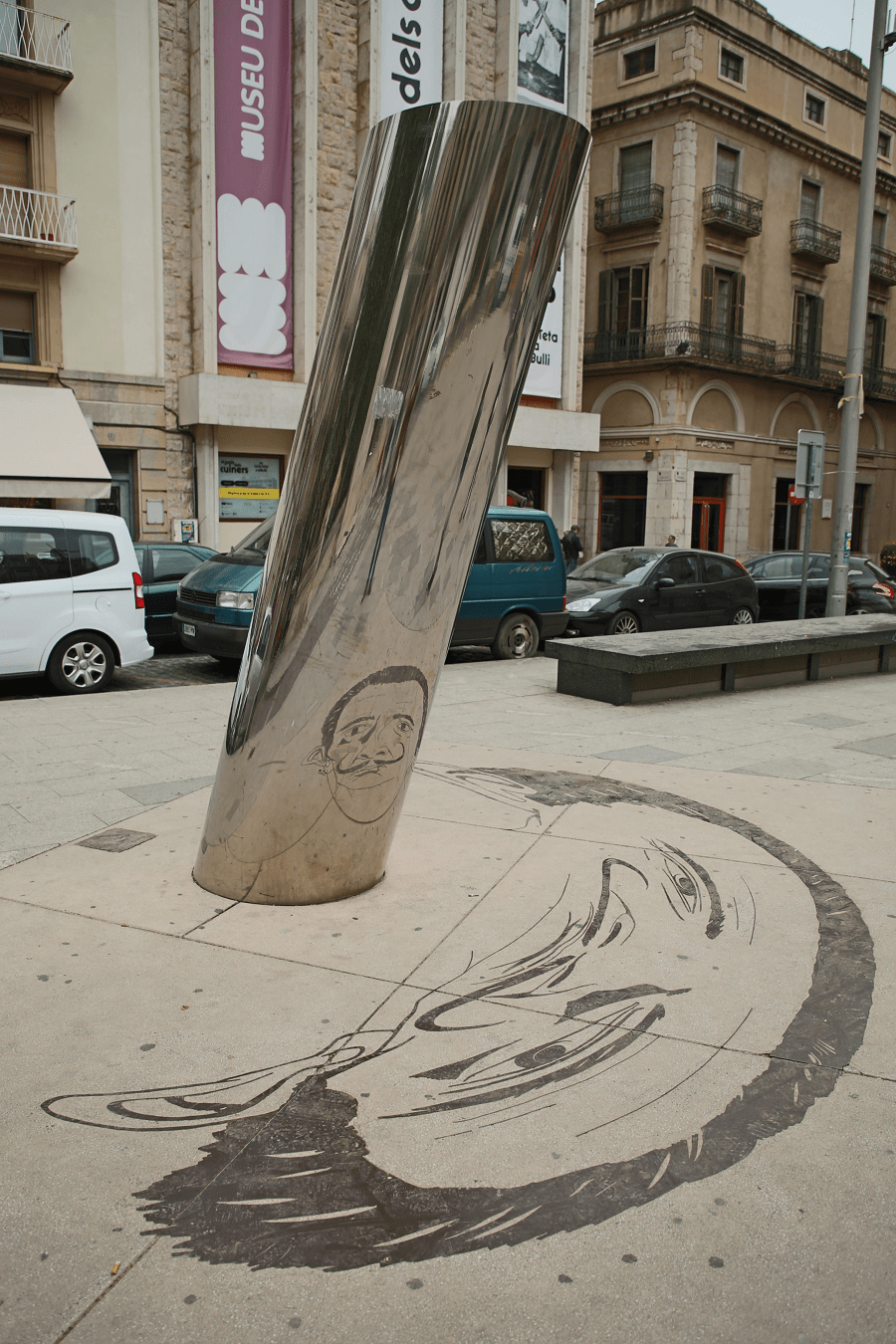 Alongside this, the Museum of the Empordà is a multidisciplinary institution which organises temporary exhibitions and activities directed at conservation and dissemination of the local and county cultural heritage, with special attention to experimentation and to reflection on contemporany artistic creation.

The Technology Museum of Empordà: thirty years ago, Pere Padrosa purchased the first typewriter in his collection. One Sunday morning, he wrote the first sentence in the making of the museum.

Three decades later, the Technology Museum of l’Empordà has become a reality. It holds part of the objects that have been acquired during this time and boasts a large collection. 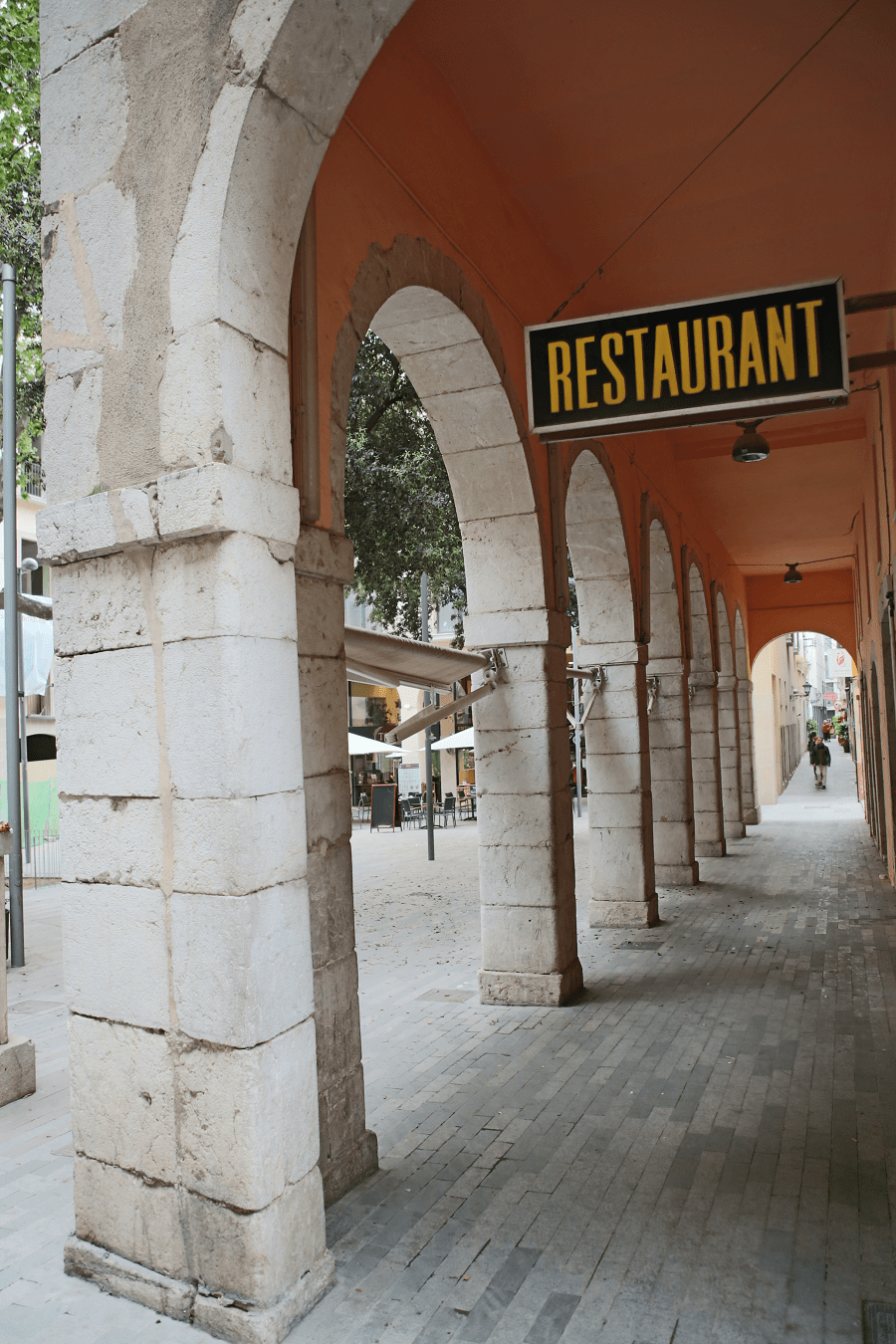 Visitors to the museum can admire the beauty of the exhibits on show. Collectors may contemplate pieces that combined their practical purposes with artistic expression. Historians may study a time in which science and technology became the driving force behind human advancement.

Gala Salvador Dalí Theater and Museum. Inaugurated in 1974. It was built in the old Theatre of Figueres. It has a wide array of works that show Salvador Dali’s career, from the first works to those of the last years of his life.

There are also the sets of work the artist created expressly for the Theatre-Museum, such as the Mae West room, the Palace of the Wind room, Monument to Francesc Pujols and Rainy Cadillac. 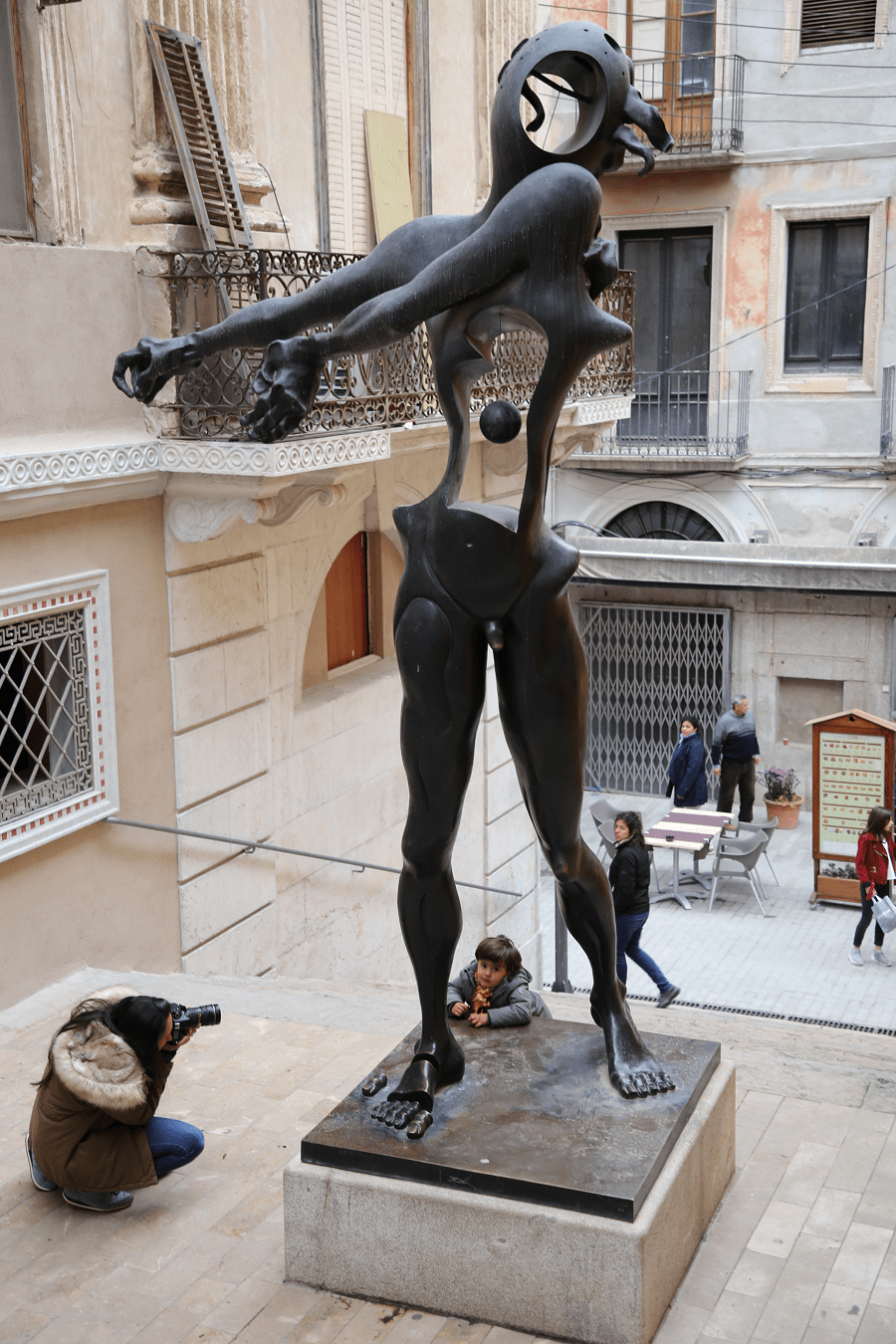 The Dalí Theatre-Museum has to be seen as a whole, as the great work of Salvador Dalí, since it was conceived of and designed by the artist in order to offer visitors a genuine experience that would take them into his entrancing and unique world .

Endesa Museum or Museum of Electricity: the Museum of Electricity in Figueres has a unique collection of parts and documents from the early period of electrification in the regions of Girona. These were donated by the Hidrolèctrica Empordà company, founded on 13 August 1913.

The museum tells the story of electrical power’s beginnings , its early applications and the first devices that permitted the continuous distribution of electricity, now a normal part of our everyday life.

This remarkable collection shows how electricity transformed the way people work, live and communicate with each other.

The castle of Sant Ferran: the largest monument in Catalonia in terms of its dimensions. The castle of Sant Ferran (cat. El castell de Sant Ferran) is a fortress of the municipality of Figueres (Alt Empordà) declared a cultural asset of national interest. It is located on a hill and occupies an area of 320,000 m², which reaches 550,000 m² if the space occupied by glacis is taken into account.

It was built in the 18th century under the orders of various military engineers, among them Pedro Martín Cermeño and Juan Martín Cermeño. 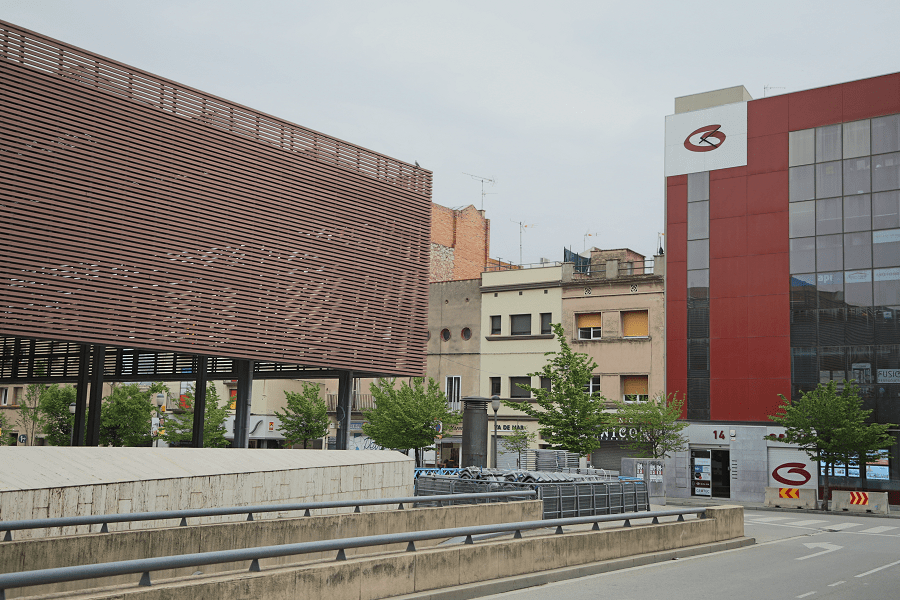 The fiesta patronal of Figueres is celebrated on May 3 with the theme of the Fairs of the Holy Cross (cat. Fires de la Santa Creu). On June 29 the secondary fiesta patronal is celebrated, on the occasion of the day of the patron saint of the city, Saint Peter. Figueres has an outstanding set of giants and capgrossos (Figueres with big heads used during the fiestas patronal). 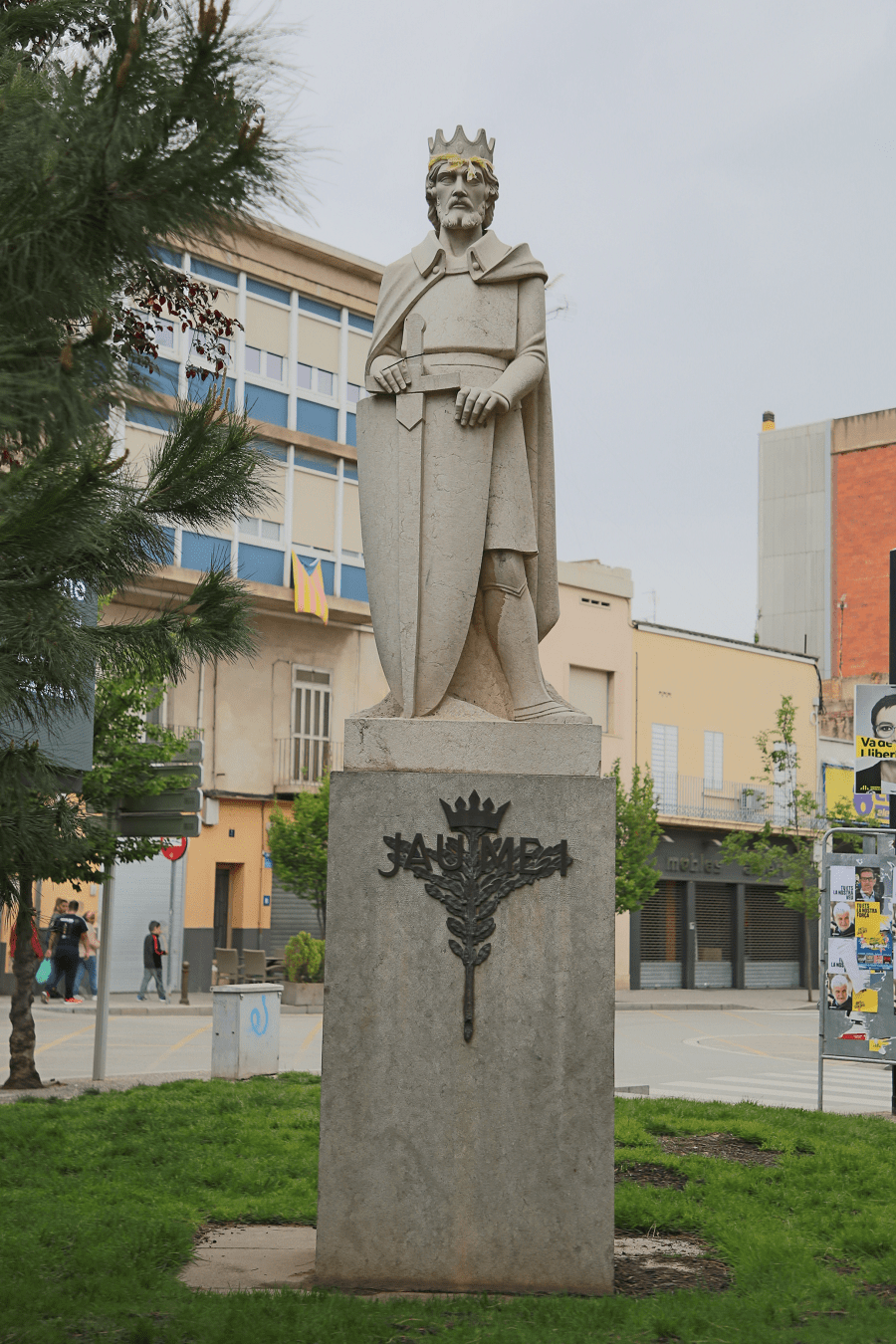 Figueres hosts the headquarters of: 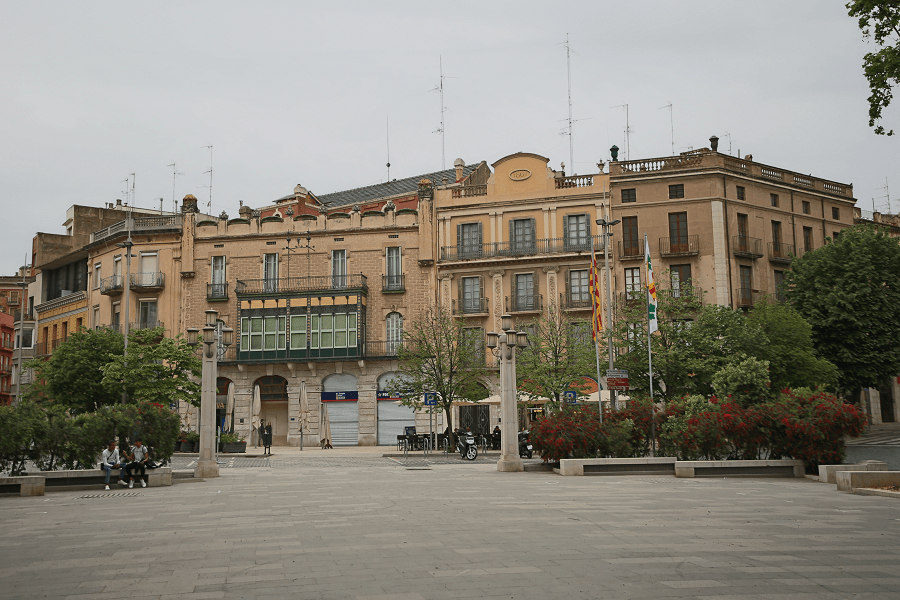 ● Fairs and fiestas of Santa Creu and Embarraca’t. The program of events of the Fairs and Festivities of Figueres is very extensive and includes music and dances of different genres and styles, theater, various competitions, fairs (antiques, food products, crafts, second hand books, etc.), a good handful of exhibitions and hundreds of sports activities that coexist with the well-known music festival Embarraca’t. On the central day of the festival May 3, the day of the Santa Creu (cat. Holy Cross), takes place the solemn ceremony and the traditional walking human tower performed by the Castellers de Figueres. Then the Creus de Maig contest is celebrated, it is one of the events that originate the festivities of the Santa Creu
● The Jazz Festival of Figueres is an annual Jazz festival that takes place in the capital of Alt Empordà. It is organized by the Joventuts Musicals of Figueres and is currently held at the Theatre Jardí and Cercle Sport.
● Comedy Festival, The Comedy Festival of Figueres is an event designed to make Figueres the best city and the world a better place. It’s an annual program based on performing arts but open to all kinds of proposals that have good humour, comedy and the joy of living as a motif.
● Acústica: Musical festival that takes place in Figueres at the end of August and/or in early September. Organized by Promoartsmusic.
● Festicurts: international short film festival in Figueres organized by ACAT. 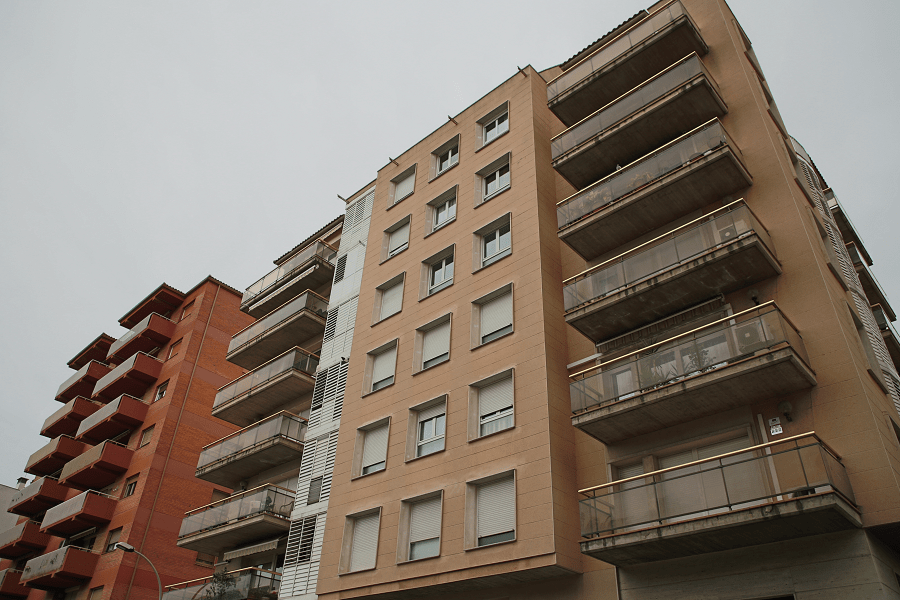 Figueres has been and is a town with a commercial vocation. It was the first town in Girona province to have a pedestrian shopping zone in the town centre. The historical centre, known as the Rovell de l’Ou, is today a great open-air shopping zone which can offer a notable and varied range of shops selling food, textiles and clothes and household articles.

The town’s thousand shops make up a commercial range which attracts shoppers from Alt Empordà county, the other Girona counties and the south of France. This is high-quality commerce based on convenience and family service, though not excluding more modern and innovative forms of organisation such as franchises. In Figueres you can shop as you stroll and stroll as you shop. 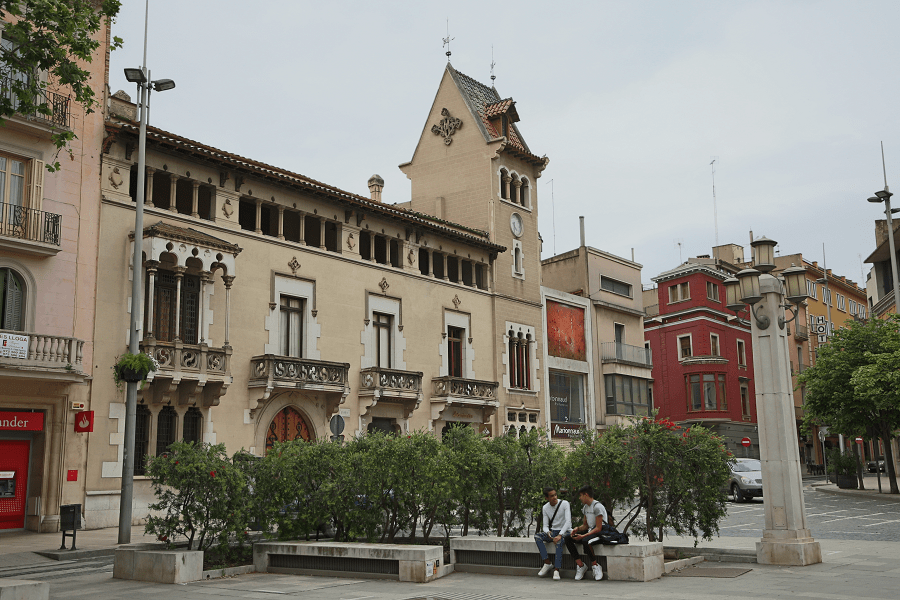 In addition to local public holidays are bank holiday in Figueres the following days:

The official calendar of bank holiday in Figueres with authorisation for opening shops are the following days: 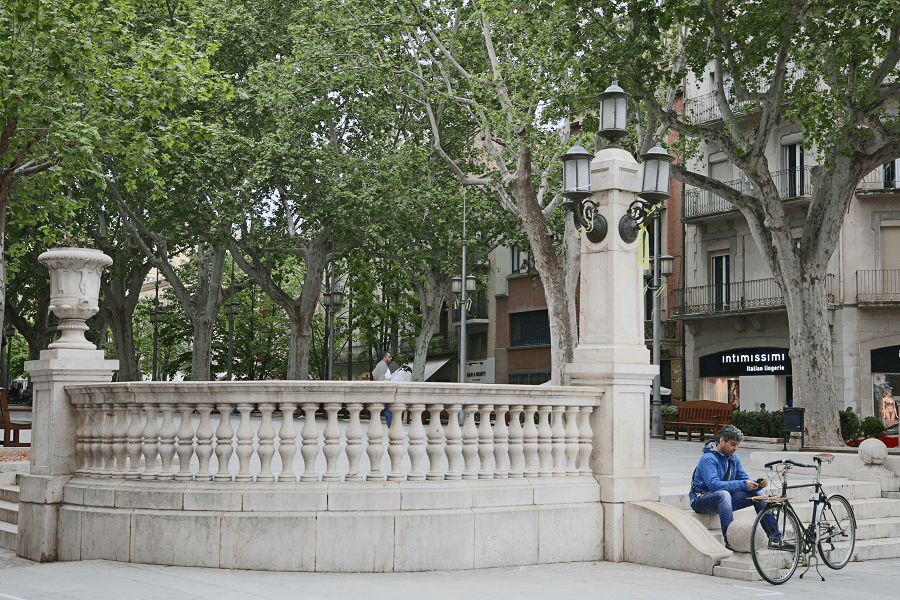 The cuisine of Figueres combines the most genuine gastronomic tradition of the Alt Empordà, from our grandmothers’ meat platillos to the fish dishes of the Costa Brava. This is a cuisine intimately linked to the quality of its raw materials originating from the sea, the hills and the market gardens. One of its basic ingredients is our extra virgin olive oil with its Protected Denomination of Origin, of excellent flavour and quality, which is produced in the traditional craft manner in the numerous olive presses of the region. Finally, the perfect pairing for accompanying our cooking is supplied by the wines of the D.O. Empordà, presenting a wide range of notes of colour and taste.

There are more than 100 restaurants of a good quality in Figueres, mostly in the center of the city. The prices are lower than in Barcelona and Girona. 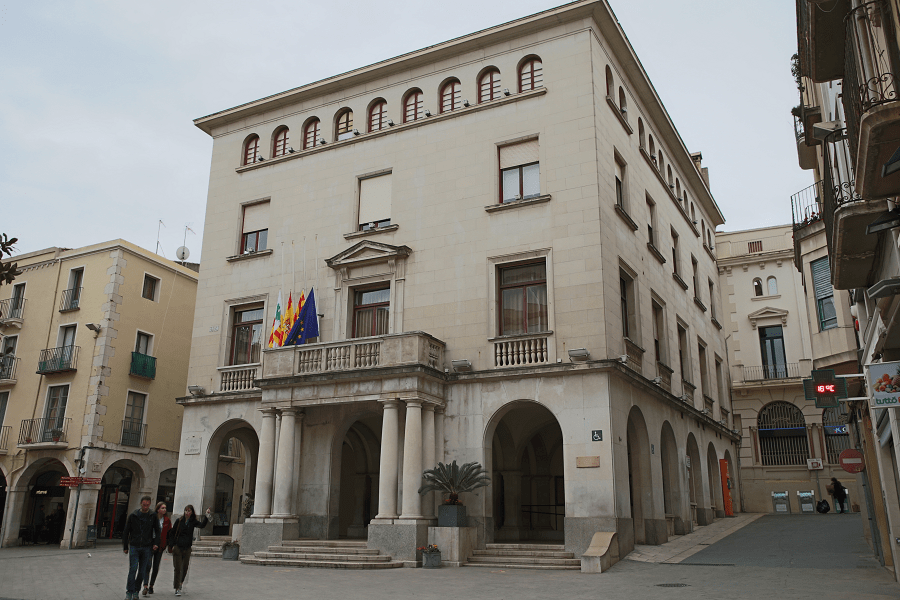 Renfe trains (about 15 trips per day) from Barcelona Sants or El Clot Arago. The prices start from 11 euro. 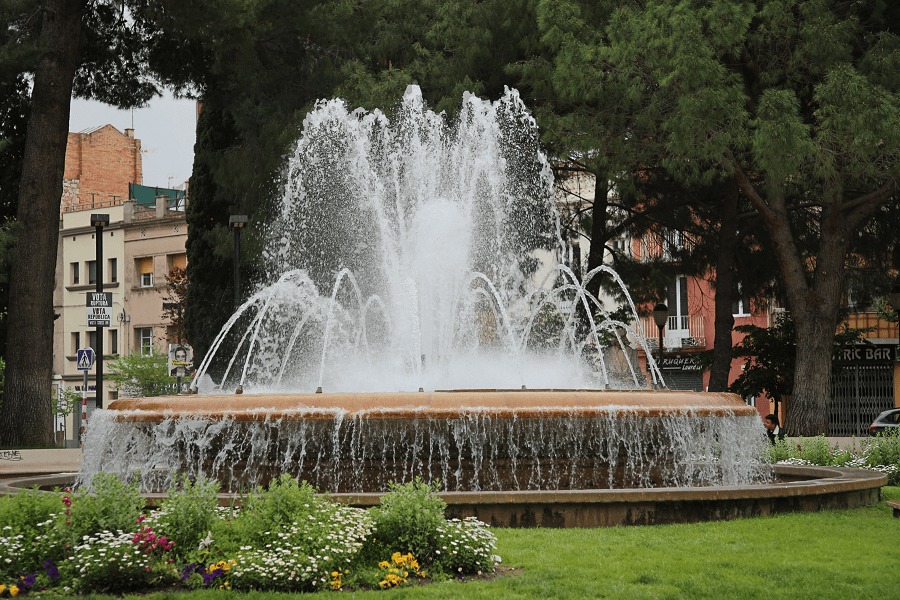 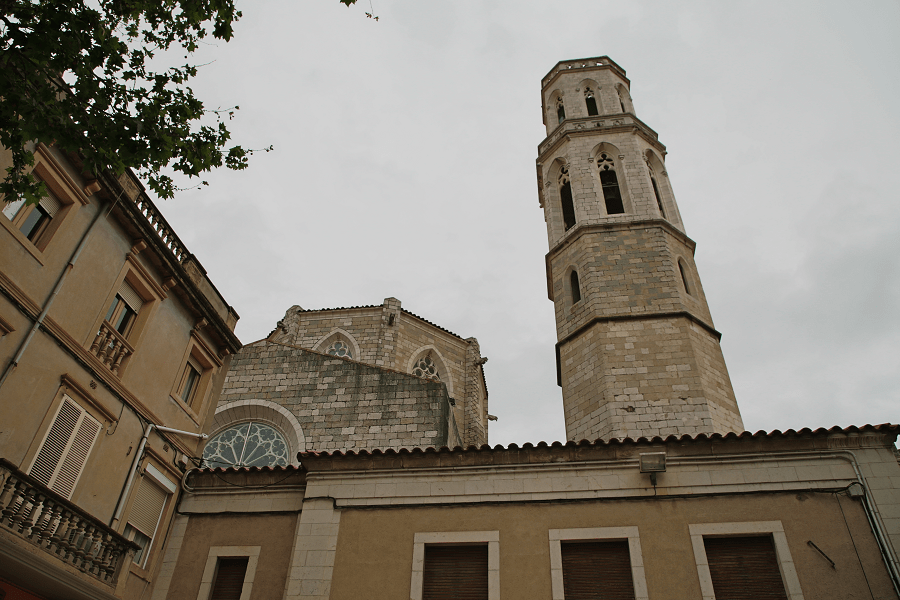