Peñíscola (in Valencian Peníscola) is a municipality in the Valencian Community, Spain, located on the north coast of the province of Castellón, in the Bajo Maestrazgo region. It has had a city title since 1707.

Since January 2013, the village is a member of The Most Beautiful Towns of Spain association. 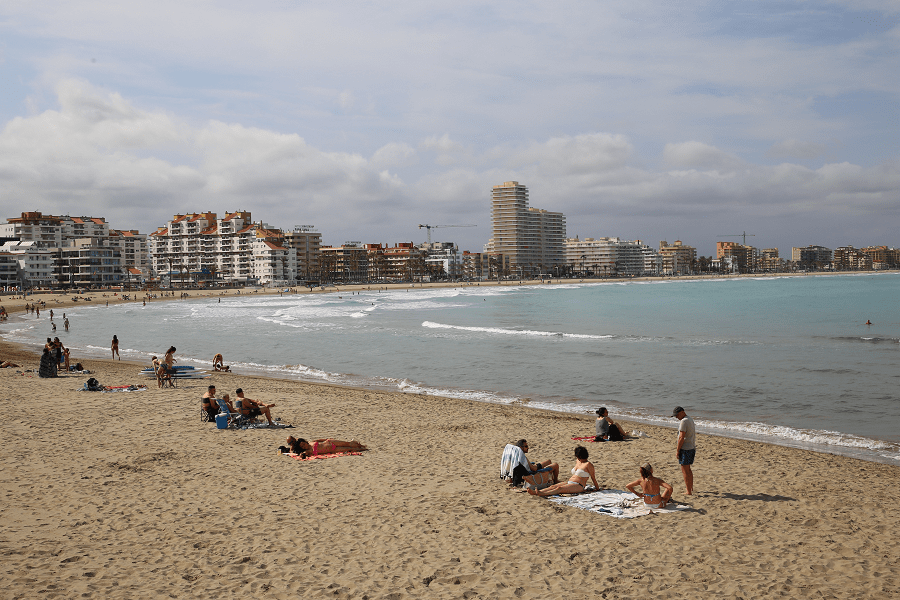 The city is situated on a rocky peninsula, originally connected to the land only by a sandy isthmus, which made it easy to defend itself, although it occasionally flooded and was buried under sea water. Currently, due to the construction of the port and the buildings on the isthmus, this curious fact has disappeared. On the rock rises its old town, from which the Papa Luna castle stands out, dividing the coast of Peniscola into two completely different halves.

It has wide beaches both north and south of the castle peninsula. The municipality of Peniscola includes one of the most unspoilt coastal mountain ranges on the Valencian coast, the Sierra de Irta, which ends in the sea on a low rocky coast and in some points, high cliffs, such as Badum. 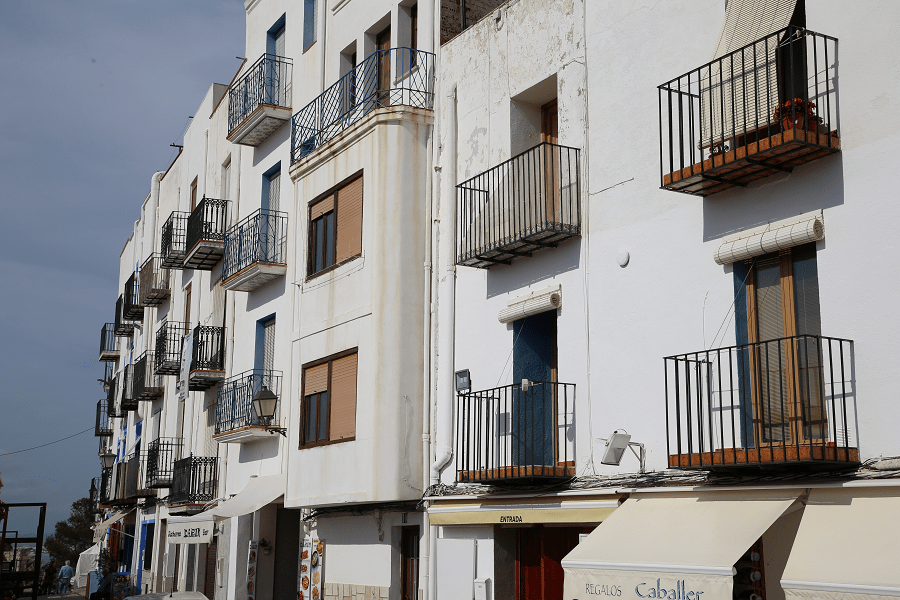 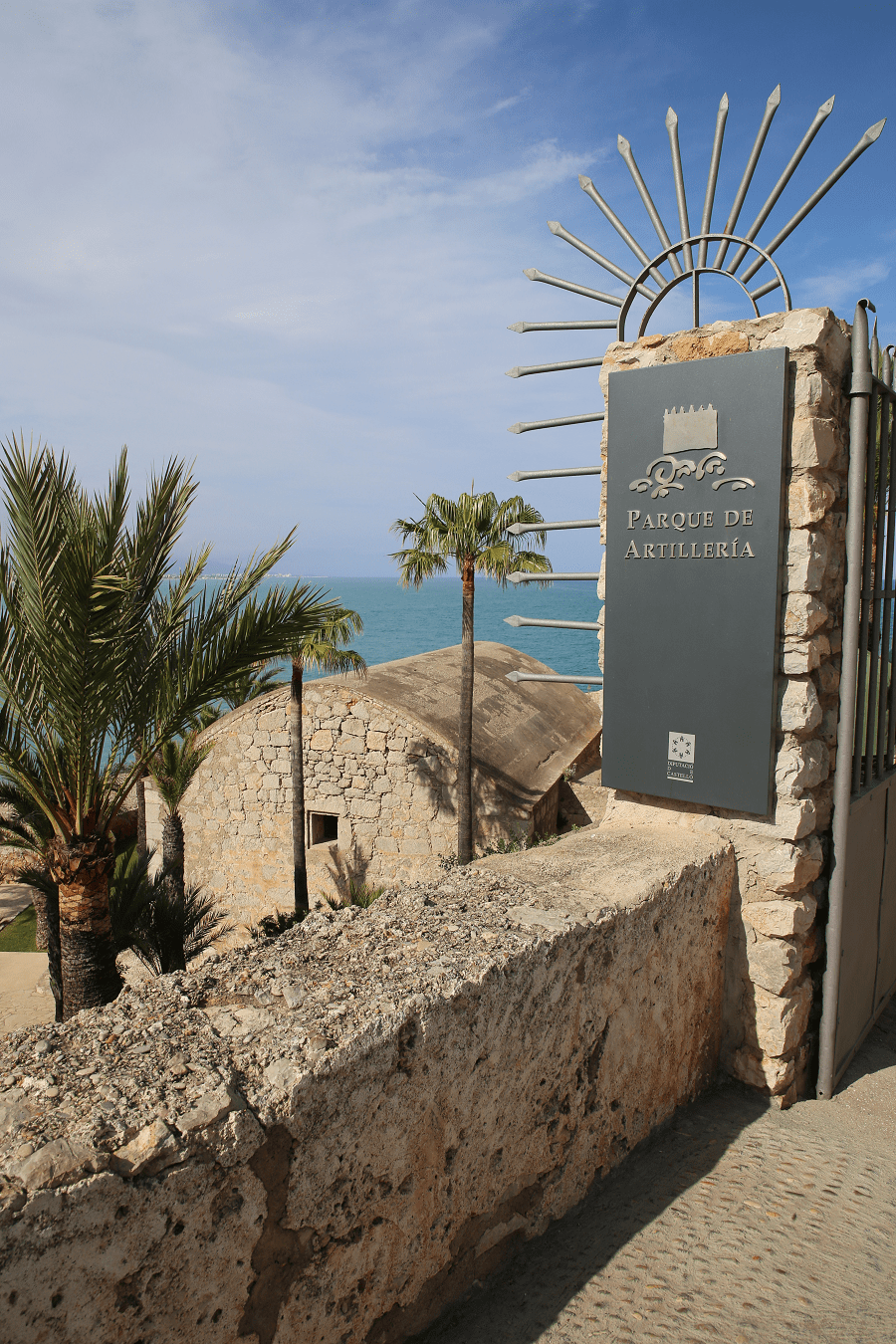 The Castillo Palacio de Peñíscola, also called Castillo del Papa Luna, is located in the highest area of the rock that dominates the city, reaching a height of 64 m above sea level. Its perimeter is about 230 m and it has an average height of 20 m. The Templars built this Romanesque work on the remains of the old Arab fortress between 1294 and 1307.

The castle was involved in various military conflicts of the Kingdom of Aragon, and later in the War of the Spanish Succession in the early 18th century, the Peninsula War and civil conflicts in the early 19th century, each of which impacted upon the state of the castle defences in some form. The castle garrison was finally disbanded in 1890. 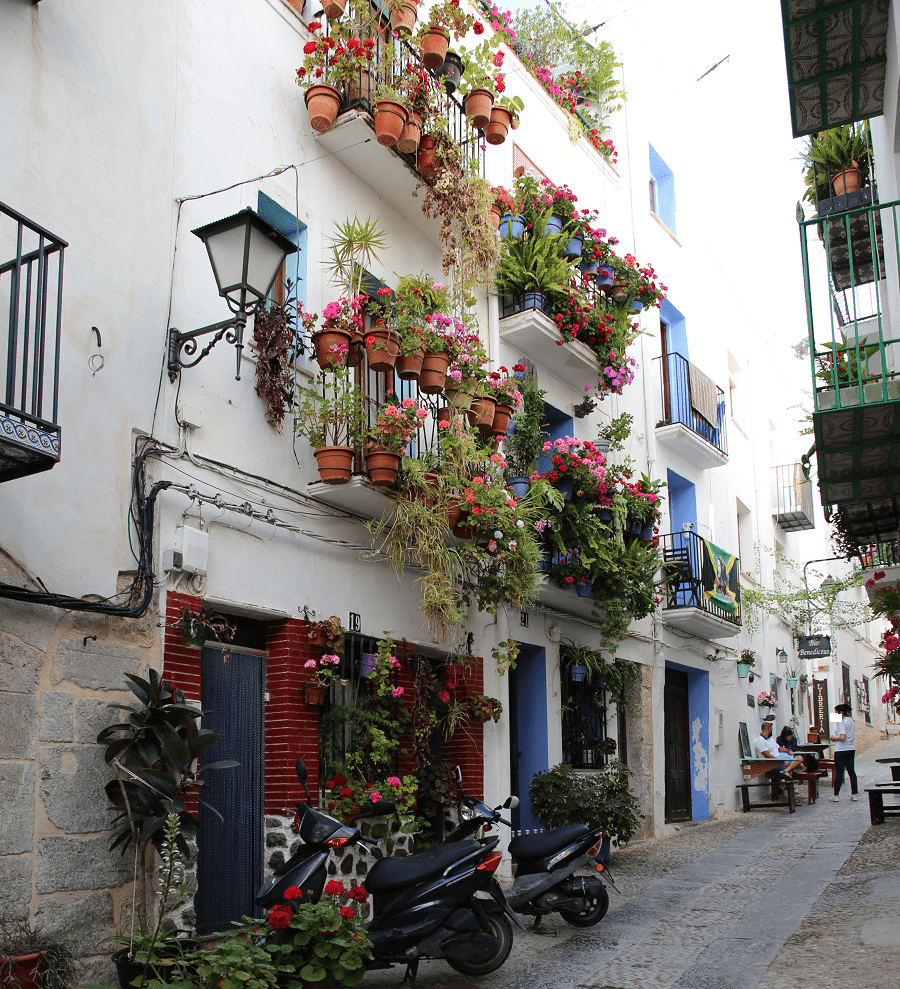 The castle is restored and is open to the public.

Other places of interest are: 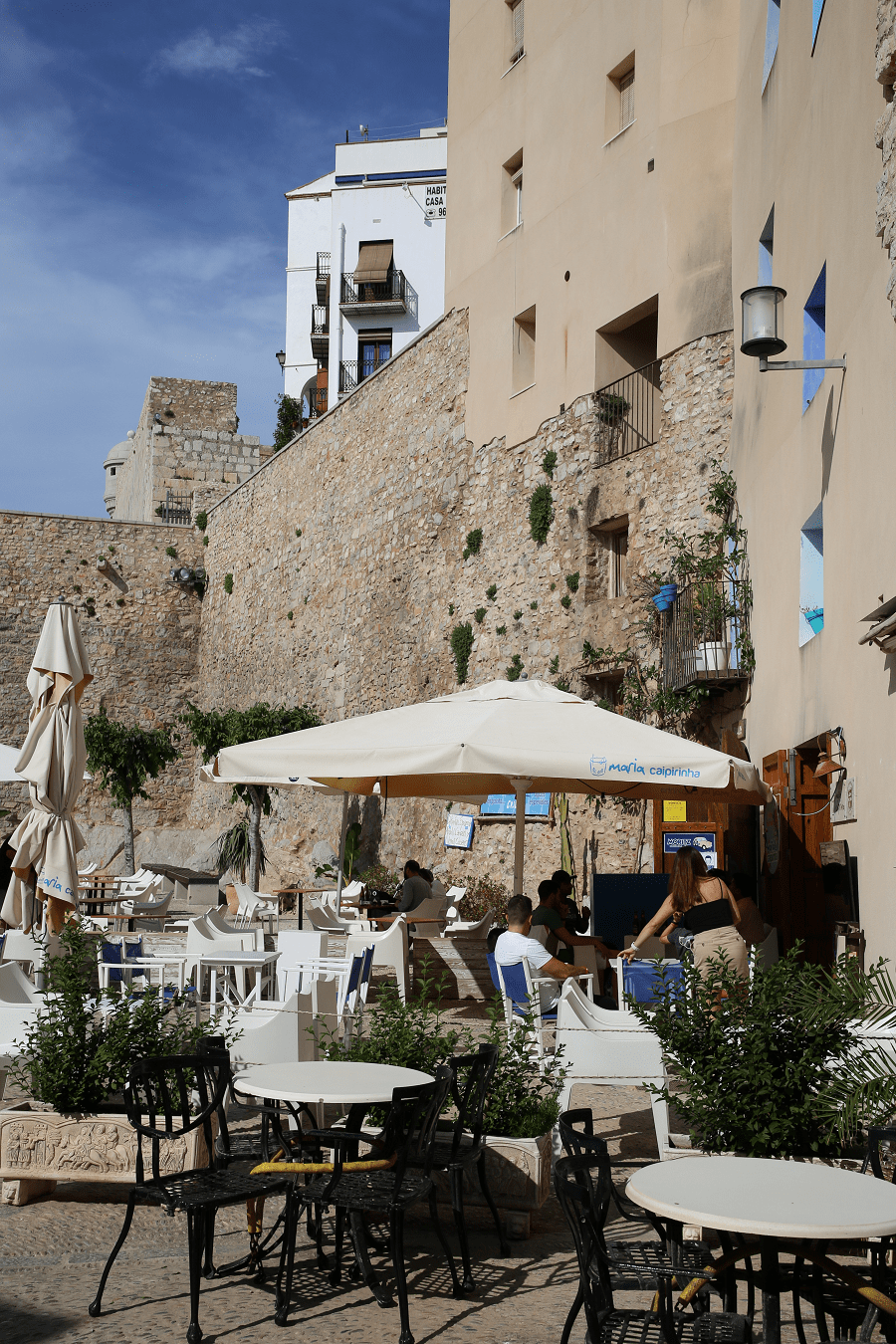 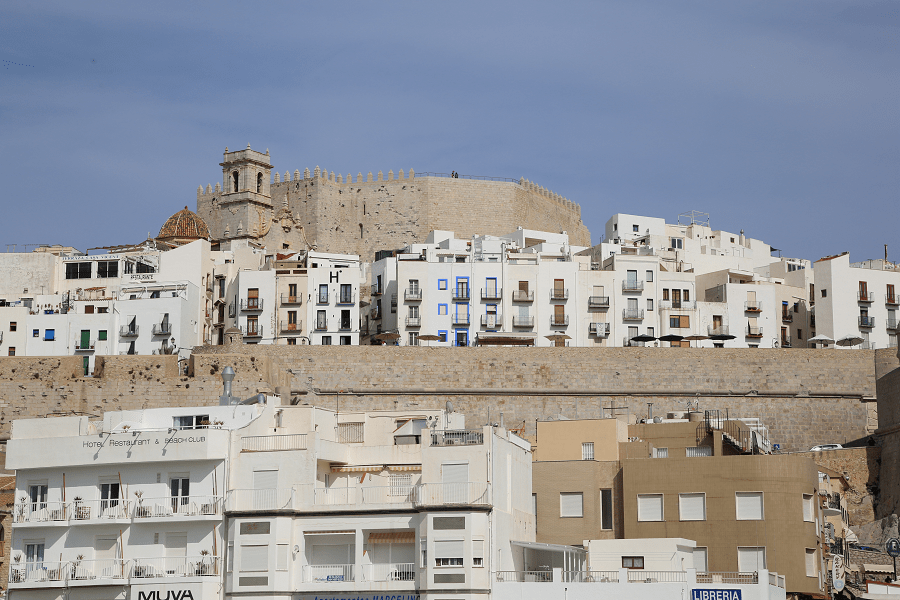 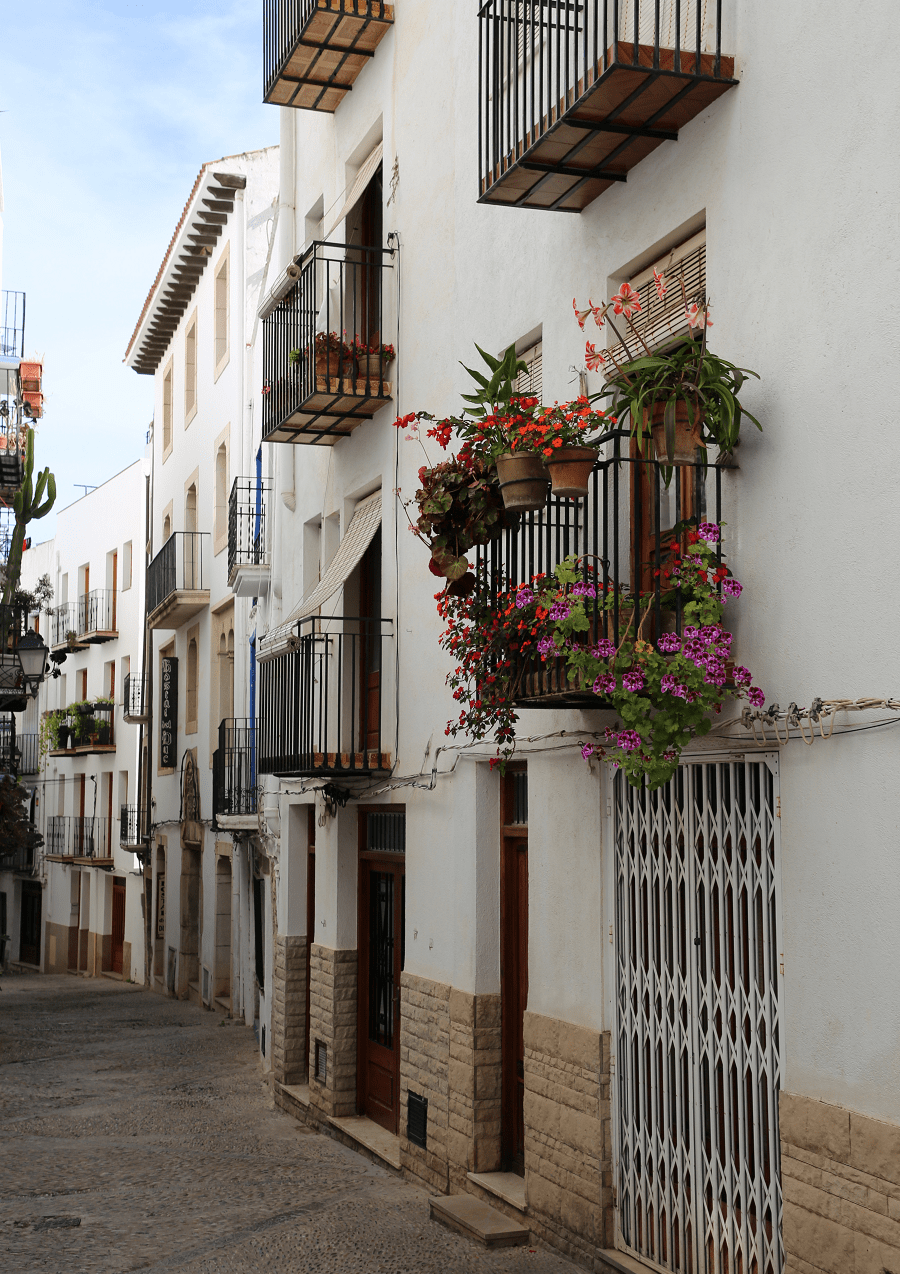 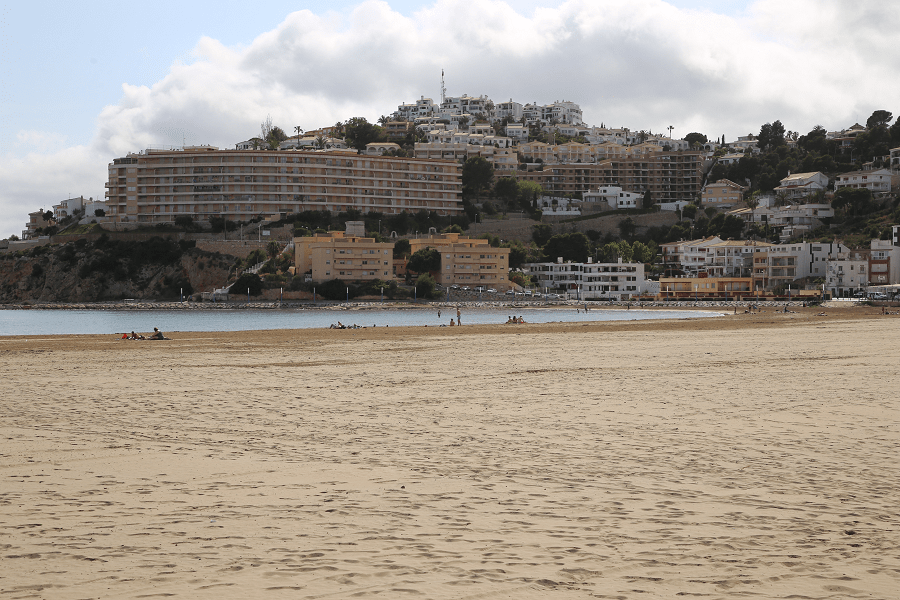 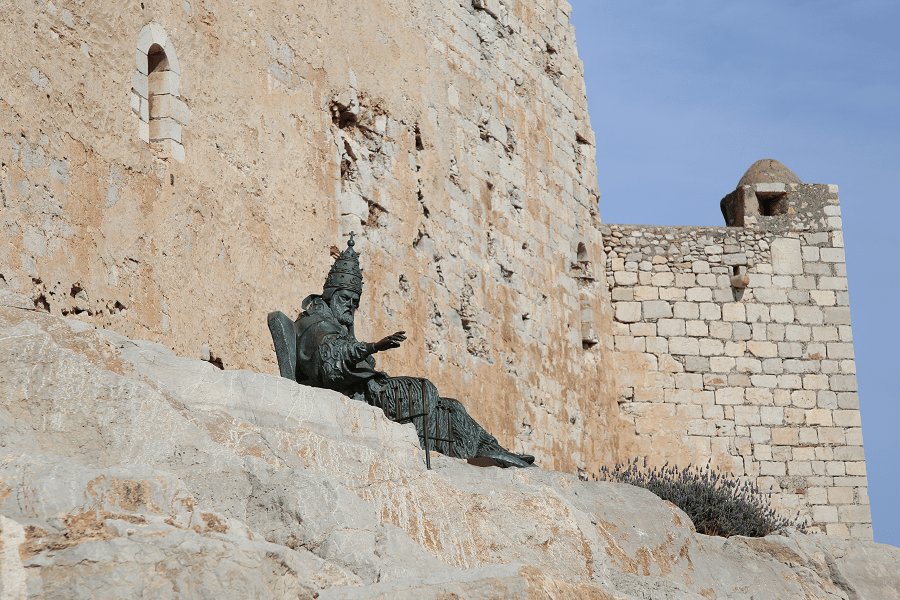 North beach – main city beach. A large, attractive beach in a spectacular setting, with the Papa Luna Castle as its backdrop. Over five km of fine sand.

South beach is famous for its fine sands with 300 m in length and 35 m in width. 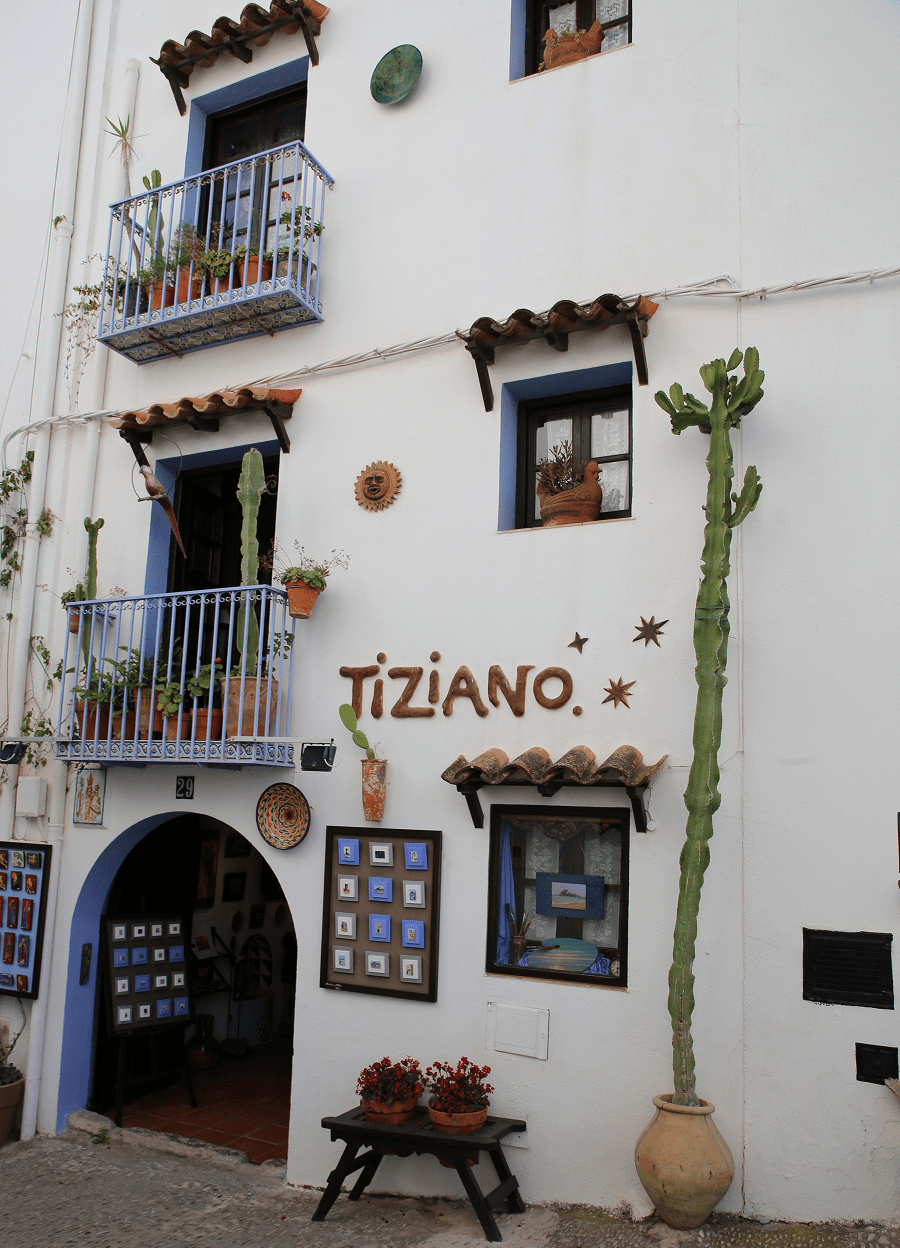 If you want to buy fresh fish fresh directly from the sea, nothing better than going to the fish market. Every afternoon, from Monday to Friday, you can attend the auction and buy fish, products brought by the local fleet that work in the Mediterranean, both artisanal fishing and trawling.

During the summer months, the Hippie Market is mounted on Calabuig Street, next to the wall. It brings together artisans of all kinds from all over the world, with variety and originality of products at fair prices: jewellery, ceramics, clothing, footwear, essences, etc. 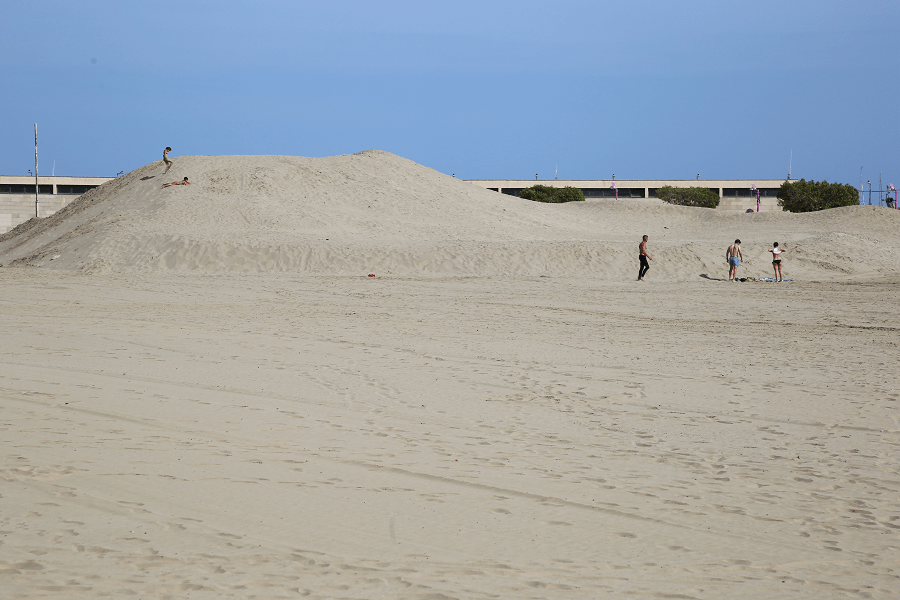 The Weekly Market is held every Monday in the Mestre Bayarri street. A generalist market where you can find everything, or almost everything you want to buy: fruits and vegetables, pickles, clothes, footwear, etc.

In Peñiscolana cuisine, the monkfish or pulpitos, the fish suquet or remescló, the paelleta, as well as shellfish, snails (caragol punxent), mussels, crayfish stand out. The different rice dishes in their seafood varieties, the arrosejat or arroz a banda, the paella and the fideuà, are also a fundamental part of the diet of these lands. As a typical dish of local stew, it has the olleta. 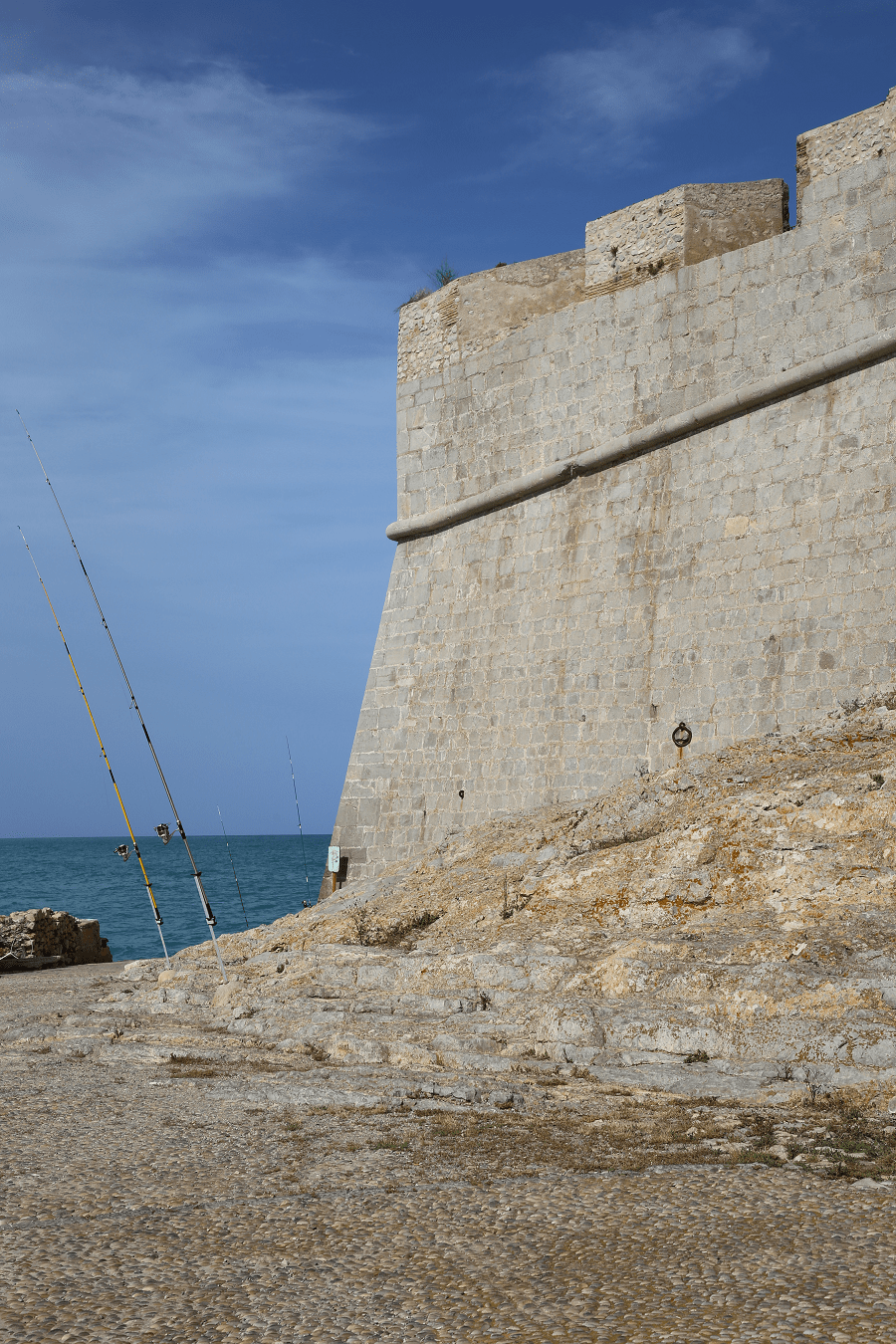 The nearest airport is Castellón and is only 45 km from Peniscola. Some of the airports with the highest volume of air traffic are Reus, 100 km away, and Valencia, 150 km away. 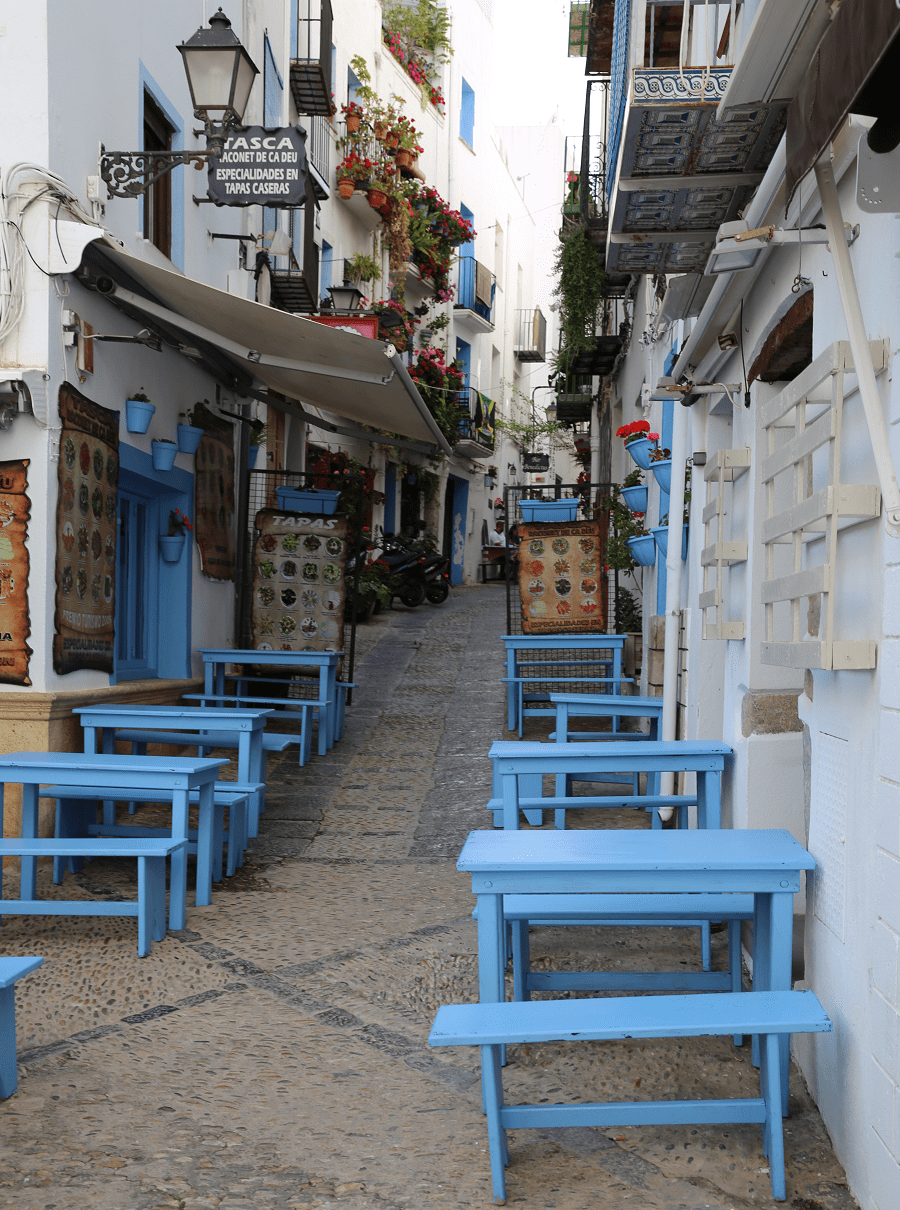 Peniscola does not have a bus station, however, there are companies that offer transport services to this municipality: AUTO-RES (AVANZA BUS): Buses from Madrid, HIFE: Buses from Castellón, Valencia and Zaragoza.

Peniscola does not have its own train station. The nearest is Benicarló: located 7 km from the centre of Peniscola, it has routes from different parts of the peninsula thanks to the long-distance trains of RENFE (Spanish National Railway Network). During the summer season, several buses leave the station every hour for Peniscola. You can also use the taxi service. 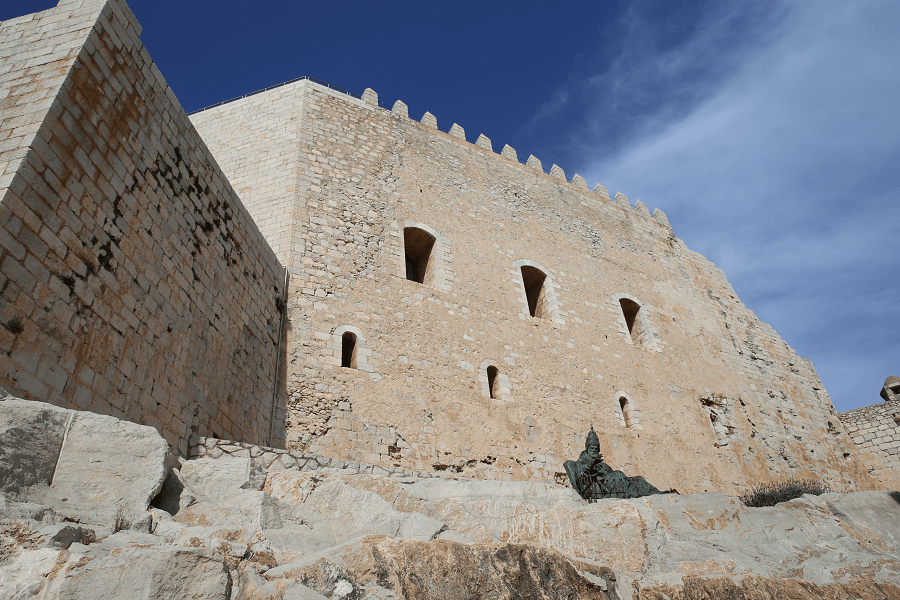 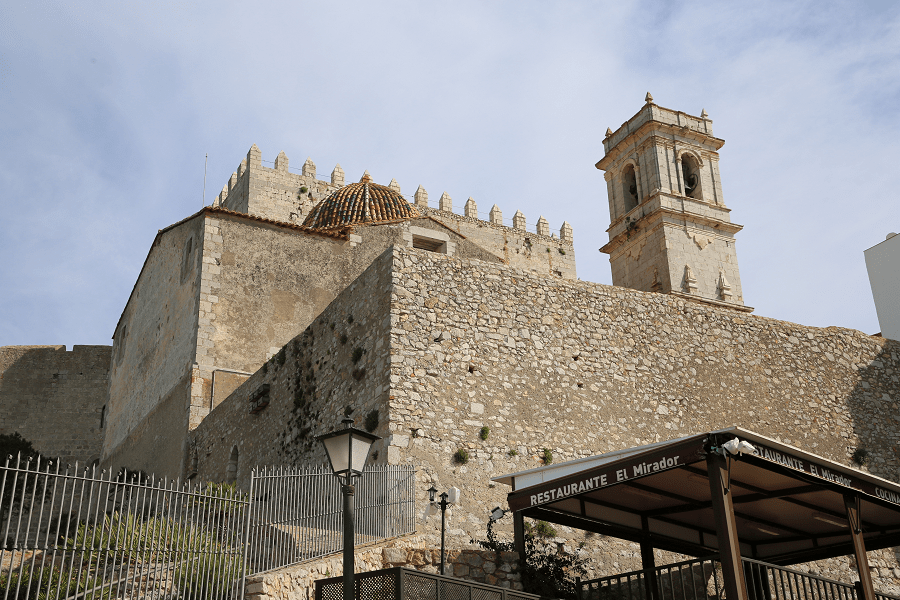