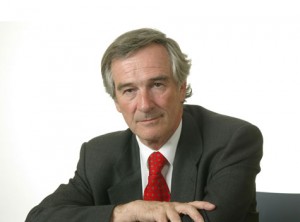 Spanish newspaper El Mundo informs that the mayor of Barcelona Xavier Trias denies the information on concealing 12.9 mln euro on his bank accounts in Andorra. In his interview on the air of Catalan radio station he called this statement “the biggest lie he has ever heard in his life”.  “I am not ready to put up with unfounded corruption charges that cast shadow on my good name. Neither me, nor the members of my family have ever had such money on their accounts wherever”, he said.

Nevertheless, in accordance to the information, published in the newspaper, Spanish  law enforcement agencies initiated the investigation in order to clarify whether Mr. Trias has got bank accounts in Andorra or not.

Xavier Trias is an experienced politician that used to occupy many different positions: pediatrician,  the delegate of Legislative Assembly in Madrid and also Healthcare Policy Adviser for the ex-President of Catalonia Jordi Pujol. It should be recollected that Jordi Pujol was also accused of concealing more than 500 mln euro on his non-declared accounts in Andorra. A criminal case was brought against Mr. Pujol, he is deprived of pension payments and honorary degrees. But due to the preservation of bank secrecy policy the investigation moves on slowly.