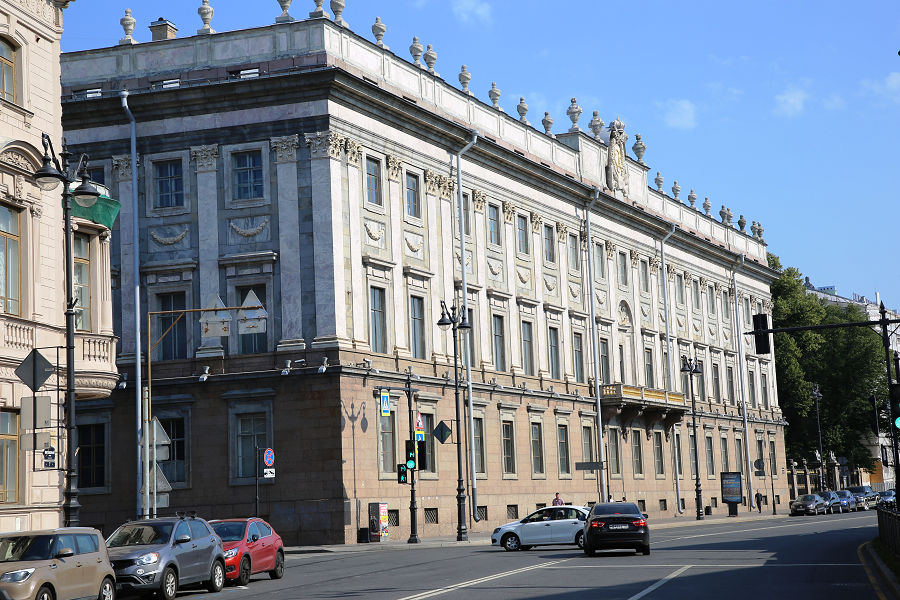 The Marble Palace is a historical building in the center of St. Petersburg. An architectural monument of Russian classicism. Since 1992 – a branch of the State Russian Museum.

The palace is located on the 1st Admiralteysky Island, in the quarter bounded by Palace Embankment, Suvorov Square, Millionnaya Street and Marble Lane.

The northern facade of the building overlooks the Palace Embankment, behind it is the Neva River, on the other side of which is the Peter and Paul Fortress.

The Marble Palace is a masterpiece of the architecture of early Catherine’s classicism. It was built in 1768-1785 according to the design of the Italian architect Antonio Rinaldi. Until the end of the XIX century G. Quarenghi was considered the author of the palace. For the first time, the name of the true author of the project with the discovery of the author’s drawings of the main staircase was named only in 1885 by the protodeacon of the Church of the Marble Palace V. Orlov.

This is the first building in St. Petersburg, the facades of which, unlike most buildings in the city, are lined with natural stone – granite and marble. Hence the original name: “Marble House”. In addition, the Marble Palace is the most Italian building in the city, it feels both the spirit of the Florentine Renaissance palazzos and the memory of the palace in Caserta, where Rinaldi worked under L. Vanvitelli before coming to Russia.