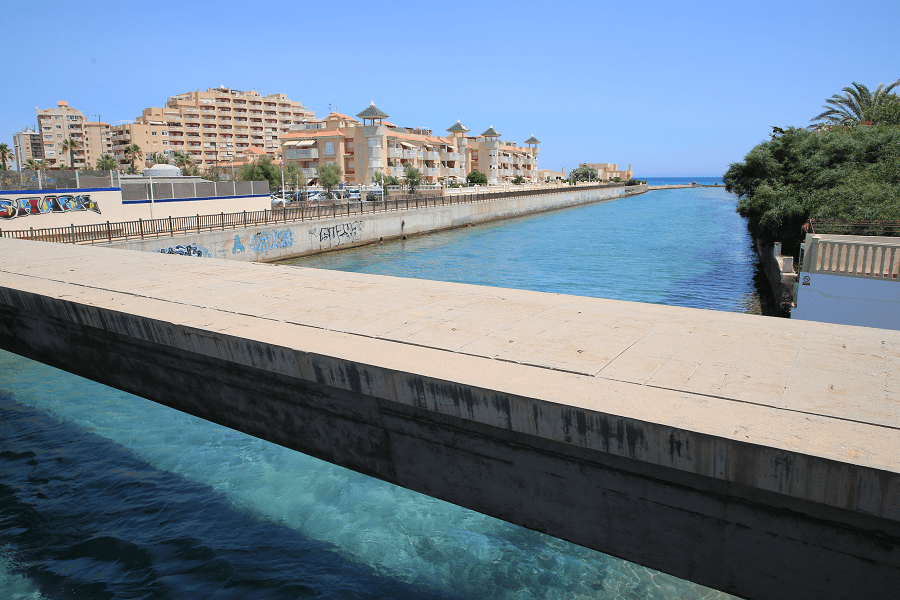 Mar Menor is a coastal saltwater lagoon in the Iberian Peninsula located south-east of the Autonomous Community of Murcia, Spain, near Cartagena.

Four municipalities form the Mar Menor, Cartagena, Los Alcázares, Santiago de la Ribera and San Pedro del Pinatar. With a surface area of 135 km2, a coastal length of 70 km, and warm and clear water no more than 7 metres in depth, it is the largest lagoon in Spain.

Its special characteristics make it a very important tourist destination, within sun and beach tourism. In 2019, the Mar Menor offered almost half of the hotel rooms in the region, a majority of them (60%) located in La Manga del Mar Menor. 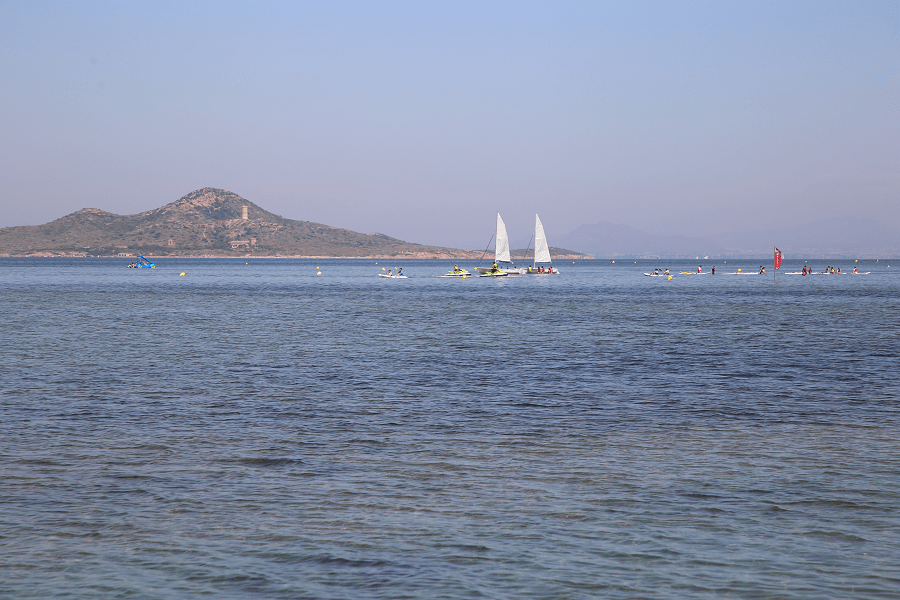 It is a lagoon, since the difference between it and a coastal lagoon or coastal lagoon is that the Mar Menor is in permanent communication with the Mediterranean Sea through various channels or gullies, while the coastal lagoons are isolated.

In a semicircular shape, the Mar Menor is separated from the Mediterranean Sea by a strip of sand 22 km long and between 100 and 1200 m wide, called La Manga del Mar Menor. In its coastal perimeter it has 73 km of coastline, in which beaches with previously transparent waters (since the mid-2010s, with variable turbidity) and shallow waters (the maximum depth is not greater than 7 m) , and has 135 km² of surface. 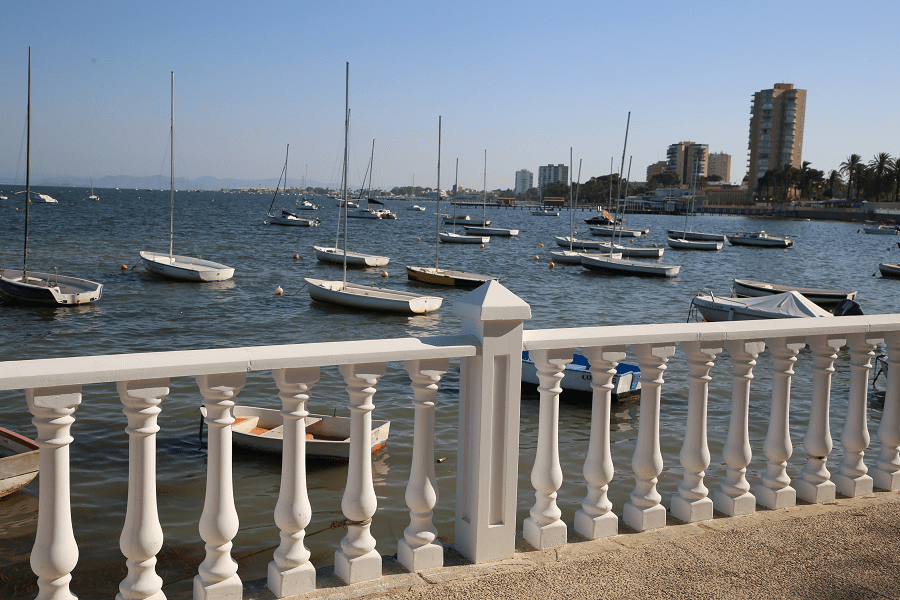 In its southern zone there are five islands or islets of volcanic origin: three are the so-called major islands: Perdiguera island, Mayor or Barón island and Ciervo island; and two smaller islands: Isla Redonda or Rondella and Isla del Sujeto. 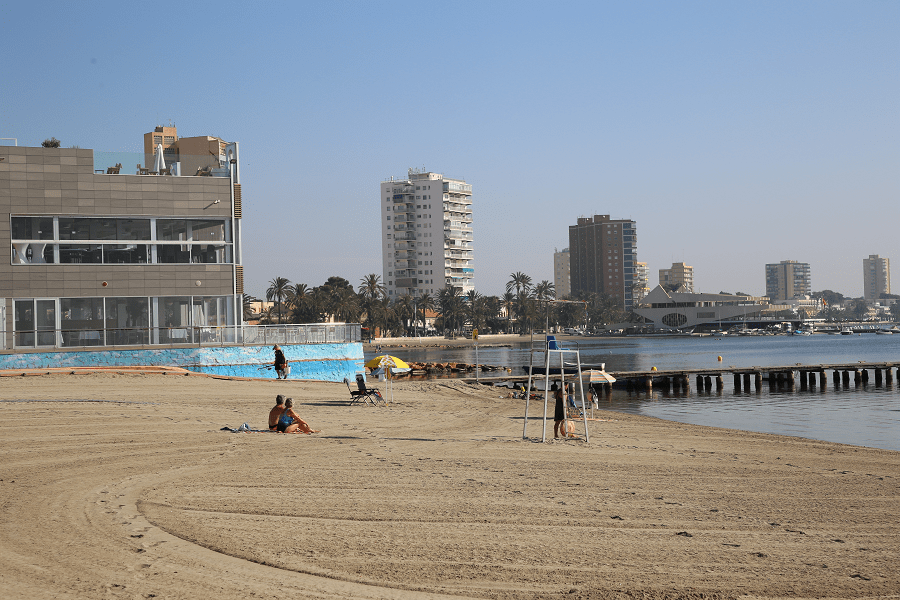 From north to south the coasts that bathe the Mar Menor belong to the municipalities of San Pedro del Pinatar (towns of Lo Pagán and Los Cuarteros), San Javier (town of Santiago de la Ribera and most of La Manga), Los Alcázares and Cartagena (towns of El Carmolí, Los Urrutias, Los Nietos, Islas Menores, Mar de Cristal, Playa Honda, Playa Paraíso and part of La Manga), being the municipality with the longest coastline on the Mar Menor.

The lagoon and its peripheral wetlands have been designated by the United Nations as a Specially Protected Area of Importance for the Mediterranean (Barcelona Convention). This is RAMSAR wetland number 706. 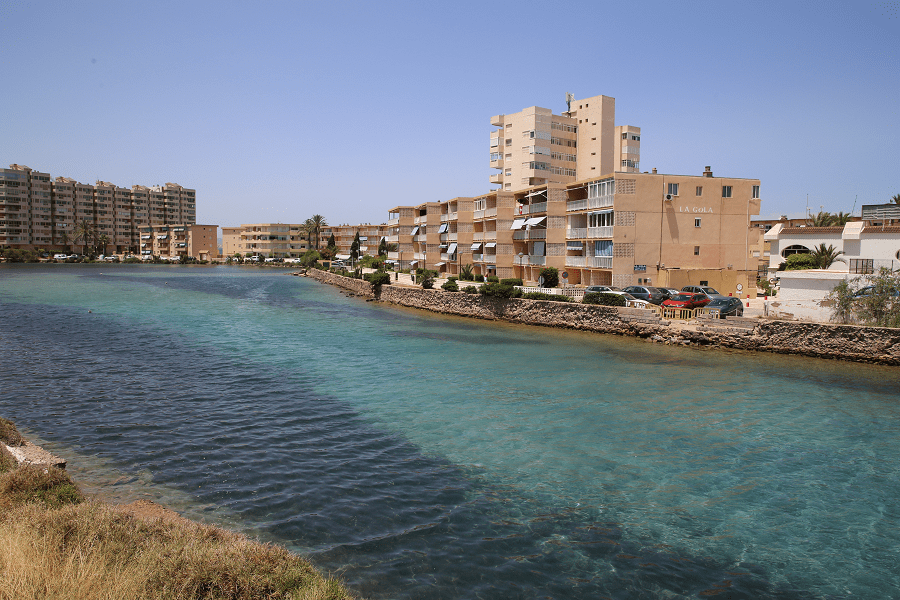 Open spaces and islands of the Mar Menor: The five volcanic islands of the lagoon are protected within this space: Perdiguera Island, Isla Mayor or Barón, Isla del Ciervo, Isla Redonda or Redondella, and Isla del Sujeto, as well as the spaces of the Lo Poyo salt marsh, the Carmolí (both the Cabezo and the marina), the La Hita beach, the Cabezo de San Ginés and the Marchamalo salt flats. Protected areas as a natural park. Municipalities of Cartagena, Los Alcázares and San Javier.

Grosa Island, which shares the same volcanic origin as the interior islands of the Mar Menor, is also protected within the Natural Park of Islands and Islets of the Mediterranean Coast. 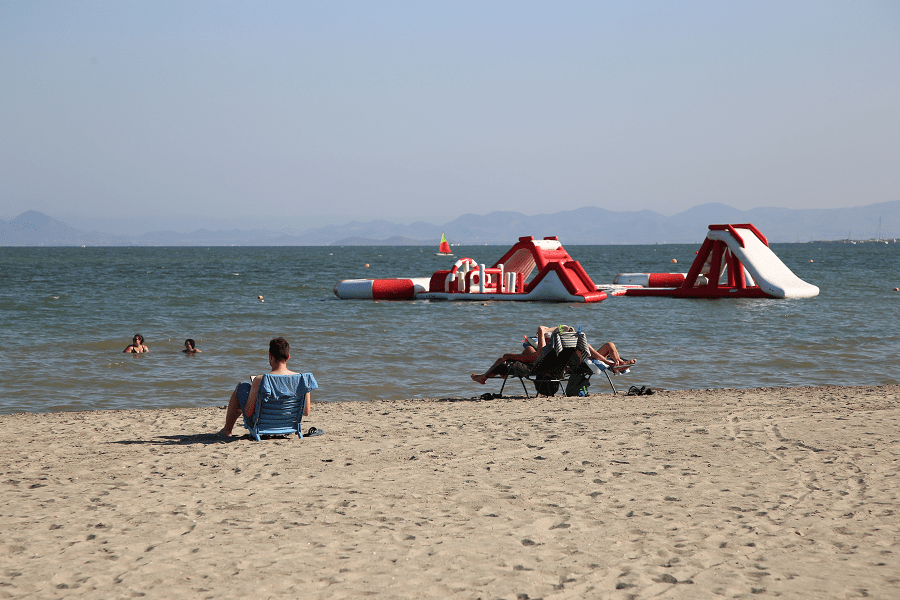 In July 2016 pollution was reportedly so severe as to render the area close to ecological collapse, following 18 years of neglected warnings. The public prosecutor’s office is investigating allegations of negligence against the relevant authorities, which are governed by the conservative People’s Party. 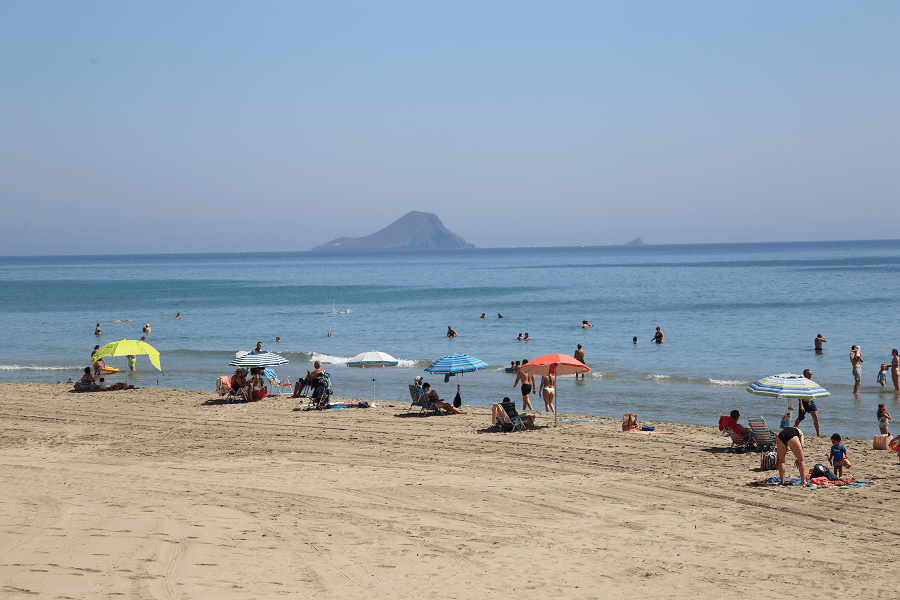 In October 2019 the pollution entering after floods in September led to thousands of dead fish lining the beaches, having suffocated due to a lack of oxygen. Intensive farming in surrounding areas leads to high levels of nitrates, ammonium and phosphates from fertilizers being washed into the lagoon, causing eutrophication, an excessive growth of algae and bacteria that deprives the water of oxygen.