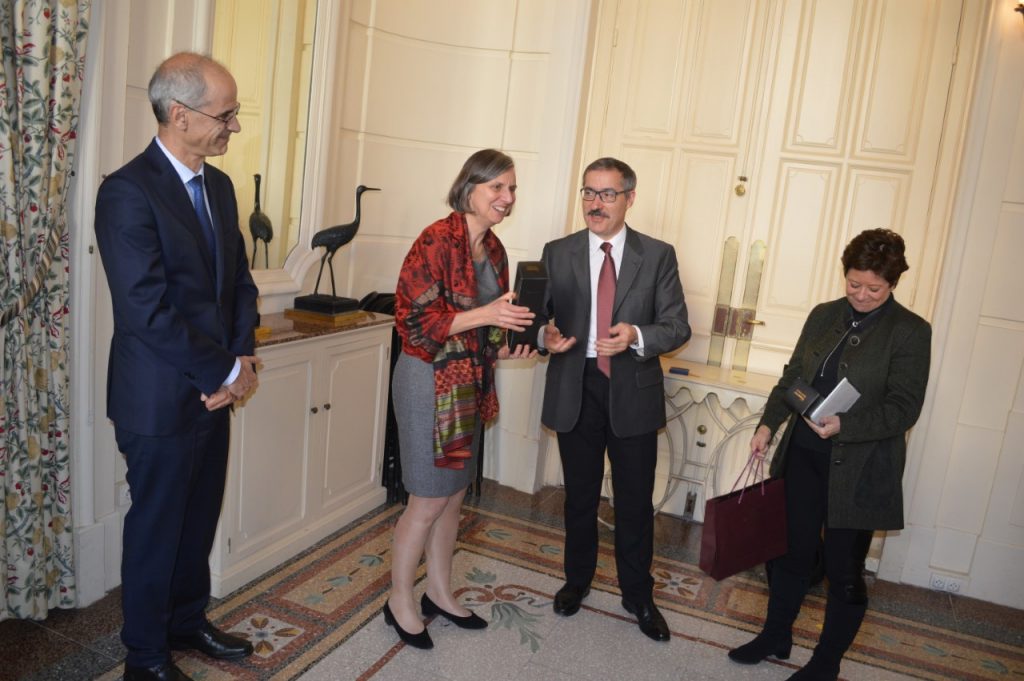 The Head of Government of Andorra Antoni Martí and the prefect of the Eastern Pyrenees (Pirineus Orientals) Philippe Vignes held a meeting to discuss issues of cross-border relations of two countries. Among them – a project on the improvement and reconstruction of the road RN 22, which connects Andorra and France, the co-operation in the area of renewable energy, as well as the development of economic and business relations.

The meeting was held in Perpignan (France). It was also attended by Territorial Administration Minister Jordi Torres, Ambassador of Andorra in France Cristina Rodríguez, French Ambassador in Andorra Jocelyne Caballero, as well as representatives of the Office of interdepartmental roads (DIRSO), Police, Customs service, the Chamber of Commerce of the Eastern Pyrenees, the University of Perpignan and Perpignan airport.

Speaking about the development of cooperation in the area of renewable energy, the rector of the University of Perpignan Fabrice Lorente, in particular, said that “the university’s Department of the Study of the use of renewable energy has recently been established. This project – first in Europe, and we are ready to share our experience with students of Andorra”.

President of the Chamber of Commerce of Eastern Pyrenees Bernard Fourcade expressed a desire to work more actively with Andorra, to study business opportunities in the Principality in terms of attracting foreign investment.

Director of Perpignan airport Denis Leluc discussed with representatives of the delegation of Andorra prospects of development of tourist destinations of the southern region of France in Andorra, especially during the ski season.