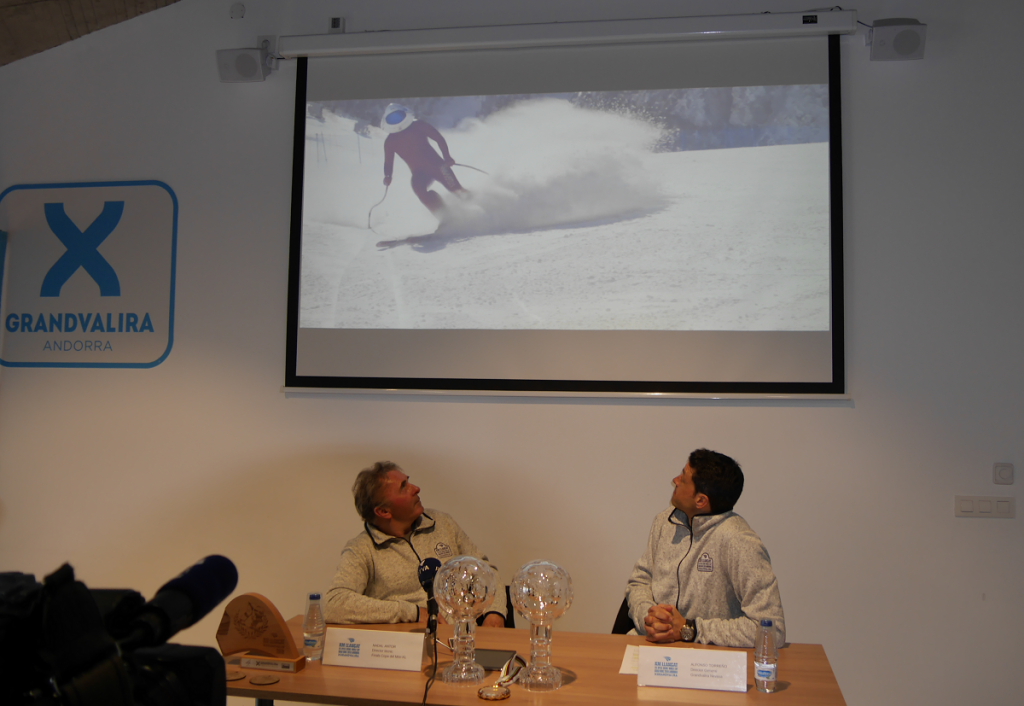 The target for the organizers of the event is to beat the established speed record and reach the speed at the descent over 200 km / h. To date, the maximum speed on this slope was 199.56 km / h – it was established by an sportsman from Switzerland, Philippe May.

The competitions will be held on the slope Riberal (Grau Roig). This slope is the only one in the southern part of Europe made for this type of competitions. Its total length – 900 meters, the braking zone – 450 m, vertical drop – 200 m (plus an additional 10 meters of a special descent tower).

This year, Andorra is holding the second final of the World Championship. In total, seven competitions were held in the principality.

“Flying Kilometer” – competition, which combines speed, technique and skills of the athletes. The first competitions were held in 1930 in St. Moritz, where the first speed record was traced at 139 km/h. Currently speed record – 252.632 km/h.

This year World Championship Speed Skiing stage will consist of three races. The competition will be attended by men and women.

Last year, the winner of the competition was Bastien Montes.

Photos from the competition of 2017 see here