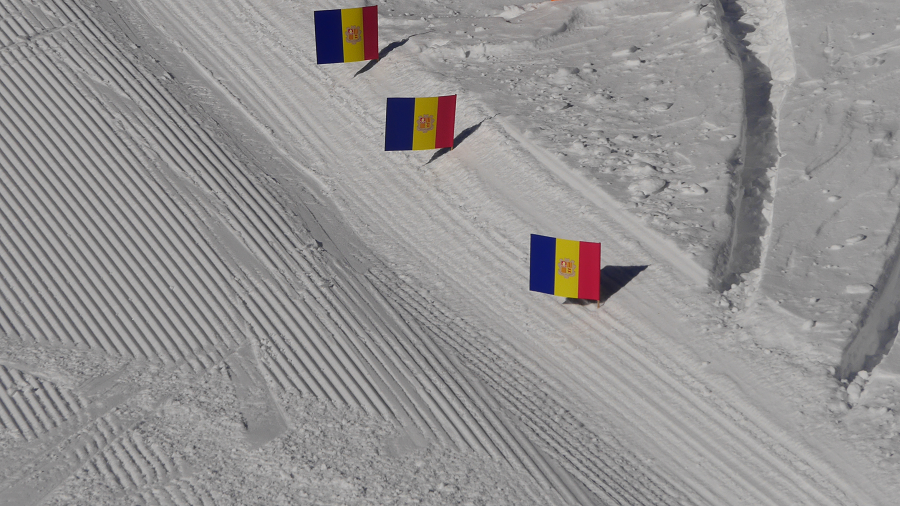 The country’s wealth, relatively strong public finances and political stability are balanced by the economy’s small size (estimated USD3 billion in 2017), the risks associated with a large banking sector and poor economic data availability and frequency.

Public indebtedness is falling, reflecting small deficits at central government level, and improved growth dynamics. Fitch estimates that in 2017 general government debt fell below 40% as a share of GDP for the first time since 2012, reaching 37.6% (compared with a ‘BBB’ median estimate of 40.7%). We expect the debt ratio to fall further, to 34.6% by end-2019. The sovereign’s balance sheet is enhanced by a large stock of liquid assets in the social security sector (around 45% of GDP).

Fiscal financing flexibility has improved in recent years. The average maturity of debt has risen to 3.8 years from 2.8 in 2015, and Andorra issued two five-year bonds in 2017, which account for around one-third of the overall debt stock.

Growth dynamics in the Andorran economy have improved. GDP growth on an annual basis averaged 2.1% in the first three quarters of 2017. We expect growth to be just below 2% this year and next, in the context of steady, if slightly declining growth in Andorra’s neighbours and main trading partners. The pick-up in growth has been accompanied by labour market improvements, with numbers employed increasing by around 2%, and unemployment falling further. At the same time, economic growth has lagged rating peers (the five-year GDP growth average to 2017 estimated at 1.3% compared with 3.2% for the ‘BBB’ median).

The Andorran authorities have made efforts over recent years to align the regulatory environment, especially in the financial sector, in line with European and international standards; and to adopt international standards of transparency and exchanges of information for tax purposes. In December the European Union published a black list of non-compliant jurisdictions outside the EU, and Andorra was not on the list.

The average Viability Rating of Fitch-rated Andorran banks is ‘bbb’. The large size of the banking sector represents a contingent liability for the sovereign, as banking sector assets were 5.6x nominal GDP at end-2016. The lack of a credible lender-of-last-resort in the financial sector restricts policy options in the event of an adverse shock and increases banking sector risks. In the event of systemic disruption in the banking sector we would expect some liabilities to materialise on the sovereign balance sheet. A tail risk is related to an outstanding lawsuit brought against the Andorran authorities by the previous owners of Banca Privada d’Andorra.

Fitch’s sovereign rating committee adjusted the output from the SRM to arrive at the final LT FC IDR by applying its QO, relative to rated peers, as follows:

– Structural factors: -1 notch, to reflect the lack of a credible lender-of-last-resort in the financial sector and the relatively large banking sector that renders the economy and the sovereign balance sheet vulnerable to the impact of banking crises.

RATING SENSITIVITIES
The main factors that could, individually or collectively, lead to an upgrade are:

-Continued declines in the government debt to GDP ratio;

-Improvements in data availability and frequency, in particular for the external accounts;

-Reduced risk of contingent liabilities from the banking sector materialising on the sovereign balance sheet.

The Outlook is Positive. Consequently, Fitch does not currently anticipate developments with a high likelihood of leading to a downgrade. However, future developments that could, individually or collectively, lead to negative rating action are:

-A deterioration in the creditworthiness of the large Andorran banks, increasing the risk of contingent liabilities crystallising on the sovereign’s balance sheet;

KEY ASSUMPTIONS
Fitch has not included the potential costs of financial damages from the lawsuit brought by BPA’s former owners against the government in its public finance projections.

The full list of rating actions is as follows: