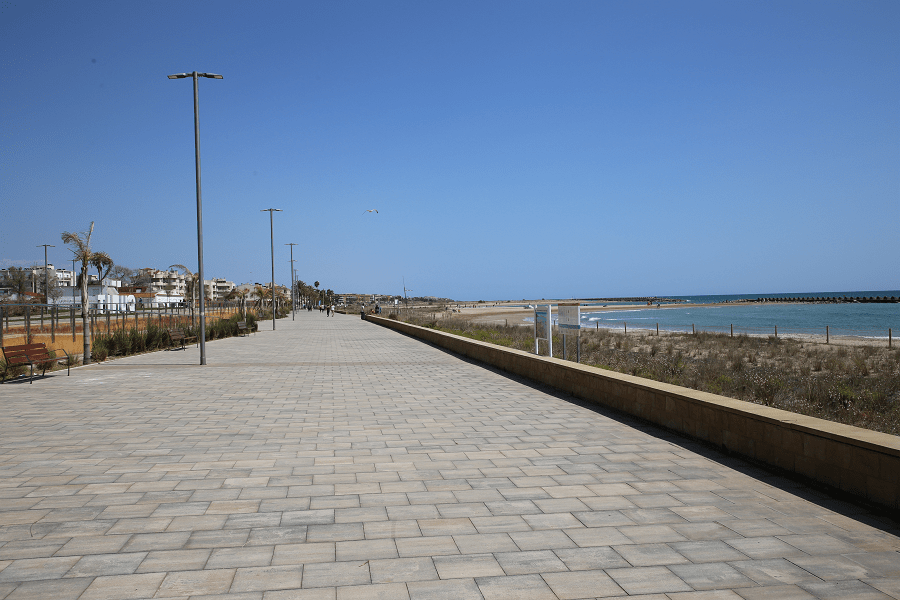 Cunit (cat. Cunit) is a city and municipality in the Baix Penedes region (Spain), Catalonia.

It’s the northernmost part of the Costa Daurada of the Mediterranean resorts of Spain.

In 1960, it became a holiday and summer resort for residents of the metropolitan area of ​​Barcelona, ​​who began to build their summer homes in this area of ​​the Costa Daurada.

Sant Cristòfol de Cunit is a church in the municipality of Cunit (Baix Penedes). Only the shamrock remained from the Romanesque building. The church is protected as a cultural property of local importance.

Masia Trenca-roques is an object included in the List of Architectural Heritage of Catalonia. Also located in the urbanization Costa Cunit Cubelles, it is heavily ruined and abandoned. The house is surrounded by a bastion with a lowered arch that dates back to 1761. The house itself has two floors. The first floor has a lowered arched door. The first floor has three rectangular windows.

Cal Pla is a typically modernist building that has been declared a cultural heritage. Admirable artistic elements can be seen here, such as a gallery of semicircular arches or carved stone railings. The gardens and a large tree-lined walkway that enlarges the main entrance were designed by French architect Jean-Claude Nicolas Forestier.

On the very coastline, one can see defensive bunkers from the war.

One of the main attractions of the municipality is two and a half kilometers of beautiful golden sandy coves protected by 7 longitudinal breakwaters and 4 islands. These breakwaters were built in the early 1980s due to the fact that the structures of the Foix reservoir, as well as the ports of Cubelles (north) and Segur de Calafell (south), caused a change in the morphodynamic balance, which led to erosion of the beaches.

Since 1997, the beaches have received a Blue Flag from the European Foundation for Environmental Education.

Shopping in Cunit is not a priority on the tourist program.

The best restaurants are located within the old town and on the Passeig Maritim. There are no Michelin-starred restaurants in the city.