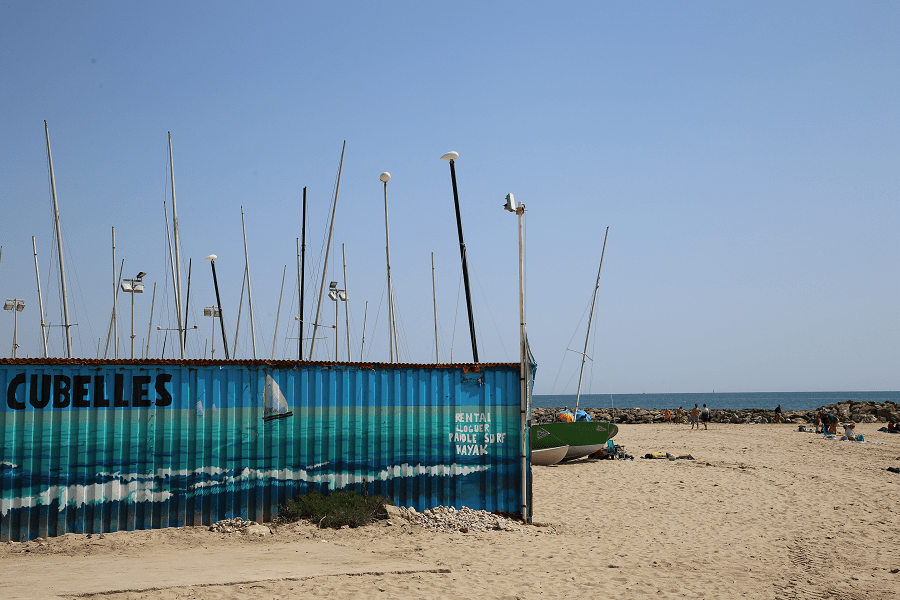 It’s a popular part of the Costa del Garraf of the Mediterranean resorts of Spain.

The city borders the first (from north) resort of Cunit, belonging to the Costa Daurada.

Local shops in Cubelles are located within the old town and are mostly family businesses. The retail space is mainly concentrated in the l’Eixample (passeig Vilanova) and the Maritime quarter. The Les Salines area has a growing industrial and commercial area.

Cubelles can be reached by train, car or bus.

Train: Cubelles station is less than a kilometer from the city center and beaches. The train leaves every 30 minutes from Barcelona-Sants Estació Station and takes 45 minutes.

For other routes, you should change to Vilanova i la Geltrú and take the Sant Vicenç de Calders train.

Cars. There are two options: a free ride on the local C-31, and on the Pau Casals toll road, the south branch of the C-32, which has direct access to the municipality.

Bus line: Cubelles has several stops that connect it to other cities in Garraf and the capital Barcelona.