Antoni Martí discussed with EU leaders in Bruselles further steps to conclude an agreement on access of Andorra into European market • All PYRENEES · France, Spain, Andorra 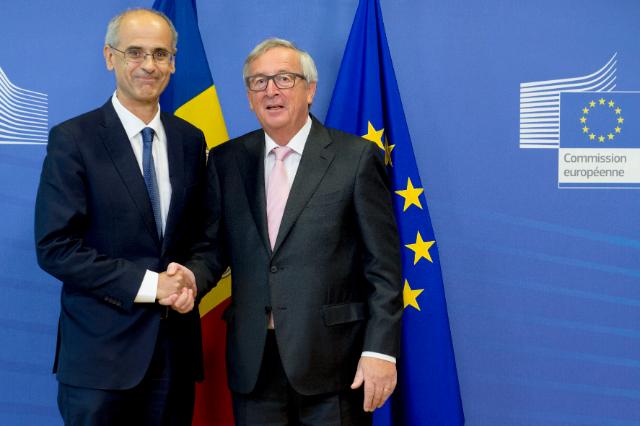 Prime Minister of Andorra Antoni Martí and European Commission President Jean-Claude Juncker reaffirmed their commitment for further negotiations on the conclusion of a partnership agreement. The statement was made by the parties after the meeting held between Andorra and the European Commission in Brussels on Thursday. Martí and Juncker made the analysis of the current status of negotiations between small European countries (Andorra, Monaco, San Marino) with the EU. Both leaders expressed their understanding and identified the next steps towards the conclusion of multilateral agreements.

During the meeting, the Prime Minister of Andorra, accompanied by Foreign Minister Gilbert Saboya explained that the negotiations on the Agreement on partnership were preceded by a lot of work with the participation of representatives of various social and economic sectors of the Andorran economy.

Jean-Claude Juncker said the European Union would listen carefully to all the proposals of the Government of Andorra on the upcoming agreement.

Antoni Martí also met with President of the European Council, representing the 28 EU Member States, Donald Tusk. At this meeting the parties also discussed issues related to the reforms carried out in Andorra for further transparency and economic cooperation with the EU. Tusk expressed satisfaction, in particular, with a tax reform carried out now in Andorra. According to Tusk, Andorra tax system today is in line with international standards, as well as the EU and OECD standards.

After the talks, Antoni Martí, thanked EU leaders for their support of Andorra as an independent state, and thus for their willingness to give Andorra the possibility of access to the internal European market, taking into account its interests.