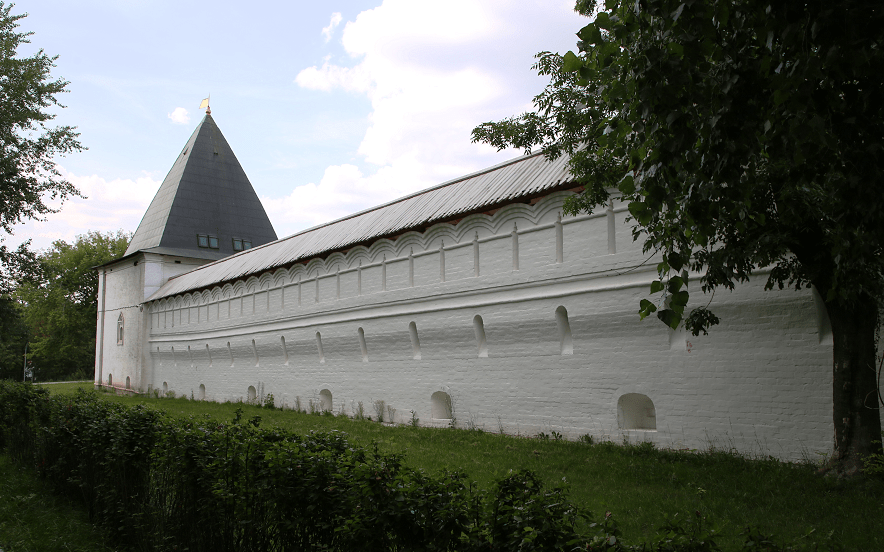 Andronikov Monastery (Savior Andronikov, Andronikov of the Savior Not Made by Hands) is the oldest monastery in Moscow, founded with the blessing of Metropolitan Alexis of Moscow on the left bank of the Yauza River.

Founded  in 1357. The monastery was named Andronikov by the name of the first abbot – Andronik, a disciple of St. Sergius of Radonezh. 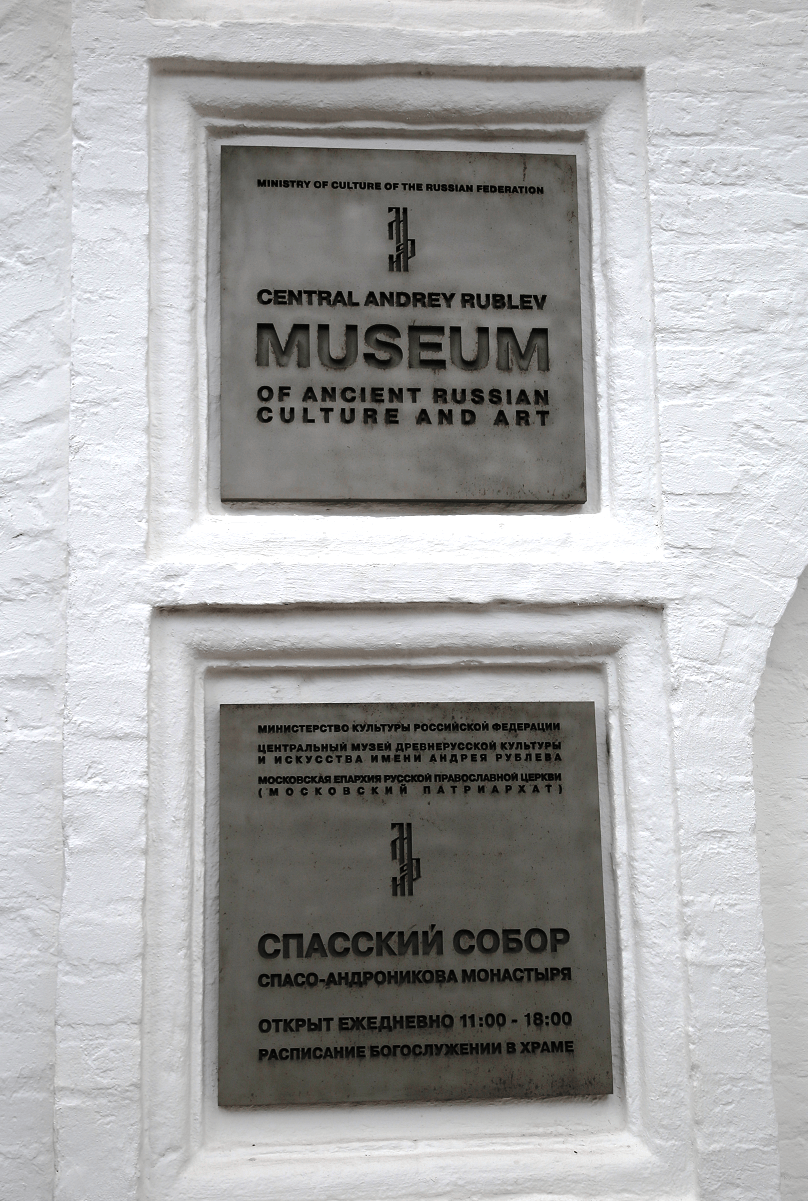 The architectural ensemble of the Andronikov Monastery is located in the Tagansky district of the city on Andronievskaya Square.

Andronikov Monastery has been ransacked on numerous occasions (1571, 1611, 1812). In 1748 and 1812, its archives were lost in fires. In the 19th century, there were a theological seminary and a library on the cloister’s premises. In 1917, there were seventeen monks and one novice in the monastery. 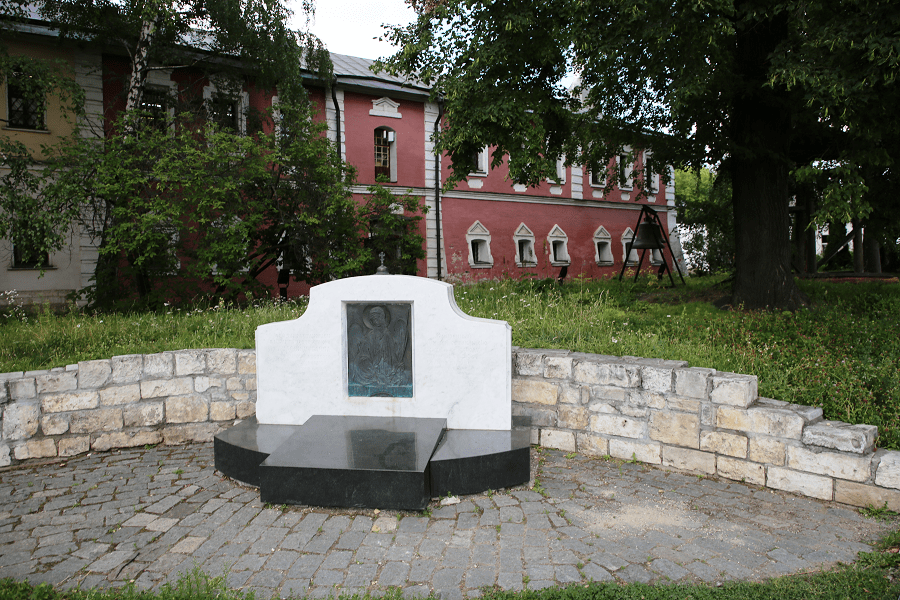 After the Russian Revolution of 1917, the Andronikov Monastery was closed. One of the first Cheka’s penal colonies (mostly, for foreign nationals) was located within the walls of the monastery.

In 1989, the Cathedral of the Savior was consecrated, services resumed. 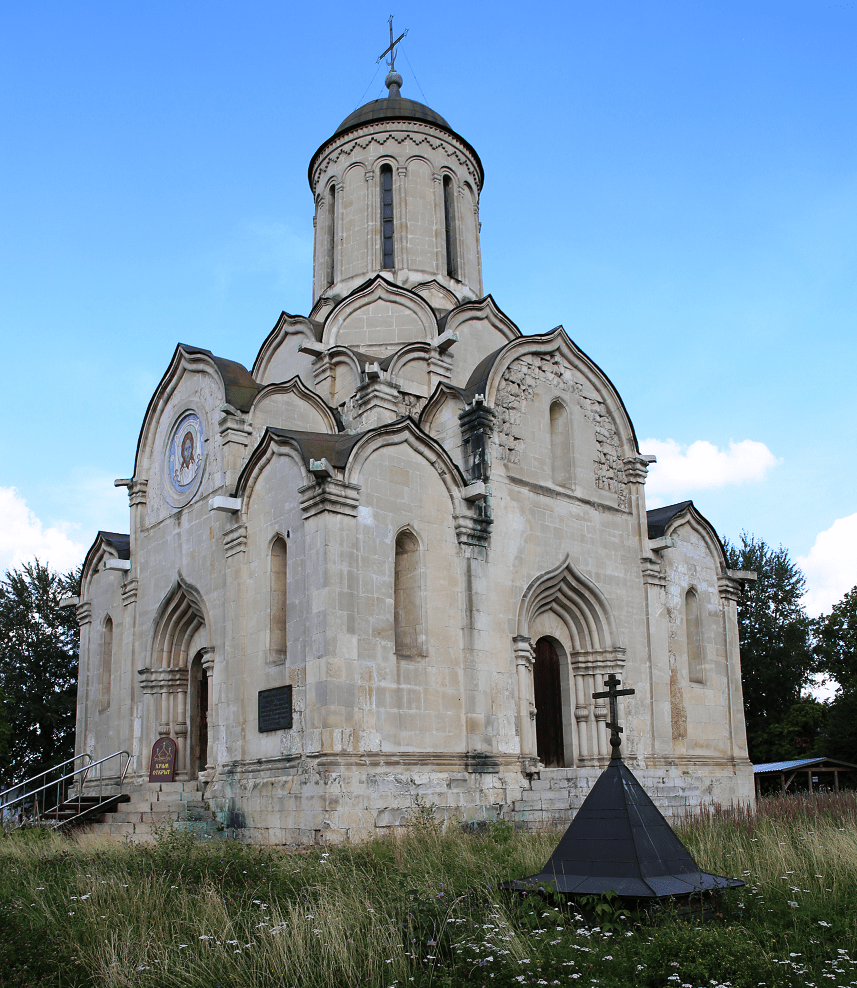 Modern appearance of the monastery. The architectural ensemble of the Andronikov Monastery has preserved:

The white-stone Spassky Cathedral, one of the oldest buildings in Moscow (restored in forms close to the original, in 1959-1960).
Refectory (1504-1506)
Stone walls and towers (XVII-XVIII centuries)
Rector’s quarters (1690)
Tiered Church of the Archangel Michael, built in the forms of the Moscow Baroque (1694-1739, restored in 1960)
Ancestral tomb of the Lopukhins
Fraternal Corps (beginning of the 18th century)
The building of the religious school (1810-1814). 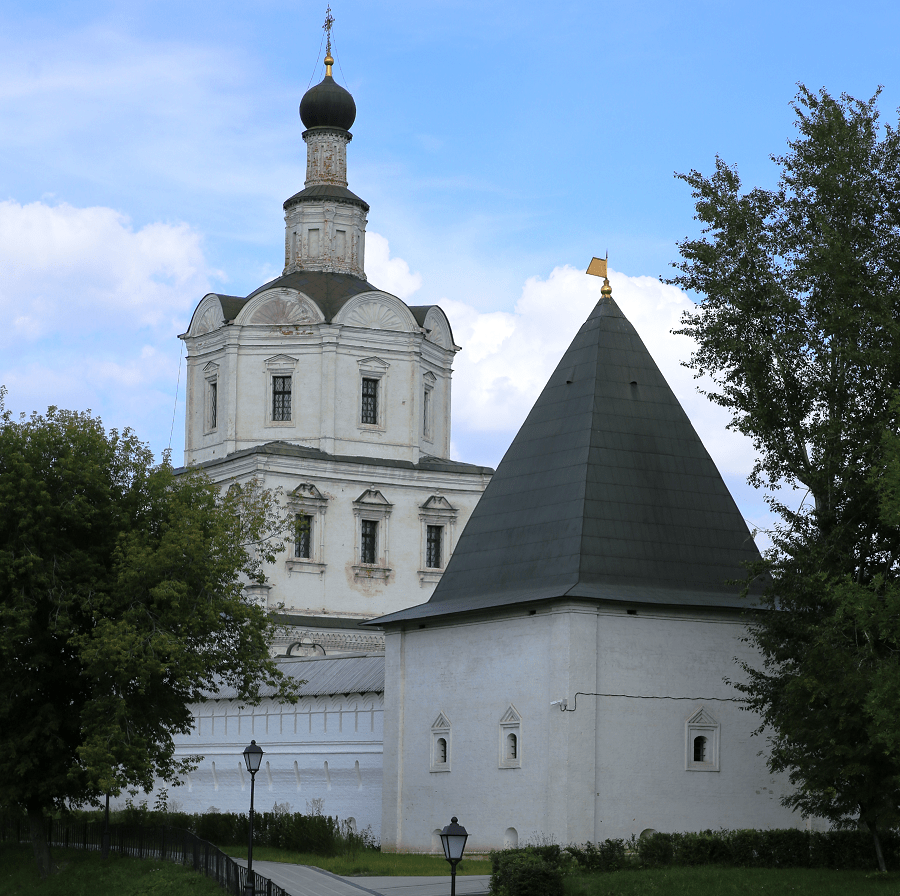 The revival of the monastery began after the Great Patriotic War, when it turned out that the cathedral of the monastery is the oldest surviving building in Moscow (the Church of the Nativity of the Virgin (Resurrection of Lazarus) in the Kremlin survived only to the level of the choir). In 1947 (the year of the 800th anniversary of Moscow), an initiative group headed by academician Igor Grabar turned to the government with a request to create a Museum of Old Russian Painting on the territory of the monastery. On December 10, 1947, the Chairman of the Council of Ministers of the USSR, Joseph Stalin, signed Decree No. 3974 on the creation of a historical and architectural reserve named after Andrei Rublev in the Andronikov Monastery. But in the 1960s, work on the creation of the museum-reserve was frozen. 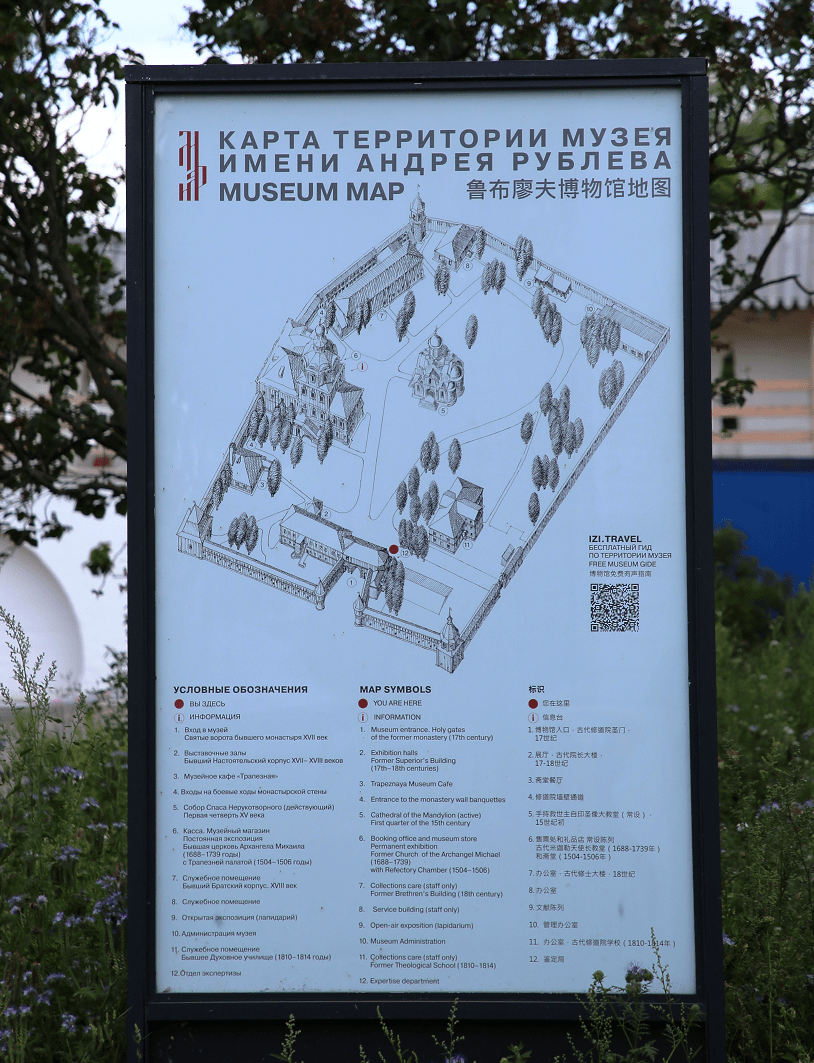 After a second letter from academicians Alpatov and Sergei Gerasimov, Nikita Khrushchev was forced to allow the official opening of the Andrei Rublev Museum in 1960, which was declared by UNESCO “the year of the Russian icon painter Andrei Rublev” in connection with the 600th anniversary of his birth. Since 1985, the museum has had its current name – the Andrei Rublev Central Museum of Ancient Russian Culture and Art (TsMiAR). The museum collection contains works by icon painters of the circle of Dionysius and Andrei Rublev and other masterpieces, including the icon of the Savior Almighty from the first half of the 13th century.

As of 2018, the exposition contains more than 13 thousand items: icons, archaeological finds, handwritten and early printed books, as well as originals and copies of frescoes. 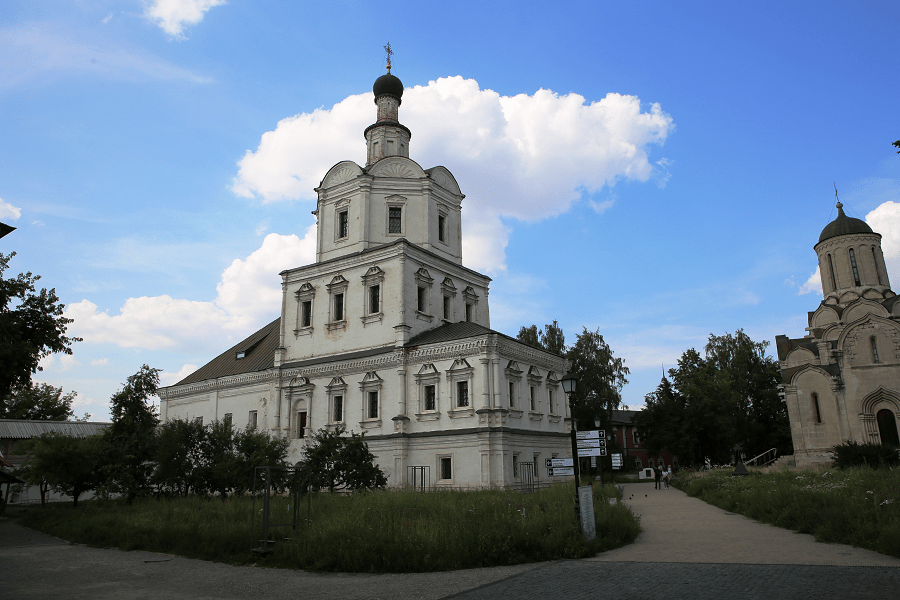 Ticket office and museum shop opening hours:
Monday, Tuesday, Thursday – from 11:00 to 21:00;
Wednesday, Friday, Saturday, Sunday – from 11:00 to 18:00.
Sale of tickets for the main exposition and temporary exhibitions ends 1 hour before the end of the working day. 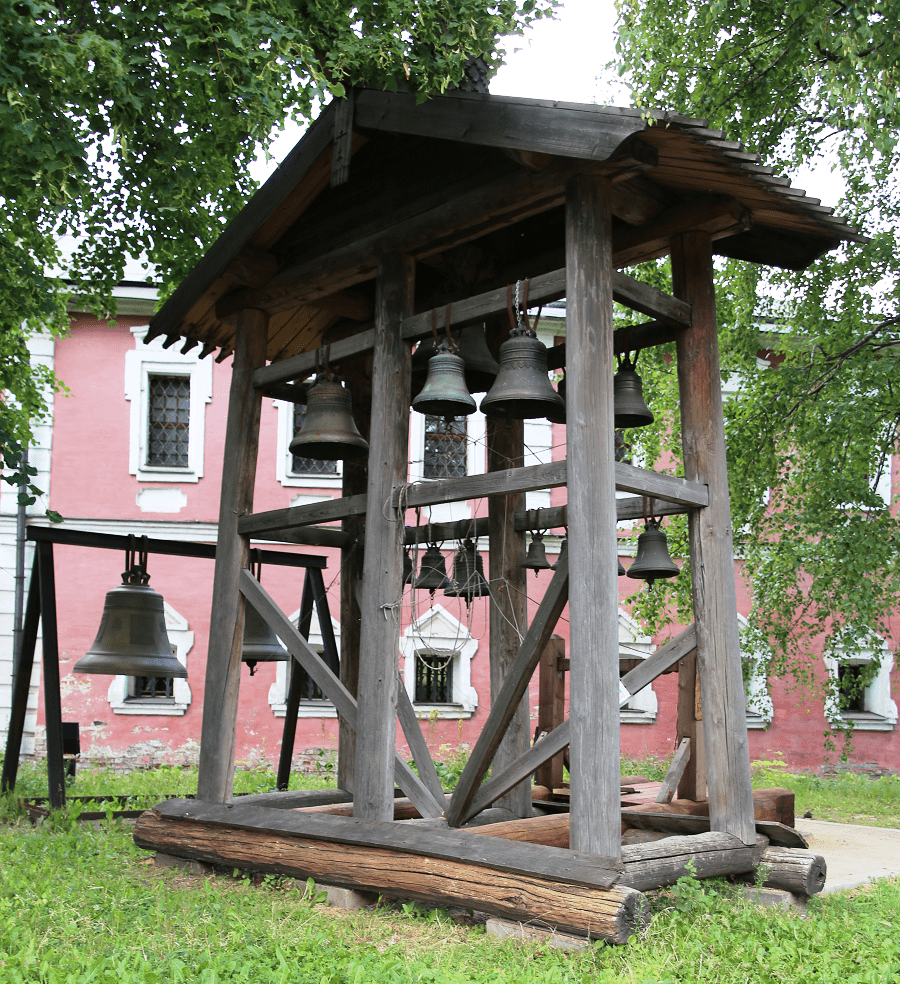 The territory of the Museum is open to visitors daily from 9:00 to 21:00. Free admission.

Ticket price for foreigners is 400 roubles. 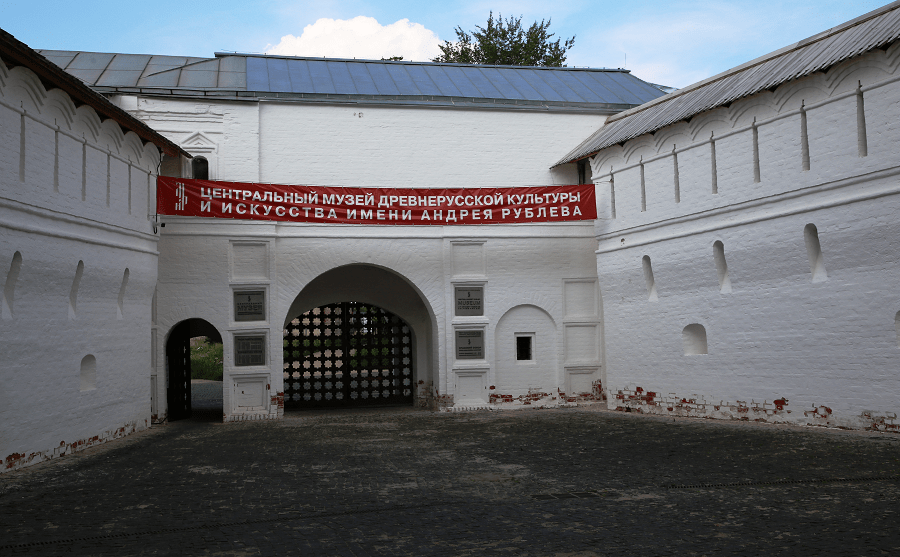