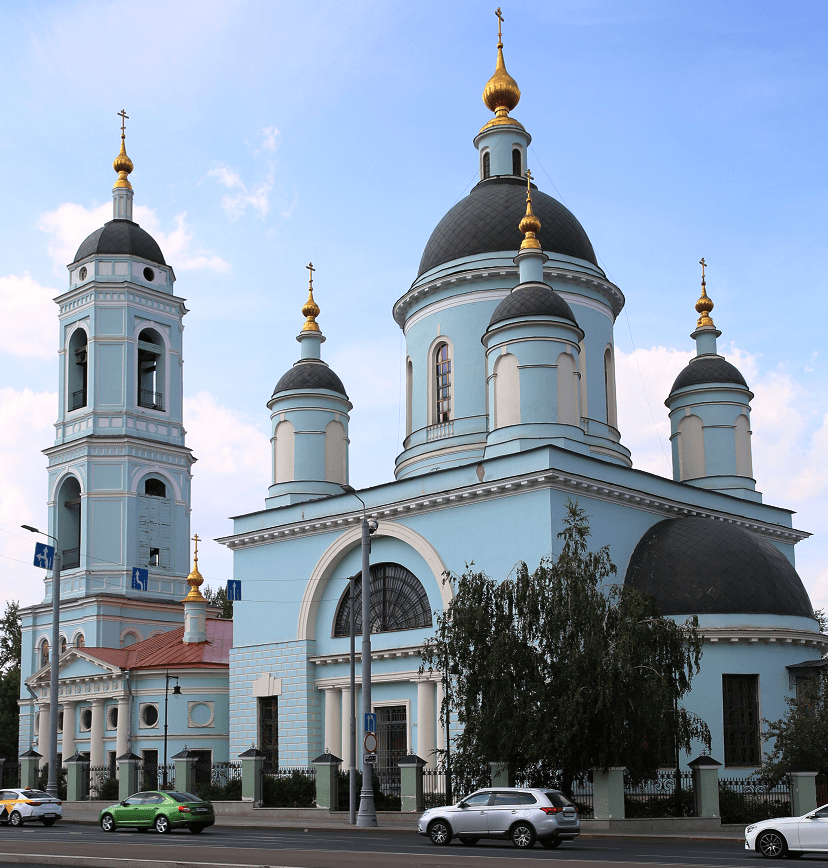 The Church of St. Sergius of Radonezh (the Life-Giving Trinity) in Rogozhskaya Sloboda, in Gonnaya, is an Orthodox church of the Intercession Deanery of the Moscow City Diocese.

Like many other Moscow churches, various parts of the Sergius of Radonezh church were built at different times. The most ancient part of the temple is the refectory with chapels of St. Sergius of Radonezh and St. Nicholas. It was built in 1796 and was part of the previous stone church, which was badly damaged during the Moscow fire of 1812 and needed to be rebuilt. 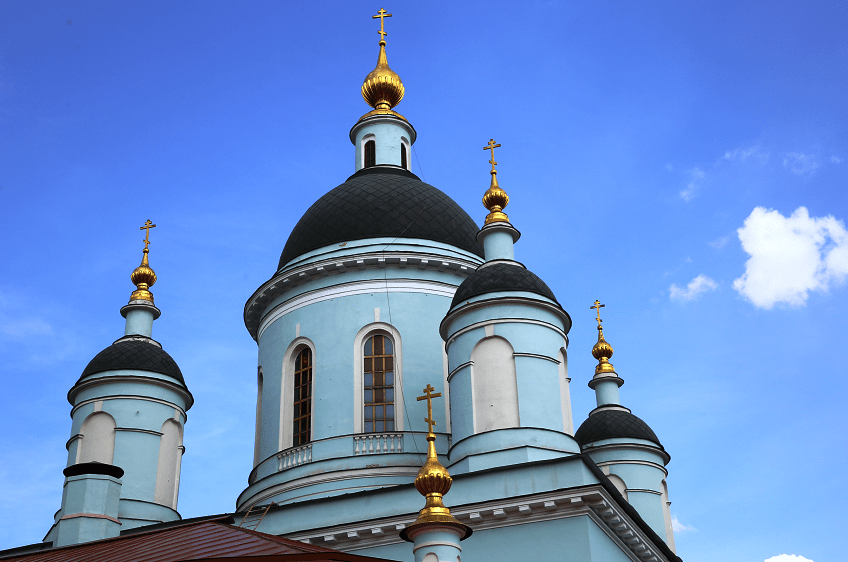 The current church building was built in 1818 at the expense of parishioners. According to the memoirs, a significant part was invested in this construction by the state councilor Gavriil Petrovich Smolyansky, who was the headman in this church. The main volume of the temple received its final form after the reconstruction of 1834-1838, carried out by the architect F. M. Shestakov. The modern three-tiered bell tower was built in 1864. The interior of the temple was painted in 1876 by the painter A. S. Rogozhkin, and the latest paintings date back to the beginning of the 20th century. In 1900, the interiors of the temple were finished by the architect I. T. Baryutin.

In terms of the richness of the interior decoration and the selection of ancient icons, mainly from the first half of the 17th century, the church of St. Sergius could compete with the cathedrals of the Moscow Kremlin. There are two explanations for this interesting fact. Firstly, there were many merchants in the parish of the temple who made rich donations for its maintenance. Also, the temple was supported by the Moscow authorities. They were interested in bringing the Old Believers closer to the Orthodox Church, and therefore made sure that the churches located next to the large Old Believer communities were richly decorated. 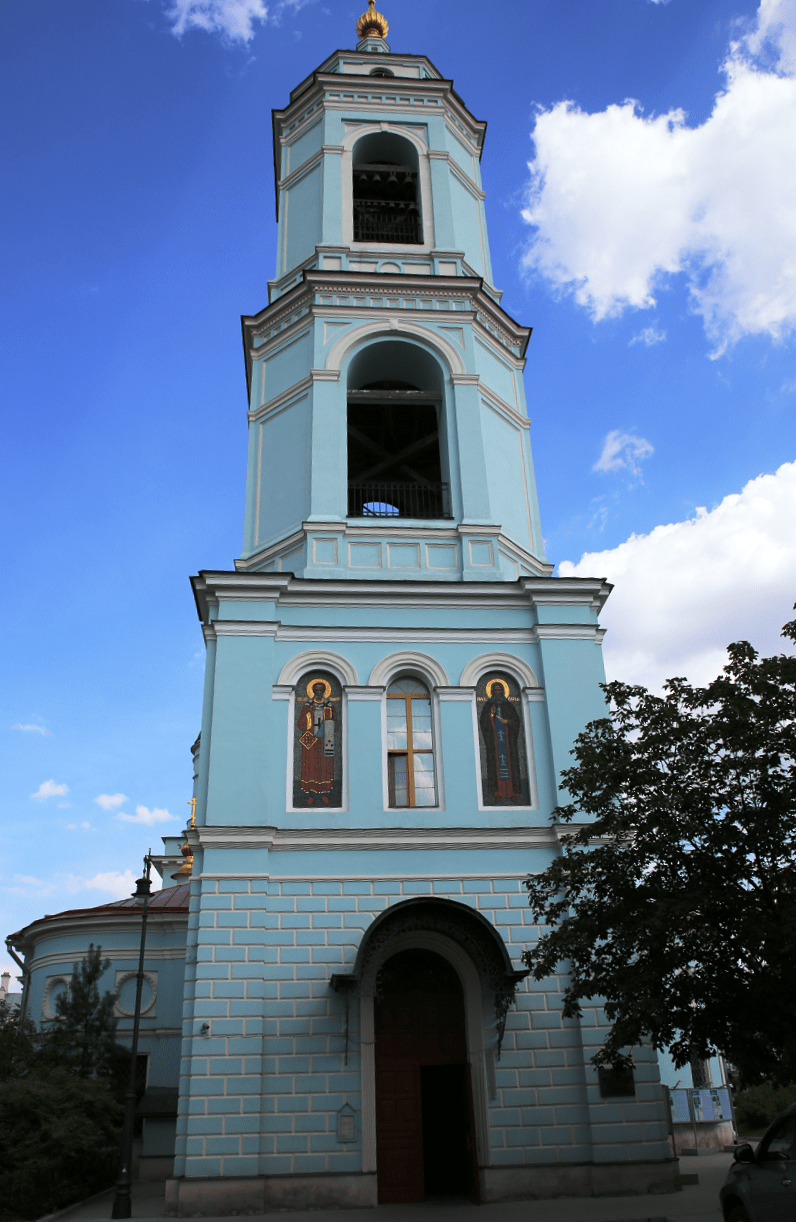 For the same purpose, in 1899, an audience building was consecrated at the temple for interviews with the Old Believers and religious and moral readings. The room accommodated up to 1,000 people. Sacred music concerts were also held here. A wonderful choir of the blind, one of the best in Moscow, sang at the temple.

In 1985, the temple was transferred to the Andrei Rublev Museum of Ancient Russian Culture and Art located in the Andronikov Monastery of the Savior. In the building of the temple, it was decided to arrange an exposition of ancient Russian church art. At the same time, restoration work began on the church. 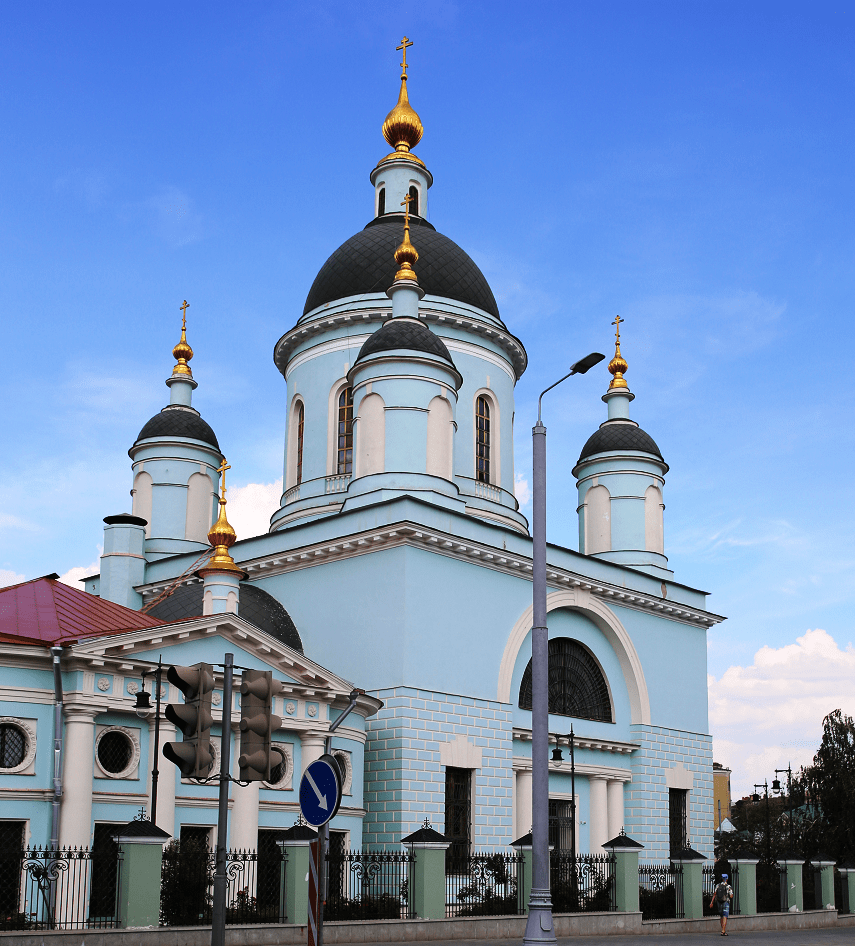 In 1991, the church of St. Sergius was returned to the Russian Orthodox Church. The temple was re-consecrated on December 4, 1991.