Standard&Poor's rating agency published the report on a sovereign rating of Andorra on Wednesday, having kept it at the level of BBB-/A-3 • All PYRENEES · France, Spain, Andorra 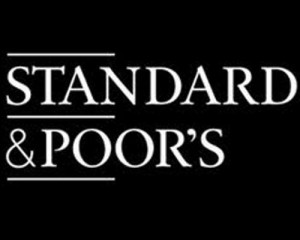 Standard&Poor’s rating agency published the report on a sovereign rating of Andorra on Wednesday, having kept it at the level of BBB-/A-3, but having raised at the same time the negative forecast which was appropriated on March 12 in connection with crisis with Banca Privada D’Andorra. On March 11, 2015 National institute of finance of Andorra (INAF) appointed two external managing directors in Banca Privada d’Andorra (BPA) for carrying out investigation in response to official charge from the Ministry of Finance of the USA of money laundering of the Russian mafia. Look for details here

S&P considers that actions of the government in the course of the solution of problems, connected with Banca Privada D’Andorra, were sufficient and timely to avoid general destabilization of financial sector of the country. Besides, by the present moment there are no proofs that actions of the Ministry of Finance of the USA will be extended to other financial subjects of the Principality.

As for the plan of settlement of a situation in the bank offered by the government, S&P considers that there are some risks which can affect solvency of the country subsequently.

As positive measures S&P calls restriction on removal of deposits, adoption of law on restructurings of banks, creation of AREB (30 mln euros fund of restructuring of banks and allocation). The new law, S&P says, “provides big clarity in the processes of recapitalization defining repayment of debts”. Besides, rating can be reconsidered once again after PriceWaterhouse Coopers research is ready by the middle of August.

The agency emphasizes signs of a recovery of the economy of Andorra during 2014, the employment growth, creation of the new enterprises and some indicators which testify that “crisis with bank had no essential impact on forecasts of growth of economy of Andorra out of limits of our initial expectations”.