President of the Generalitat of Catalonia, Quim Torra, spoke at the 29th meeting of the Pyrenees businessmen criticizing the Spanish government • ALL ANDORRA 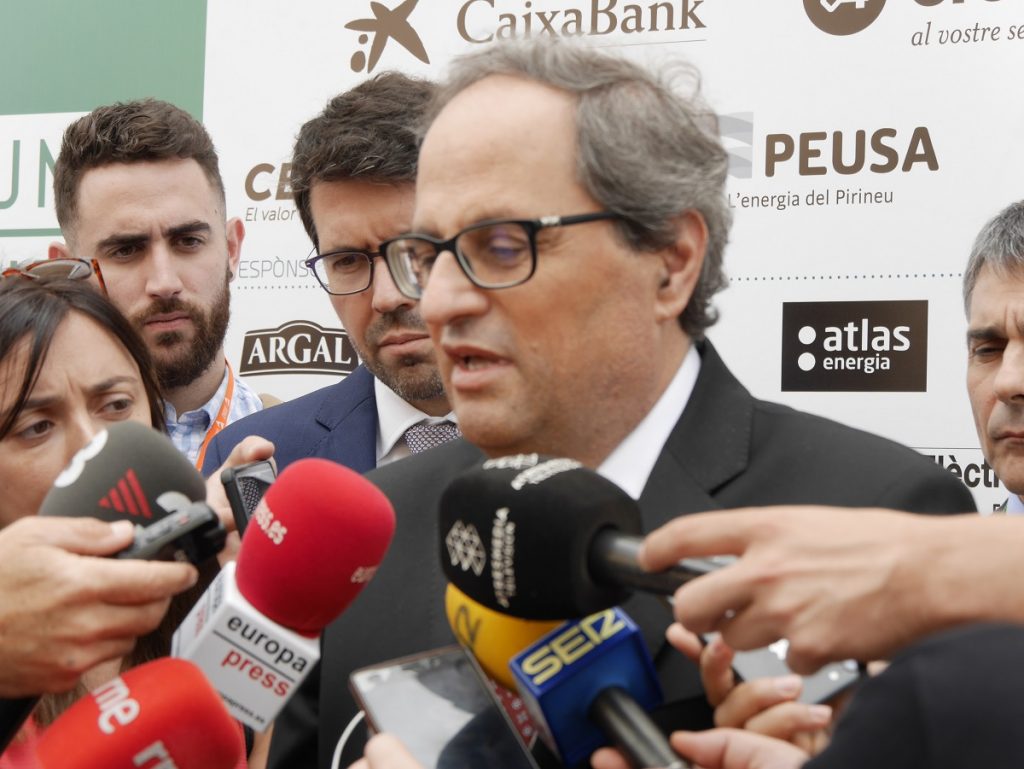 President of the Generalitat of Catalonia, Quim Torra, spoke at the 29th meeting of the Pyrenees businessmen, which ended today in la Seu d’Urgell (Spain). The event brought together Catalan businessmen, who discussed “sustainable growth of the region’s economy.”

Quim Torra expressed the conviction that “politicians in exile will not be extradited, and justice will be administered in international courts.”

“Freedom is independence, it is this factor that is the political direction of Catalonia,” Quim Torra said, answering journalists’ questions. He also added that one of the examples of independent states for him is Andorra, neighboring with Catalonia.

The mayor of la Seu d’Urgell, Albert Batalla, also took part in the conference. He said that the region of Alt Urgell today is “the territory of new opportunities.” He mentioned as an example an international company Ogilvy, specializing in communication and advertising, which in the coming months will open an office in la Seu d’Urgell. He also noted that recently, after graduating from universities, students are returning to live in the region.

The main organizer of the conference, Vicenç Voltes, expressed the conviction that “talent and new technologies should be a priority for the country, because it is they that generate the progress.”

In general, about 20 speakers took part in the event. Among them there was the director of the Institute for Research in Artificial Intelligence area, Ramon López de Mántaras, co-owner of BTC GUARDIAN, promoter of the Blockchain Catalunya Association (business line – crypto-currencies), Carlos Steinblock and CEO of TESLA in Spain, Jorje Milburn.

During the conference’s closing the head of the government of Andorra, Antoni Marti (Antoni Marti), made a speech. In his report, he noted that the association agreement with the European Union remains a key issue for Andorra. “Europe is not only the EU, but also the European Economic Area, which implies cooperation with third countries – all these elements are evidence of economic, legal and political integration,” he summed up.