Ourense - one of the European cities with the greatest thermal heritage • All PYRENEES · France, Spain, Andorra 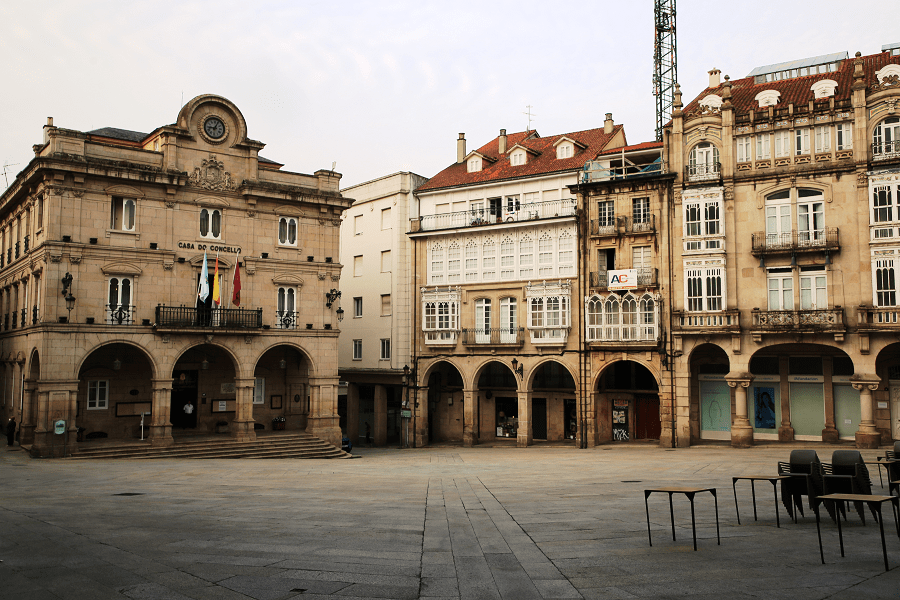 Ourense (Sp. Orense) is a city and municipality located in the southeast of Galicia, Spain. It is the capital of the province of Ourense and of the homonymous region. It is the third Galician municipality by population after Vigo and A Coruña, and the most populated in the interior of Galicia. 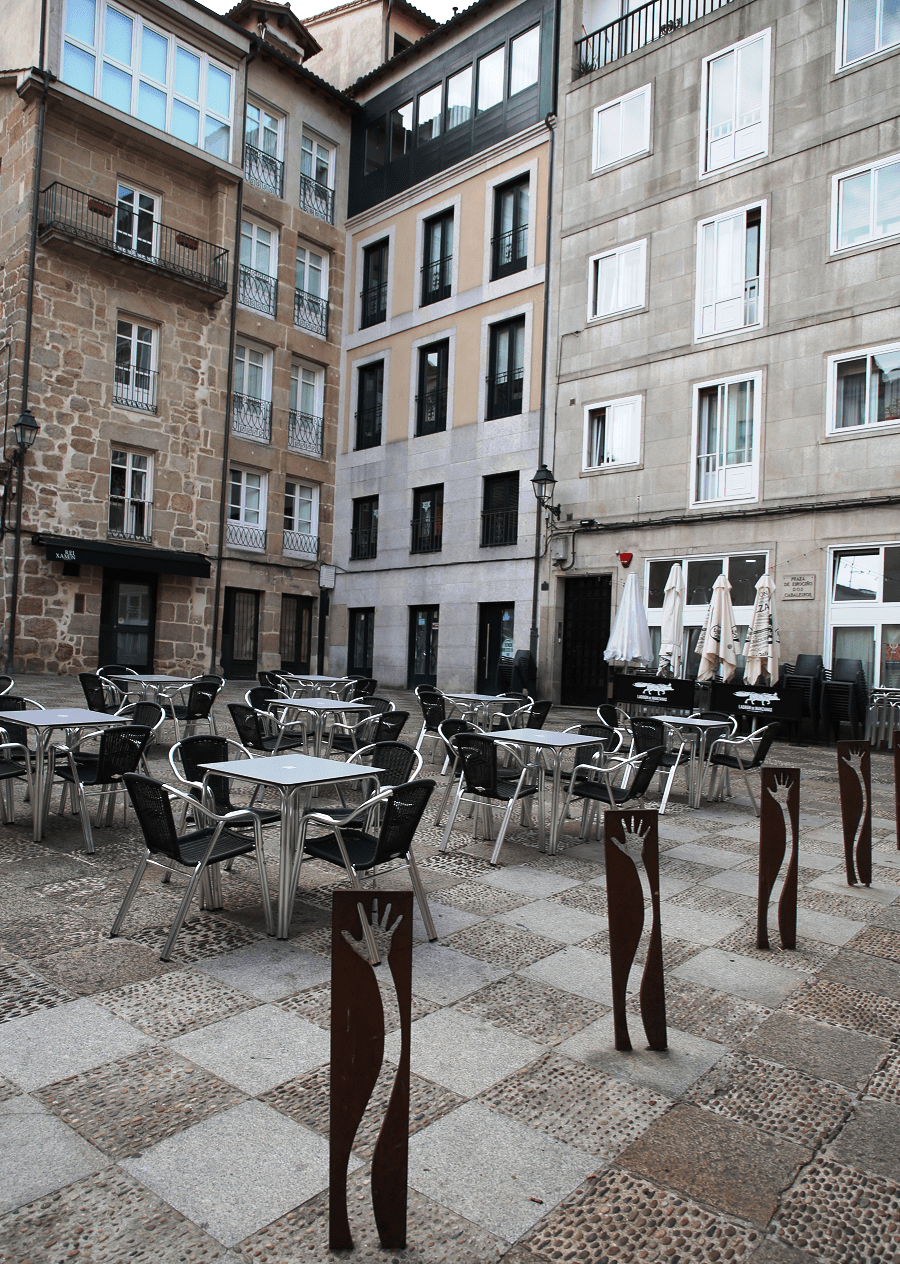 It is also known as the “City of Las Burgas” due to its famous hot springs, in which the water comes out at temperatures between 60 and 68 ° C, being one of the European cities with the greatest thermal heritage. There are also hot springs in the Chavasqueira spa, O Tinteiro, Muíño da Veiga and Outariz. 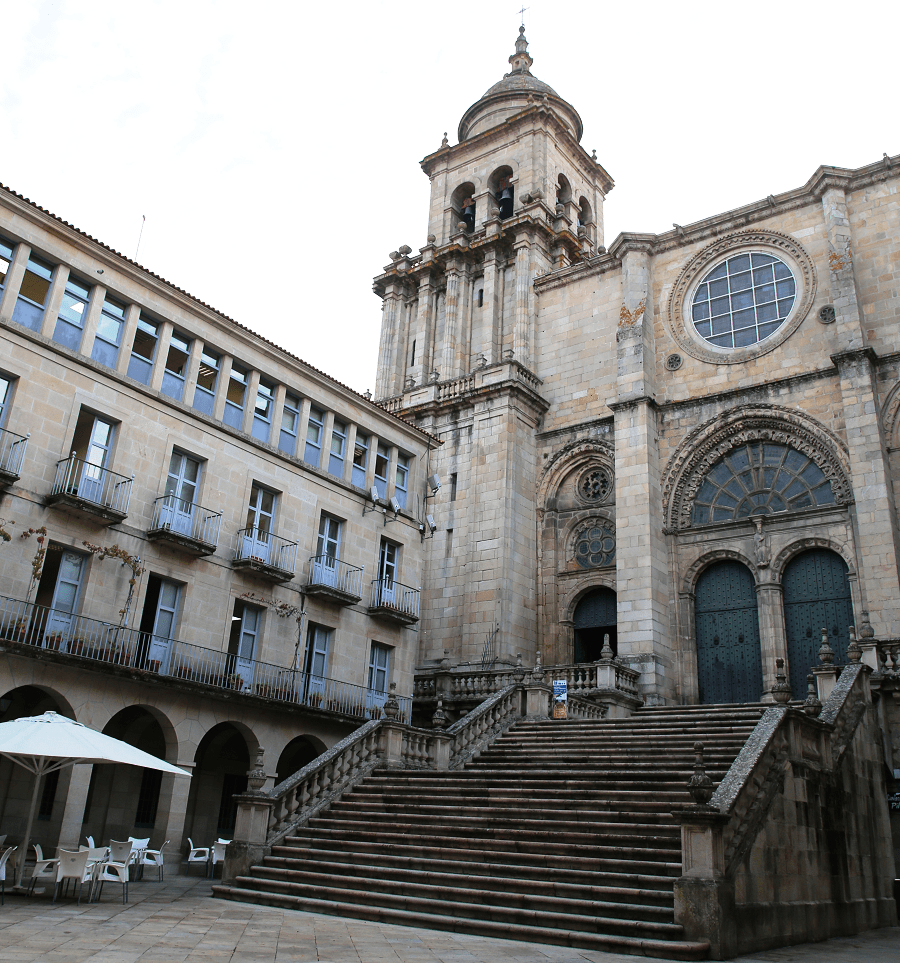 Ourense Cathedral (Catedral de Ourense or Catedral do San Martiño) is a Roman Catholic church. Dedicated to St Martin, it was founded in 550. The first structure was restored by Alonso el Casto. The present mainly Gothic building was raised with the support of Bishop Lorenzo in 1220. 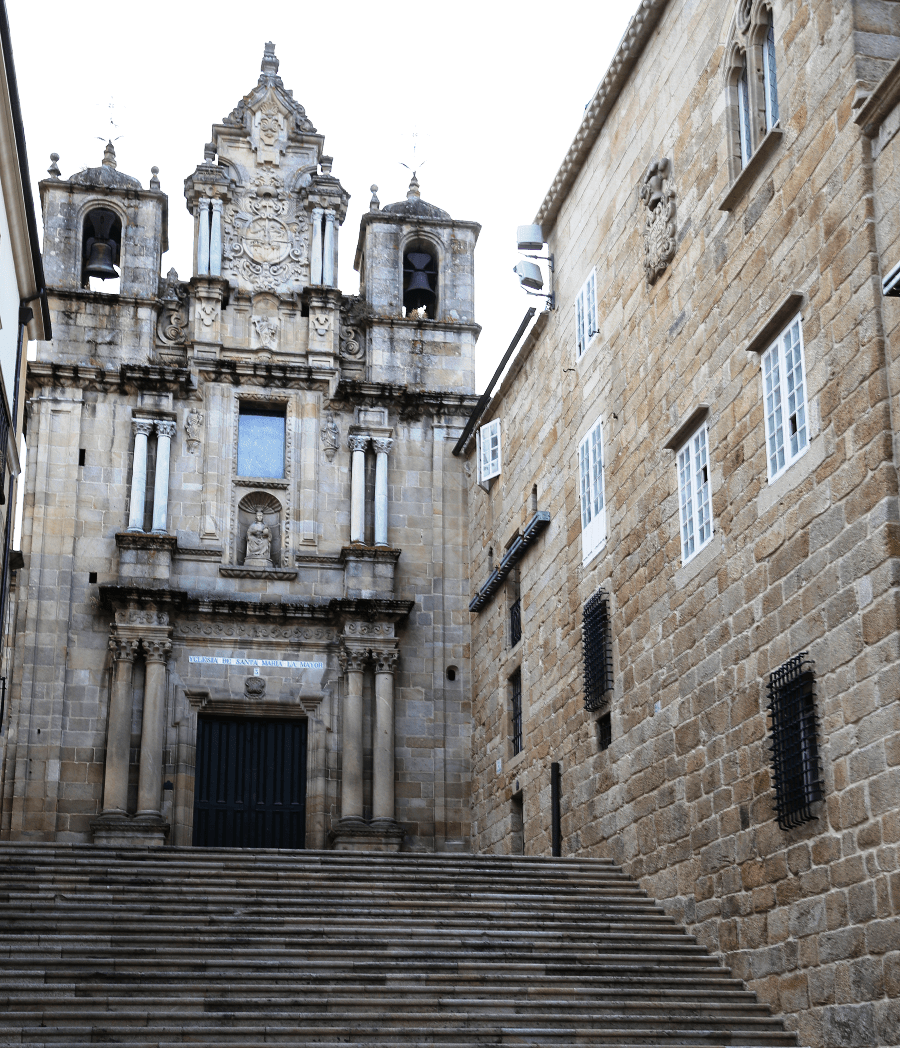 Its local patroness is Saint Euphemia. There is a silver-plated shrine, and others of St Facundus and St Primitivus. The Christ’s Chapel (Capilla del Cristo Crucificado) was added in 1567 by Bishop San Francisco Triccio. It contains an image of Christ, which was brought in 1330 from a small church on Cape Finisterre. 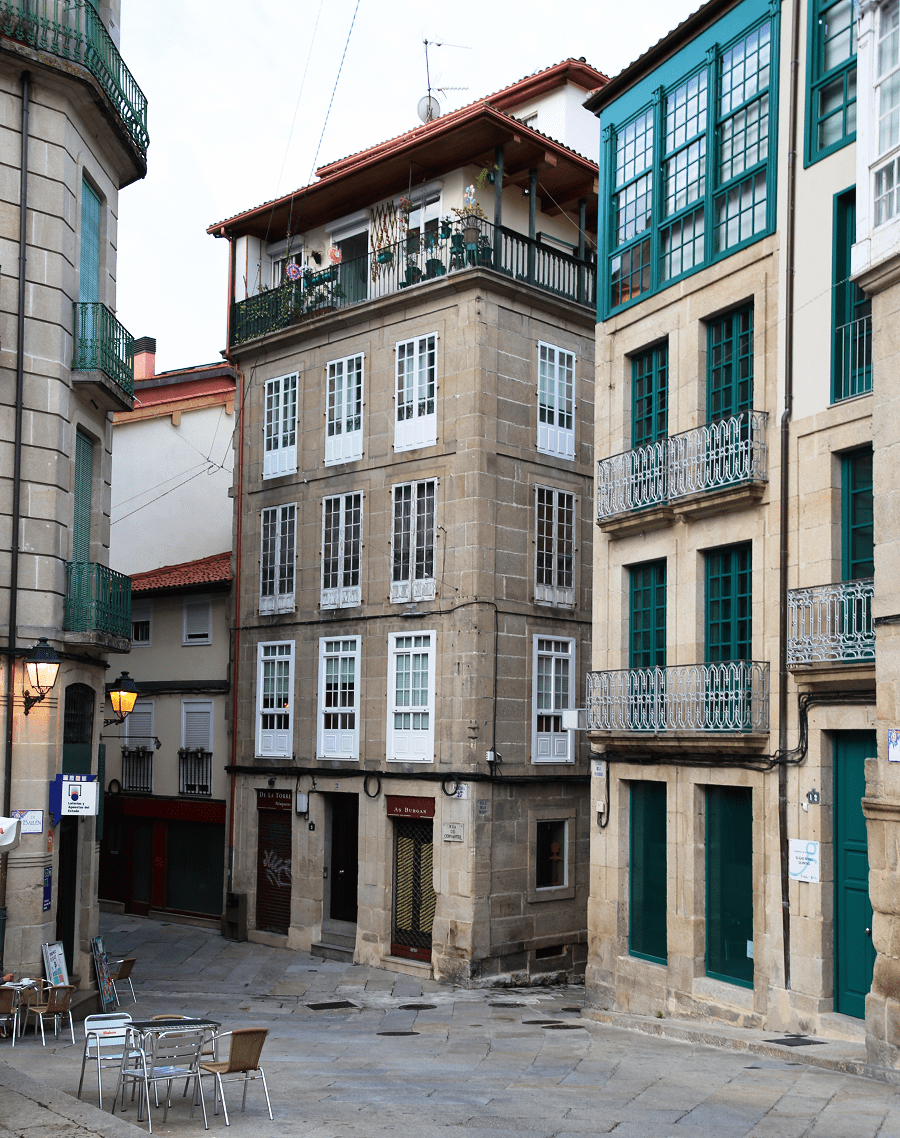 John the Baptist’s Chapel (Capilla de San Juan Bautista) was created in 1468 by the Conde de Benavente. The Portal of Paradise is sculptured and enriched with figures of angels and saints, while the antique cloisters were erected in 1204 by Bishop Ederonio. The Capilla de la Maria Madre was restored in 1722, and connected by the cloisters with the cathedral. 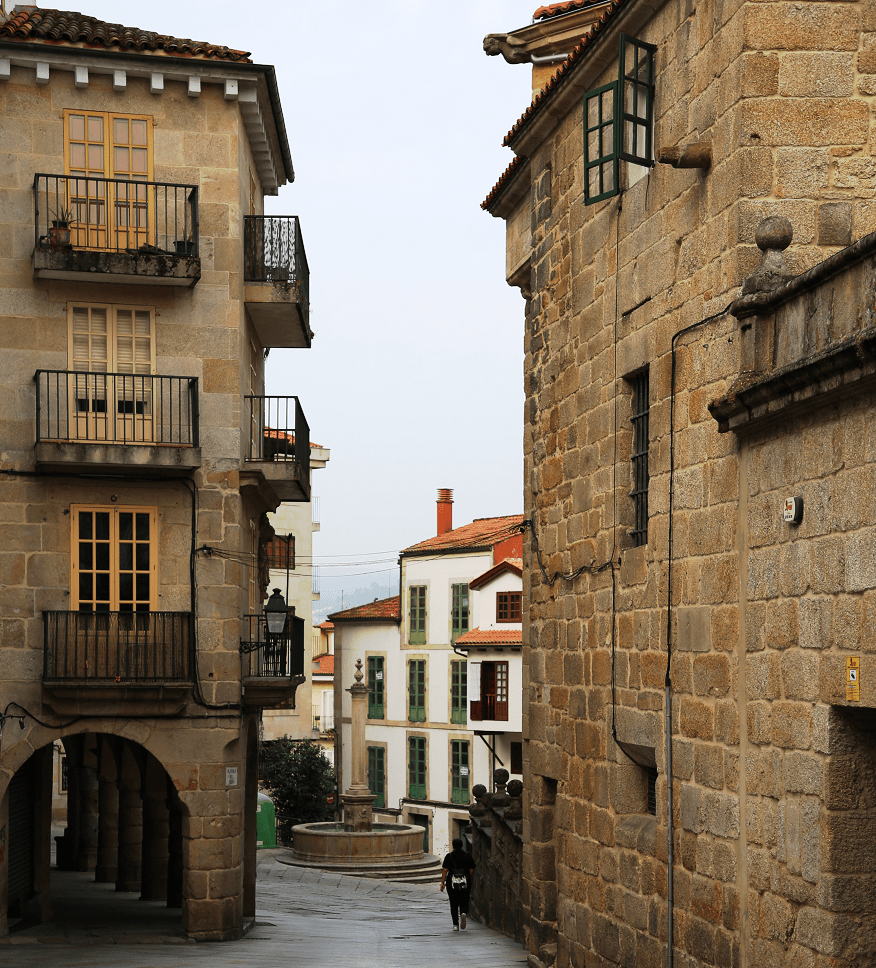 The eight canons were called Cardenales, as at the Cathedral of Santiago de Compostela, and they alone did services before the altar; this custom was recognised as “immemorial” by Pope Innocent III, in 1209.

The cathedral, which has undergone an impressive transition of architectural styles of Romanesque, Gothic, Renaissance, Baroque and Neoclassical, was built to a Latin Cross plan. It has been a functional basilica since 1887. The cathedral has a crucifix that is held in great reverence all over Galicia. 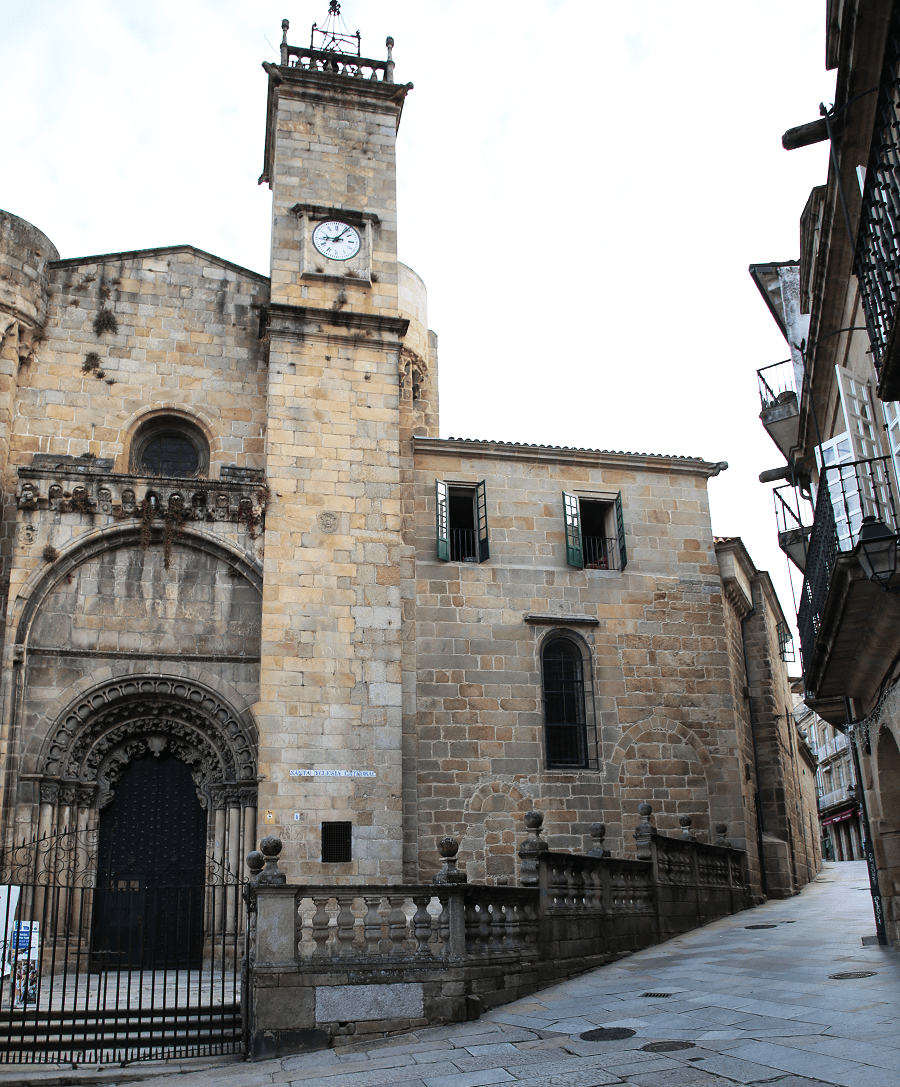 The Chapel of Our Lady of Remedies (in Galician: Capela da Nosa Señora dos Remedios), also known as Capilla de los Remedios, is a 16th-century sanctuary located in the center of the city. Partially destroyed due to a fire in 2010, the chapel, located next to the city’s Roman bridge, was declared a national historical-artistic monument by Decree of the State Headquarters on April 6, 1961 and, later, a Site of Cultural Interest. 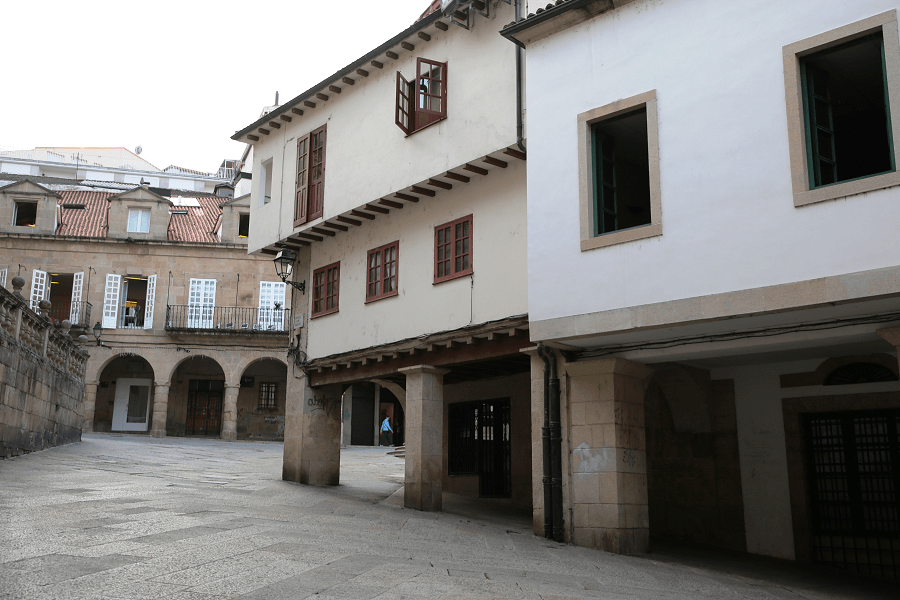 The Church of Santa Eufemia is a temple of Catholic worship dedicated to Santa Eufemia located at the intersection between Rúa Lamas Carvajal street and Praza de Santa Eufemia street, in an area near the Plaza Mayor of that city. In addition, it is a few meters from the Cathedral of Orense. This is, together with that of Santa María Madre, the largest church in the city. 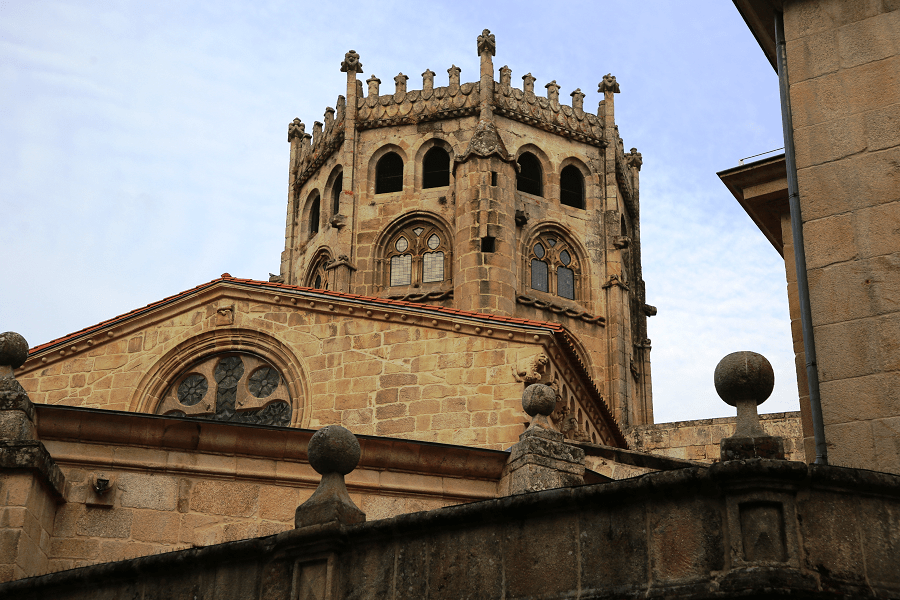 The Sanctuary of Our Lady of Fátima, also known as the Church of Fátima, is a 20th century temple located in the O Couto neighborhood. 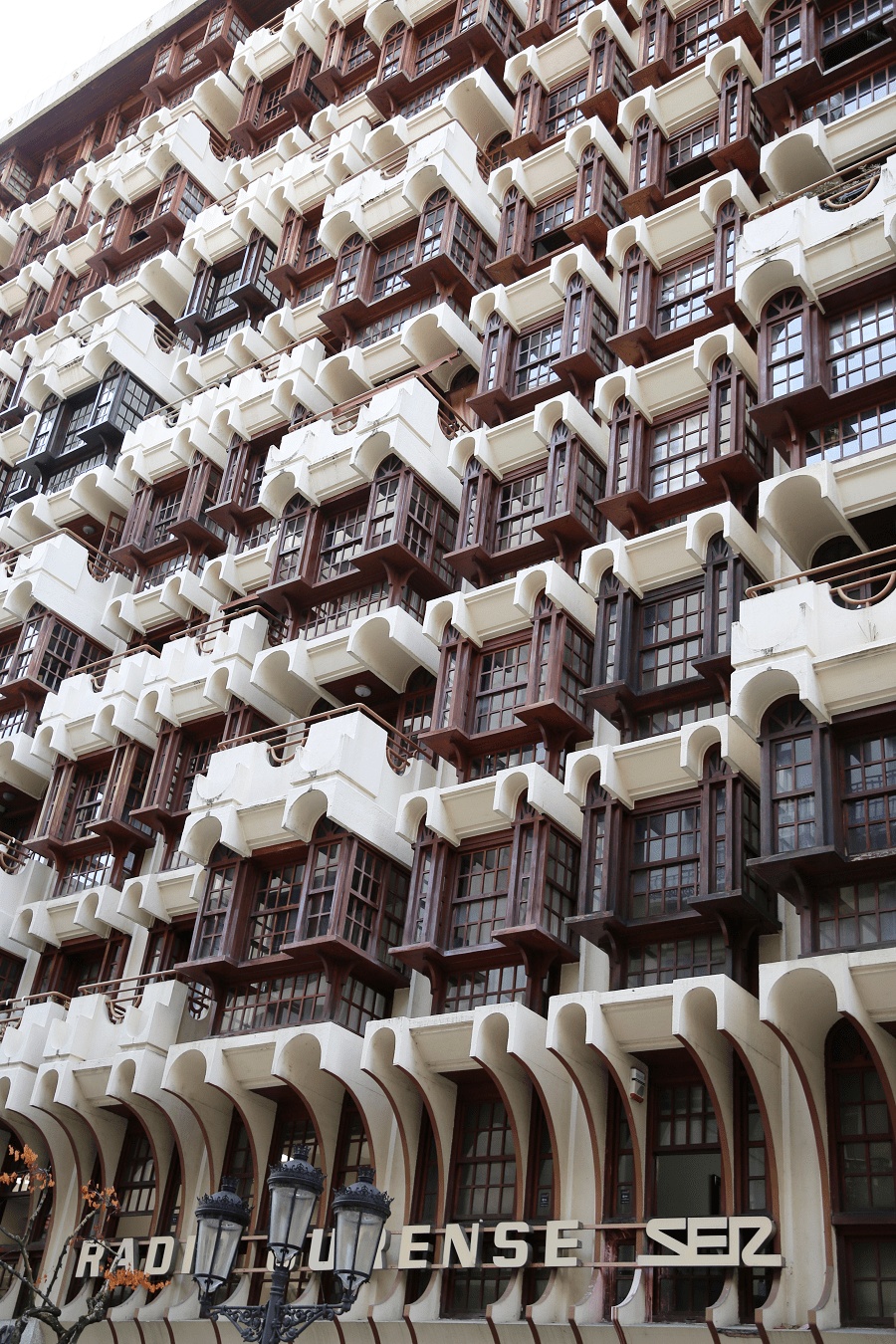 The Church of Santa María Madre is an 18th century Catholic temple located on the site of the city’s original cathedral, the sanctuary is located on the road along the Vía de la Plata. 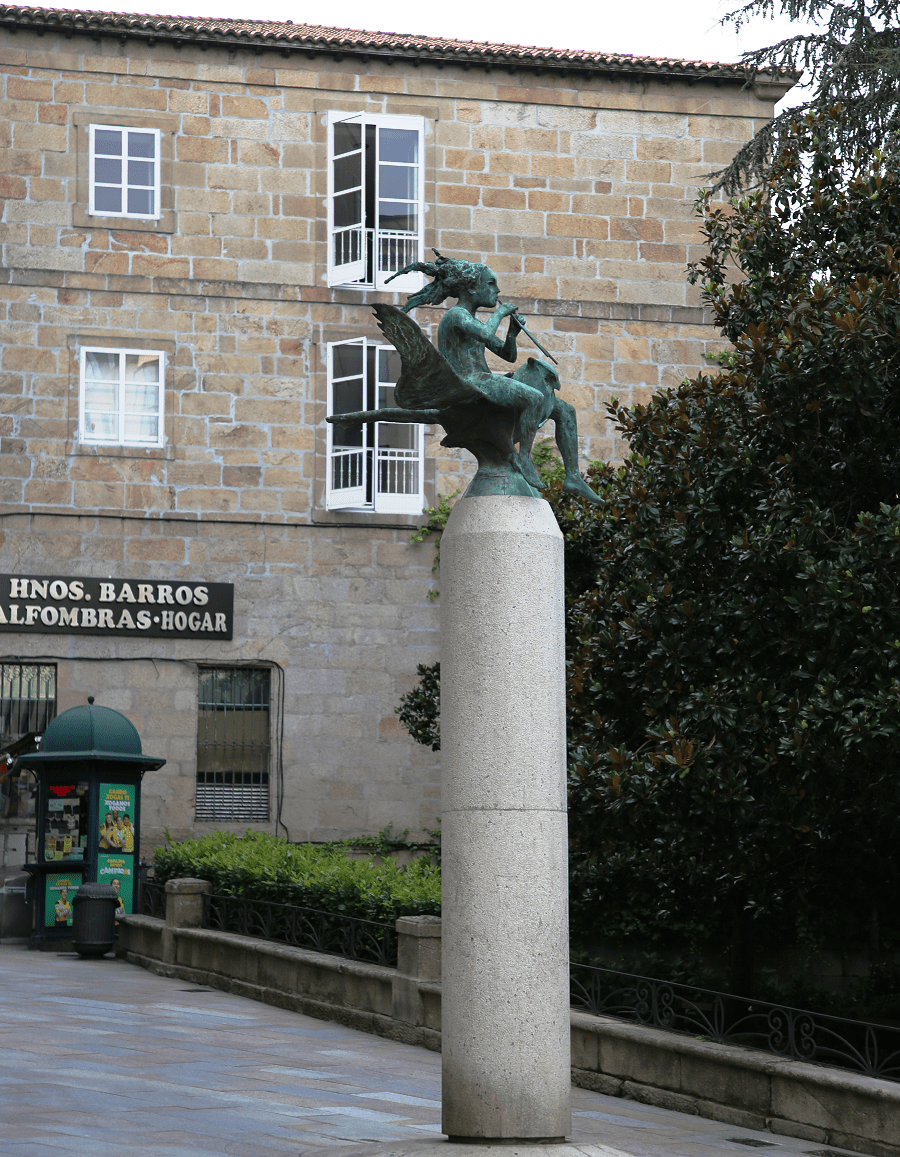 The Ramiro castle, also known as Castillo Ramiro or Castillo de Miraflor, was built at the end of the 12th century by the will of the bishops of Orense. Although currently there are hardly any remains of it, it was located in a strategic point from the entrances and exits from all the gates of the city. In the late Middle Ages it was one of the protagonists of the conflicts that took place between the bishopric of Ourense and the city itself. 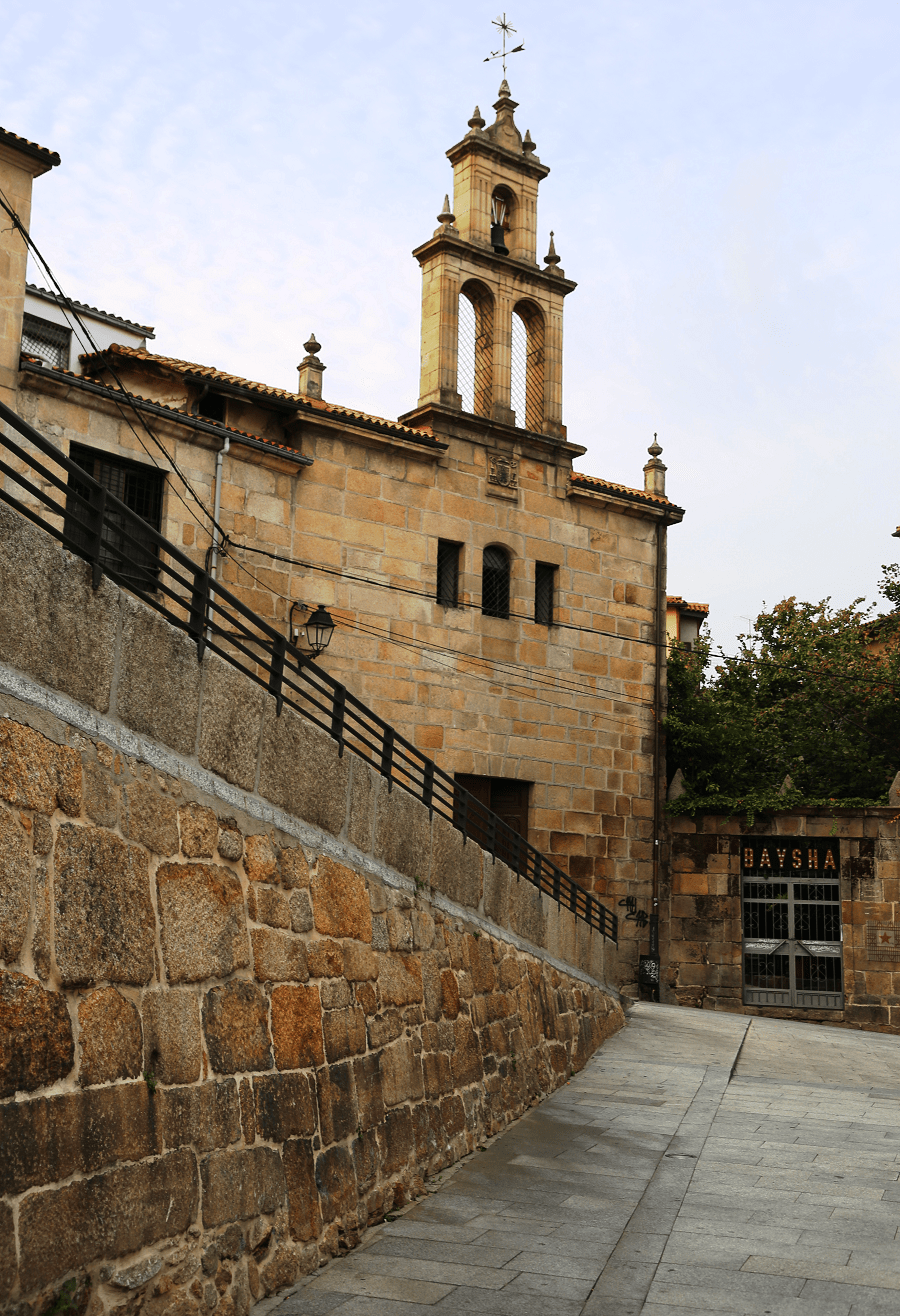 The Medieval bridge (A Ponte Vella or Old Bridge) (B.I.C) – of the first Roman bridge from the time of Augustus, only a few stones remain at the bases. In the twelfth century it was rebuilt giving the current profile with a pointed arch. 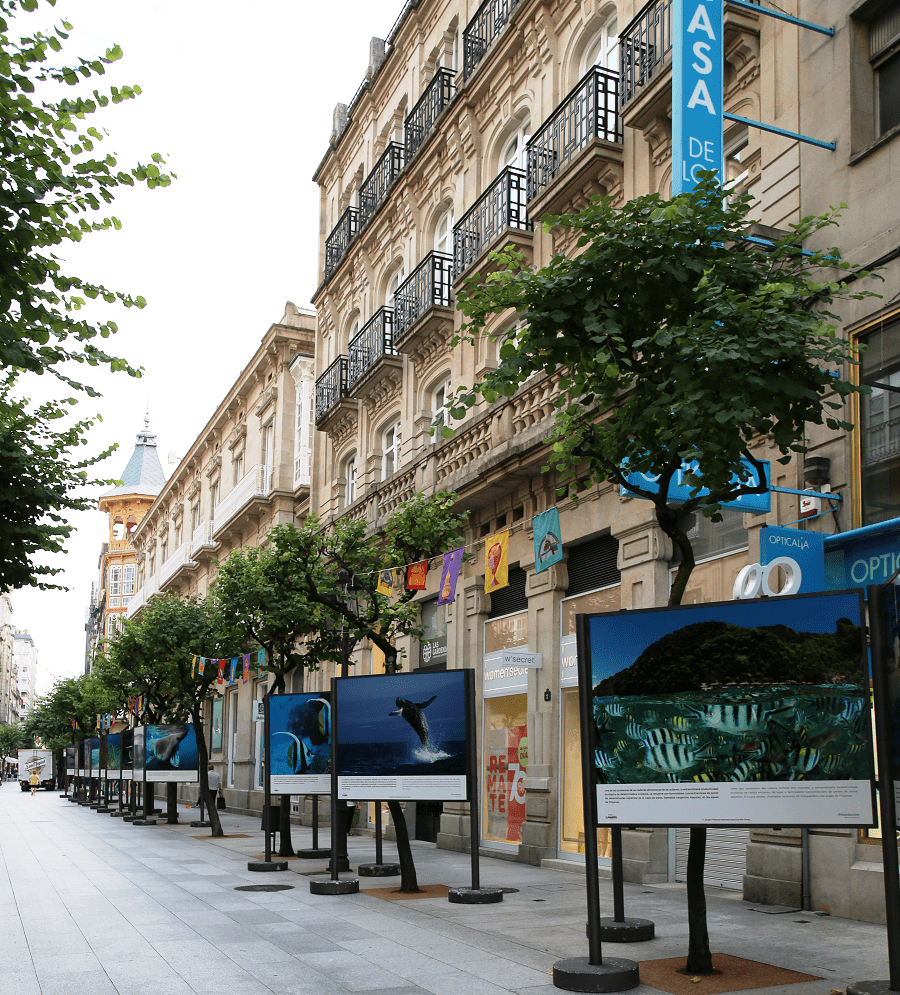 Millennium Bridge (Ponte do Milenio) was inaugurated in 2001, designed by the architect Álvaro Varela and the engineer Juan M. Calvo with the combination of concrete and steel. Its original curve is enhanced by the pedestrian walkway that rises 22 meters, giving the extraordinary viewpoints over the Miño. All of this makes it a symbol of the city’s progress. The slope of its ailerons is 67%. 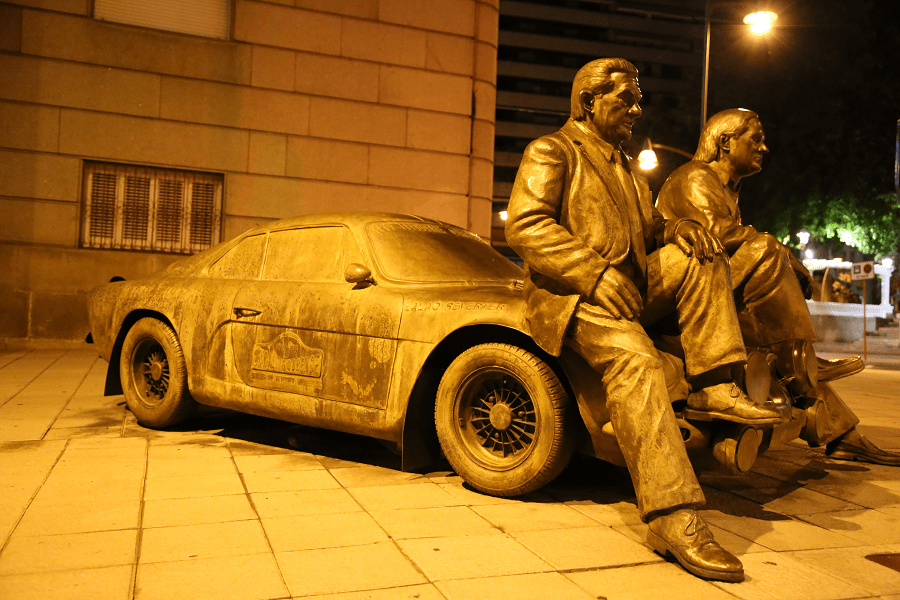 Las Burgas (in Galician As Burgas) are silicated, fluoridated, lithic and hyperthermal waters spring with the temperature of between 64 and 68ºC with a flow rate of 300 liters per minute. These waters are applicable to different types of skin diseases, especially pruritic ones. 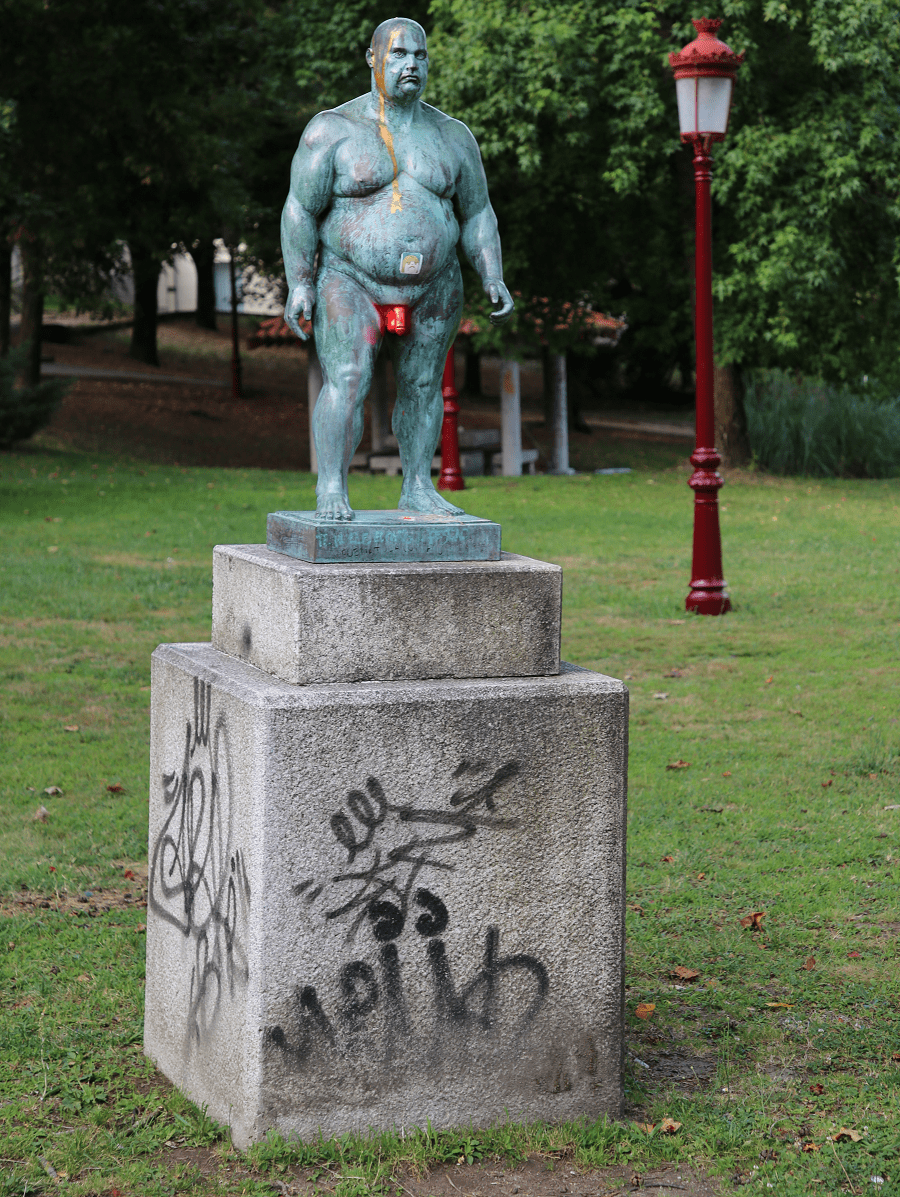 La Ruta de la Plata (the silver route in English) and the Portuguese Way, different routes on the Camino de Santiago, both pass directly through Ourense. La Ruta de la Plata, the longest of all the Camino’s routes, begins in Seville and moves north through the west of the country. The pilgrims on both routes are important to Ourense’s tourism industry, especially in holy years of St. James when traffic on the Camino is especially high. 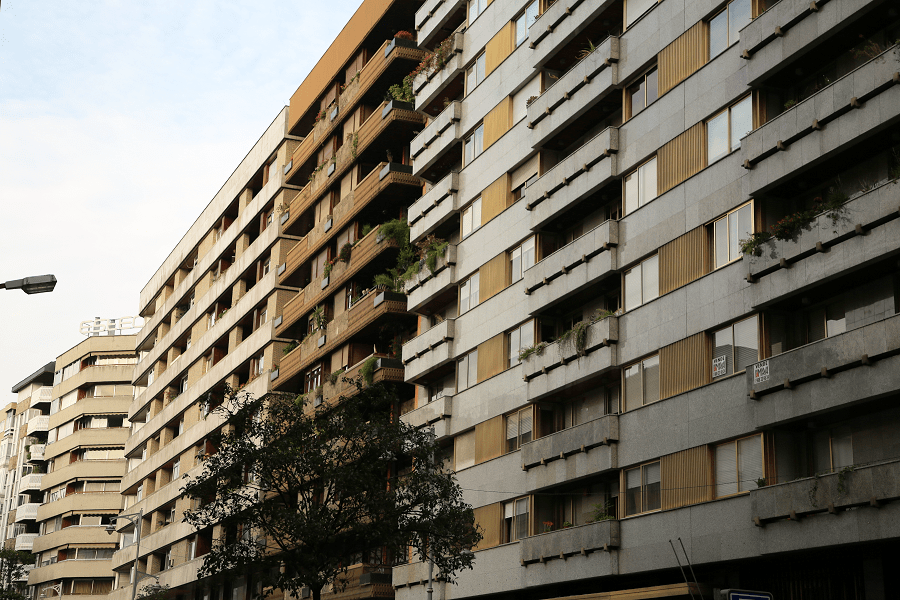 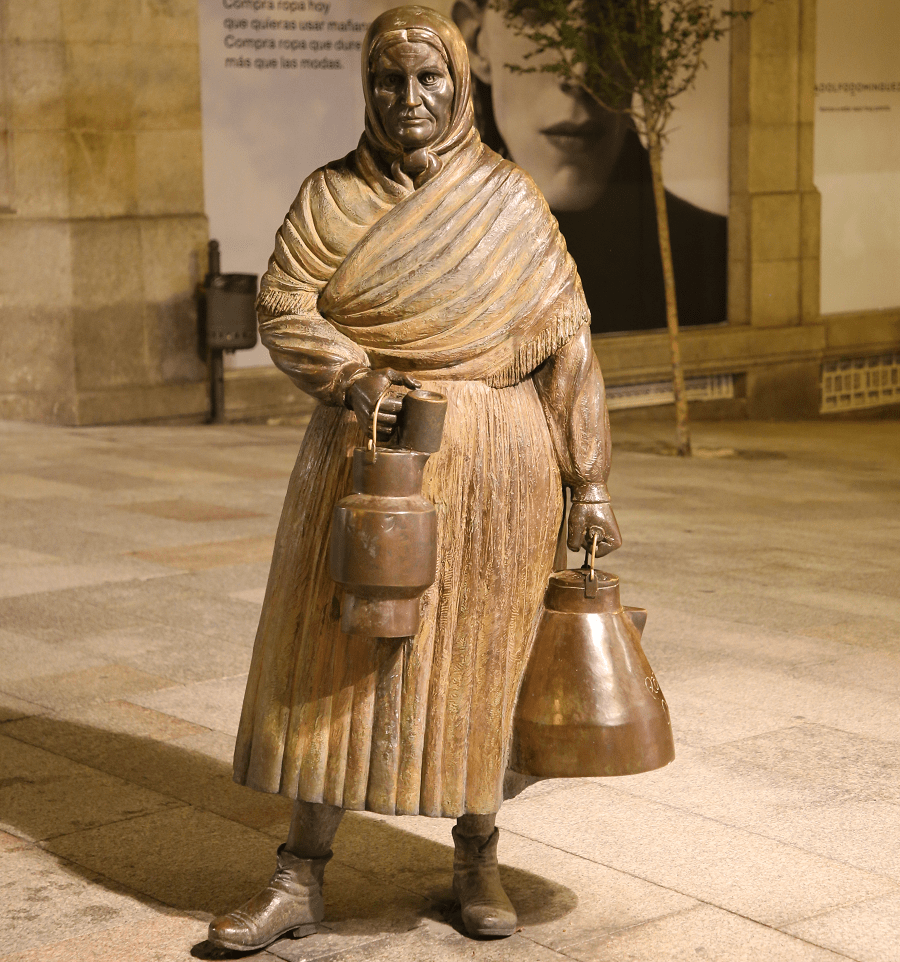 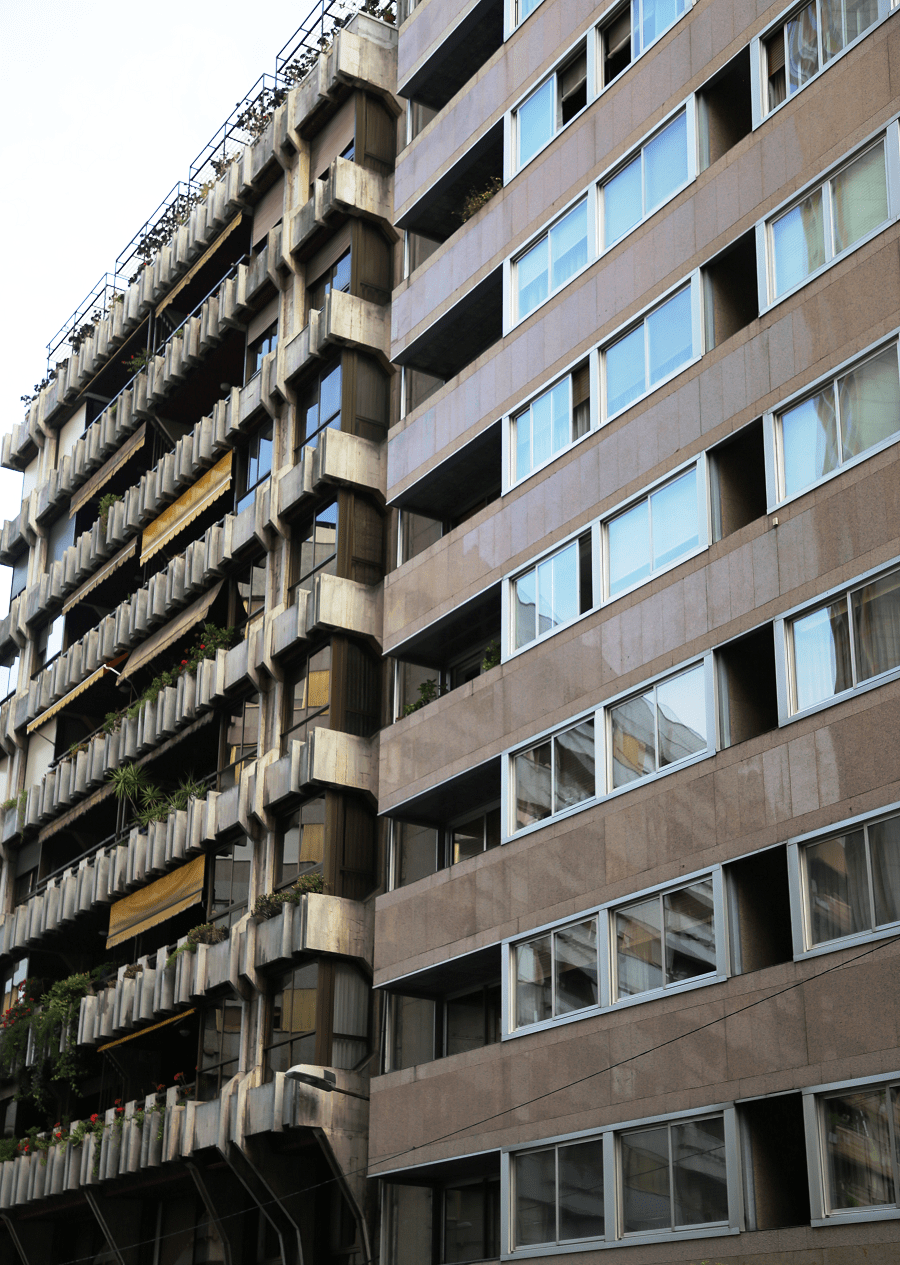 The railway in Ourense is of great importance as it is one of the most important railway connections in Galicia. The city is home to the headquarters of the Galician railway checkpoint. 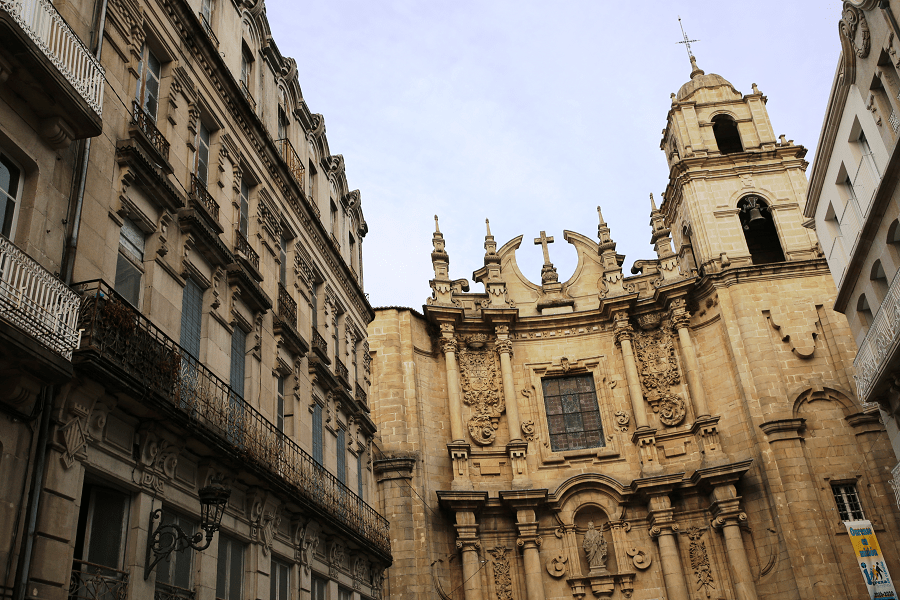 A Coruña – Zamora line, which connects with Madrid and is also used by Renfe Media Distancia services to A Coruña, Santiago de Compostela and Puebla de Sanabria. 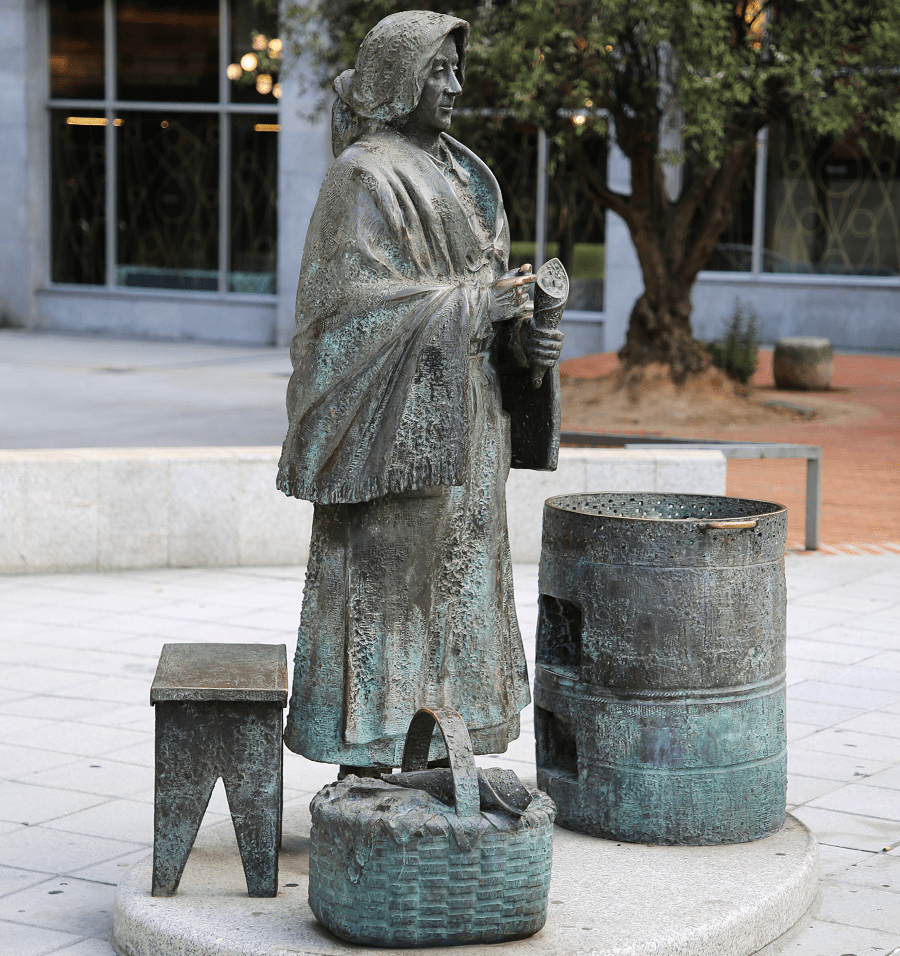 Vigo – Monforte line, a very important line in the transportation of goods for the port of Vigo and which is also used for Renfe medium-distance passenger services to Vigo, Lugo and Ponferrada, as well as national and international long-distance destinations like Barcelona, ​​Bilbao or France. 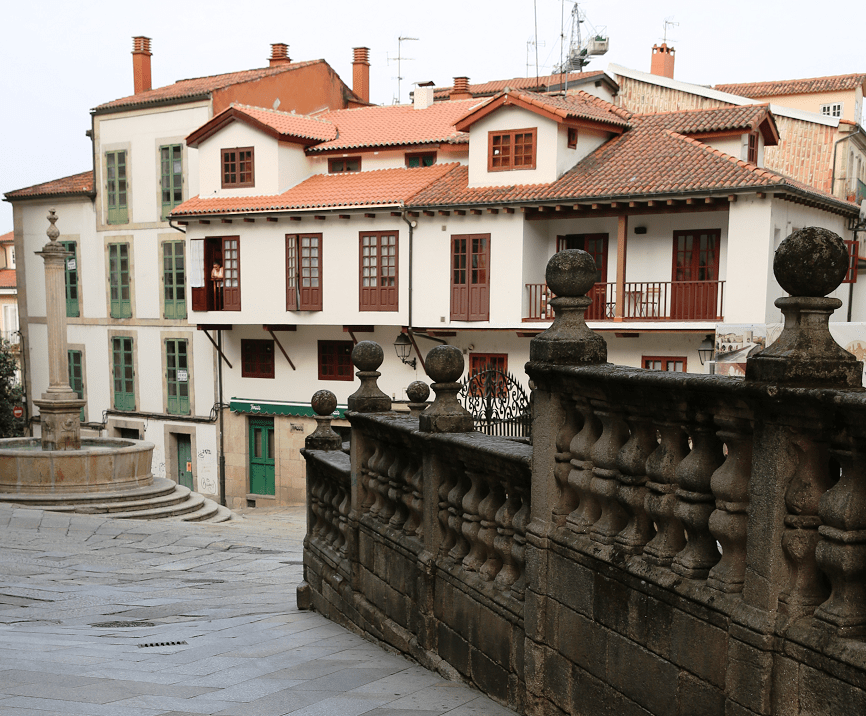 At present, important investments are being made for the arrival of high speed in Galicia with the new Olmedo-Zamora-Galicia High Speed ​​Line and because Ourense will act as a distributor of traffic between the south and the north of Galicia. Since December 2011, Ourense has had the first high-speed line in operation in the Galician community with the launch of the A Coruña – Santiago de Compostela – Ourense section. 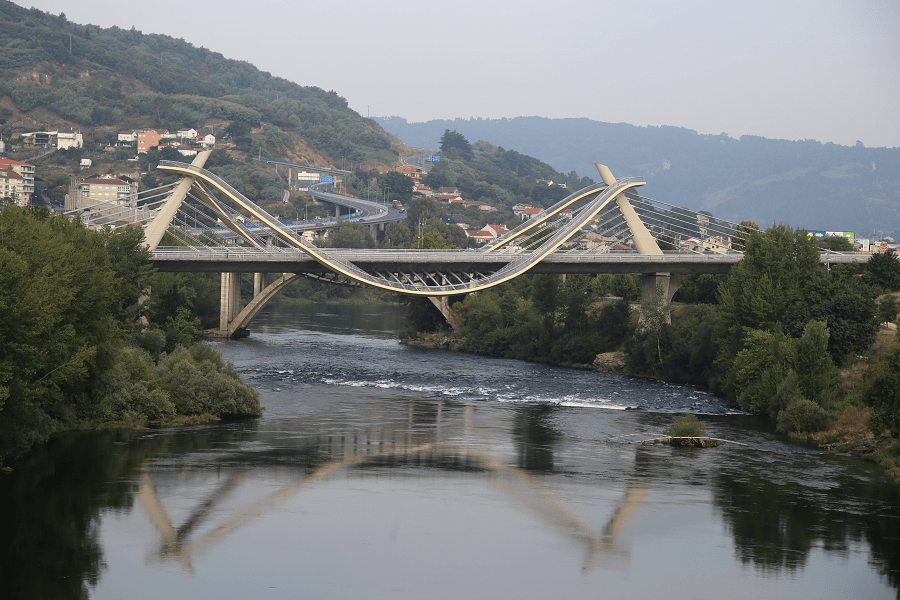 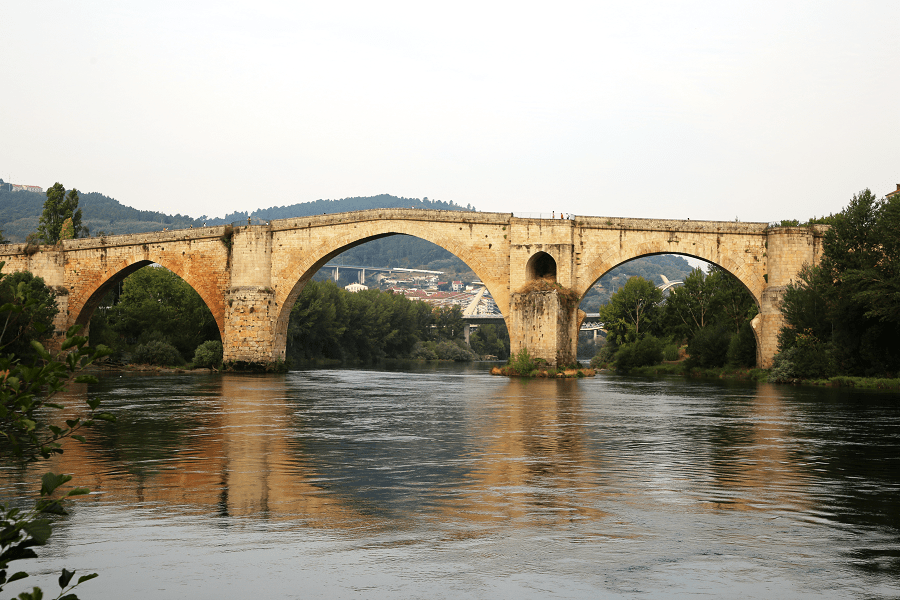 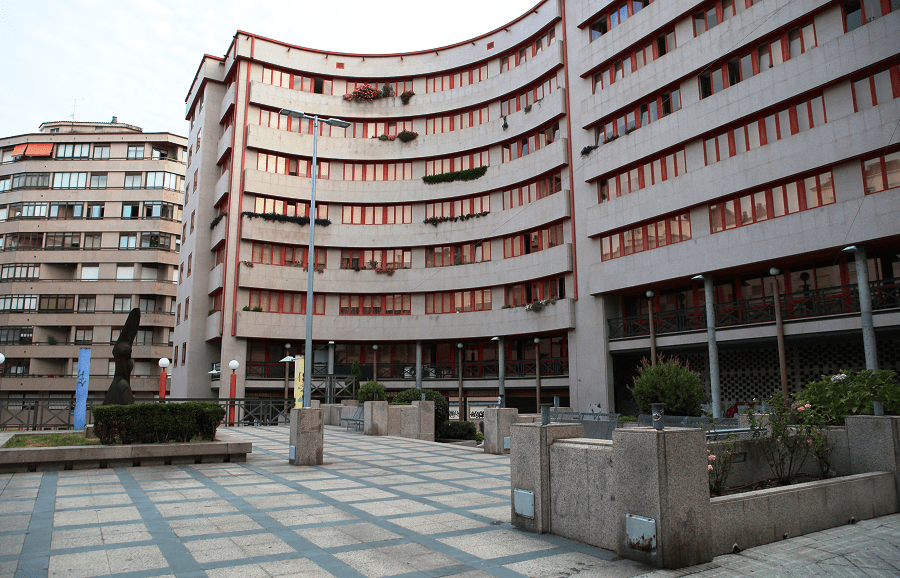