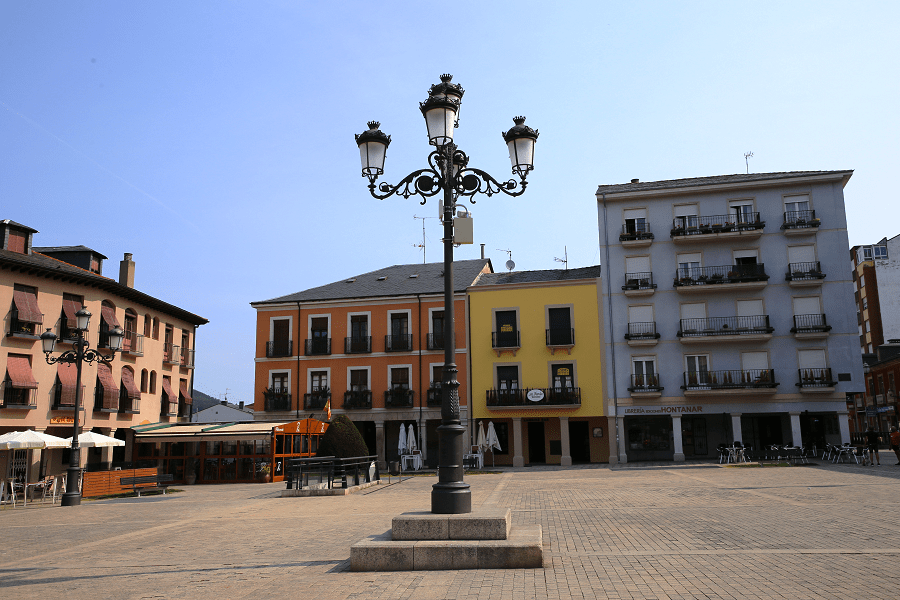 Ponferrada is a municipality and a city in the province of León, in the autonomous community of Castile and León, Spain. It is located in the El Bierzo region, of which it is a capital.

Ponferrada lies in the Way of St. James, a UNESCO World Heritage Site, and every year many pilgrims pass through the city in their way to Santiago de Compostela. 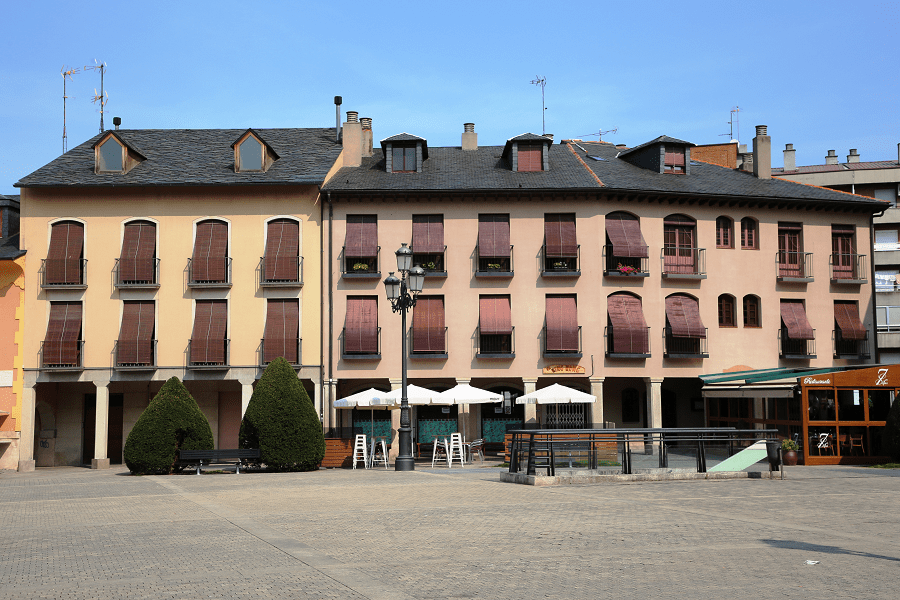 Las Médulas, ancient Roman gold mines also included in the UNESCO World Heritage Site List, are only a few kilometres away from the city. 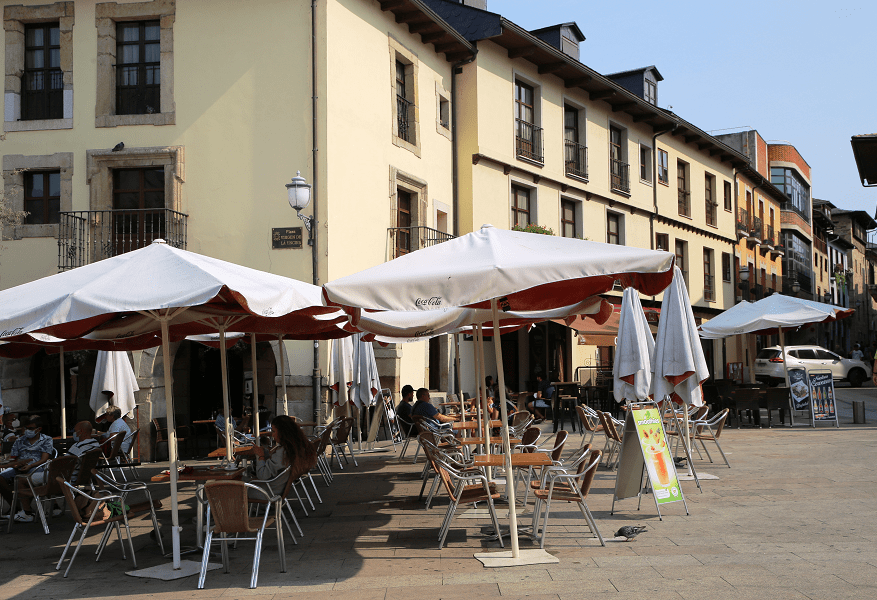 Ponferrada Castle stands on a hill at the confluence of the Boeza and Sil rivers. This is a Templar castle located in what was probably originally a Celtic fort, in a position similar to that of others in El Bierzo. Later it is believed that it was a Roman and Visigothic site. 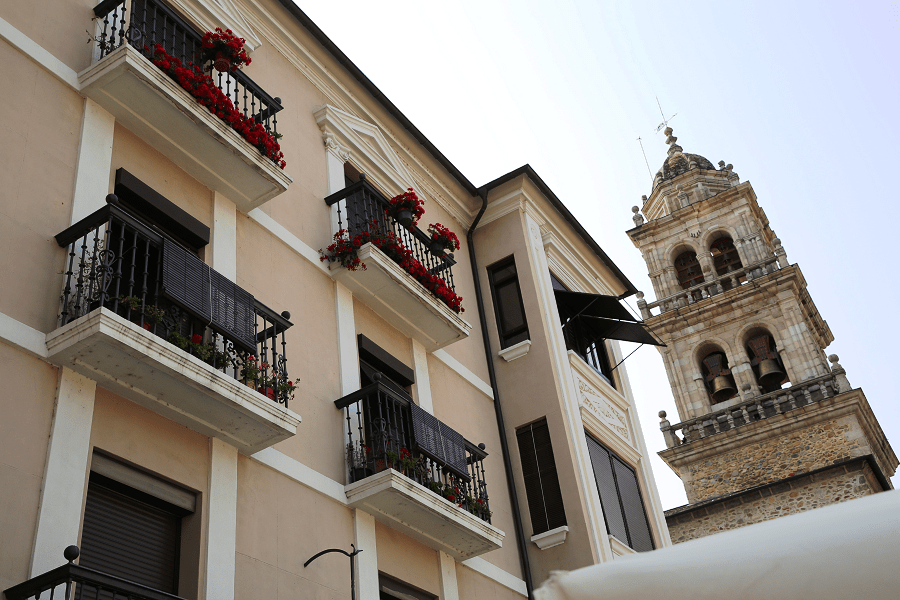 It is in the Romanesque style. Around 1178, King Fernando II of León allowed the Templars to establish an encomienda in present-day Ponferrada. In 1180 the king issued a charter for the repopulation of the town that had arisen a century before, documenting the first fortification around 1187. 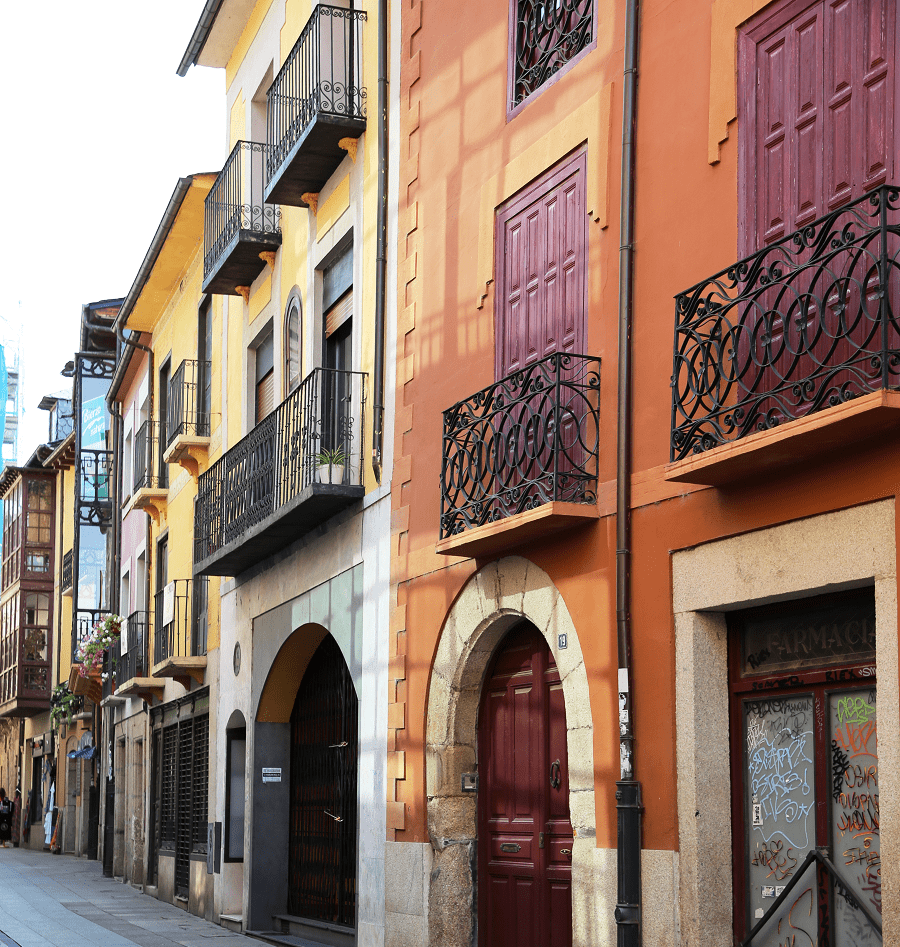 In the castle grounds, with an irregular polygon shape, two distinct parts are distinguished: the northern part, from the 12th century, and the rest, built throughout the 15th century, with some works carried out in the 19th and 20th centuries. In ancient times the castle was surrounded by a moat, except in the north-western canvas, where the river fulfilled the same function. 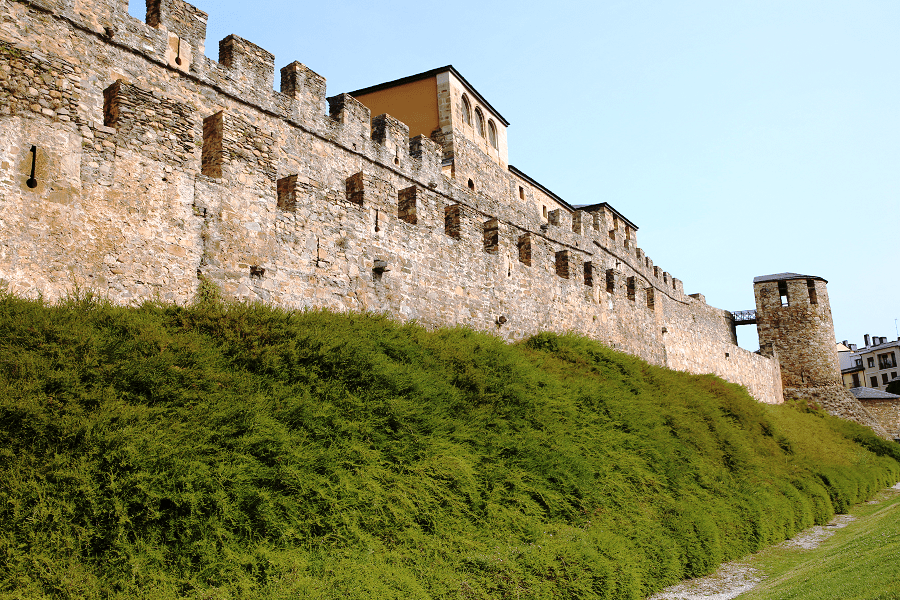 The Basilica of La Encina is a Christian temple. The plant is of a Latin cross; the head, in its upper part, forms a half hexagon. At the foot, at the base of the tower, to the left of the entrance is the baptistery and to the right the stairs that lead to the gallery, in the center a vestibule with side openings, in the second section, to the left, a side door opens with a neoclassical pediment to the outside (2nd half of the 17th century). In the front is the dressing room of the Virgin of La Encina. 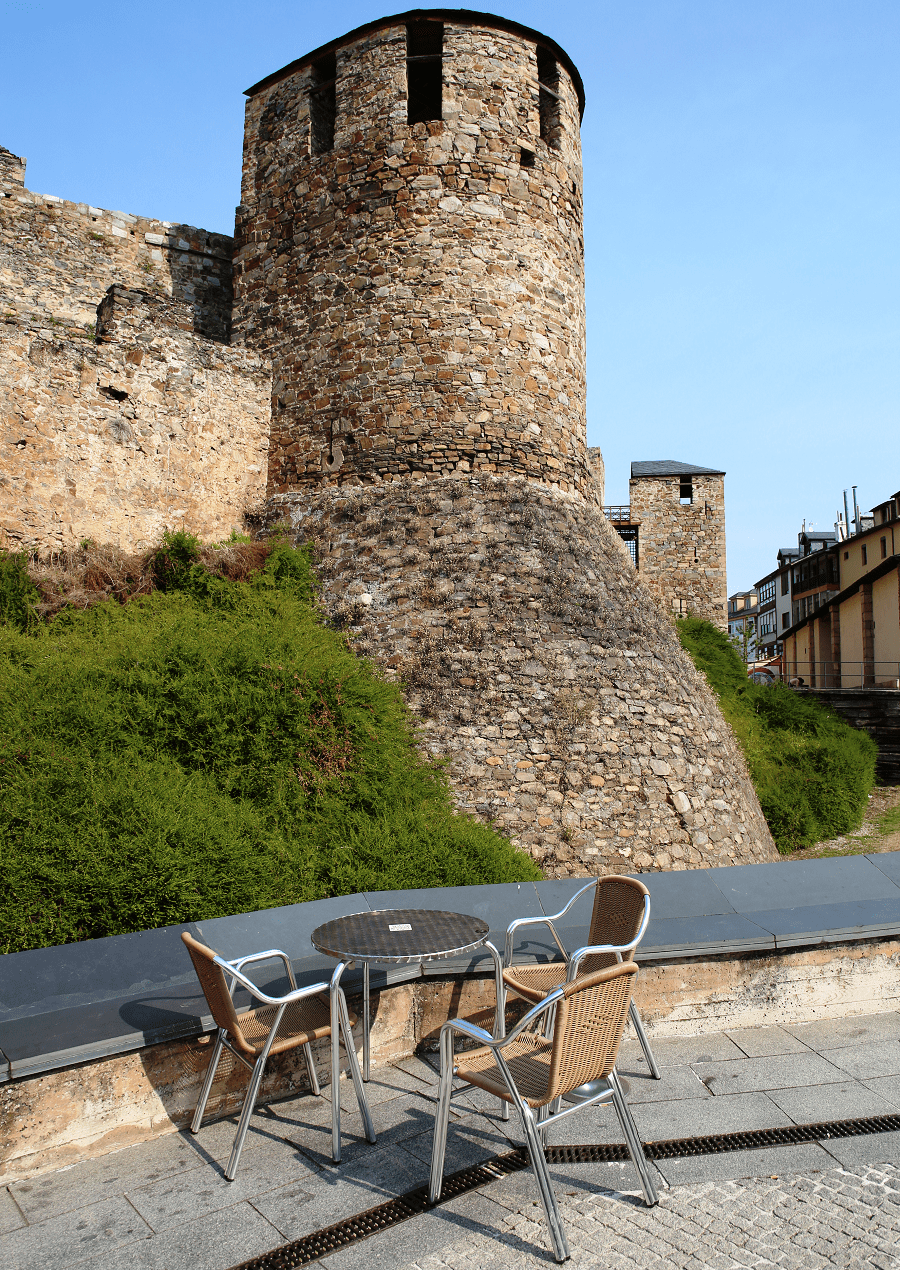 The church of Santiago de Peñalba is one of the architectural jewels of the Art of repopulation (The name “Art of repopulation” corresponds to a theory recently applied to artistic manifestations, mainly architectural, that took place in the Christian kingdoms of northern Spain between the end of the 9th century and the beginning of the 11th). 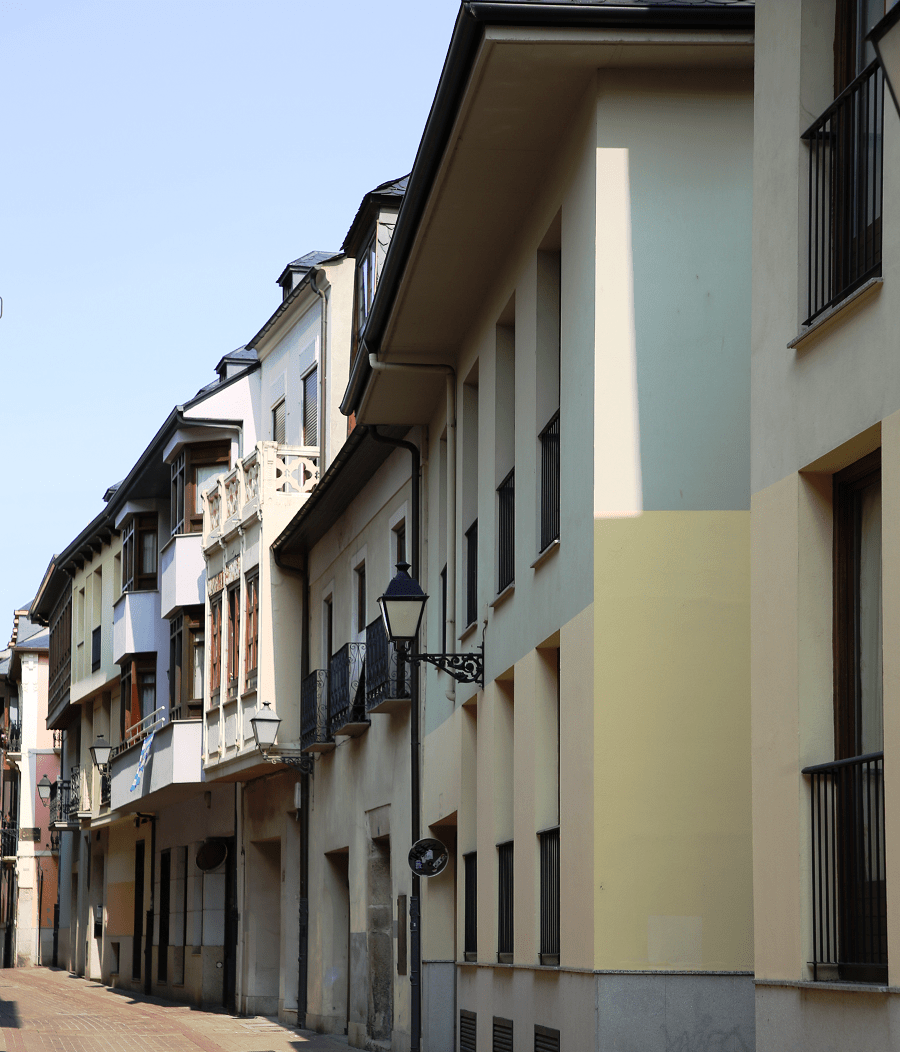 It is located in the heart of the Oza Valley, 14 kilometers from Ponferrada. The area, full of monasteries and hermitic churches since the 8th century, was once called the “Tebaida berciana”. Its location in the center of the Aquilanos Mountains, the most rugged area of the León Mountains, facilitated the isolation sought by ascetic saints of the 9th and 10th centuries, such as San Fructuoso and San Genadio. 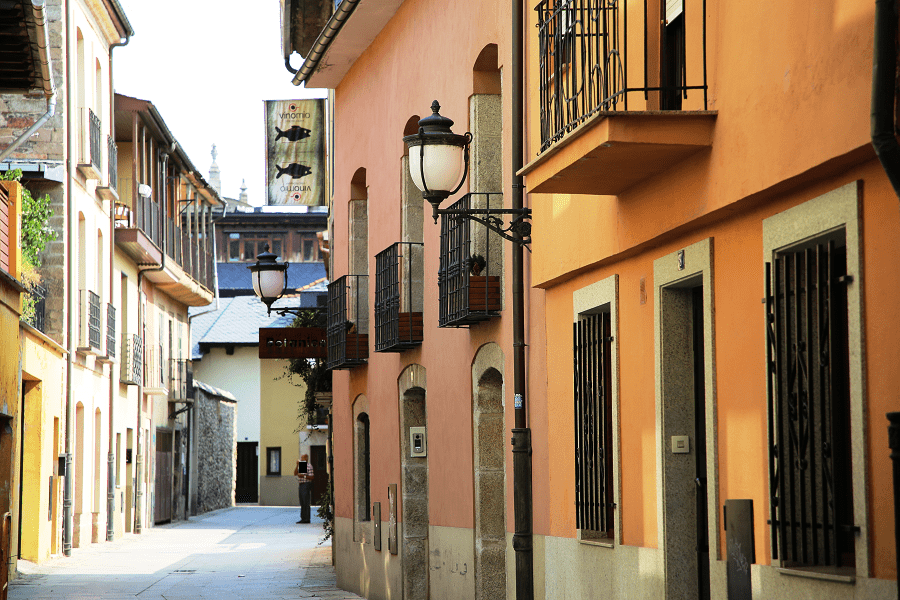 The monastery of San Pedro de Montes, is located in Montes de Valdueza, near the Monastery of Saint Mary of Carracedo. 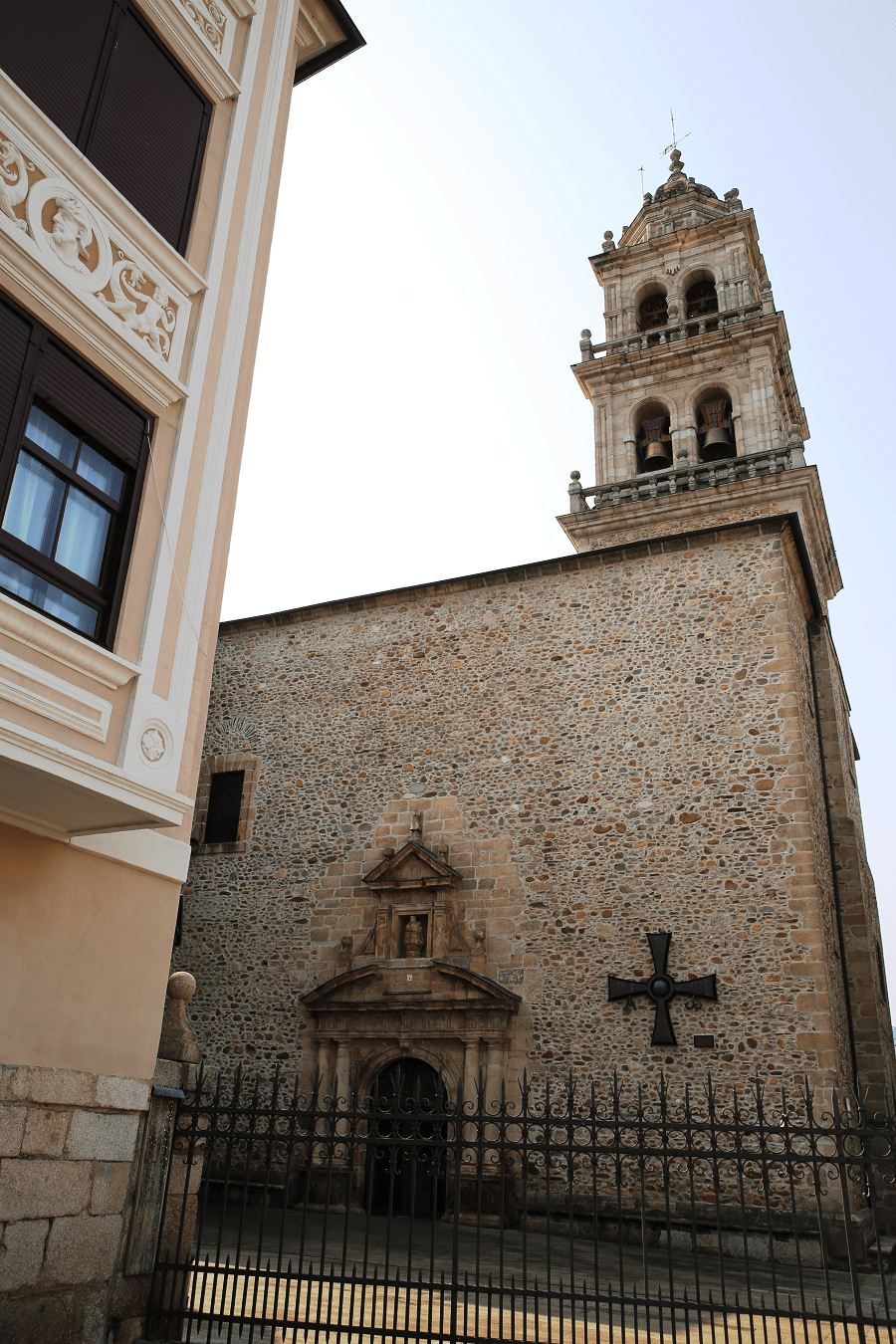 It was founded around the year 635 by San Fructuoso and, together with the Monastery of Santa María de Carracedo, they were the most powerful of the Bercian monasteries. 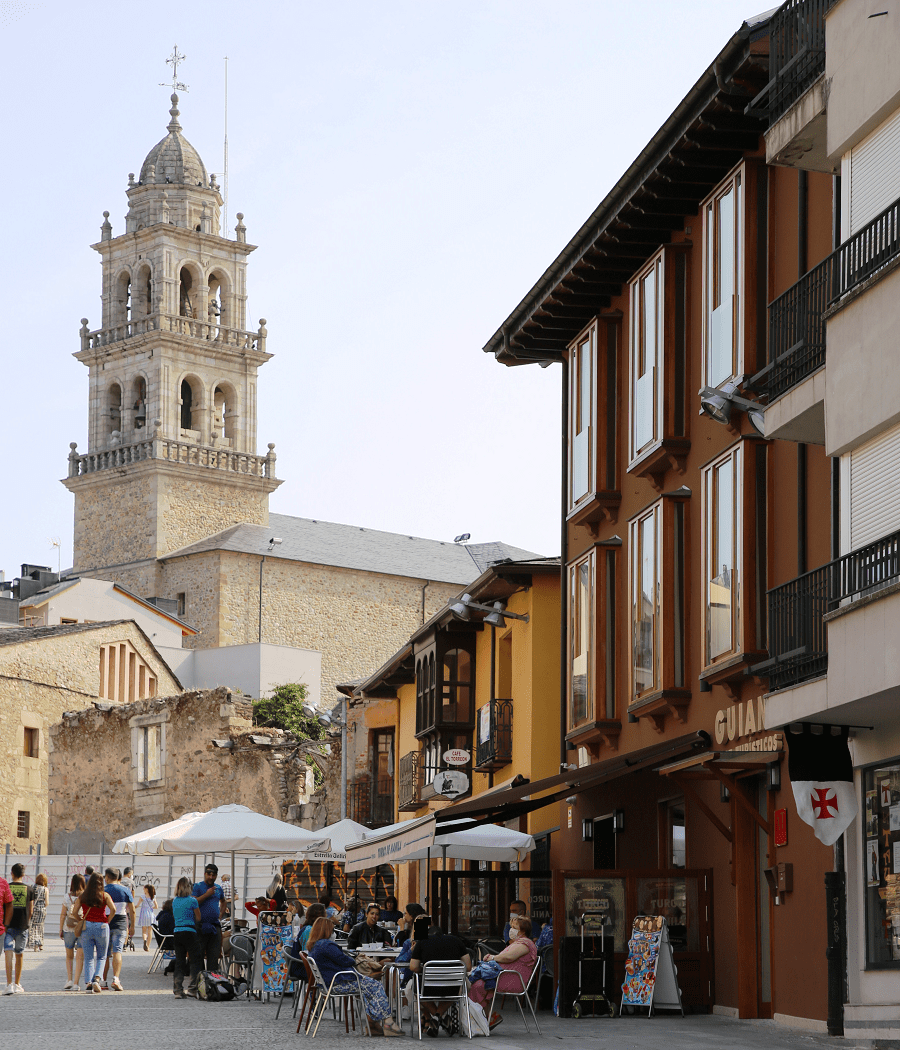 After the confiscation of Mendizábal it suffered a fire that left it in a state of ruin; It was declared a National Monument in 1931. Since 2003 various interventions have been carried out, for which the monastery has disappeared from the red list of Hispania Nostra, turning to the green one. 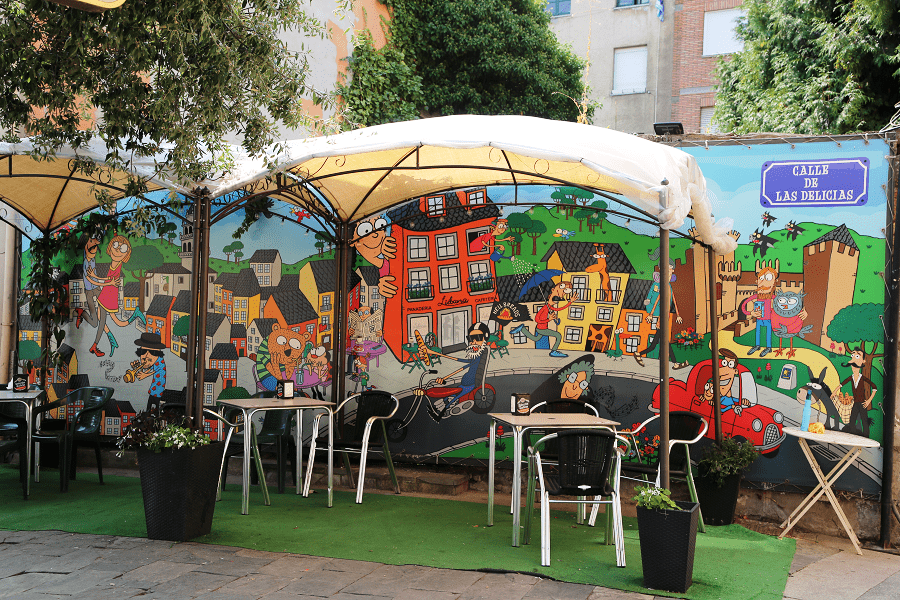 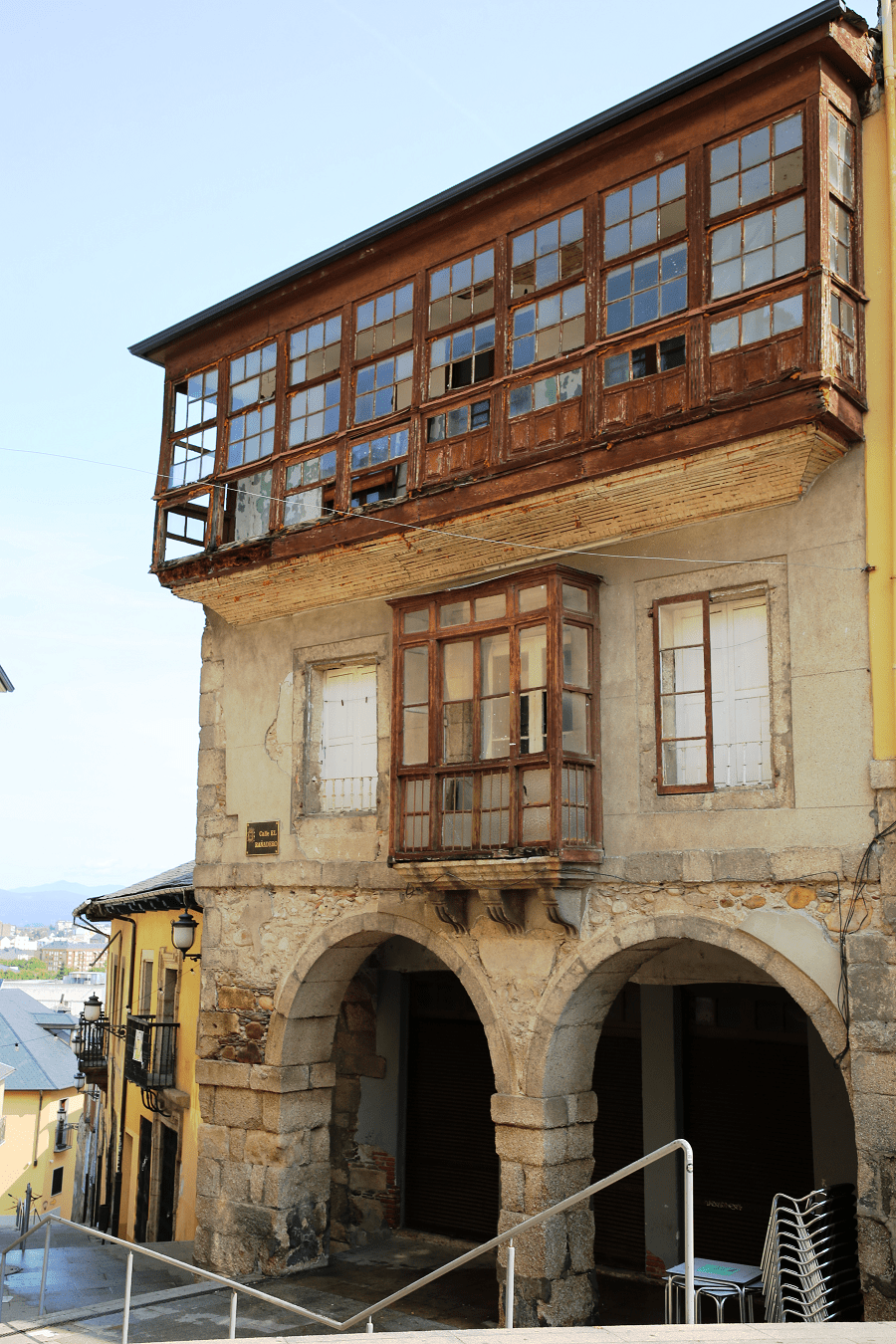 The National Energy Museum is currently under construction, sponsored by the Energy City Foundation. It will include the restored building and equipment of Compostilla I, Spain’s first coal-fueled power plant opened in 1949 in Ponferrada. 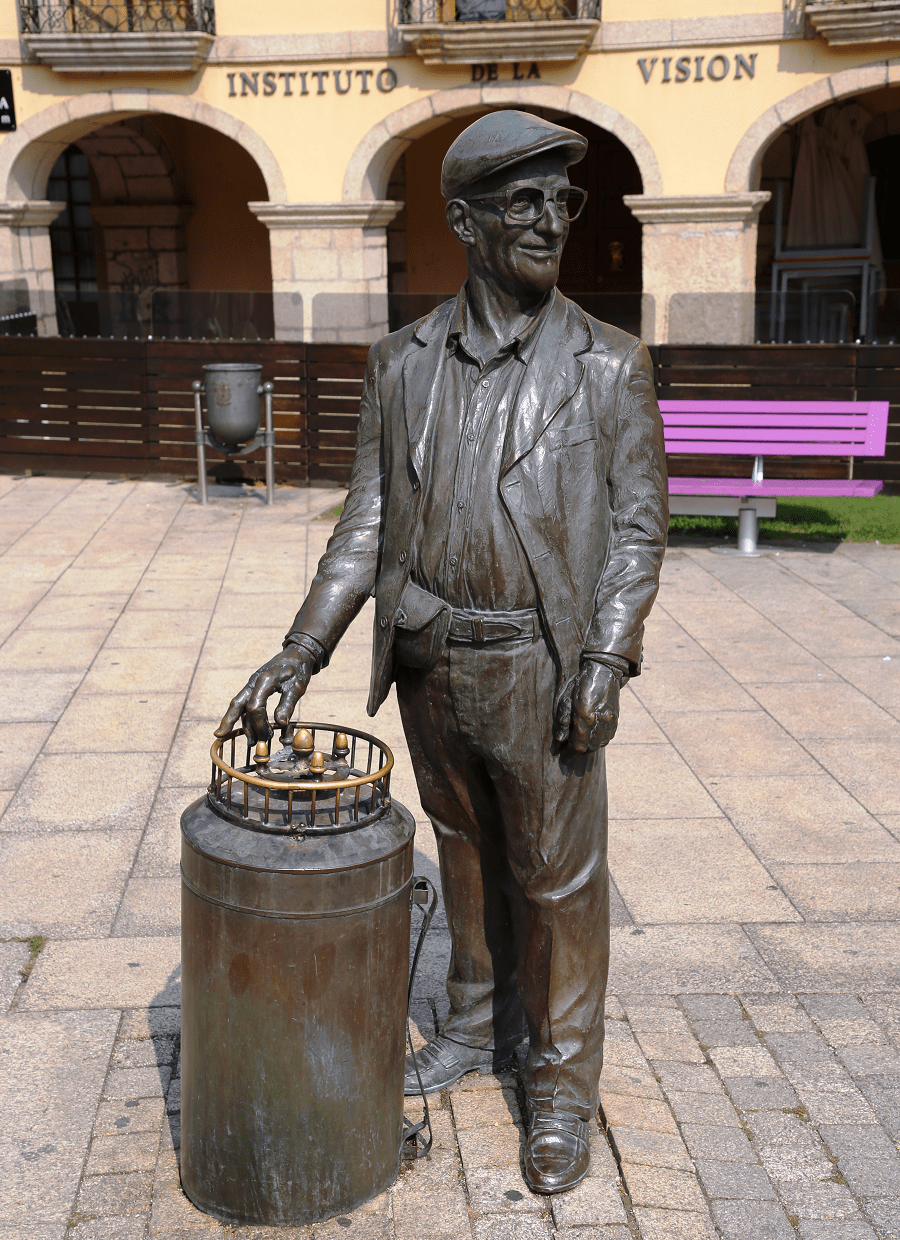 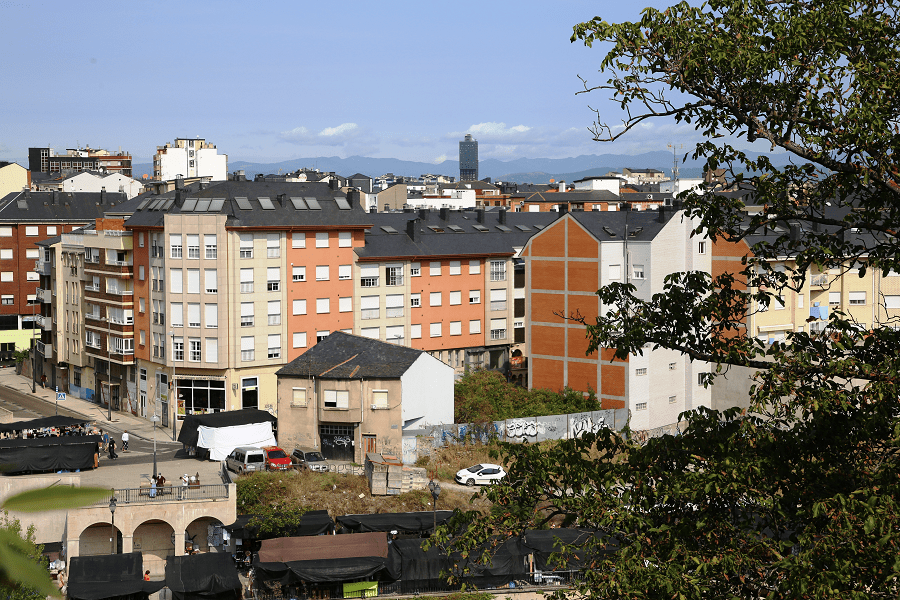 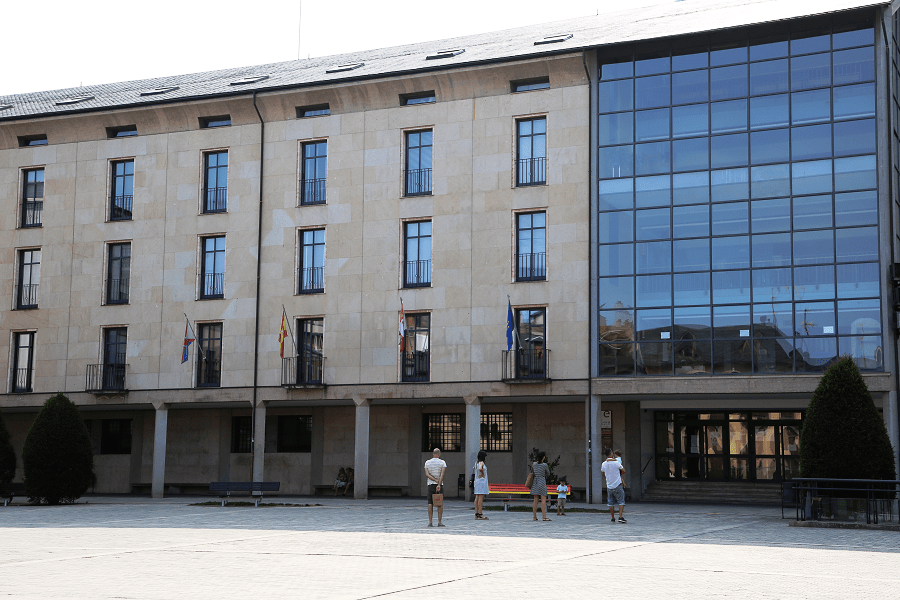 Ponferrada hosts its annual festival (Fiestas de La Encina) during the first week of September with many concerts and activities for adults and especially children, and in July it organises a very popular Templar Night in its Templar Castle (participants dress up and recreate town life during the 14th century). 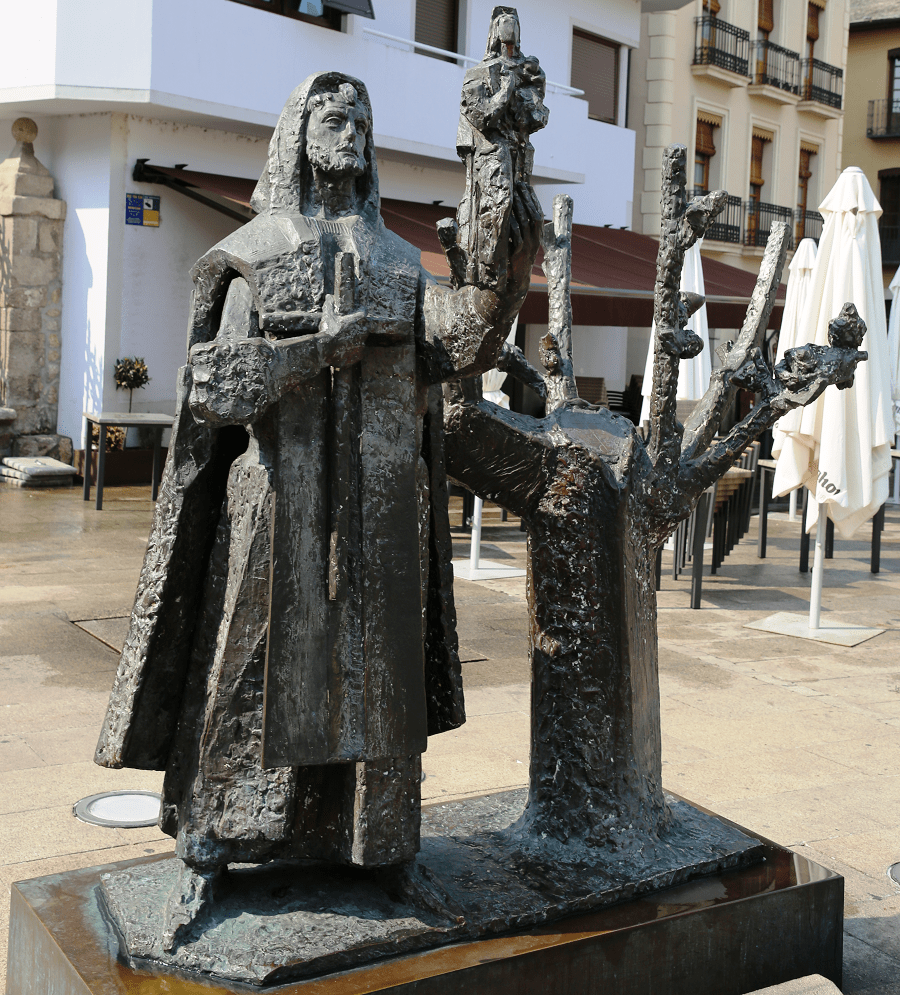 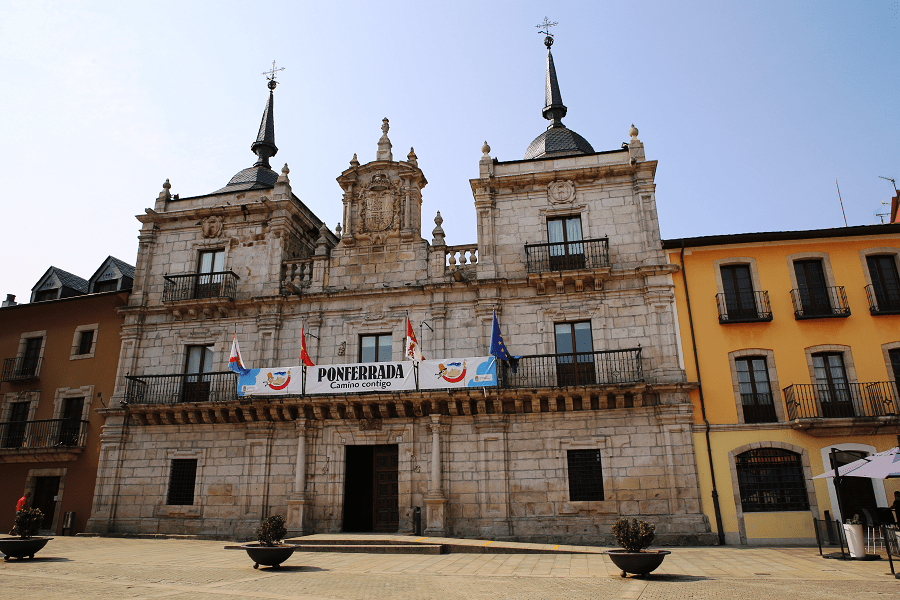 Ponferrada railway station provides rail services to the city, that are offered by RENFE. Passenger trains link the city with major population centers in Spain, including Madrid or Barcelona. 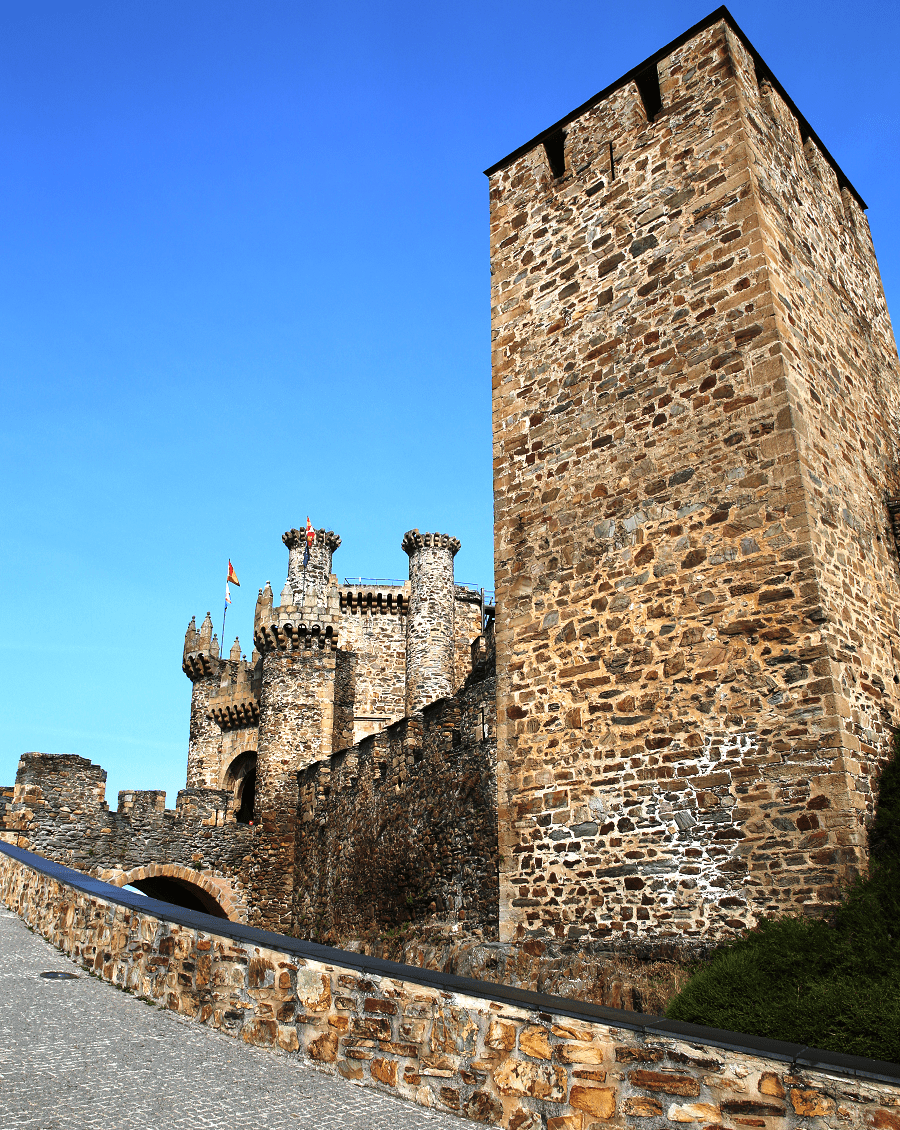 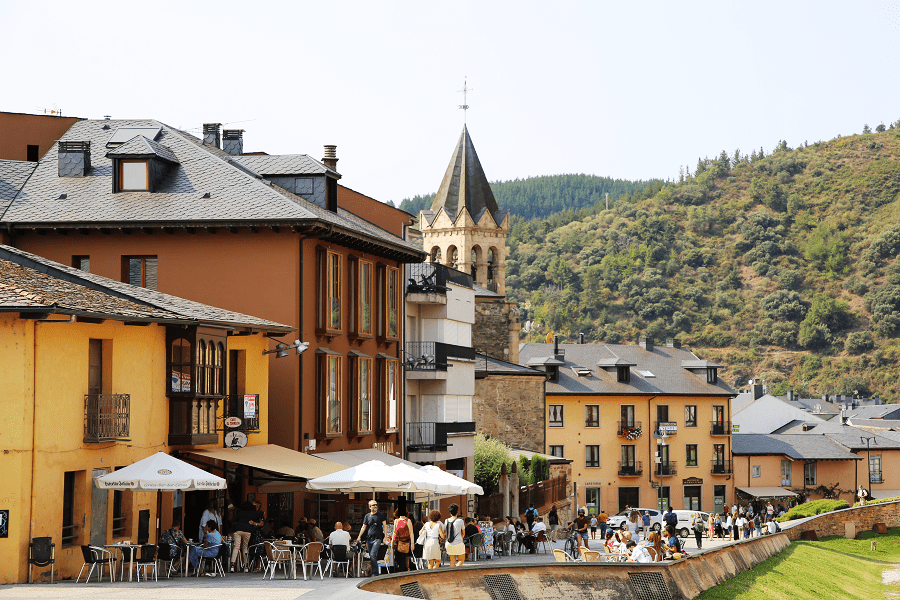 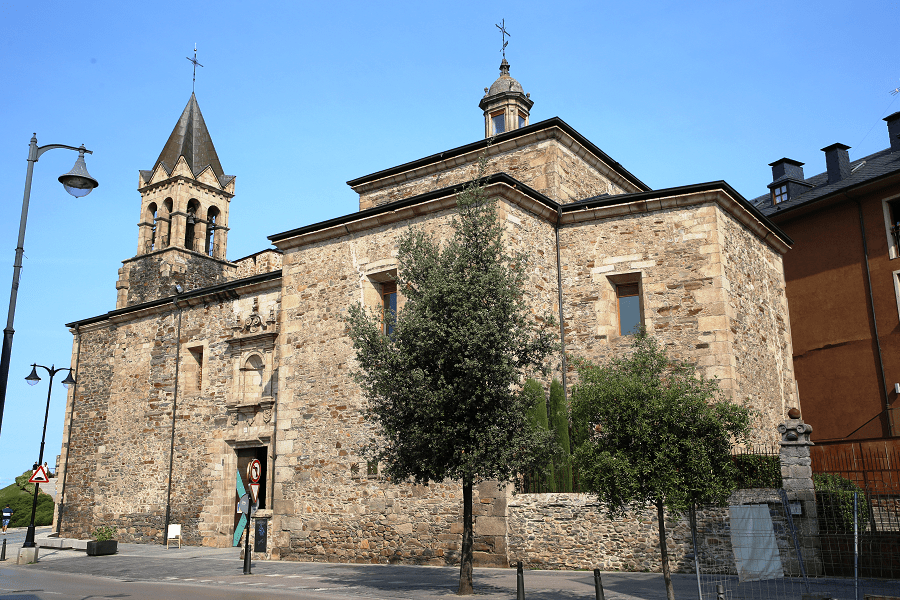