Monforte de Lemos is a city and municipality in northwestern Spain, in the province of Lugo, Galicia.

With an origin that dates back to the Castro culture (Cultura castreña, meaning “culture of the hill-forts”, is the archaeological term for the material culture of the northwestern regions of the Iberian Peninsula), it experienced its greatest splendor during the 16th and 17th centuries as the capital of the County of Lemos, one of the most important and influential in Spain. 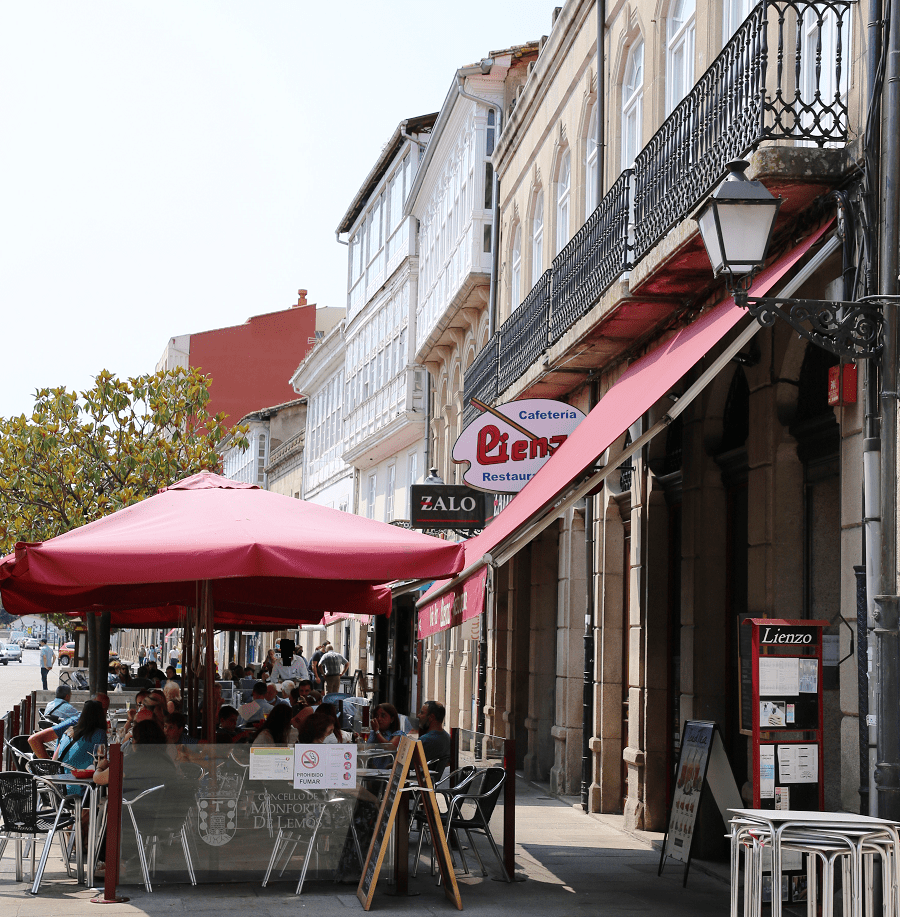 The arrival of the railroad in 1883 made it the most important railway junction in Galicia, as the line from the Meseta to Vigo and A Coruña forked there.

The railroad contributed to its development and growth as a city, especially in the neighborhood of the station. 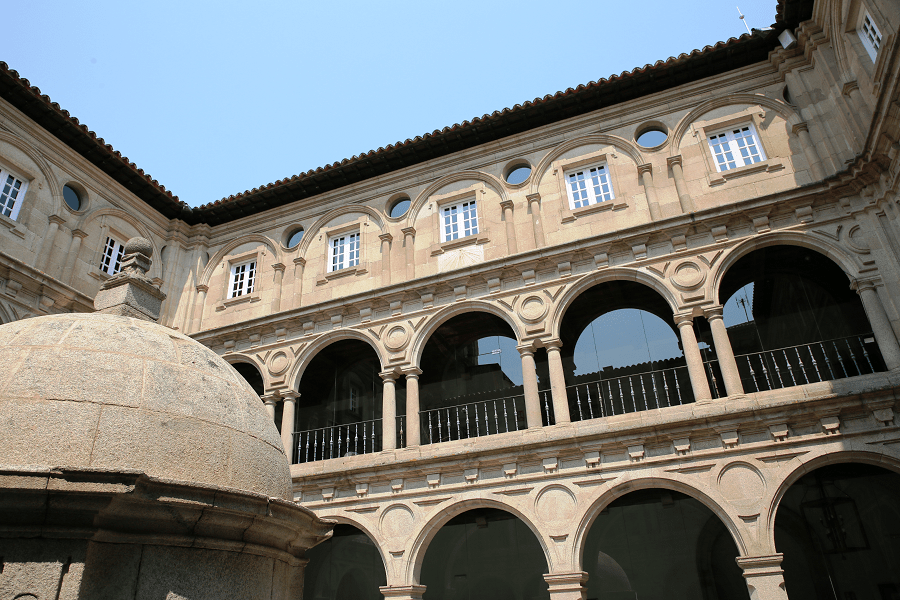 The College of Nosa Señora da Antiga, built in the Herreriano style, is often known as El Escorial of Galicia, being of the few manifestations of this style in this community. 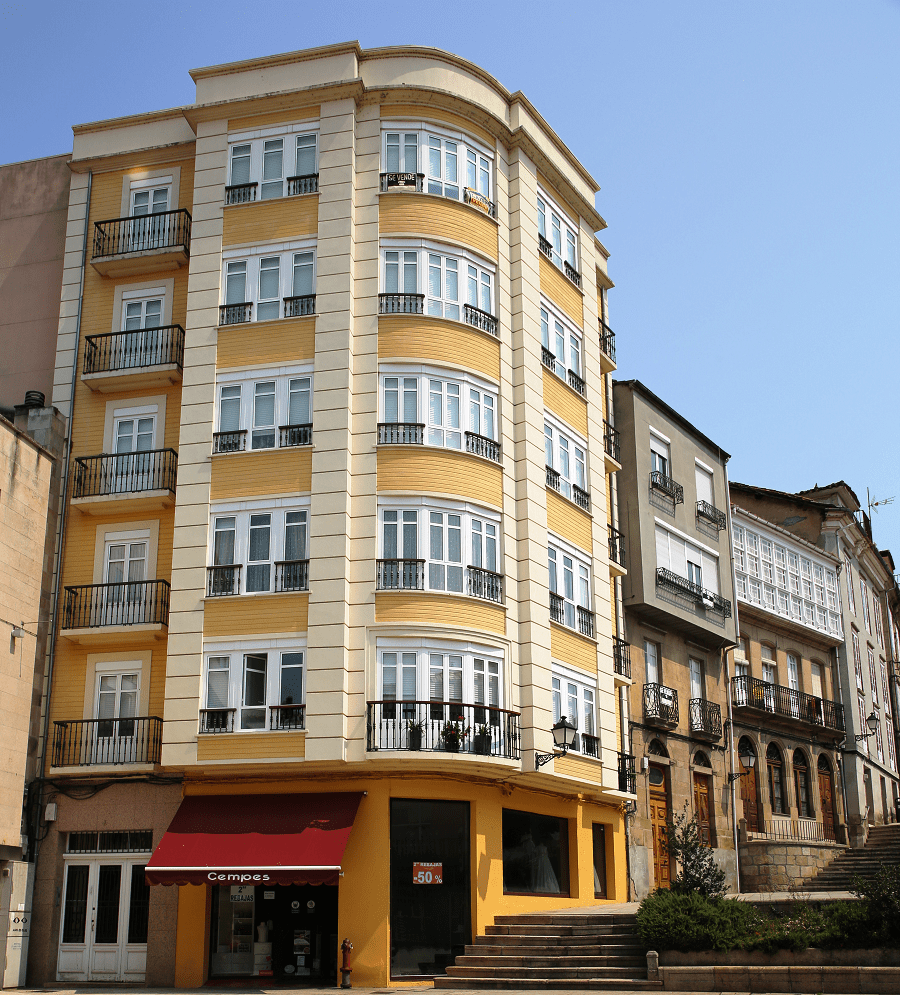 It is forever linked to the figure of its founder, Cardinal Rodrigo de Castro, perhaps the last great ecclesiastical prince of the Renaissance in Spain, Archbishop of Seville, great benefactor of Monforte, and patron of the arts. 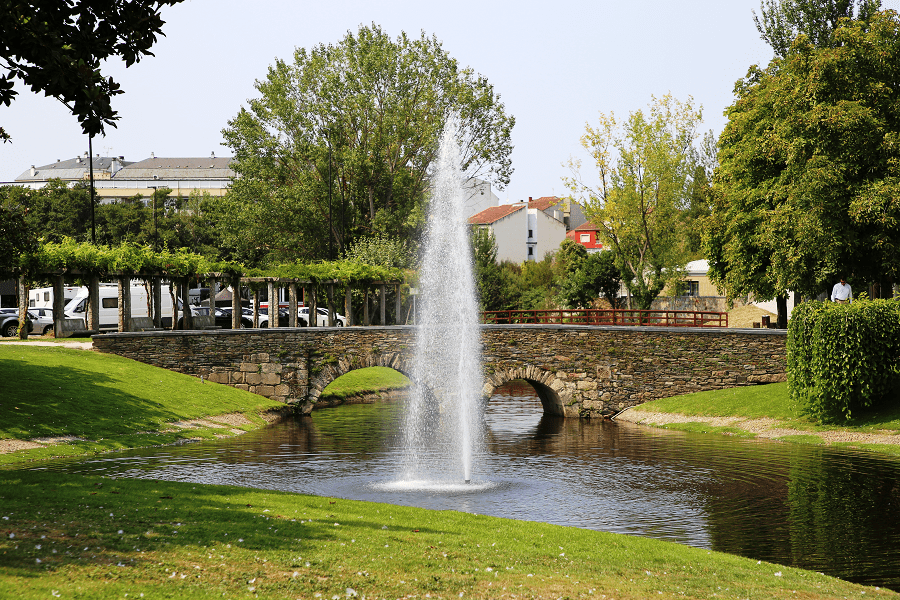 The college was a Seminary until 1773 and later a University, displaying up to seven chairs in a time when it was not yet established in the province. Originally run by the Jesuits, their order was expelled from Spain, through the Pragmatic Sanction of 1767 led to the elimination of any existing symbol to remember their existence in the country. 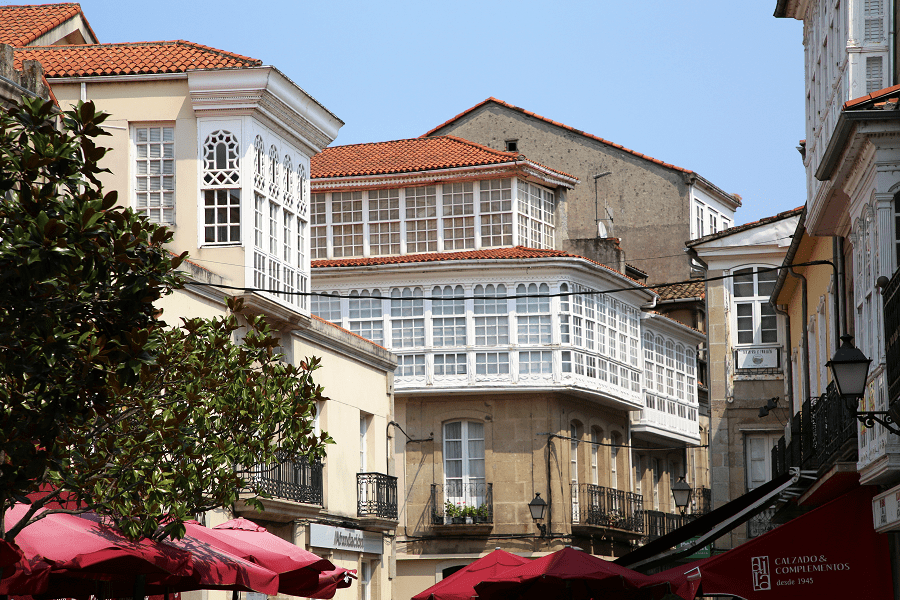 The church has an altar of wood carved by Francisco de Moure which could not be completed in his life and was completed by his son. An art gallery is also located there highlighting several works by El Greco. 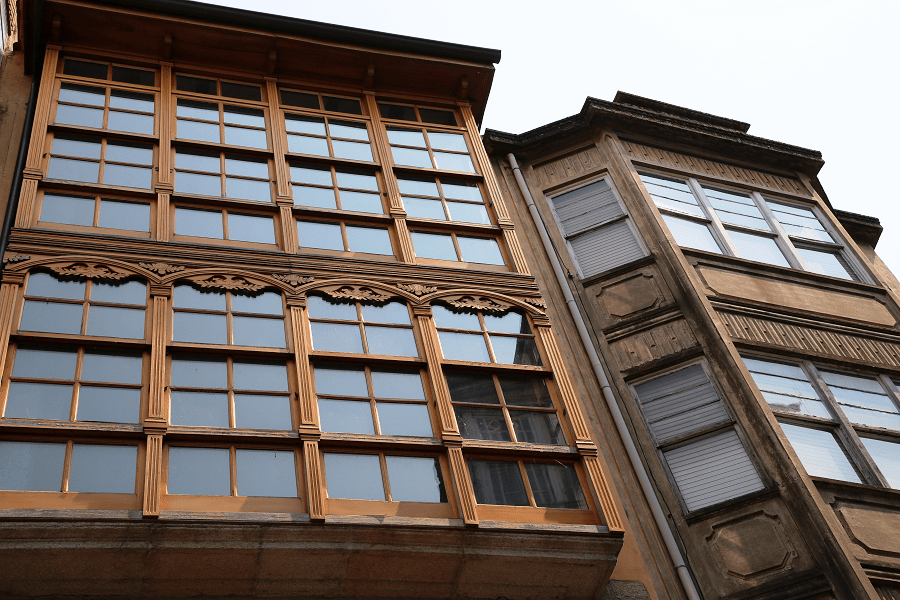 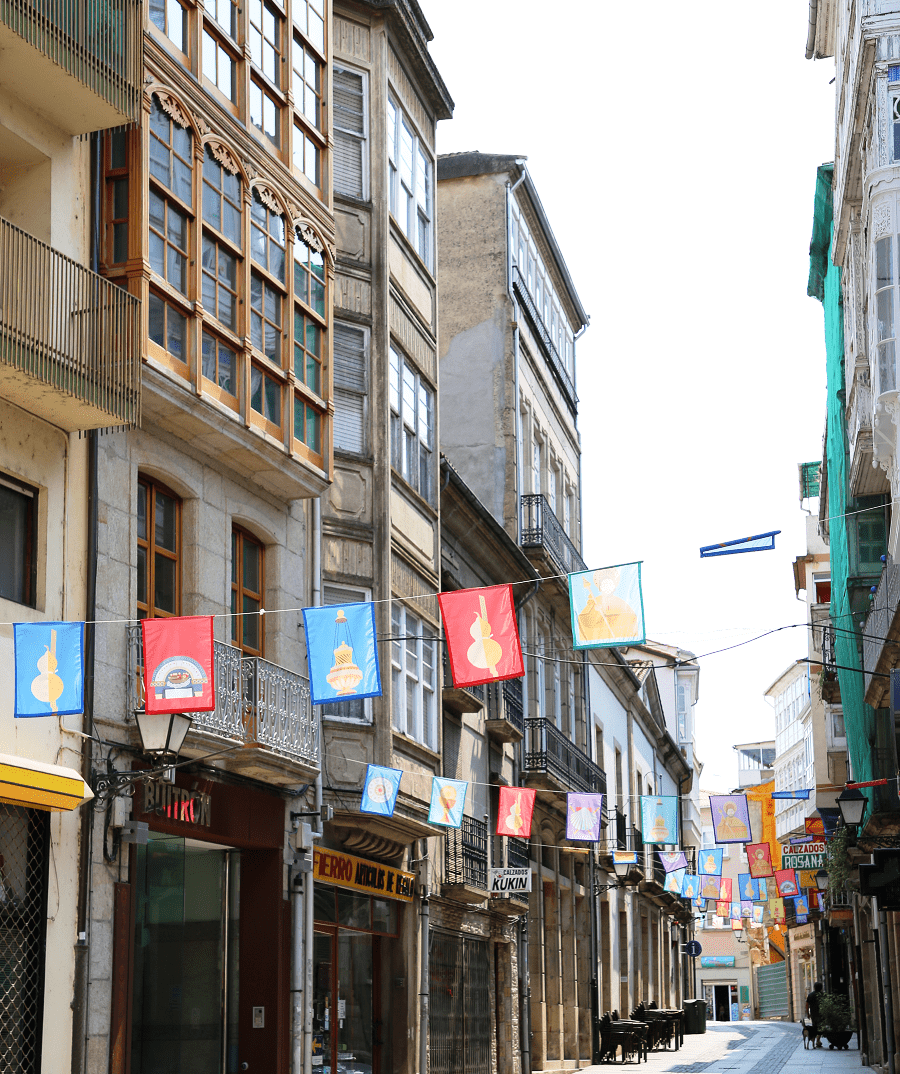 Tower of tribute was built between the 13th and 15th centuries. During the Irmandiña Revolt (1467-1469), both the tower and the medieval wall suffered significant damage. The tower, which was the place where the tribute ceremonies were held (ritual of union of the lord and the vassal), retains its height of 30 meters, with walls 3 meters thick and 13 meters on each side. 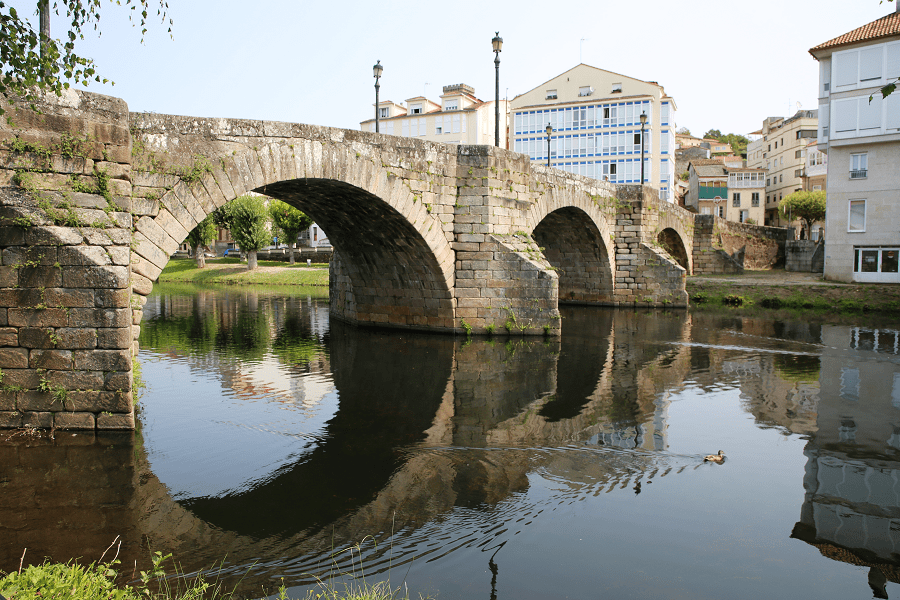 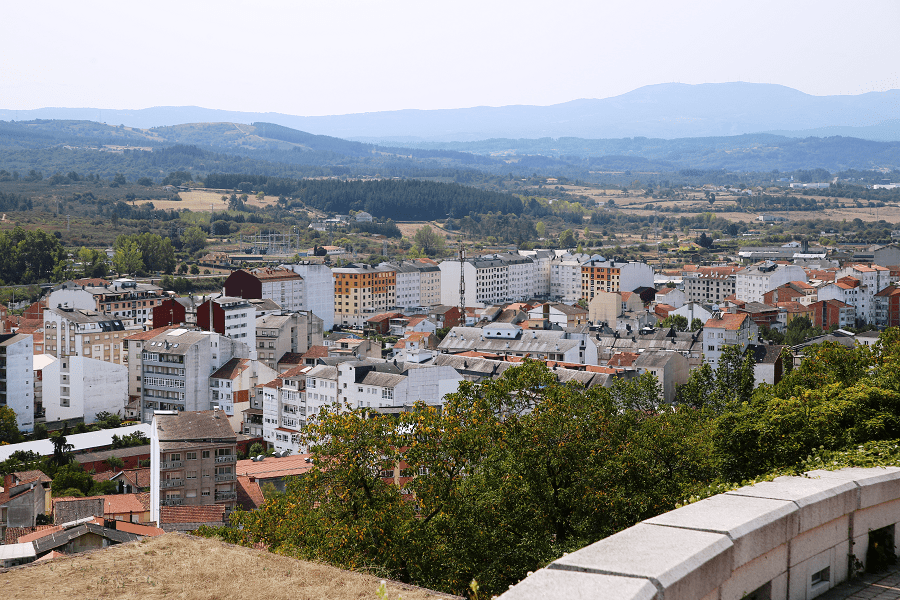 Jewish quarter and medieval town. Monforte belongs, along with twenty-five other Spanish and Portuguese cities, to the Spanish Network of Jewish Quarters, as Sephardic culture is linked to its history. Although the Jews lived mixed with the local population, they lived in the area between the streets Zapaterías, Falagueira, Pescaderías and the current Plaza de España. In the same neighborhood are the Régoa convent, the old jail and part of the medieval walls. 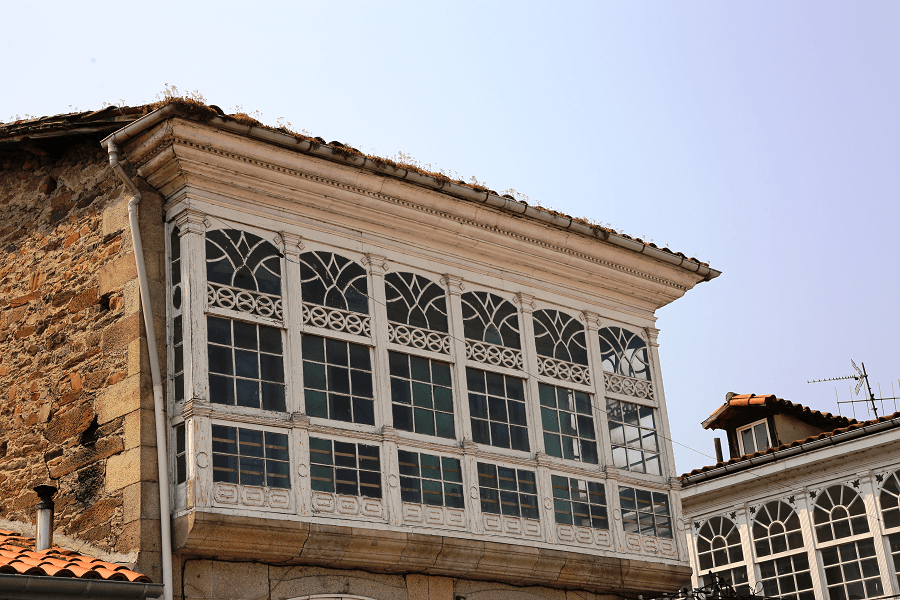 The Old Bridge (in Galician: Ponte Vella), also known as Roman Bridge (Ponte Romana), is a bridge that crosses the Cabe river in the urban area. According to tradition, its origins date back to Roman times. The current bridge was built in the 16th century by Pedro Rodríguez de Ramberde by order of Catalina de la Cerda y Sandoval, VII Countess of Lemos, widow of Pedro Fernández de Castro y Andrade. 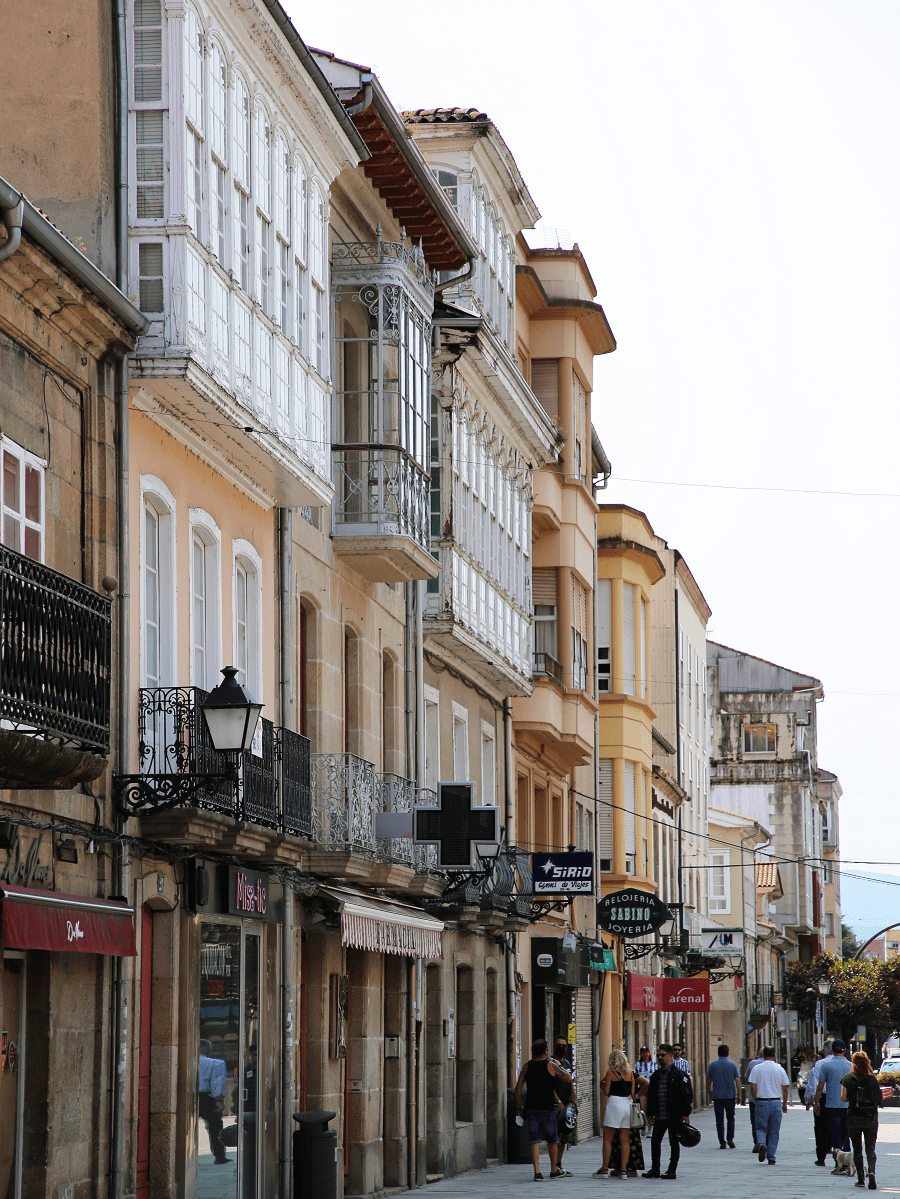 Museum of Sacred Art of the Poor Clares: its collection makes it the most outstanding museum in the city and one of the most important in Spain for sacred art. The seventh counts of Lemos and vice-kings of Naples, who founded the convent in the 17th century, donated part of their private collection.

Pinacoteca de los Escolapios: a small gallery located in the Colegio de Nuestra Señora de la Antigua that stands out for the value of the works it keeps. The two most important works are by El Greco: Fray León meditating on death, and the Apparition of the Virgin with the Child to San Lorenzo. It also has five panels by Andrea del Sarto, a portrait by Francisco Pacheco and two oil paintings from the Compostela school. 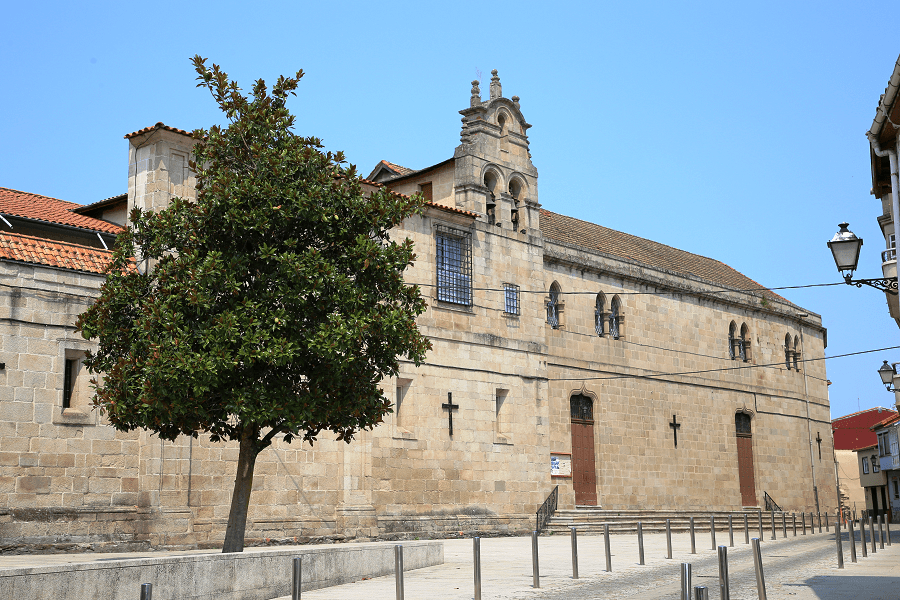 Galician Railway Museum: inaugurated in 2007, it is the only railway museum that exists in Galicia and is located in the old facilities that once housed one of the most important steam traction tanks in northern Spain. In it we find several historic cars and locomotives.

Ribeira Sacra Wine Center: it has an exhibition on wine and the tradition of its cultivation in the area. It also has a tasting room, a tapería and a shop with almost all the wines of the Ribeira Sacra Denomination of Origin. The museum opened in 2009, in a building of a hospital from 1583. 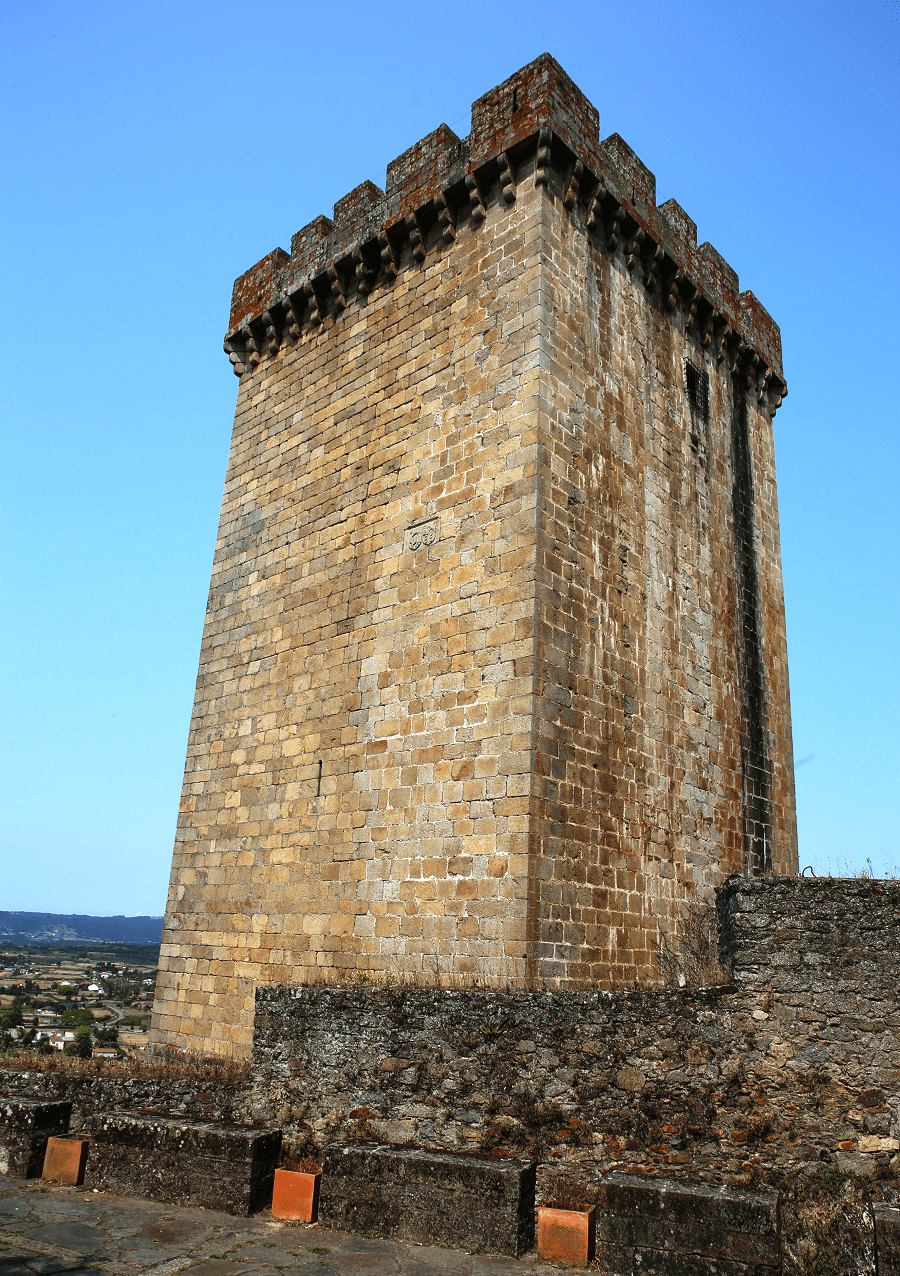