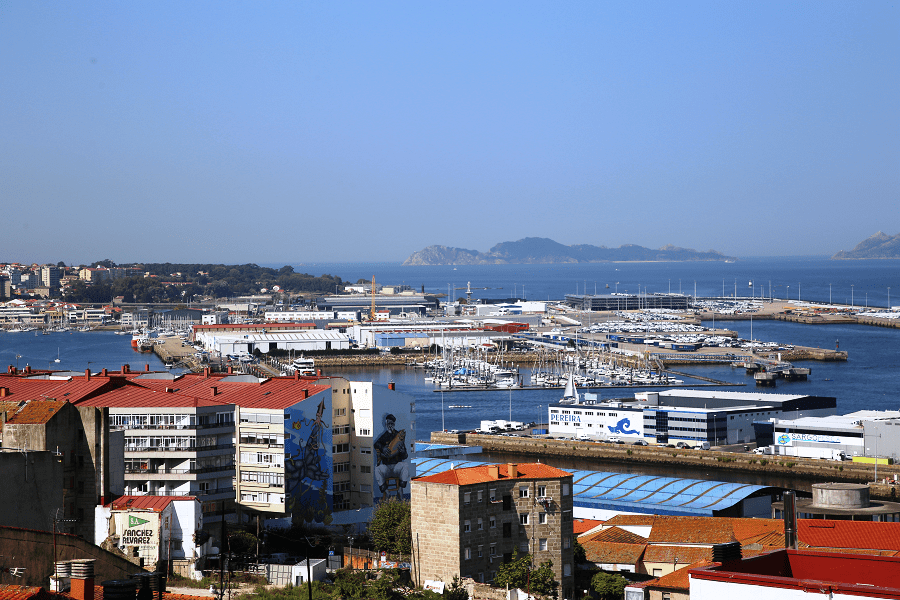 Vigo is a city and municipality in the province of Pontevedra, within the autonomous community of Galicia, Spain.

Vigo is one of the region’s primary economic agents due to its cargo port.

The economy of Vigo and its region is characterized by the preponderance of its diversification. Its main engines are the automotive industry, shipbuilding, industrial fishing and the various activities of the port and the free zone. Other base sectors are trade and tourism, due to its beaches, cultural offer, local festivals and the Camino de Santiago on its Portuguese route along the coast. 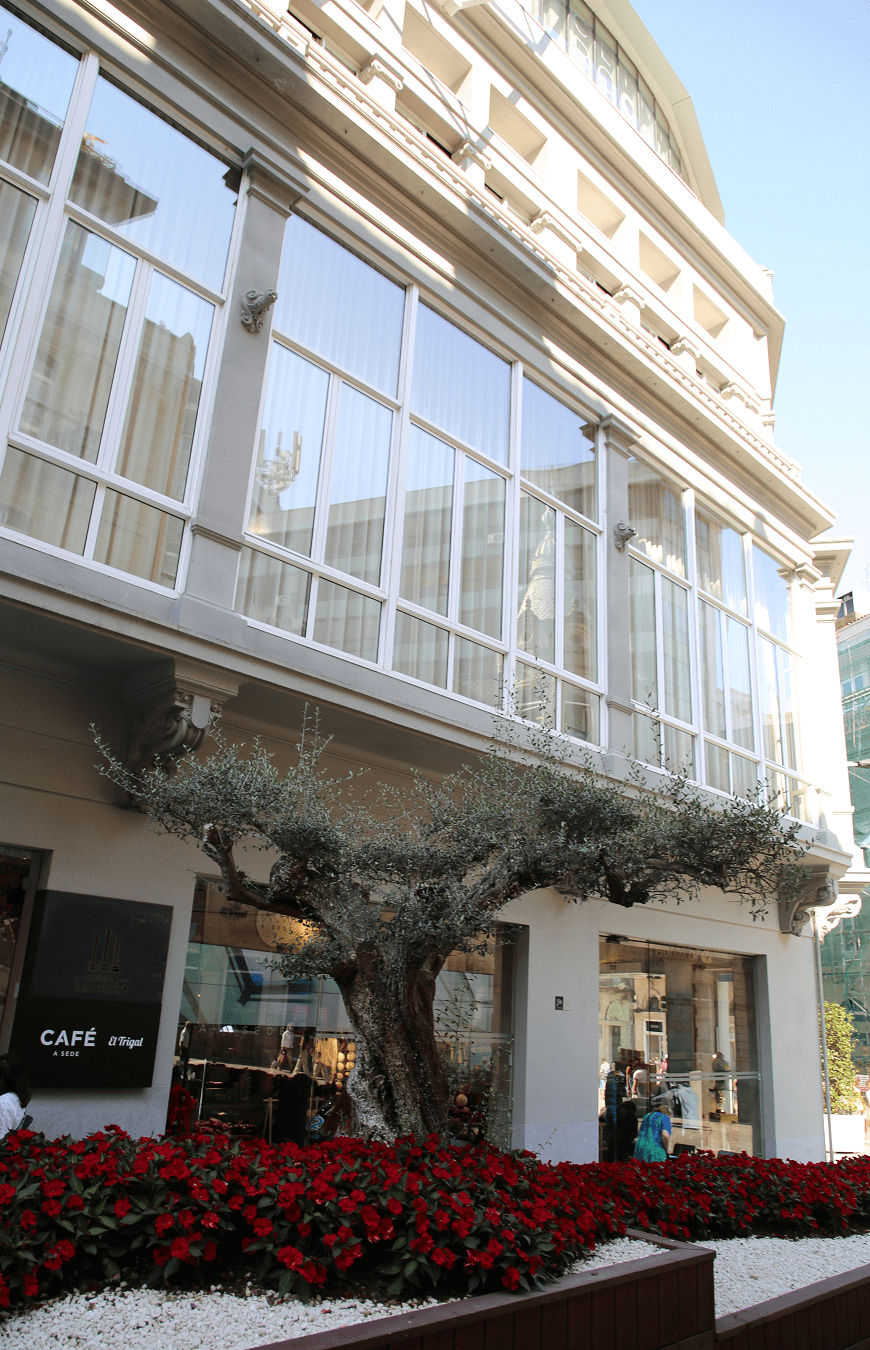 An industrial city Vigo has few remarkable old buildings but it is a home to the Co-Cathedral of Santa María and several museums, most of which were inaugurated between the late 1990s and early 2000s.

The architecture of Vigo is the set of construction styles that, throughout the history of Vigo, have appeared in the city.

It has evolved parallel to Spanish architecture, and has followed in a diverse way the multiple trends that have taken place in the context of the history of Western art. It reflects the evolution of the city from its origins to the present day. 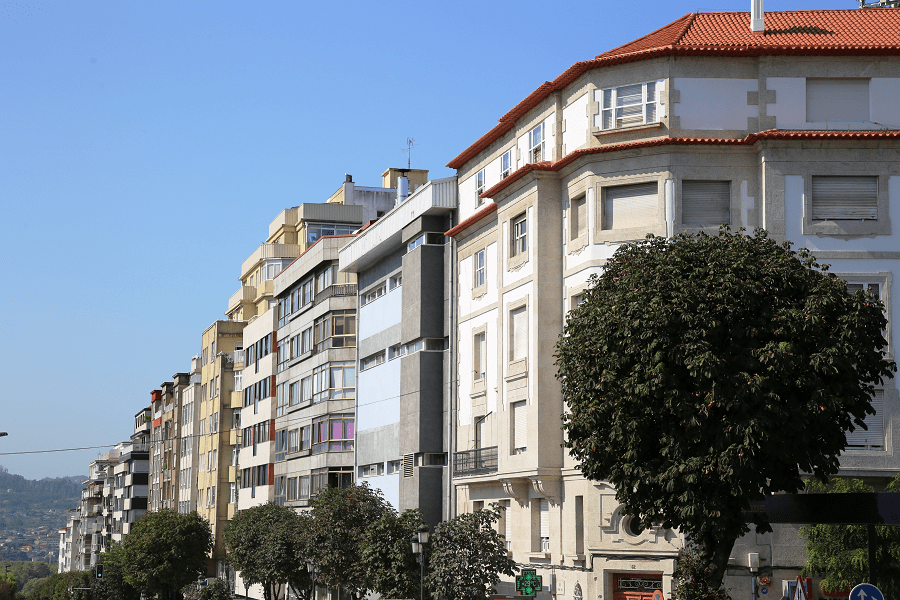 The boom in Vigo architecture took place only at the end of the 19th century and especially in the first decades of the 20th century, when many of the most emblematic buildings that populate the Galician city were erected.

The Collegiate Church of Santa María or Co-Cathedral of Vigo is a Catholic temple shares the cathedral seat of the diocese of Tui – Vigo with the cathedral of Tui. Its construction dates from the beginning of the 19th century, when it replaced the old collegiate church, damaged after the explosion of a powder magazine in 1809. 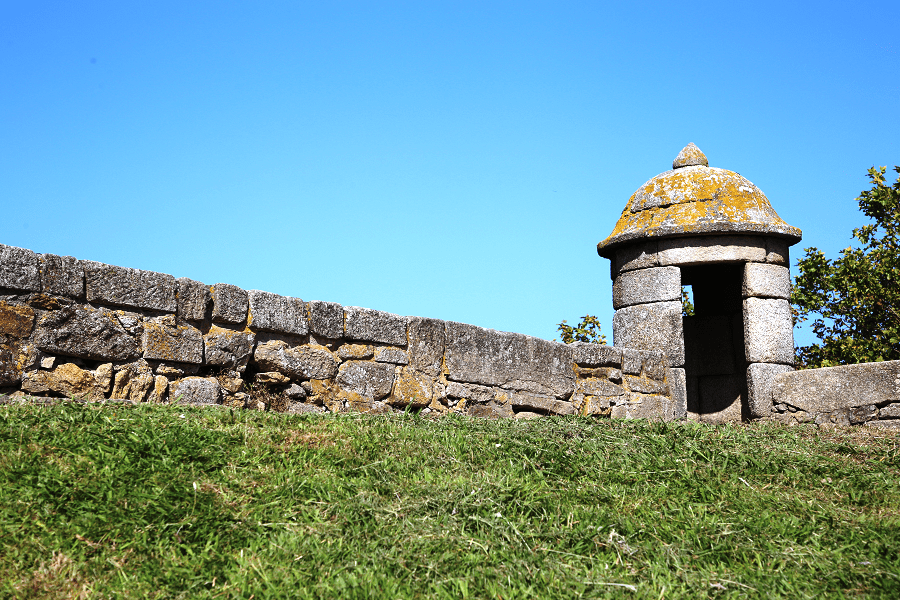 The current building was the work of the academic Melchor de Prado y Mariño, of the Royal Academy of San Fernando and is mainly neoclassical in style, although the towers are Baroque. 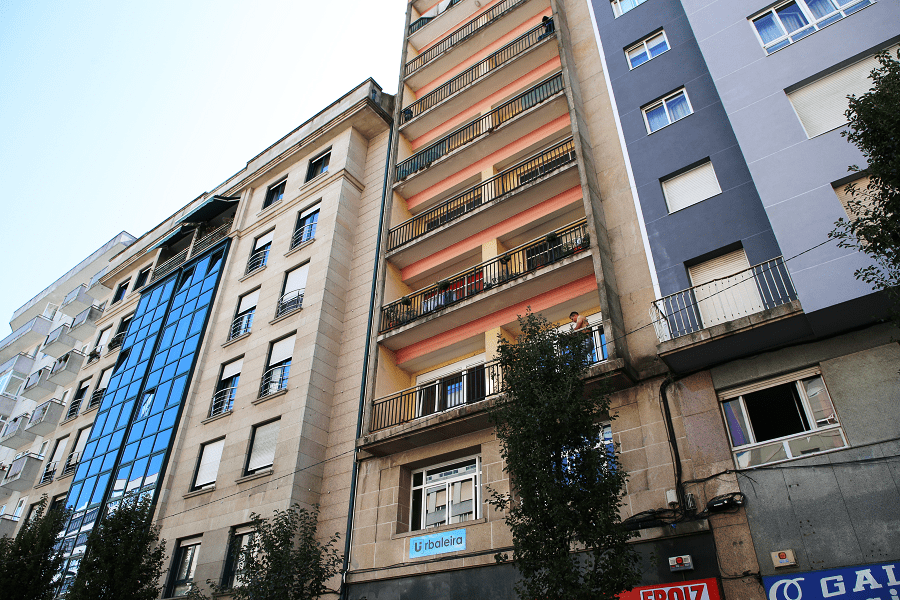 At present in Vigo there are more than 30 chapels, monasteries and churches. According to some historians as early as the 12th century, there were initially two churches Santa María and Santiago de Vigo within the urban area of the municipality, which are not preserved today. 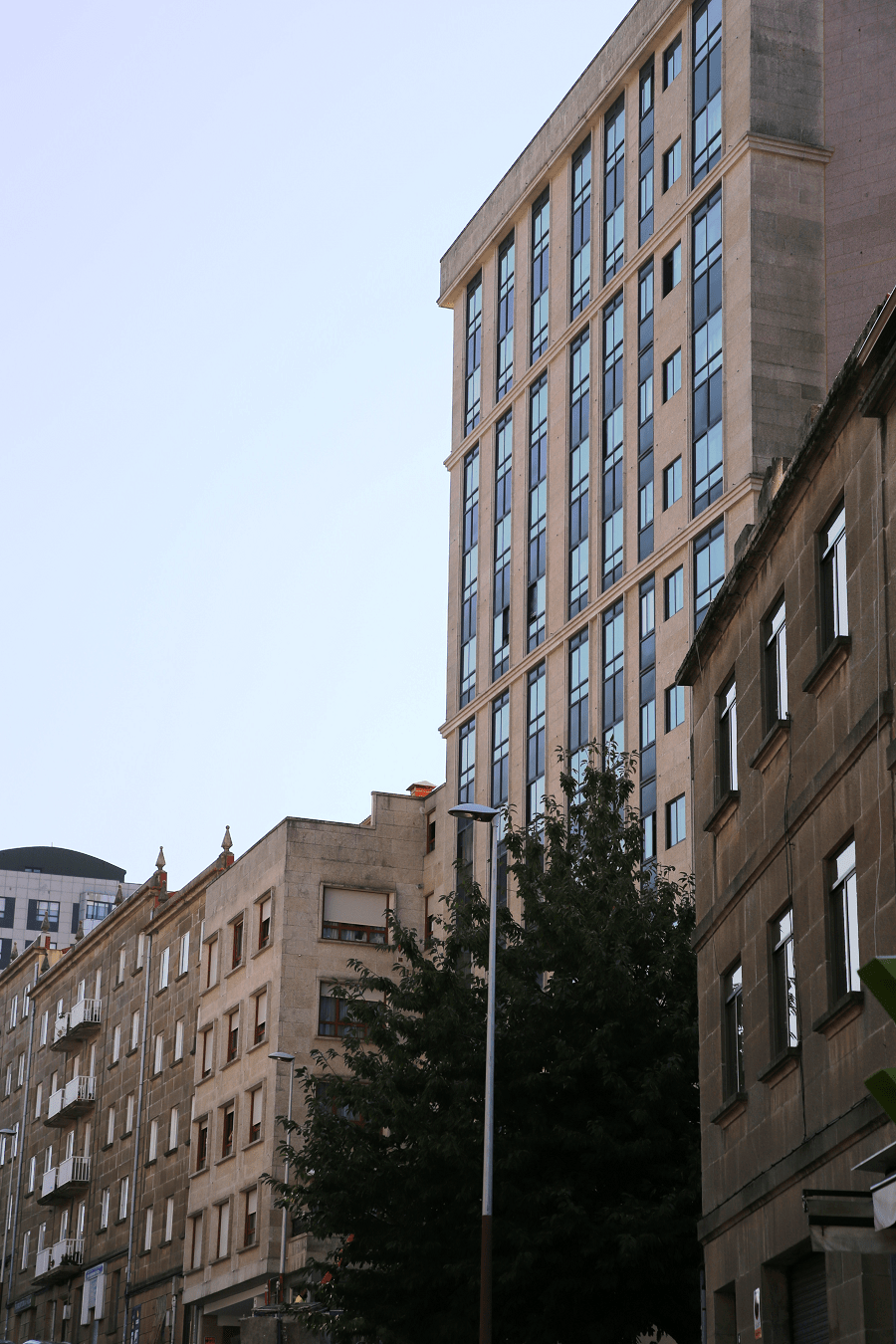 The high concentration of Romanesque temples make Vigo region one of the most important Romanesque centers in Galicia, although in the urban area there are quiet a few. 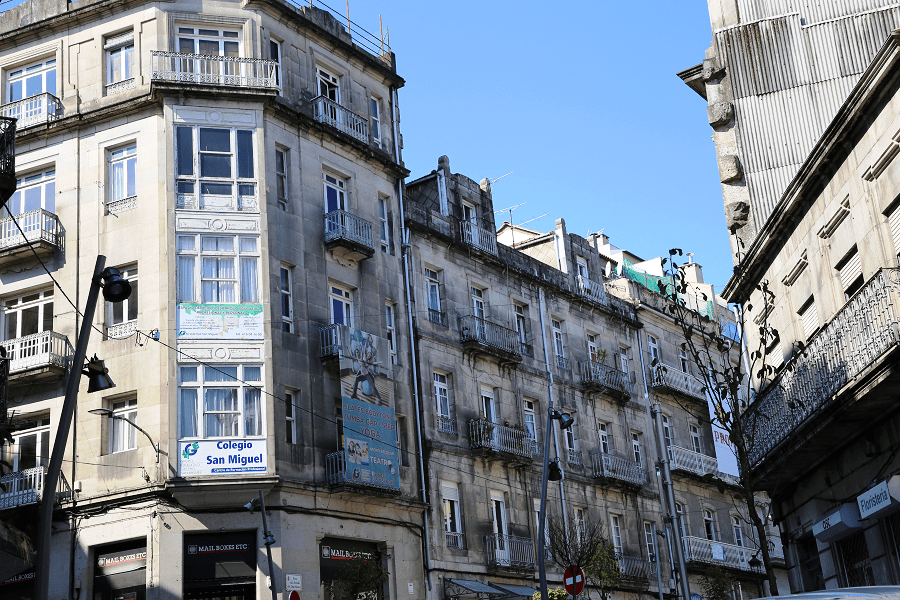 Museum of the Sea: Museum dedicated to the Sea, and to tinned food and to naval. Important building designed by famous architects Aldo Rossi and Cesar Portela. 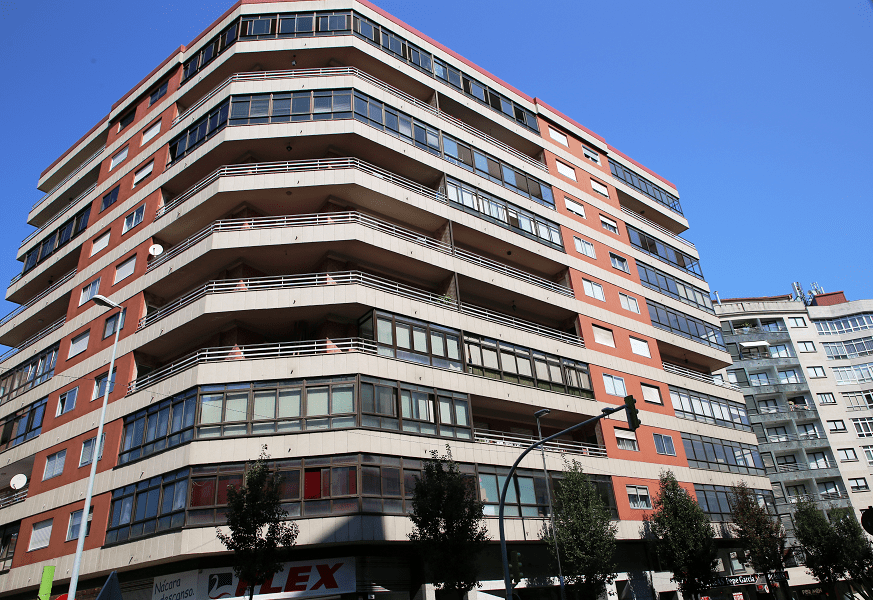 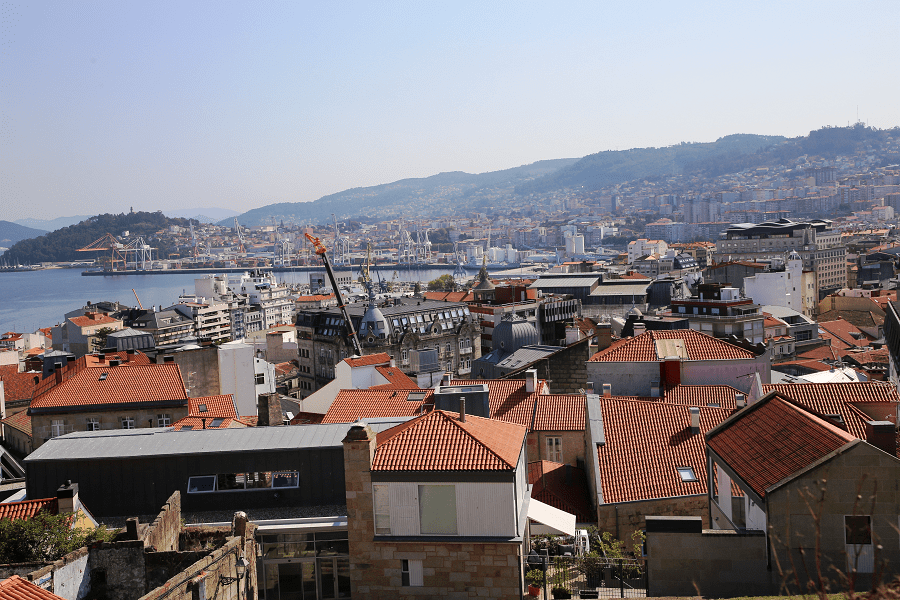 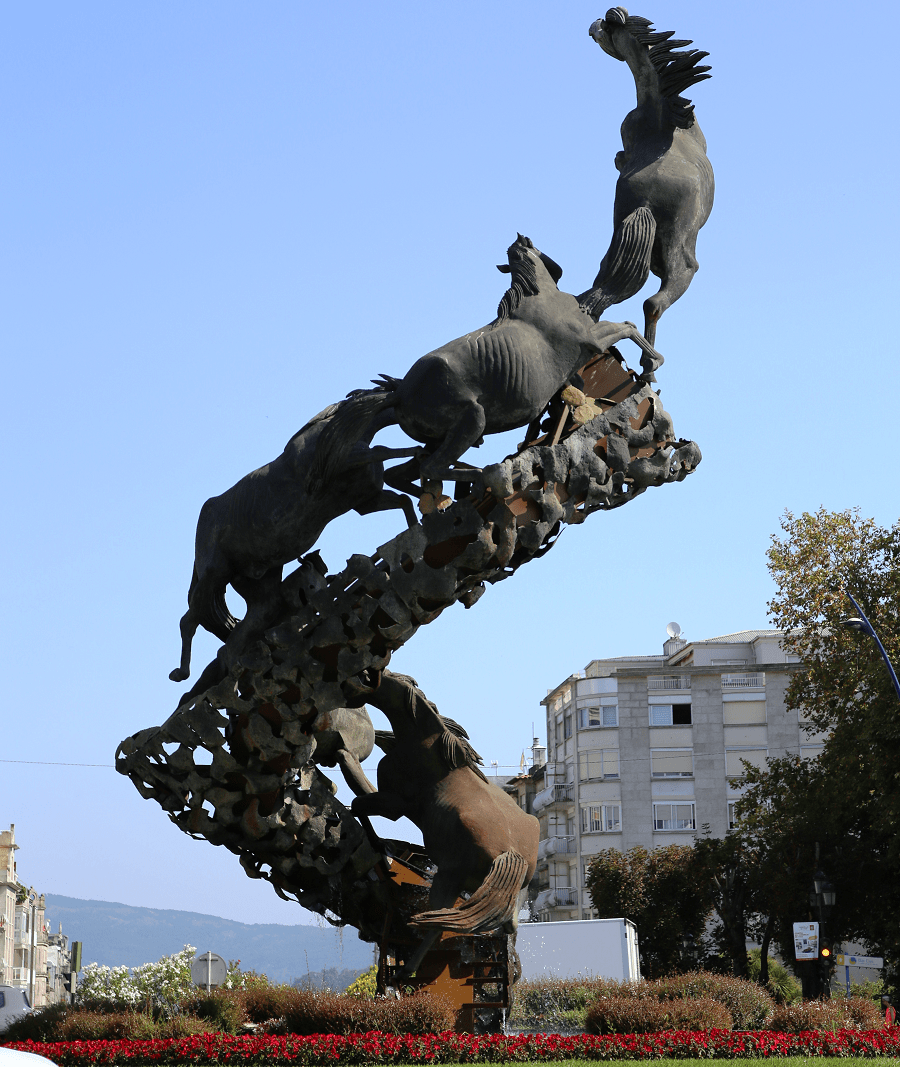 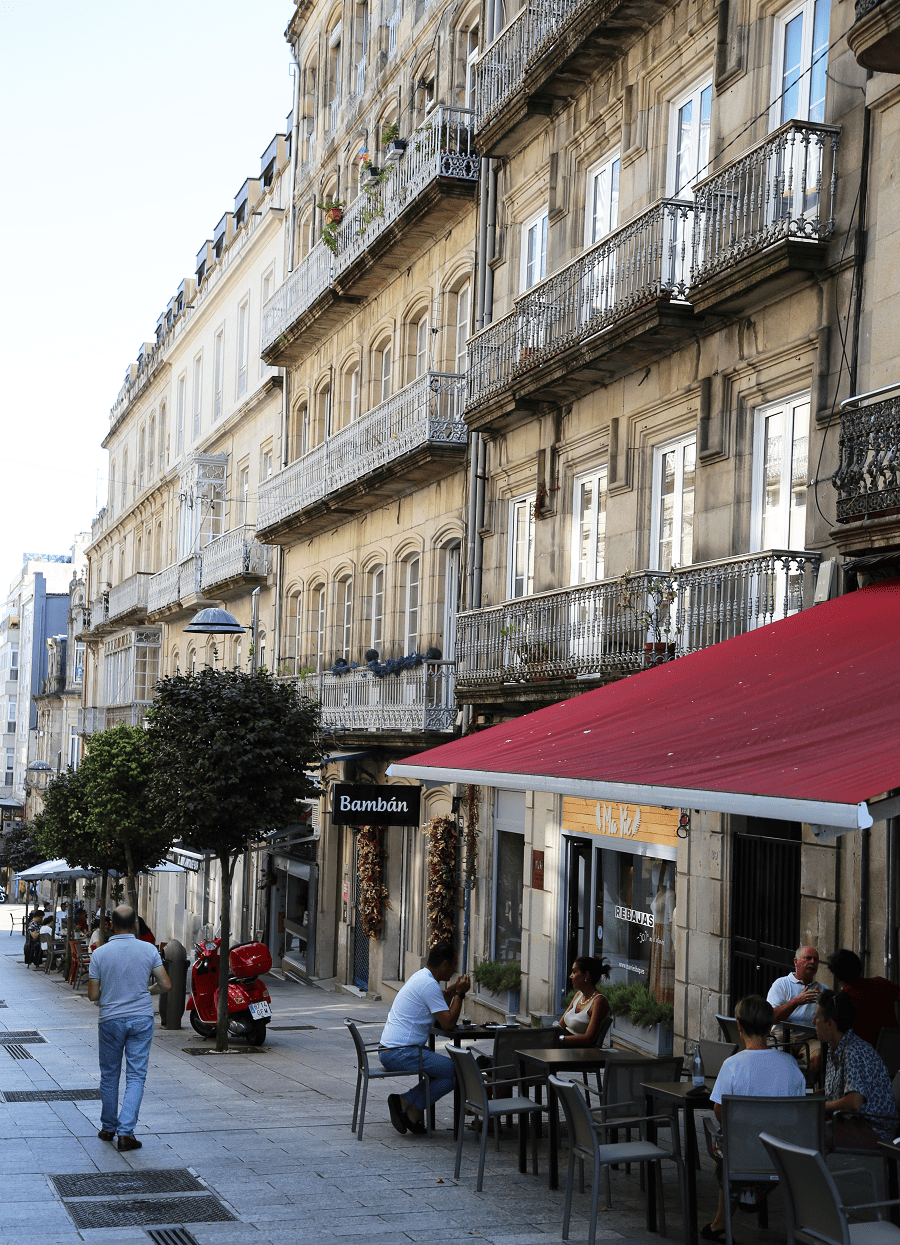 The municipality is a popular part of the Rías Baixas costa of the Atlantic resorts of Spain.

Throughout the municipality of Vigo there are 47 coves and beaches, including sandy areas with waves for water sports, wild coves, family beaches, nudist beaches and urban beaches. Some of these coves and beaches have various facilities or services for their users, such as sports areas, showers, footbaths, public address system, promenade, Red Cross lifeguard and rescue post, areas adapted for people with disabilities, etc. 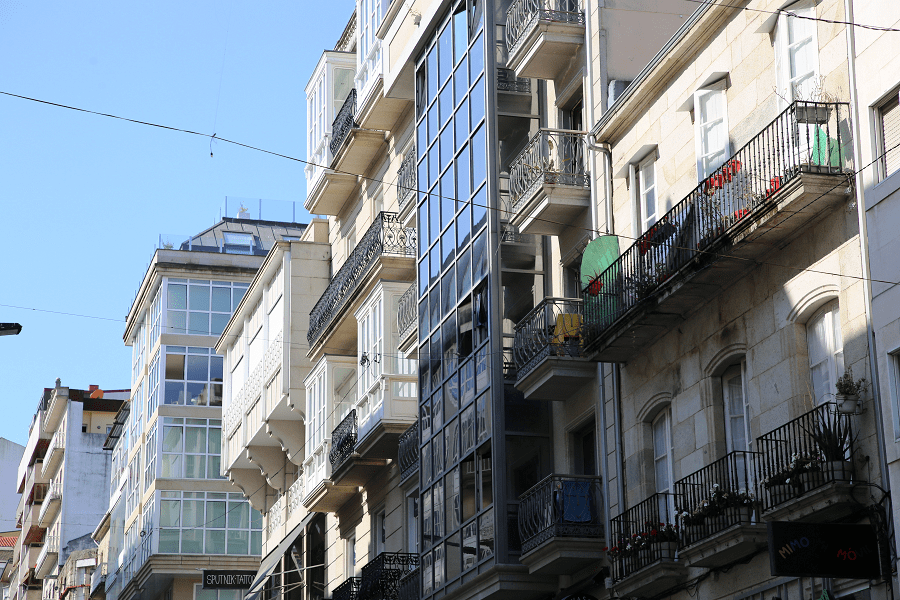 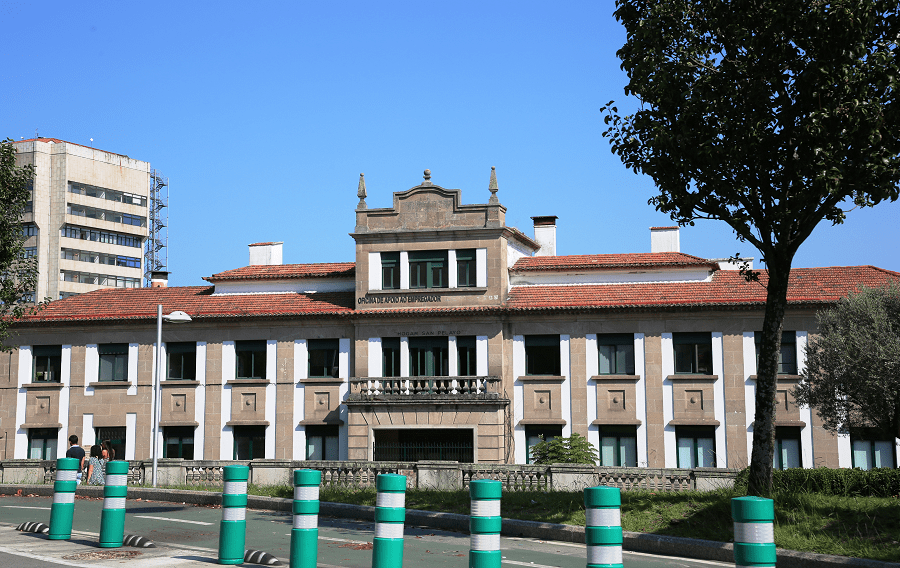 Vigo is served by Vigo-Peinador Airport (VGO/LEVX). Located to the east of the city of Vigo, straddling halfway the municipalities of Vigo, Redondela and Mos, it offers 7 domestic destinations.

The Urzáiz and Guixar railway stations serve Vigo, allowing direct connections to the rest of Galicia as well as to Porto across the border in Portugal. 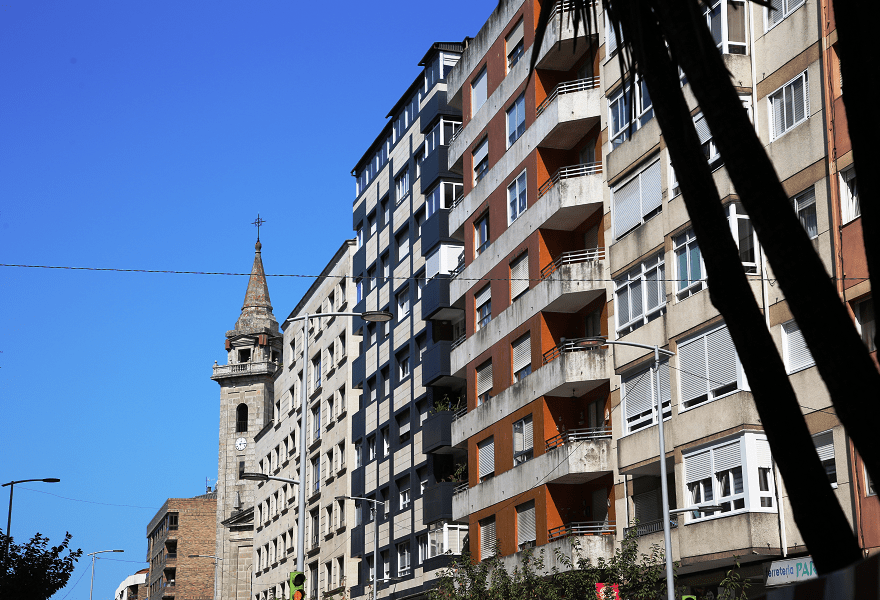 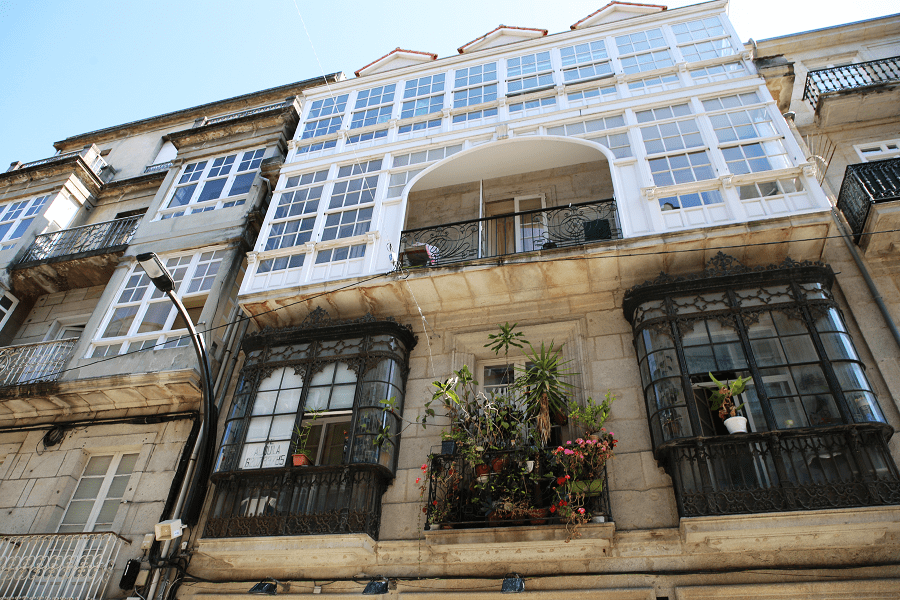