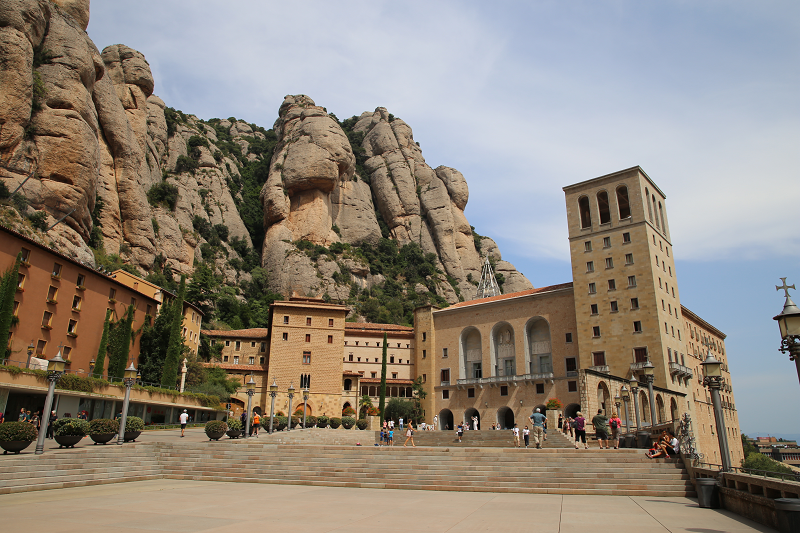 The Monastery of Montserrat is a Benedictine monastery, the spiritual symbol and religious center of Catalonia (Spain) and the center of Catholic pilgrims from all over the world. It is located at an altitude of about 700 m above sea level and about 50km northwest of Barcelona. The name of the monastery comes from the same mountainous terrain of Montserrat (“Cut mountains”).

The mountains, in general, have a limestone base, from which nature for millions of years has managed to create completely bizarre forms. Today, individual rocks have the same bizarre names, for example, the Mummy, bishop’s stomach or the Elephant’s trunk. 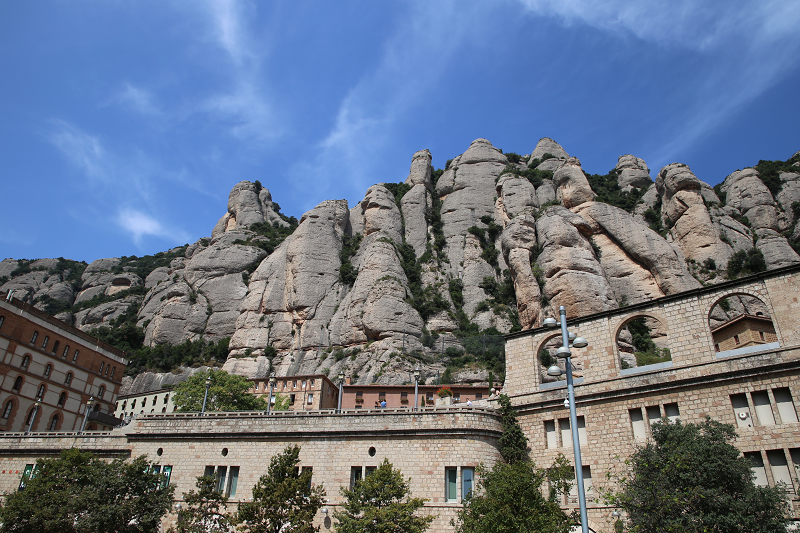 According to the Government of Catalonia’s decision in 1987, the whole nature park was declared a national park. The flora of the park includes about 1500 species of plants.

Today the monastery is a famous tourist destination and one of the symbols of Spain, where thousands of tourists come every day. 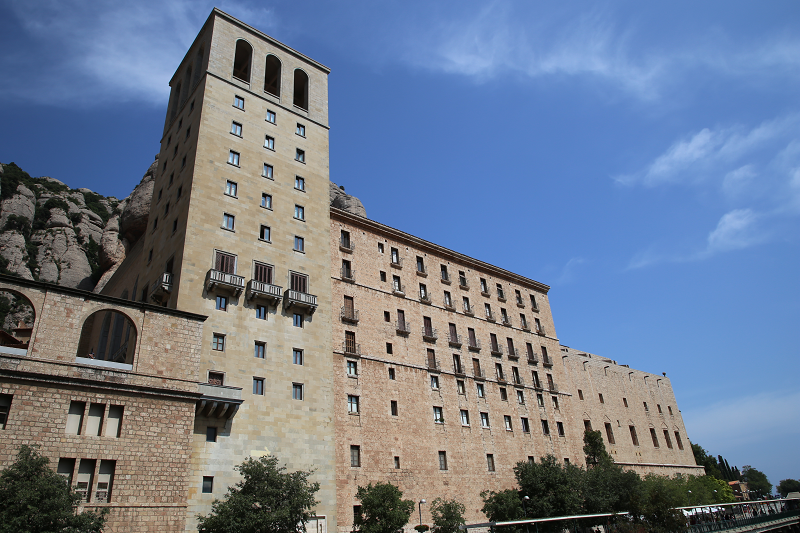 Since 2003, the Montserrat Monastery has been running the “Cremaya de Montserrat” railway line directly from Barcelona. 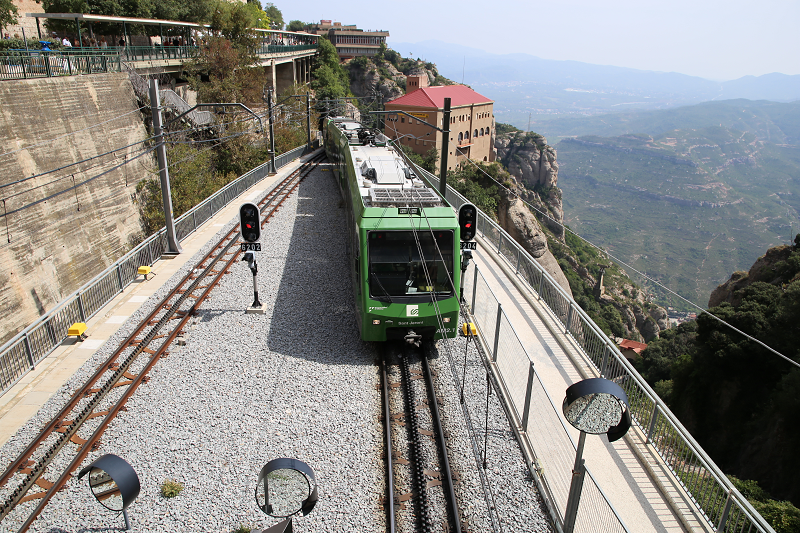 The history of Montserrat: the first mention of the monastery comes in 880. In the IX century, there were four monasteries, one of which was dedicated to the Virgin Mary. Only in 1025 was the Benedictine monastery built in the Romanesque style. By the XII century, a modern architectural ensemble of the monastery had appeared. During his second voyage, Christopher Columbus named in honor of Montserrat Monastery an island in the Mali Antilles archipelago, now a British colony.

In 1522, the pilgrimage to Montserrat was performed by the founder of the Jesuit order, Ignatius Loyola. In 1592, the consecration of a new cathedral, built in the Renaissance style with elements of the Gothic period, took place. The cathedral was large in size, especially considering that it was on a rocky cliff. In 1811 the monastery was set on fire and destroyed by the troops of Napoleon. From the original buildings, only the Romanesque portal of the cathedral and the remains of the Gothic chamber were preserved. For some time the Benedictine monastery was in ruins and desolation. In 1844, with the support of the Benedictine community and the Catalan population, the restoration of the monastery began, which took about a hundred years. 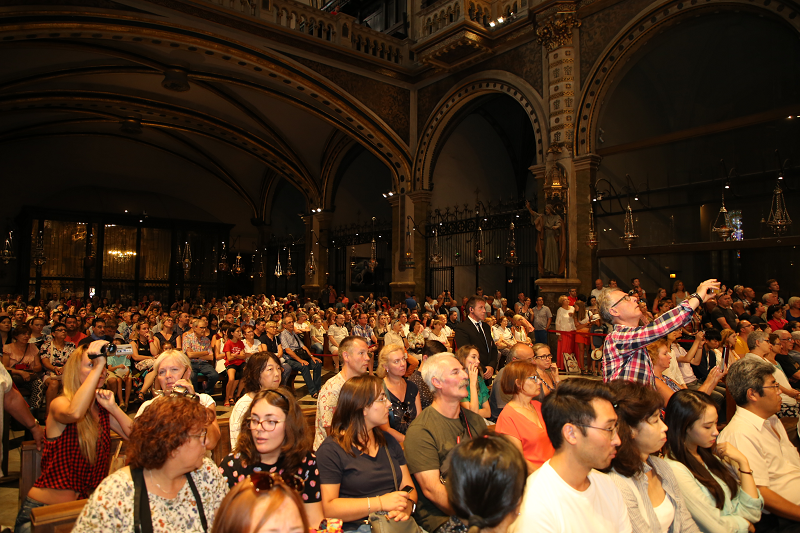 In the XX century, Montserrat became the most tangible symbol of Catalonia and a support during the difficult time in its history. Only in the walls of the Cathedral of Montserrat during the time of the Franco dictatorship, were services and marriages held in the forbidden Catalan language.

Cathedral (Basilica of the Virgin Mary of Montserrat) 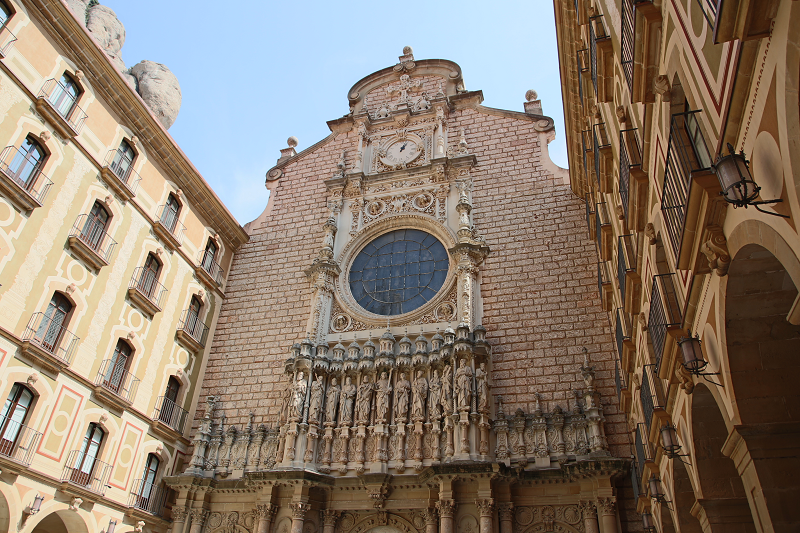 The interior of the restored monastery cathedral, which artists and sculptors of the XIX and XX centuries worked on, is a mix of several styles with a predominance of modernism. In 1881, Pope Leo XIII gave the title of Small Basilica to the Montserrat Cathedral. The altar is carved from rock and is richly decorated with enamel and silver. In the Throne Room, distinguished by its special splendor, since 1947 the statue of the Holy Immaculate Virgin Mary of Montserrat has been preserved. The throne of the Madonna of cast silver was erected thanks to national donations as a sign of reconciliation after the Civil War. Lamps for the Throne Room were donated to the monastery by various communities of the country. Antonio Gaudi took part in decorating the altar chapel of the cathedral. 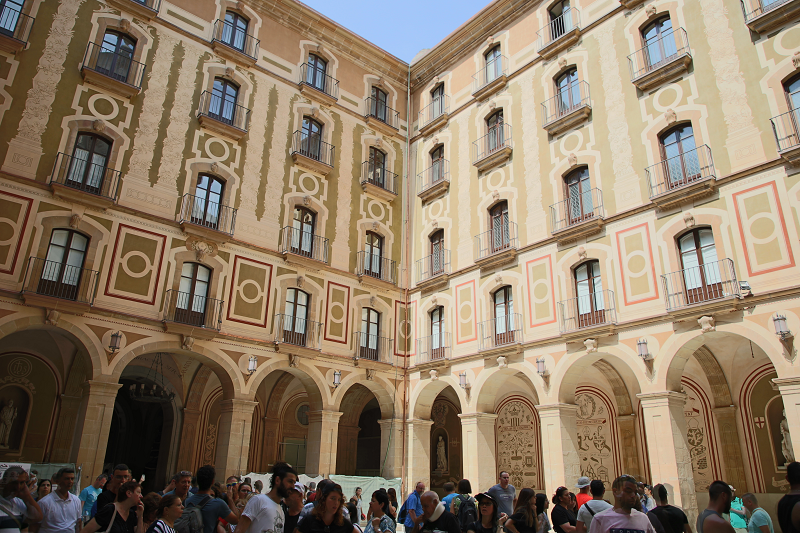 The Black Madonna (maiden) of Montserrat

In the monastery, there is a national shrine of Catalonia – a statue of Our Lady with a baby on her knees, dating from the 18th century, which attracts pilgrims from all over the world to the monastery.

Because of its dark color, the 95-centimeter statue of a black poplar in gold robes was called “Black Madonna”, and Catalans affectionately call it “La Moreneta”. Thanks to the care of the believers who hid it, the statue survived during the plundering of the monastery in 1811. The altar in the Throne Room rises to worship the patron saint of Catalonia, touching it with her hand.

According to legend, the miraculous statue of the Virgin Mary was found by settlers in one of the caves in the time of the Reconquista.

In honor of the Madonna of Montserrat, Madonna named Montserrat (abbreviated Montse ) in Catalonia are called girls. This name is, for example, has the famous soprano Montserrat Caballe.

Currently, the monastery is functioning, and there are also exhibitions of monks’ work. The museum has 6 main expositions: 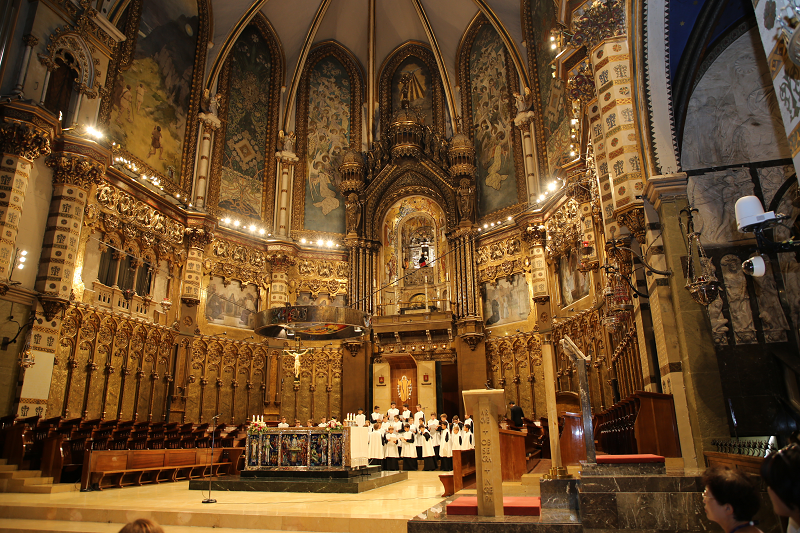 Escolania de Montserrat is one of the oldest children’s choirs in the world. There are documents confirming its existence in the XIV century. At the same time, the first images of a group of choristers were made in tunics, which today still give uniqueness to the appearance of the choir. The choir consists of 50 children, from 9 to 14 years old.

How to get to Montserrat?

The Monastery of Montserrat can be reached independently without buying sightseeing tours. To do this, you can rent a car (preferably with a GPS-navigator) and drive along the C55 or A2 along the Barcelona-Montserrat route.

The second option is to get to the monastery by train and cable car. For example, from Barcelona’s Plaza de España to Aeri De Montserrat by the FGC train on the R5 line towards Manresa. Then you can change to the cable car, which offers a picturesque view of the mountains. At the ticket offices, you can buy a combined ticket, which will include several trips by train or funicular, as well as the subway. The price depends on the type of ticket.