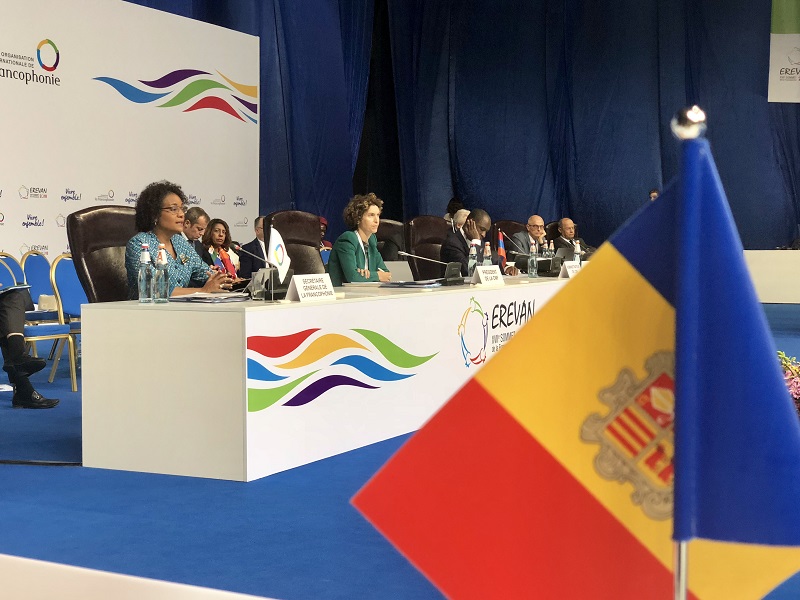 The 17th Summit of Francophone Heads of State and Government will take place in Yerevan (Armenia). The Minister of Foreign Affairs of Andorra, Maria Ubach, attended the 35th Ministerial Conference of La Francophonie that precedes this summit. During her speech, she defended “an inclusive and effective multilateralism to guarantee the rule of law, equality between citizens and to fight against the withdrawal of societies. ”

Her speech was part of the theme of the summit, which was “living together in solidarity, sharing humanistic values and respecting diversity, a source of peace and prosperity for the Francophone community”. The minister emphasized the important role of education for democracy. The green economy and the protection of the environment were also at the heart of her intervention.

Maria Ubach also noted the progress made in Andorra in the area of gender equality and the coherence of actions carried out both in Andorra and internationally. She noted the importance of promoting corporate actions to ensure women’s participation in decision-making and equal pay.

Equality between men and women, rights and empowerment of women and girls are themes that have been addressed in the strategy of La Francophonie. This strategy is the result of the last summit held in 2016 in Madagascar.

Antoni Martí, the Andorran head of government, will attend the XVII Francophonie Summit next Thursday and Friday.