Jaca (in Aragonese Chaca or Xaca) is a municipality and city in the province of Huesca, capital of the Jacetania region in the autonomous community of Aragón, Spain, Pyrenees. It was the capital of Aragon until 1097 and also the capital of Jacetania. 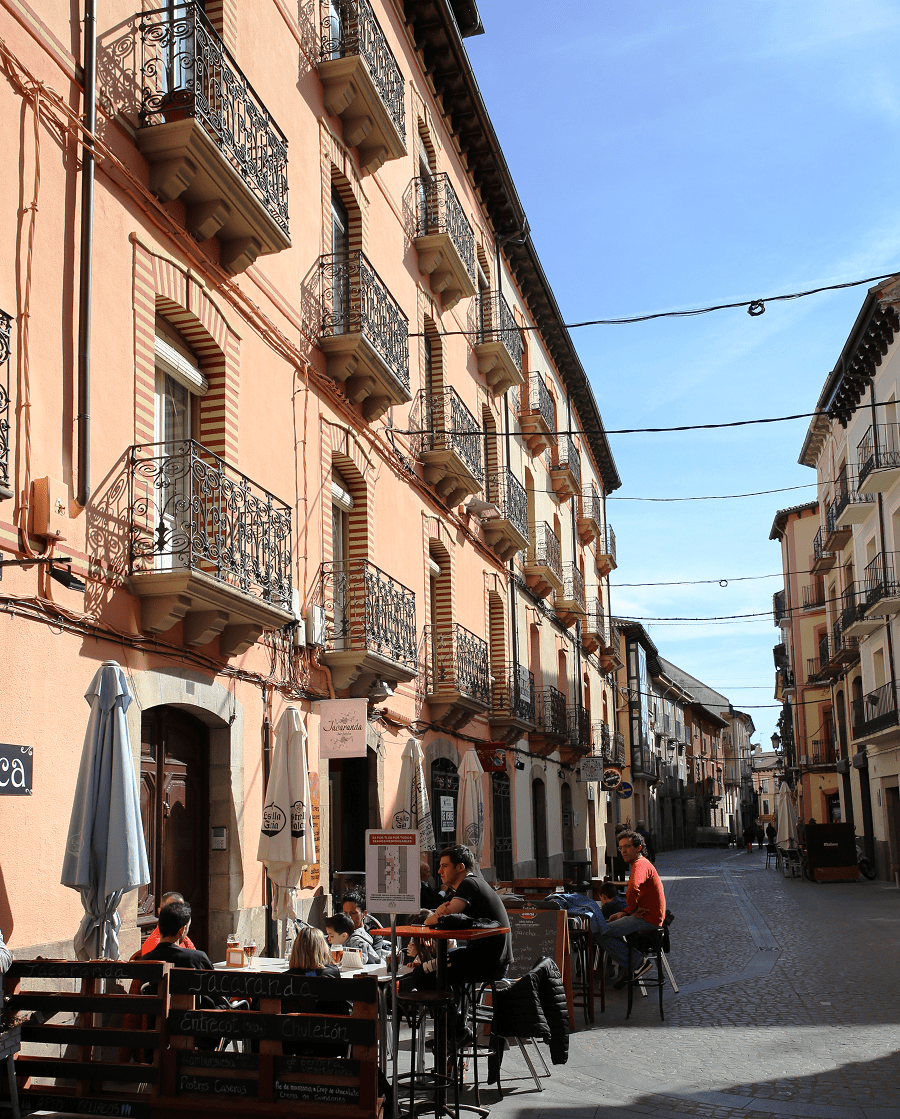 The Cathedral of St Peter the Apostle (Spanish: Catedral de San Pedro Apóstol) is a Roman Catholic church, the seat of the Roman Catholic Diocese of Jaca. 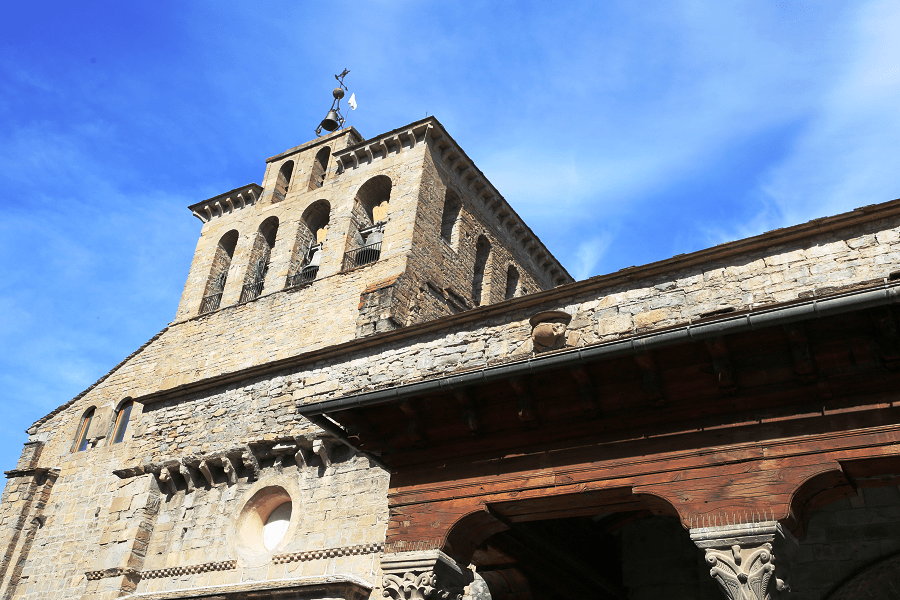 It is the first Romanesque cathedral built in Aragon (early 12th century) and one of the oldest in the Iberian peninsula. Its current appearance is the result of later additions and modifications introduced especially in the early modern period (from the late 15th to late 18th century). 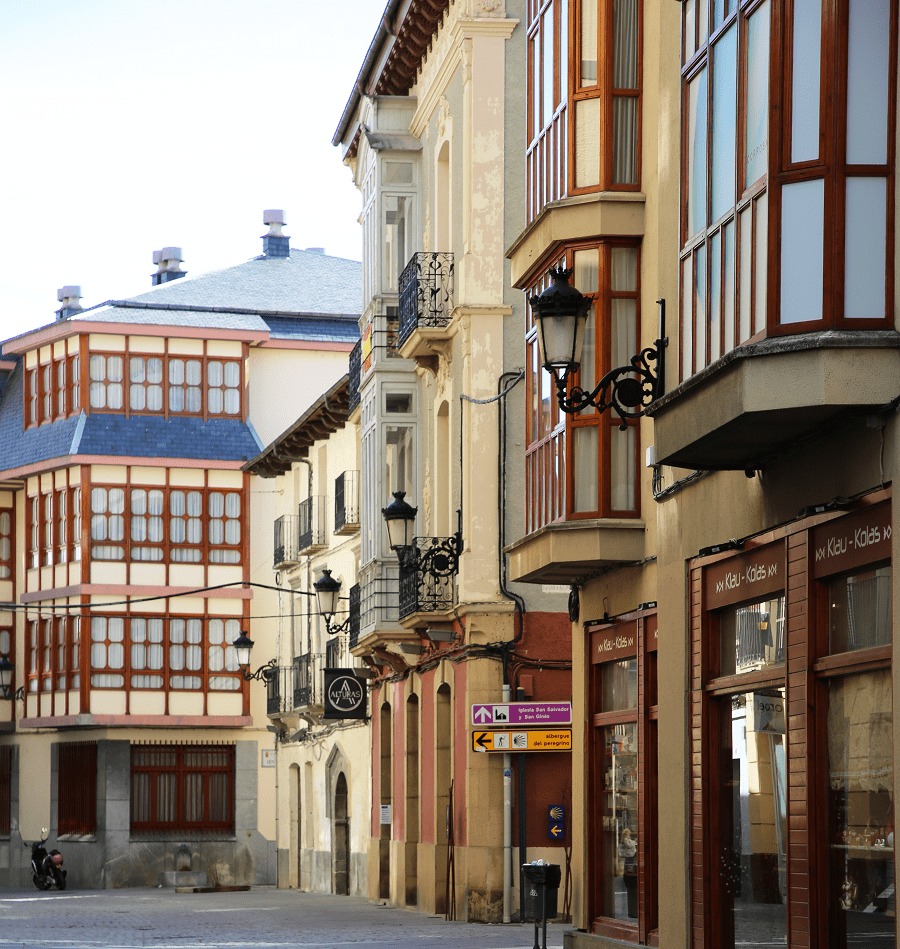 The cathedral was erected on command of King Sancho Ramírez, who, after renovating in Rome his vassal oath to the Pope Alexander II (1068), had obtained from the latter the right to establish the episcopal seat in Jaca, then capital of the Kingdom of Aragon. 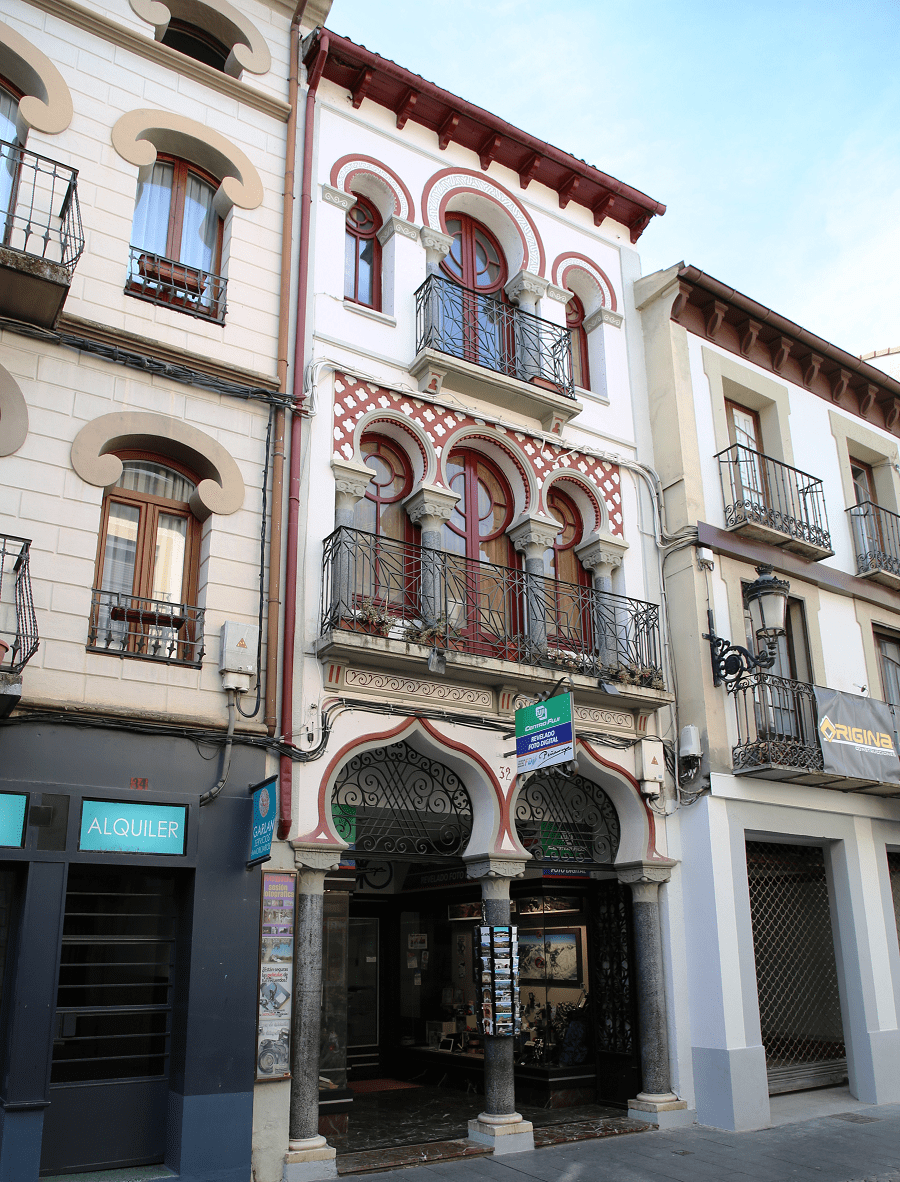 Among the churches of Jaca, the Iglesia del Carmen stands out. It is the only construction that remains of the old convent of Nuestra Señora del Carmen that the Discalced Carmelites founded in the city. Built in the first half of the 17th century, it has a Latin cross plan with chapels on the sides of the altar and two on each side of the nave. 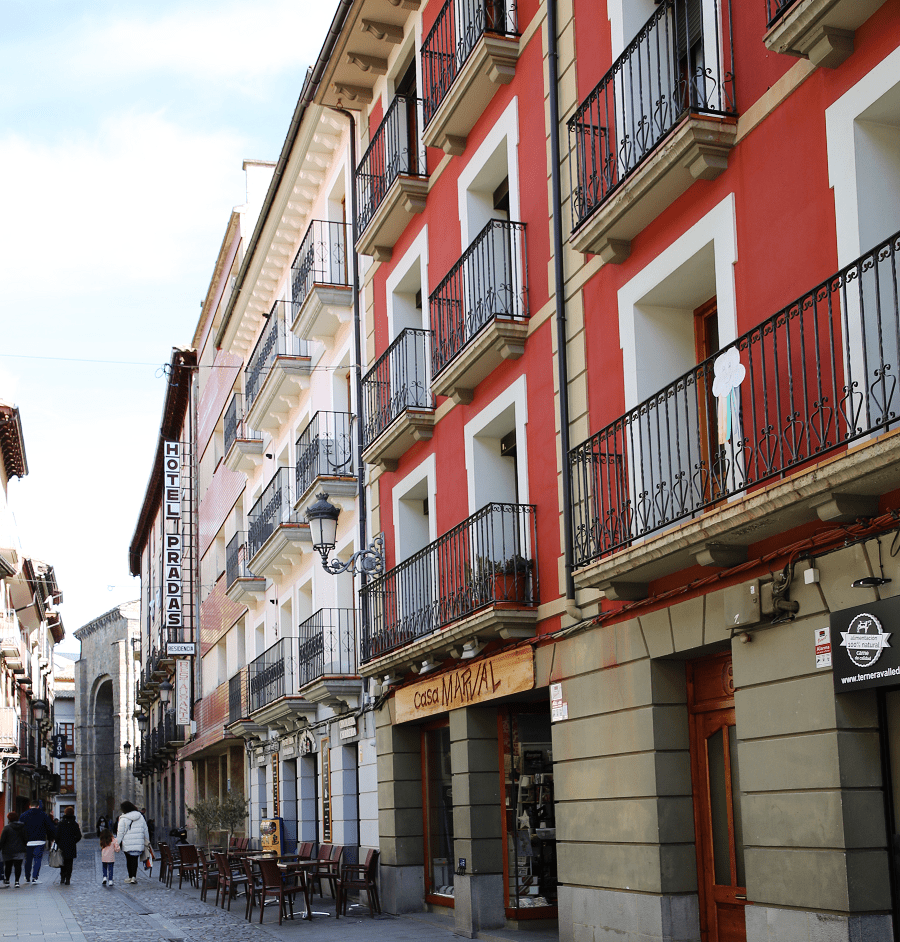 Another notable temple is the church of Santiago, also known as “Santo Domingo” since, between 1614 and 1835, it functioned as the church of the convent built by the Dominicans.

The Royal Monastery of the Benedictines —popularly known as “Las Benitas”— was founded in 1555. The monastic building follows a sober Renaissance style. The most valuable piece of the monastery was the sarcophagus of the Infanta Doña Sancha, daughter of Ramiro I and sister of Sancho Ramírez, both kings of Aragon, which is now in the Diocesan Museum. 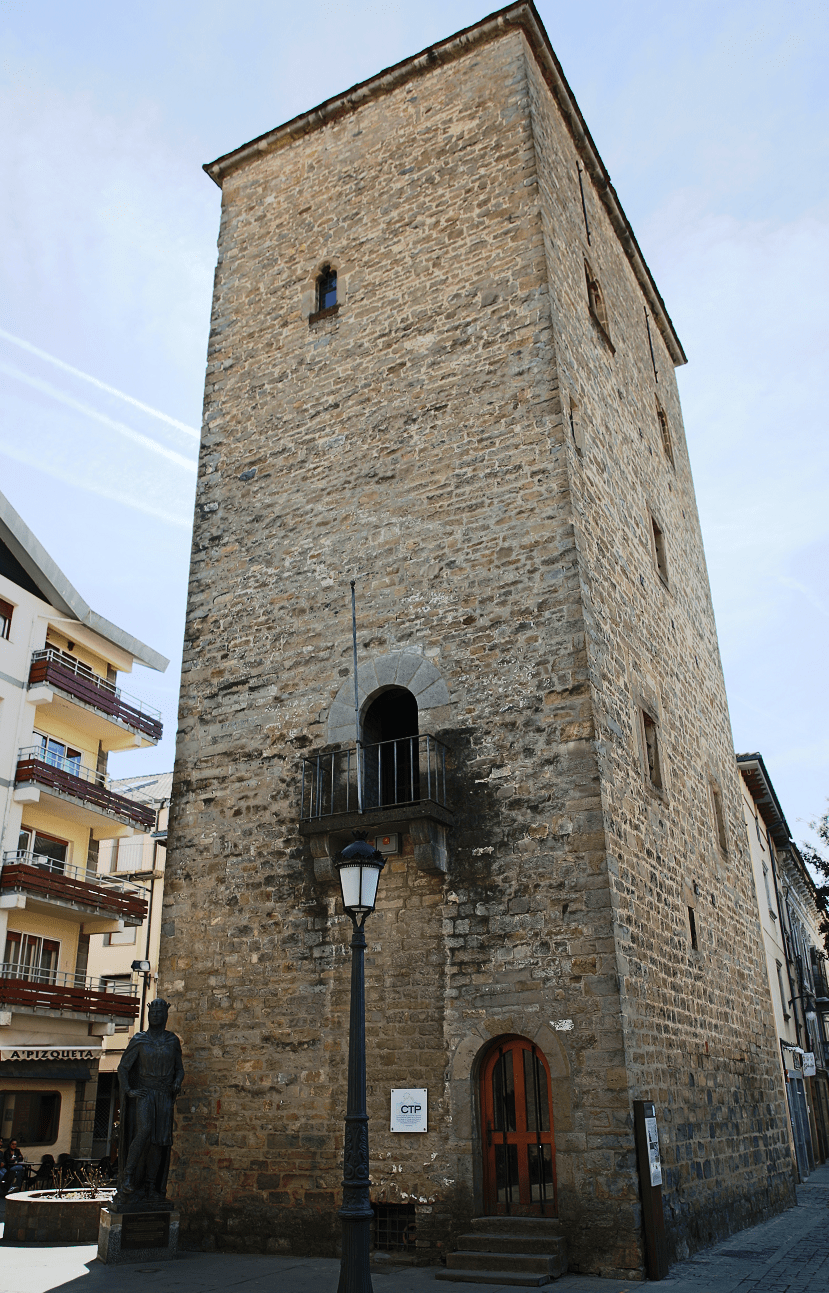 Among the hermitages of Jaca, the hermitage of La Victoria, located on the outskirts of the city, is intimately linked to the legendary victory over the Muslims, a victory commemorated in the festival of the first Friday in May.

The hermitage of San Cristóbal, located at the entrance to Jaca, is a simple construction with a single nave and its interior houses an altarpiece presided over by the owner, San Cristóbal; founded by Francisco Villanúa in 1776, it replaced an earlier one —known as San Cristóbal el Viejo— located on the opposite bank of the river. 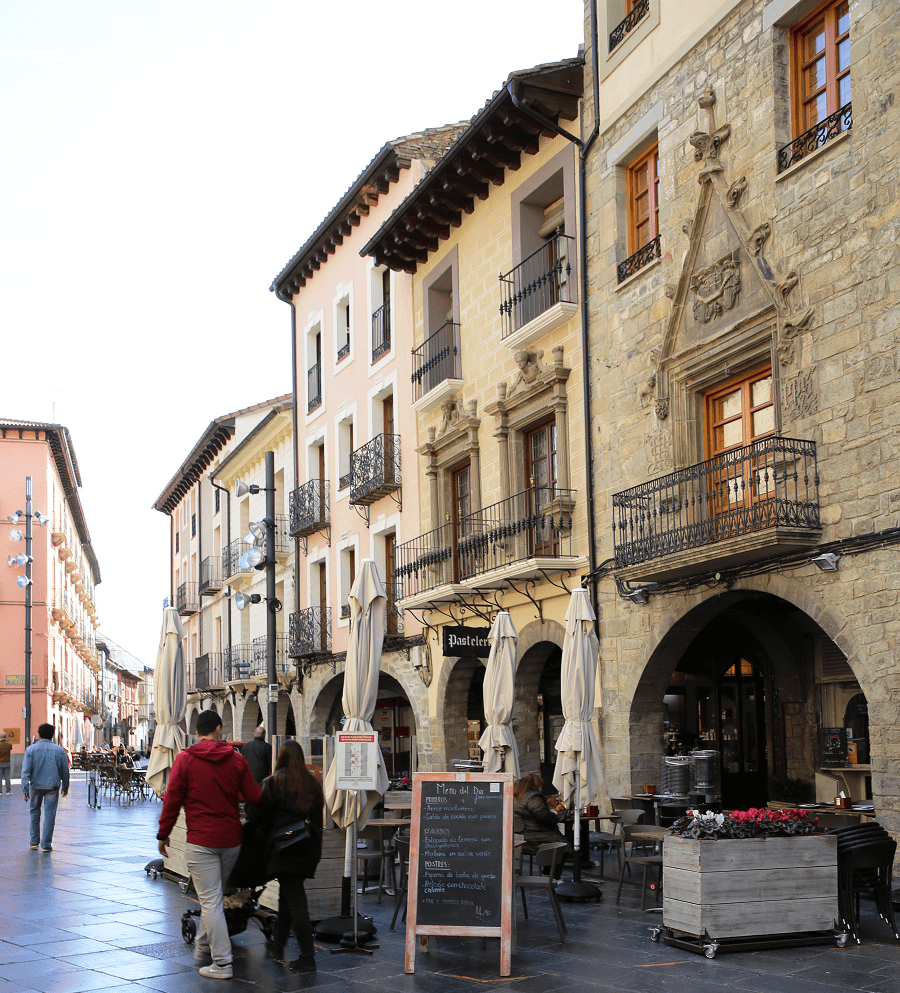 Another hermitage, that of Sarsa, is a rural Romanesque work, moved to Jaca from its original location on the slopes of Mount Oroel.

The Castle of San Pedro or Citadel of Jaca is the only fortification of this type that is completely preserved in Europe. It was declared an artistic monument on June 28, 1951 and has been restored since 1968. 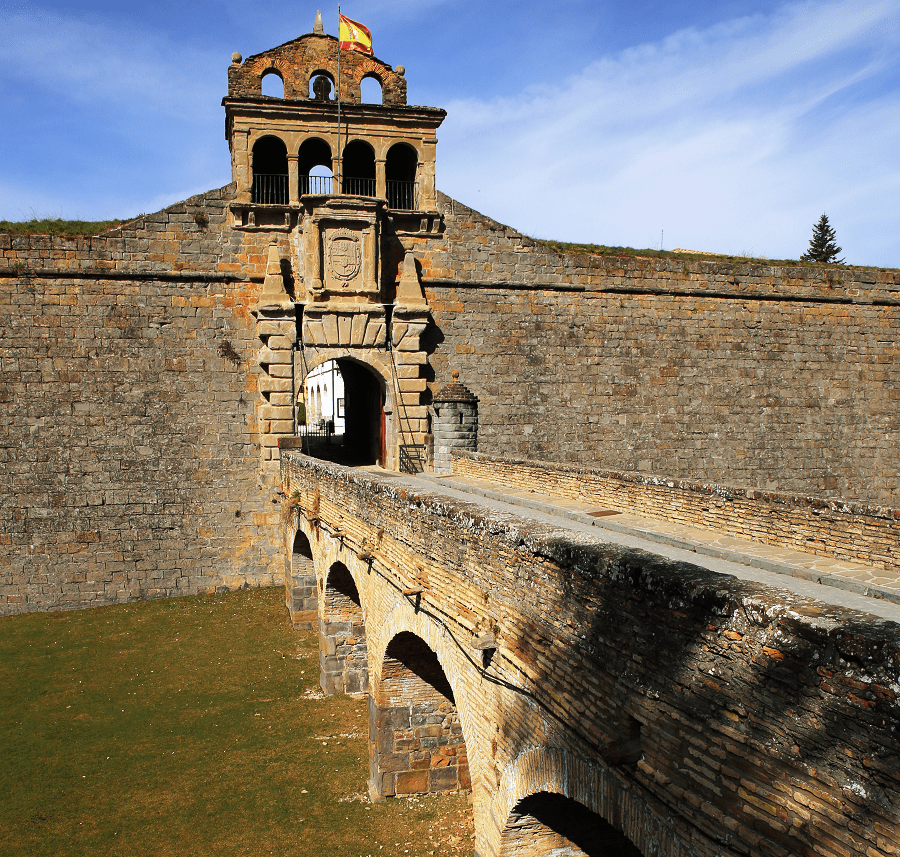 One of the Citadel barracks houses the Museum of Military Miniatures. Its rooms house a collection of more than 35,000 lead figures that are exhibited in 23 thematic settings that recreate unique battles in the history of humanity. There is also a room dedicated to the army’s mountain units, as well as a temporary exhibition room. 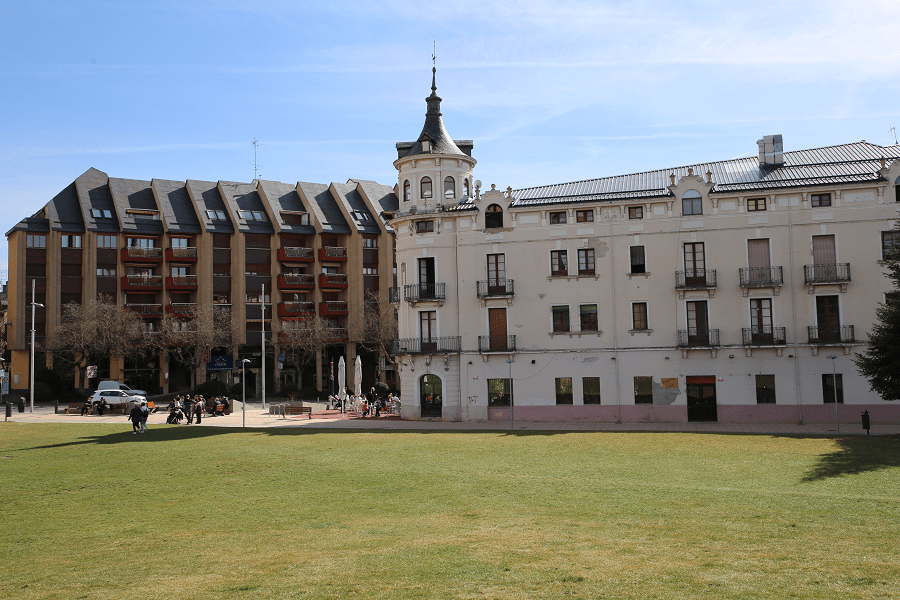 The Clock Tower, also popularly known as the Jail Tower, is an interesting Gothic civil building built in 1445. It received both uses since the Council of Jaca bought it in 1599 to place the clock-bell tower that would mark urban life and in 1602, it became the city jail. The entrance door is located on the north face and consists of a semicircular arch. It is currently the headquarters of the Pyrenees Work Community. 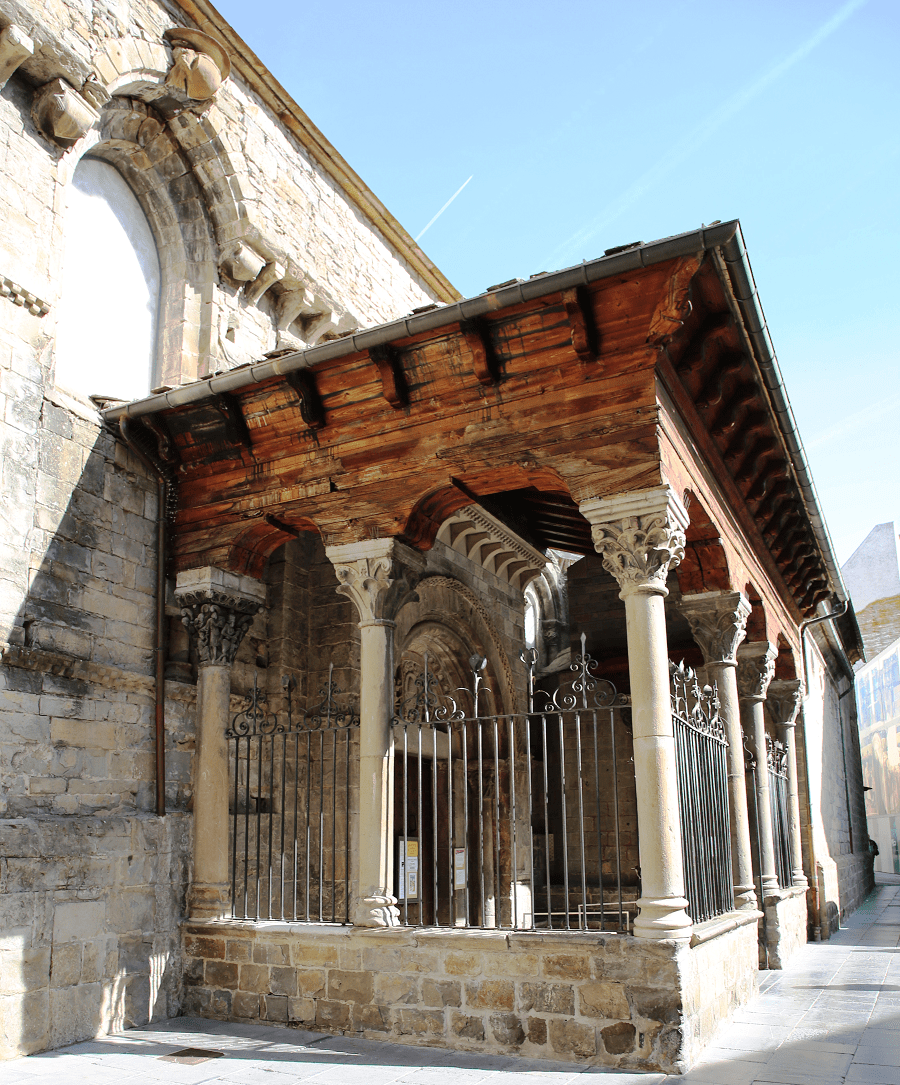 Jaca is a tourist destination in the region for summer holidays and winter sports.

Starting in the early 1970s, the city was transformed from being a small provincial and garrison town to become the gateway to a mid-tier mountain sports area with two major winter resorts (Astun and Candanchu) within a 30 km drive of the city. 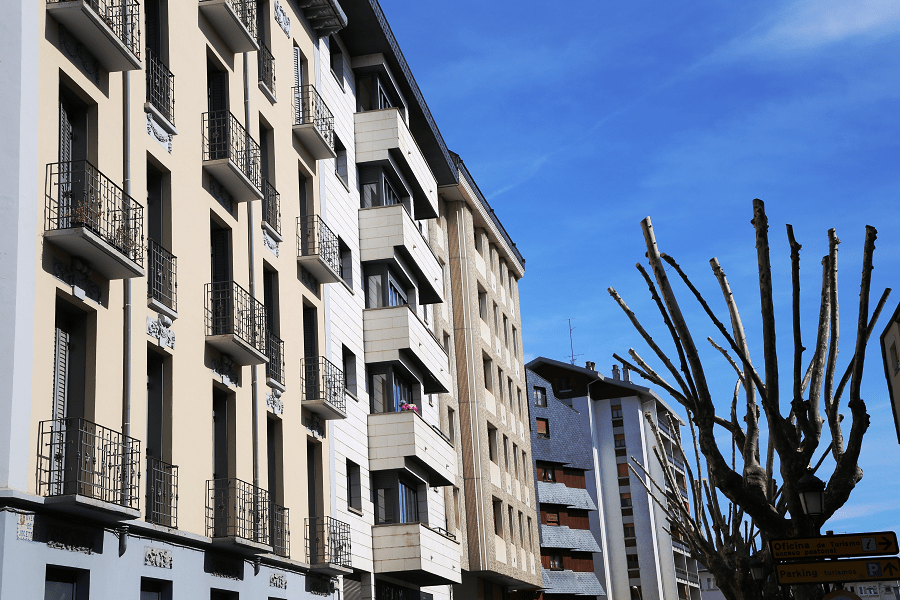 The accompanying urban and infrastructure development in the 1970s and 1980s was controversial, with many claiming that the town lost a lot of its original charm and authenticity to the interests of developers. 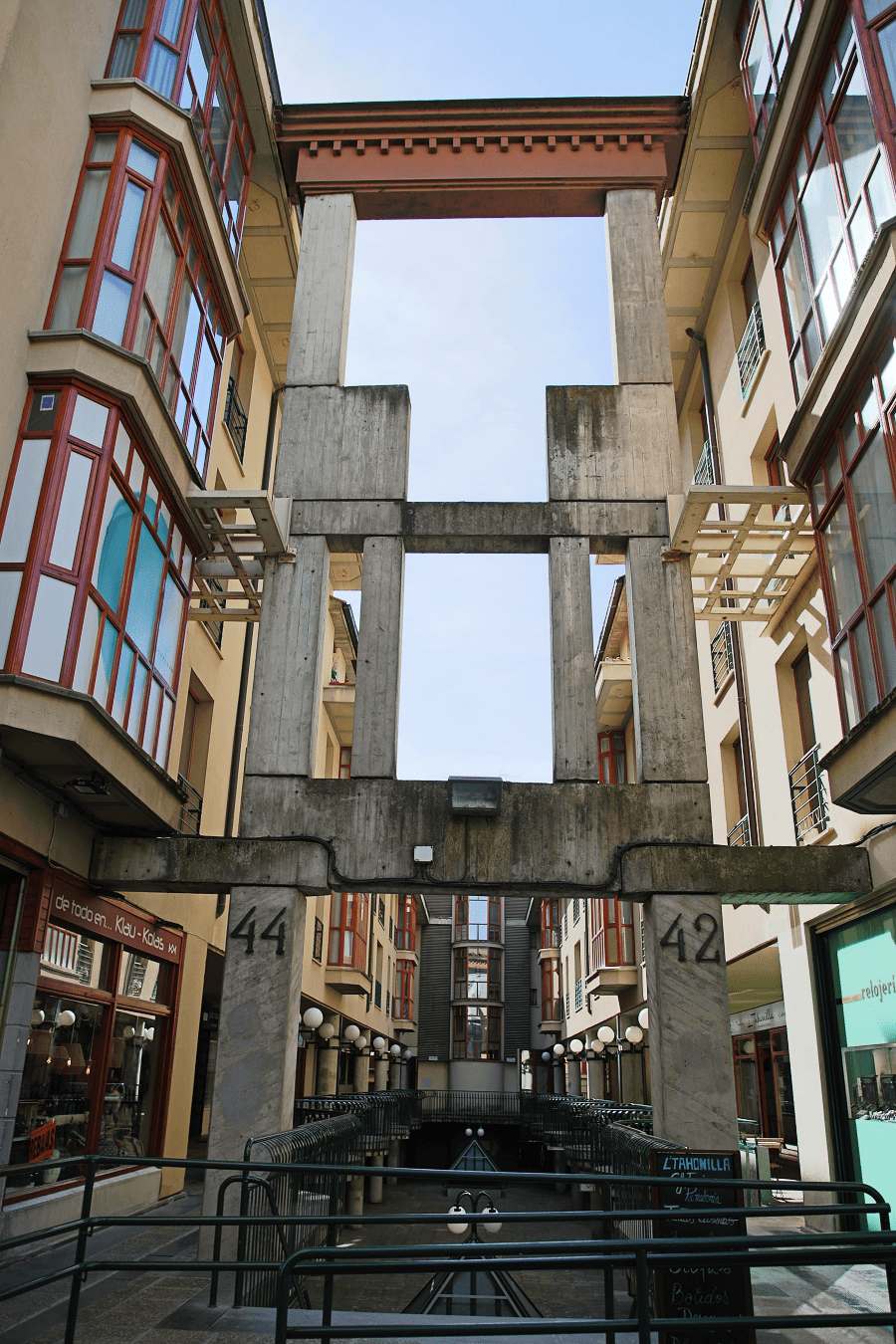 The development experienced by the city, with the construction of a nationally known ice-skating rink (the Pista de Hielo del Pirineo), a small convention centre (the Palacio de Congresos) and countless second residences had a profound impact on the economy of the Valley (Valle del Aragon), where many of its inhabitants evolved from small-scale subsistence farmera in Jaca and the surrounding villages, to become part of a tertiary economy. 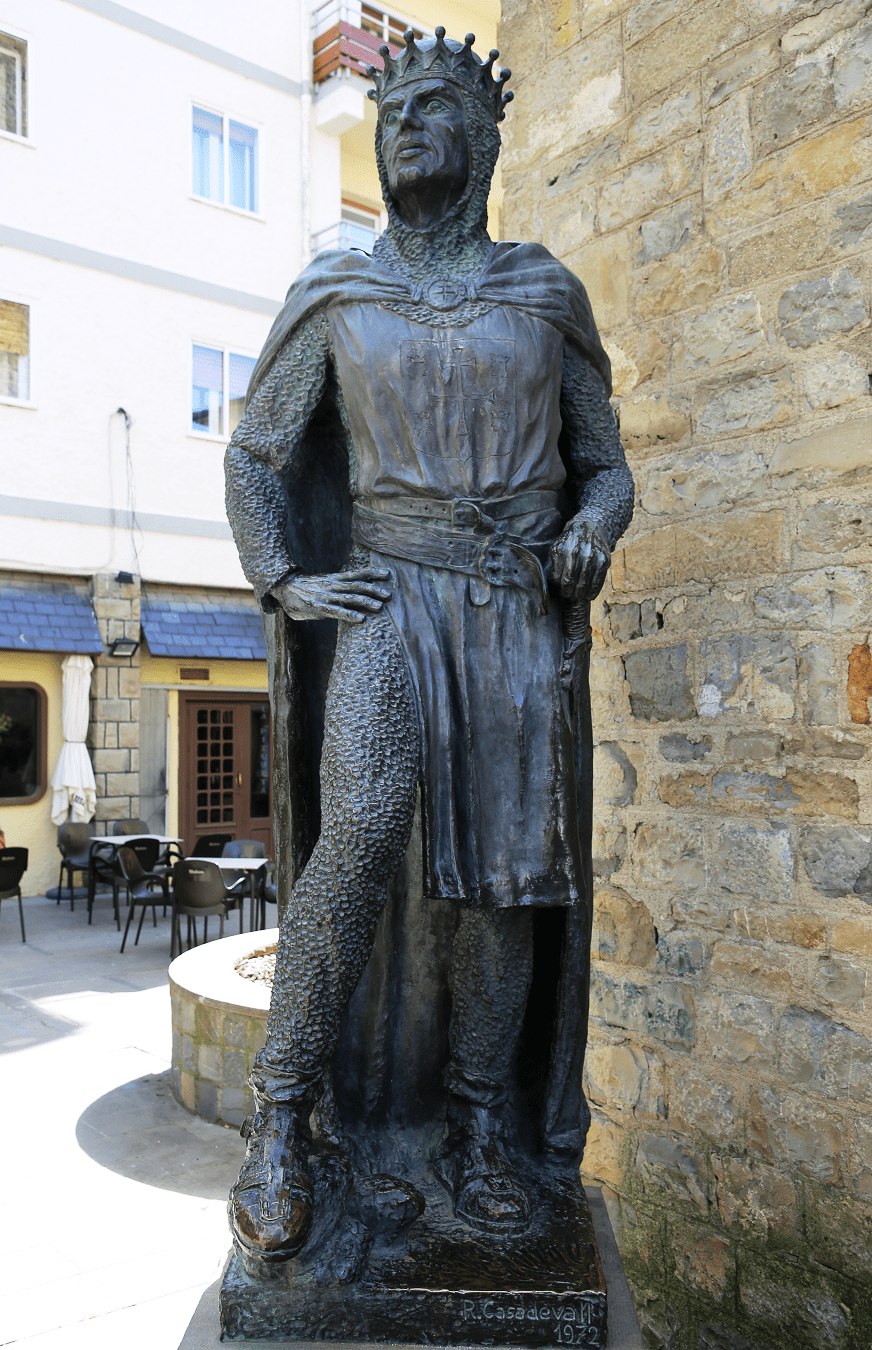 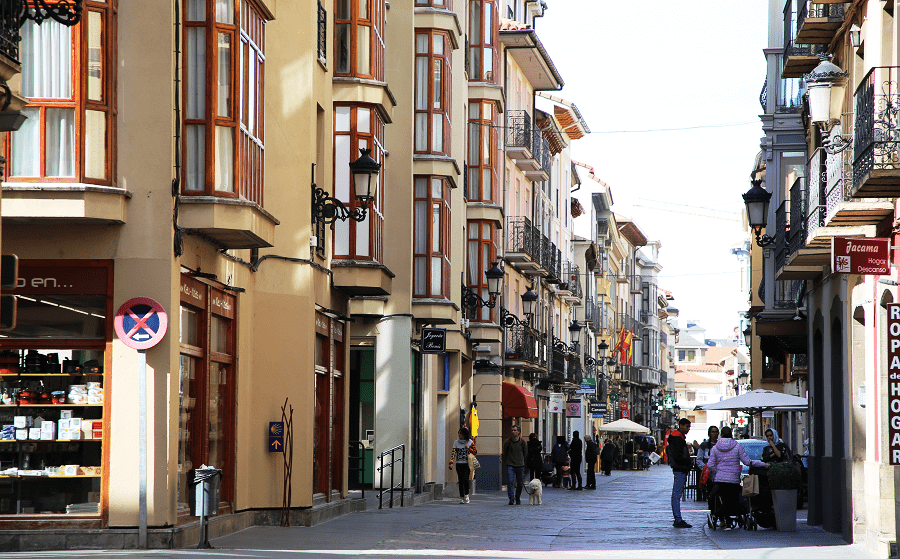 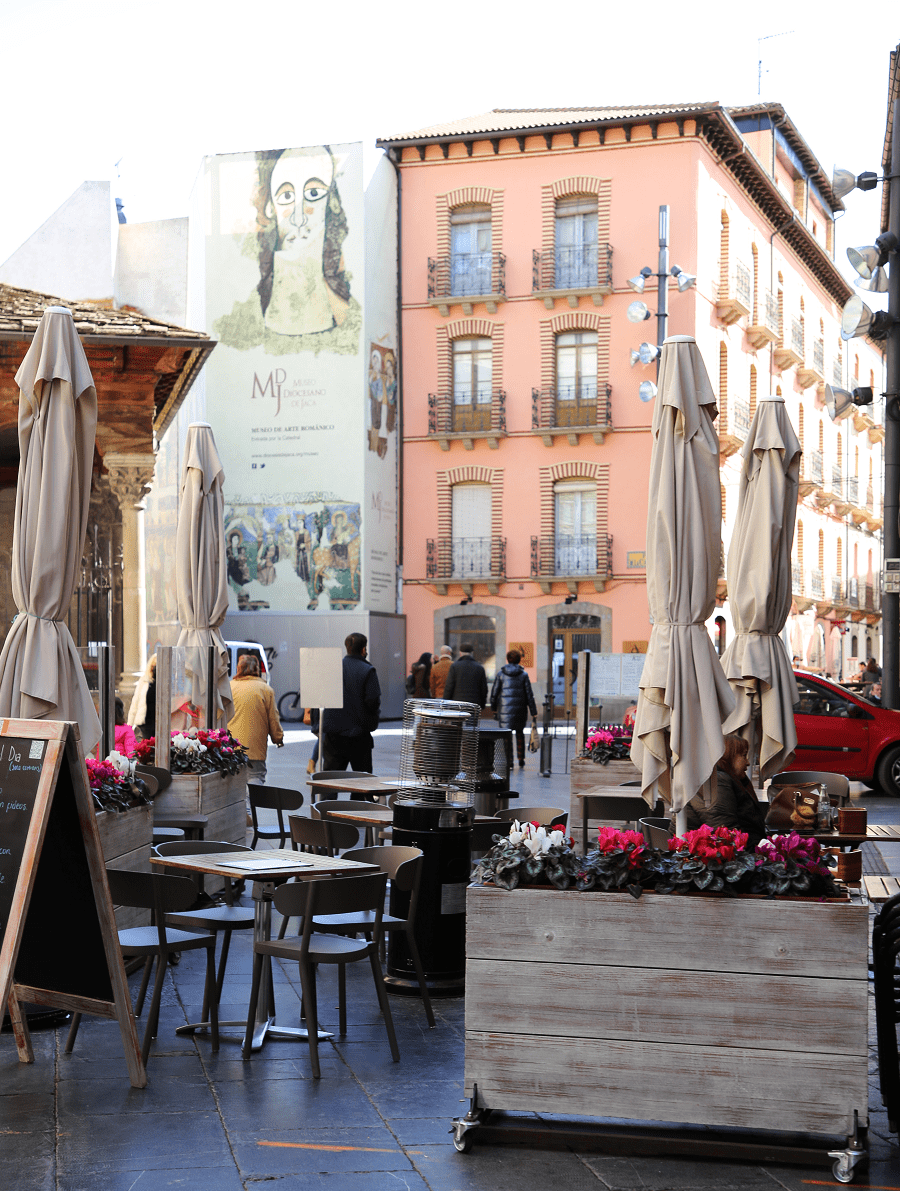 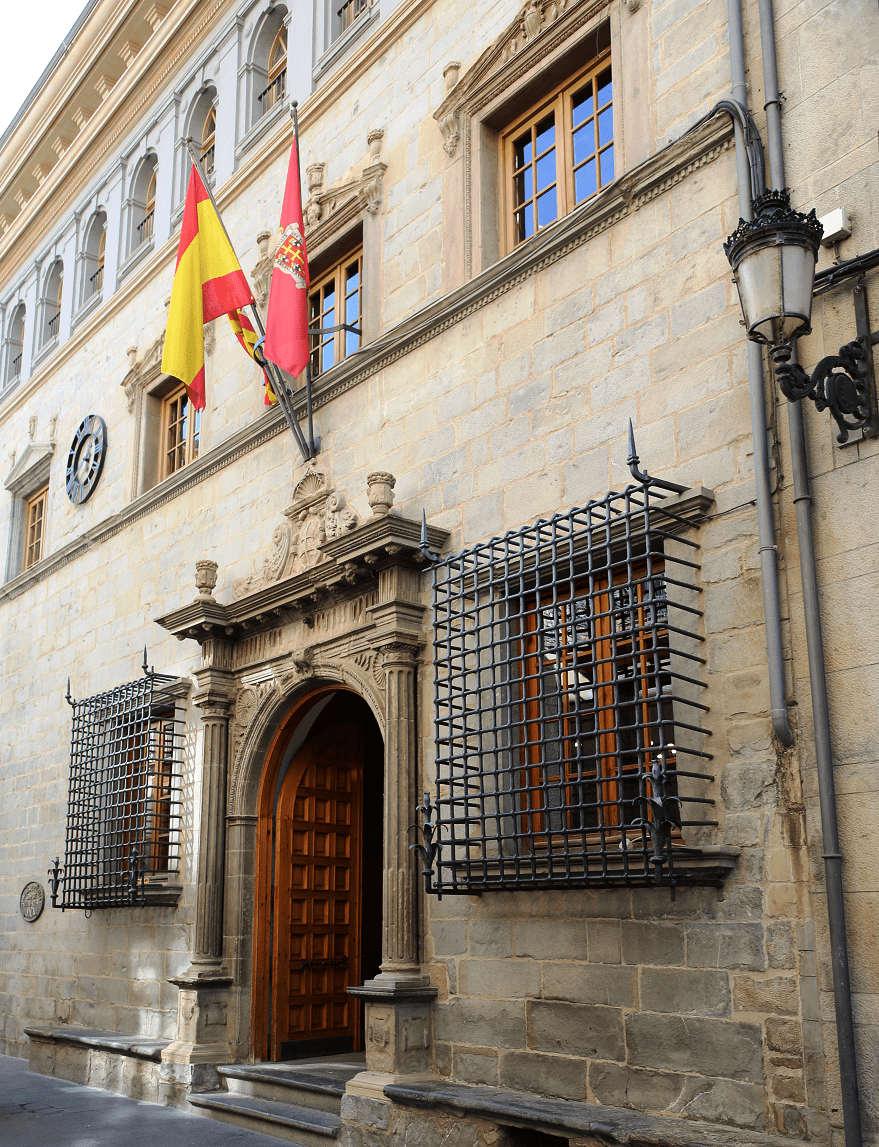 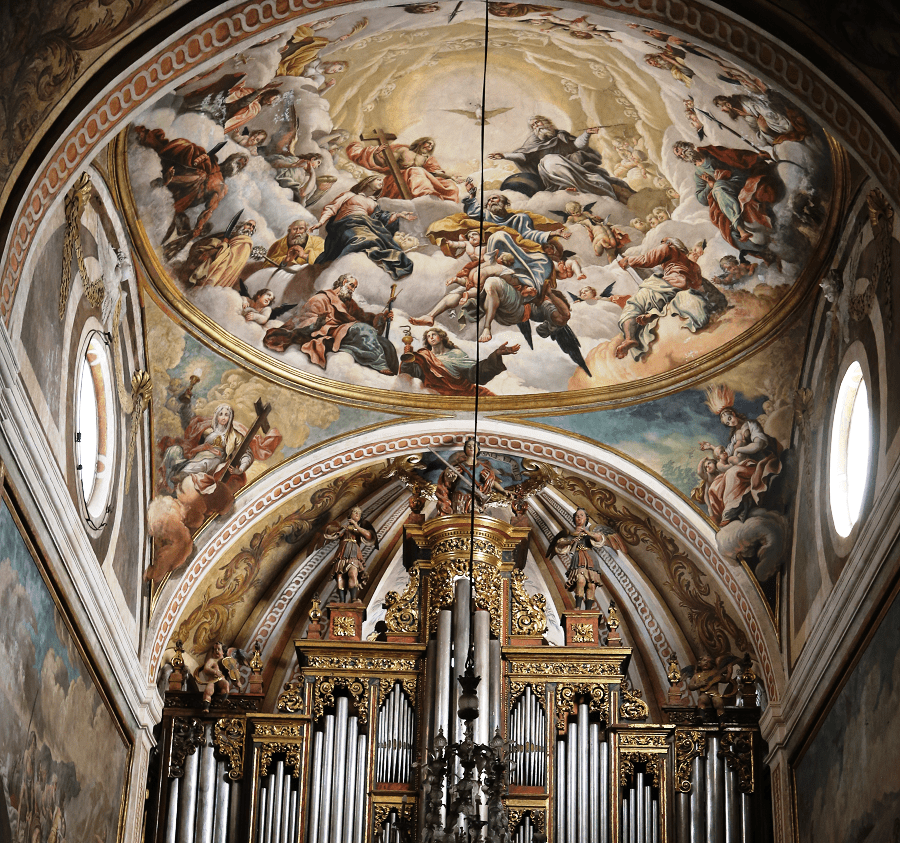