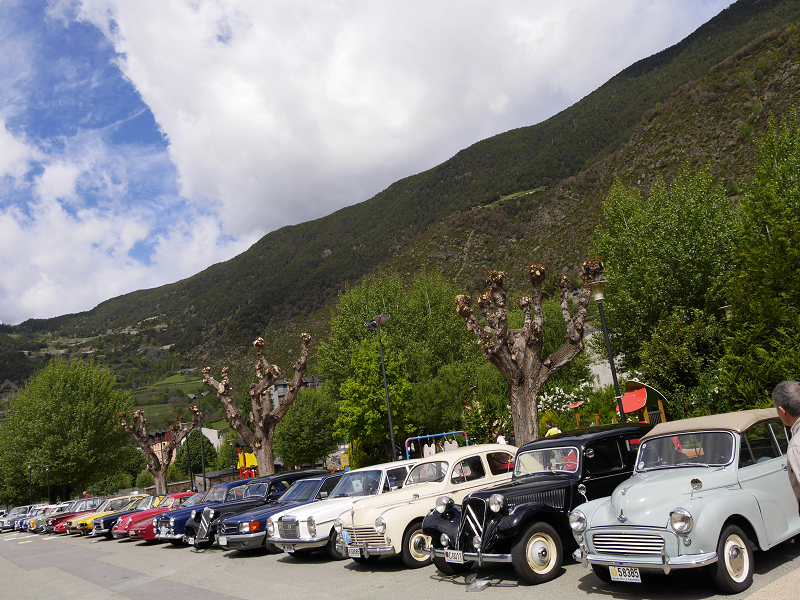 As planned, not less than 100 vehicles from private collections around the world will take part in the rally. The age of cars, accepted to participate in the rally, must be at least 30 years old. Louis Dejuan emphasized the fact that Andorra was able to hold such kind of event efficiently and successfully, already having the experience of organizing the rally of classic motorcycles.

The “Fédération Internationale des Véhicules Anciens” (FIVA) was founded in 1966 in response to an idea formulated by a handful of organisations representing the interests of historic vehicle enthusiasts within a number of different countries. The founders felt that the time had come for an international body to promote and guide the interests of the historic vehicle movement throughout the world. At present FIVA can boast over 85 member organisations in more than 62 countries throughout the world, which in turn represent more than 1.500.000 historic vehicle enthusiasts.

FIVA’s primary objective is to encourage the safe use of self-propelled, mechanical vehicles, more than thirty years old, on the roads for the benefit of both their owners, dedicated enthusiasts and the general public.