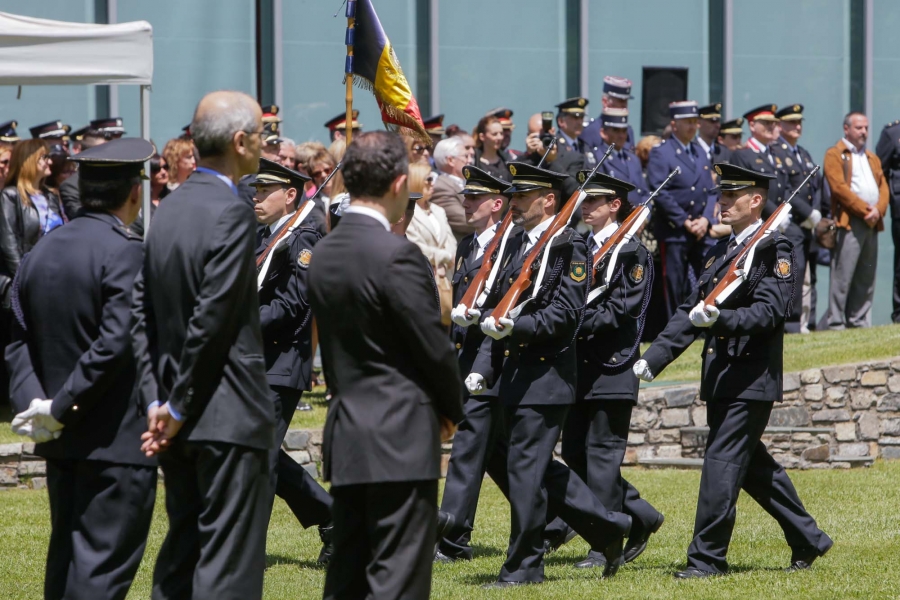 Crimes number in Andorra last year was reduced by 5.5%. These figures were announced by the minister of internal affairs of Andorra Xavier Espot during his speech on the occasion of the celebration of the Saint patron of police Maria Auxiliadora. In particular, the fall of indicators touched the sectors as criminal crimes against property ( – 8.9%), against collective security ( – 4.3%), against the inviolability of private life and housing ( – 93%), crime against human health ( – 75%).

The Director of police of Andorra Jordi Moreno, in his turn, announced further investments in material and human resources. Regarding the first half of 2016, it has already been allocated almost € 1 million for the upgrade of the police autofleet and the purchase of new uniforms (including bullet-proof vests) for police officers. This figure exceeds by 88% the same indicator of the last year.

Antoni Martí also announced the release of the Code of professional ethics and the responsibility of the police, which may appear next year.