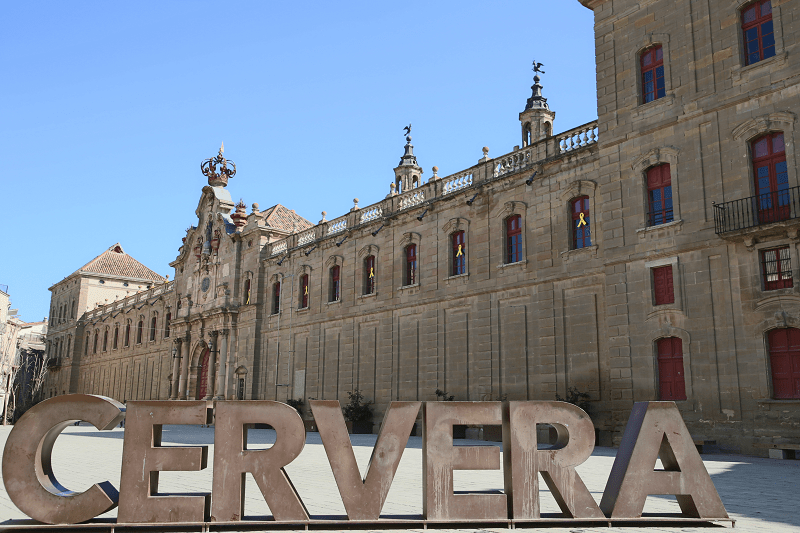 Cervera is a city and municipality in Spain, the center-west of Catalonia, capital of the county of La Segarra and head of the judicial party of Cervera, in Vegueria de Ponent. The municipality of Cervera, 55.19 km², is located in the Central Depression in the southern sector of the region of La Segarra. The registered population is 9,440 inhabitants. The landscape of Cervera shows very profitable lands, cultivated. The terrain of the territory is quite representative of the landscape of the region. There are predominantly wide and generally shallow valleys, framed by long, nearly horizontal hollows.

Tourism attractions, architecture and what to see? 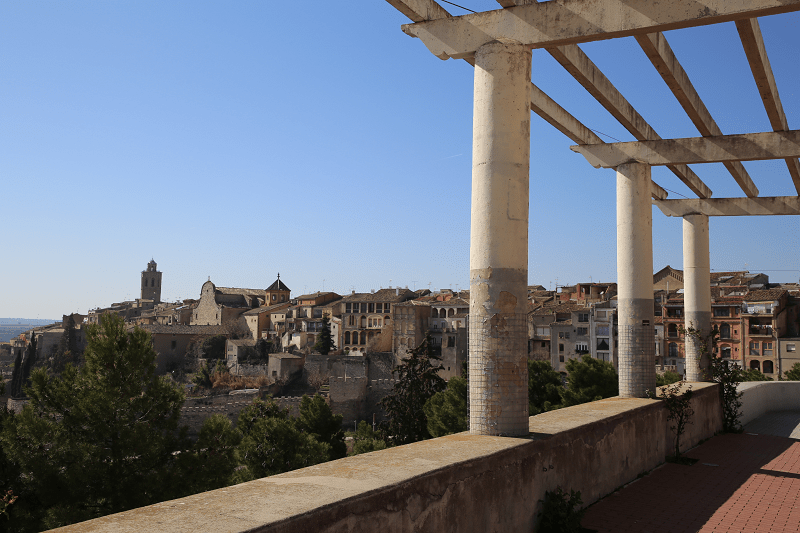 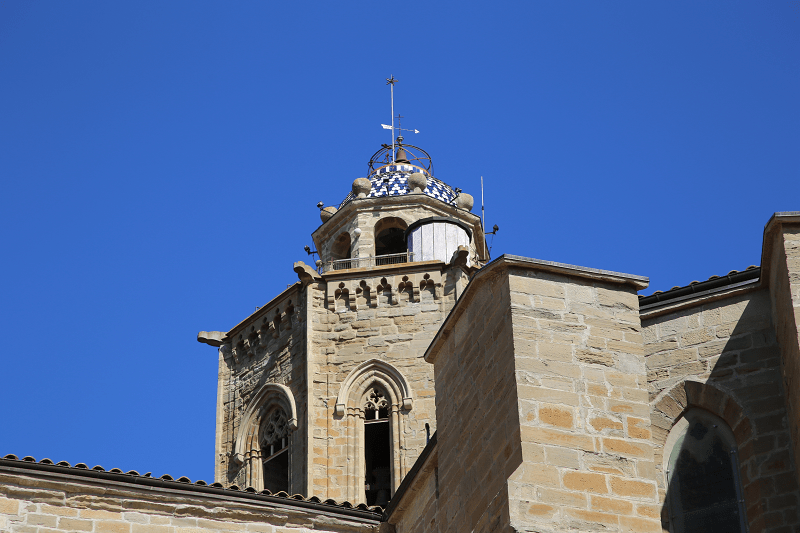 Major Street is one of the most important streets in the city of Cervera. Along this street we can observe a few facades characterized by low arc openings, with the central key and small windows under the roof. It is a clear influence of the architecture of the University and of the time of splendor that the city lived with its establishment. 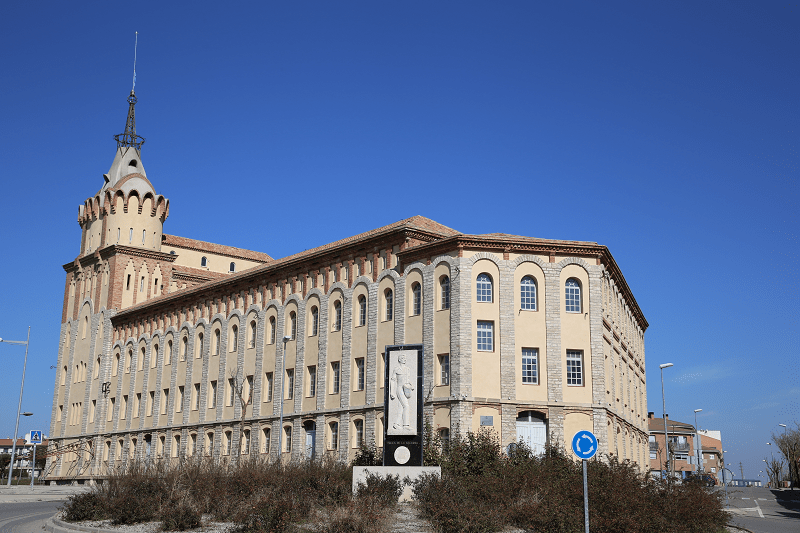 The Carrer Major is one of the most important streets in the city of Cervera (Segarra). Along this street you can see several façades characterized by lowered arc openings, with the central key and small windows under the roof. It is a clear influence of the architecture of the University and of the time of splendor that the city lived with its establishment.

At no. 15 there is the old Hospital of Saint John of Jerusalem (12th century). It was a delmera house of the order of the Hospitalers. On one of its doors, the cross of Malta stands out. The façade was remodeled in the XVIII century by Jaume Padró. At the moment, the Museum of Wheat and the Pagesia is installed on the ground floor. 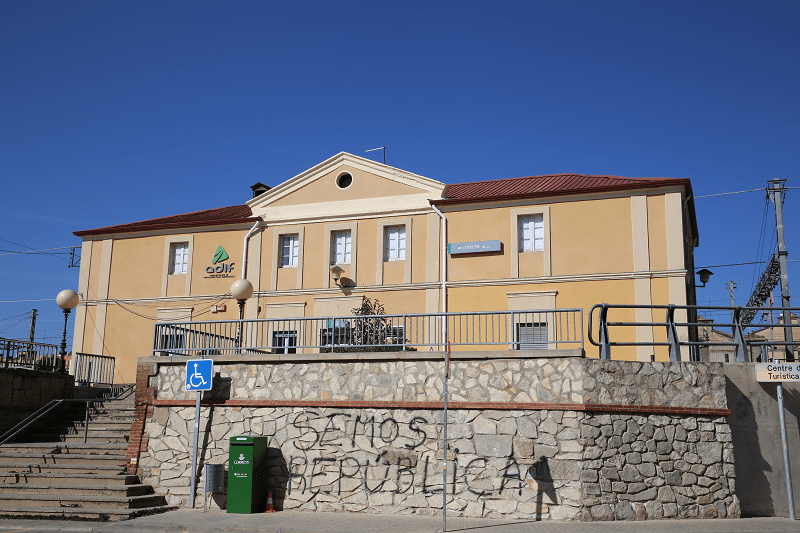 Under the no. 64 there is the architectural ensemble of the Company of Jesus. Currently, it houses the geriatric residence Mare Janer, the municipal auditorium and the chapel of the Virgin of Fire (la Mare de Déu de l’Incendi). In this space we meet the Catalan Courts (Corts Catalanes), chaired by Pere el Cerimoniós, which have been considered a milestone in the creation of the Generalitat of Catalonia. In 1452 the marriage capitulations of the Catholic Monarchs were signed here, and at the time of the University, it was the Col•legi de Sant Carles that hosted Jaume Balmes.

The Festival of the Holy Mystery (Festa Major del Santíssim Misteri), the main winter festival of Cervera, is celebrated on February 6 and on its eve on February 5 with the traditional song of the Completes (cant de les Completes). Formerly it was the most important celebration of the city, after the Corpus, with a great popular participation: Tronades, parades of the festive procession (giants, bastons dance (ball de bastons), eagle …), processions, livestock fair, concerts and dances at the Casal Catalan and the Workers’ Center (Centre Obrer). 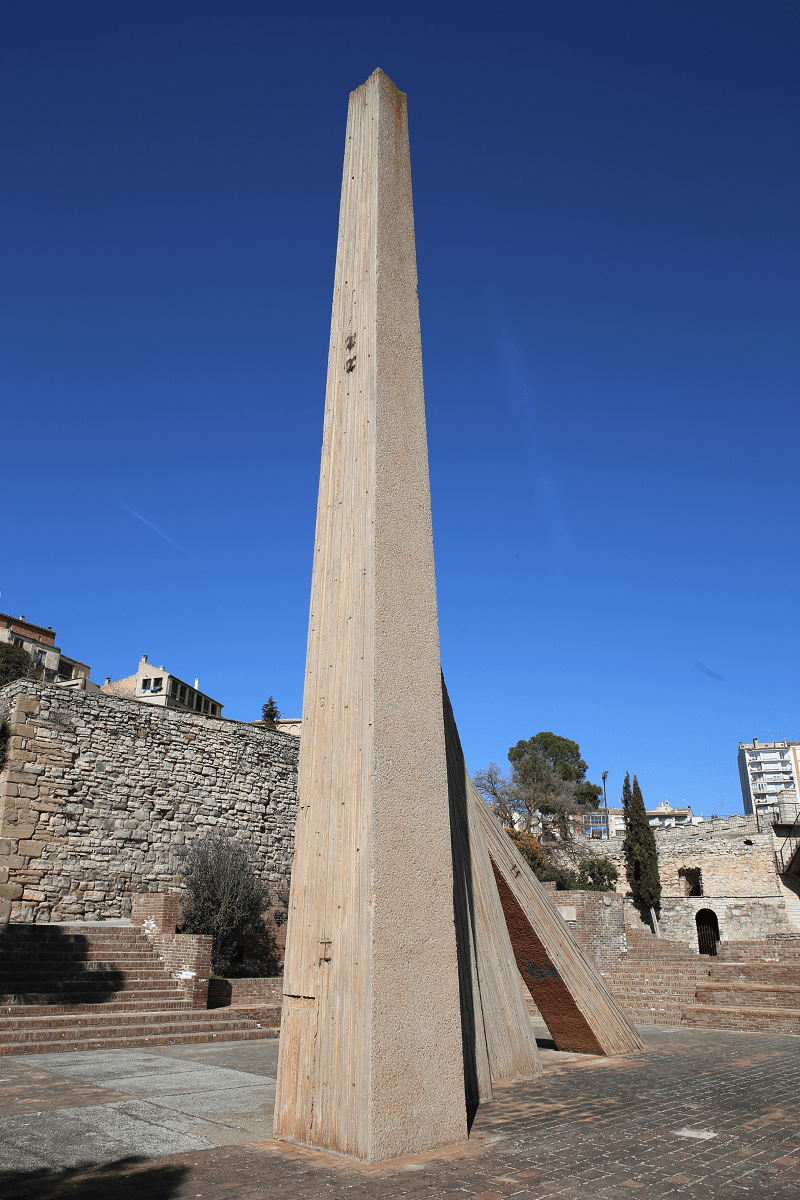 Passion of Cervera (Passió de Cervera), is celebrated in the city since 1447, when the first historical documents refer to it. In the months of March and April, the different plays are performed at the Great Theater of the Passion of Cervera, specially designed to house it, and which currently consists of 1,700 seats, and houses the entire theater cycle of the city, with a stable theatrical program during the whole year. 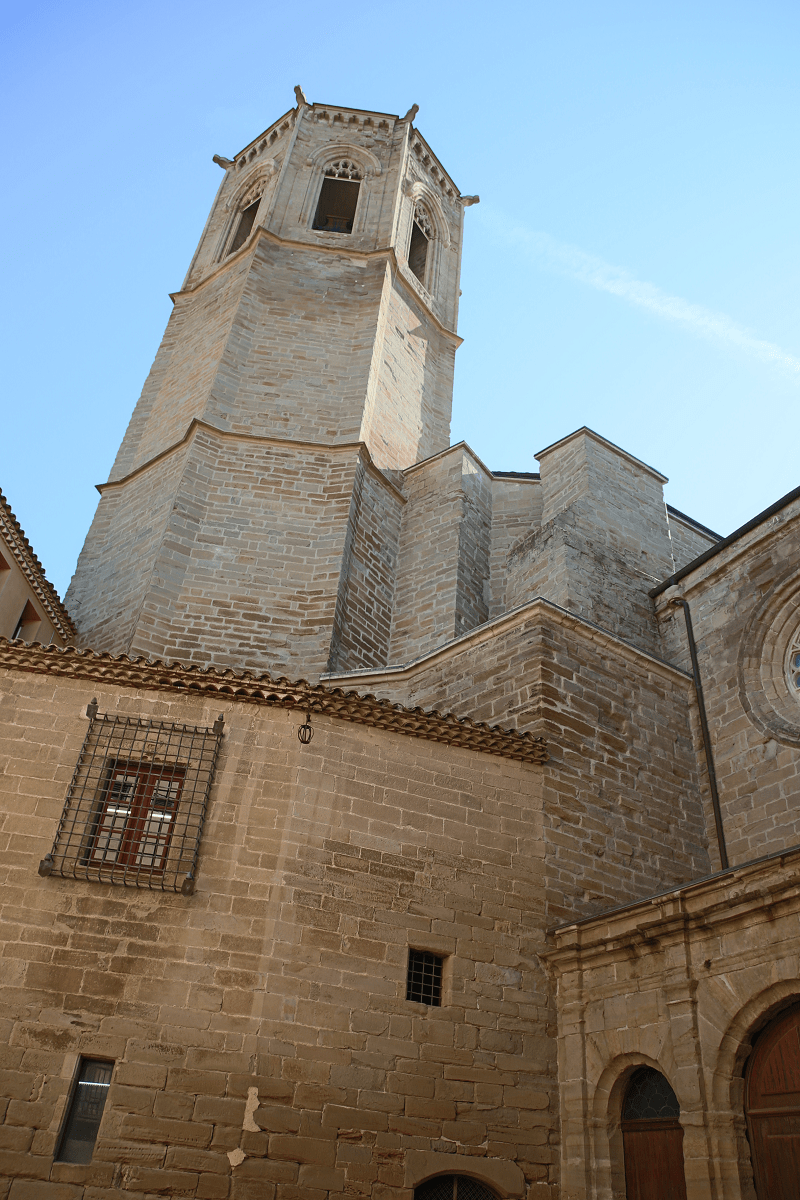 Corpus Christi, celebrated in the city since 1337. On Saturday, the Feast of the Devils of Cervera – Carranquers is celebrated with a show of popular culture and the dance performance by the Dance of Devils. Following day is the Corpus day, traditional carpets of flowers are made, at midday the religious procession is celebrated in honor of the Blessed Sacrament and in the afternoon a parade with the imagery and dances of the festive procession. 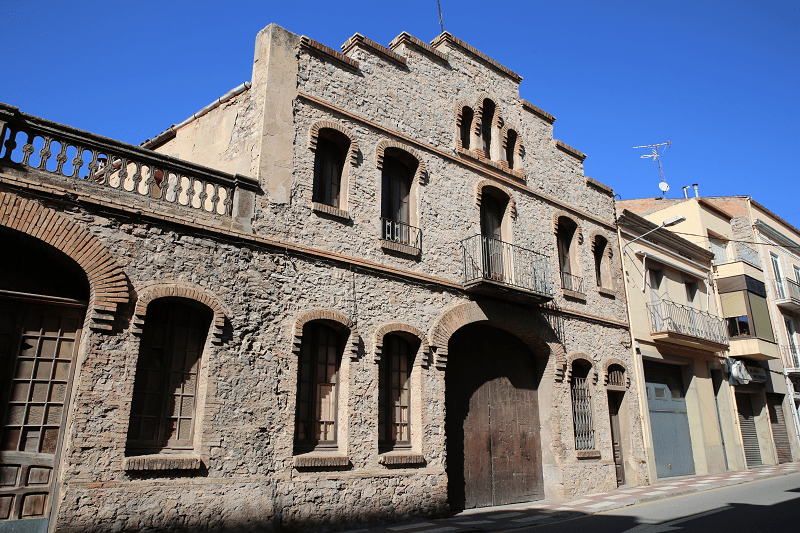 Sant Magí Festival, August 19, distribution of the miraculous water of San Magí of Brufaganya Sanctuary with mules and horses, loaded with branches in boxes decorated with fabric.

Aquelarre, is celebrated the weekend of the last Saturday of August from 1978. [10] Festival of fire, witches, devils, correfocs, shows, music, magic and esotericism.

Isagoge, cultural week, held in the days before the Sant Crist’s Festa Major..

Sant Crist’s Festa Major, a summer festival, held on the last weekend of September, from Friday to Monday. It includes a wide variety of cultural and traditional events, highlighting the proclamation and the afternoon of Friday evening, the meeting of giants on Saturday afternoon, Sunday with service, after the festivity and castellera performance; and on Monday the small party, children festivity and activities for the little ones. 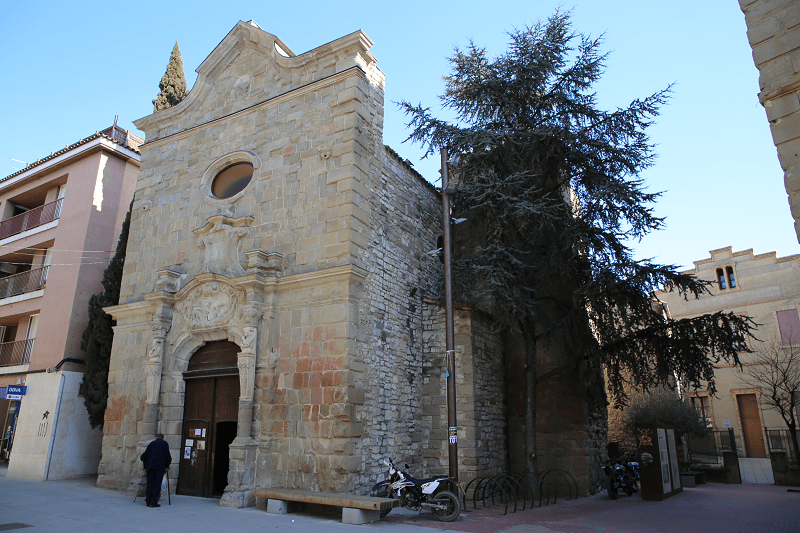 Shopping in Cervera is not a priority on the tourist program. Only on weekends city bazaars and fairs, which traditionally take place on weekends or on some public holidays in the main square, can be of tourist interest. At the fairs, in particular, you can come across exclusive products grown in the region. Among them are some well-known wine and cheese brands in Spain.

The gastronomy, cuisine and restaurants

The gastronomy of the city of Cervera is marked by the environment, based on agriculture, and by the tradition of Catalan interior cuisine. The dishes cooked with game such as rabbit, partridge, wild boar and snails predominate. In addition we can also find a wide variety of pork products, such as sausages, garlic sausages or chorizo, there are still today houses that make the slaughter them self. These products can be found in small craft establishments that manufacture embotits.

In the section of fruits and vegetables, on the markets it is very frequent to find fresh products harvested directly from the orchard by farmers in the area. Of the region, as in Lleida in general, it is worth mentioning the snails. Another culinary element to highlight would be Panadons, empanadas stuffed with spinach and pine nuts. Coca de Recaptetambé typical it is made from a fine dough where on top there are different vegetables, such as pepper or aubergine, combined with sardines or sausage.

As its own products, Cervera highlights:

The Aromas de la Segarra: digestif liqueur thyme (farigola) based, that is produced in Cervera. It has a pleasant, digestive and stimulating flavor.

Port of Dragons: First Gin and first “Premium” Vodka distilled in our country, which have been awarded on certain occasions. 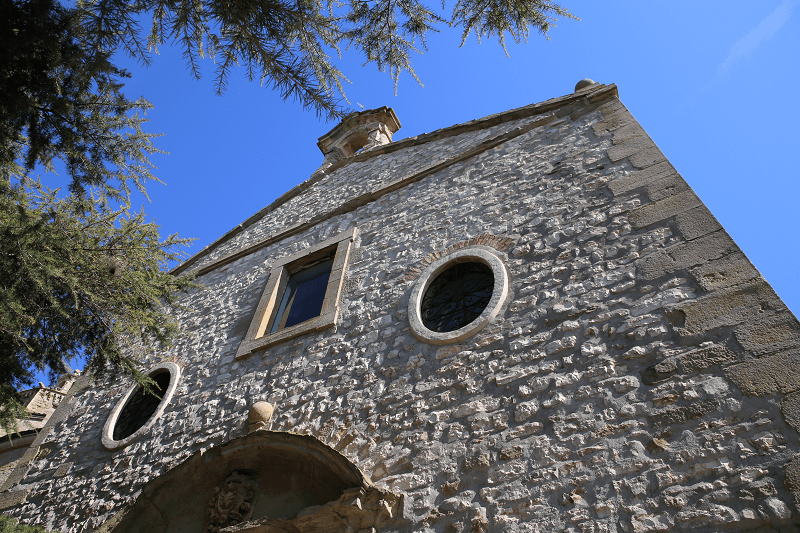 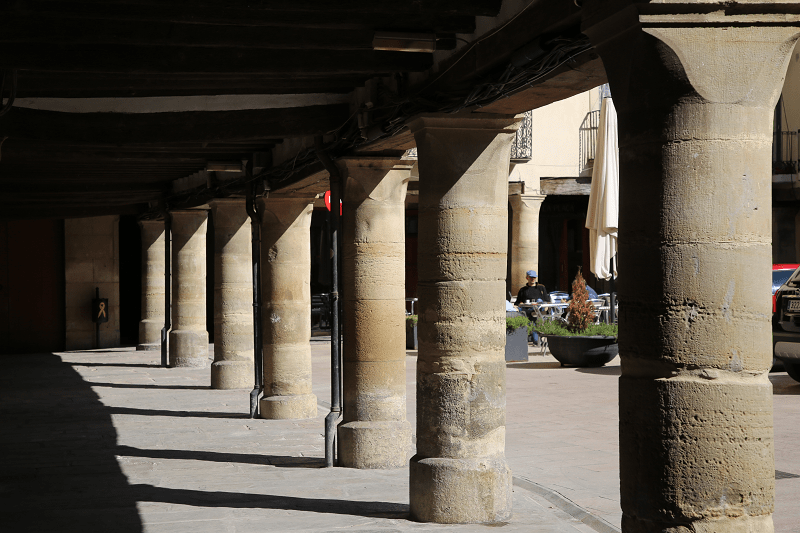