The University of Cervera - the erection Royal Decree was signed on October 14, 1717 • All PYRENEES · France, Spain, Andorra 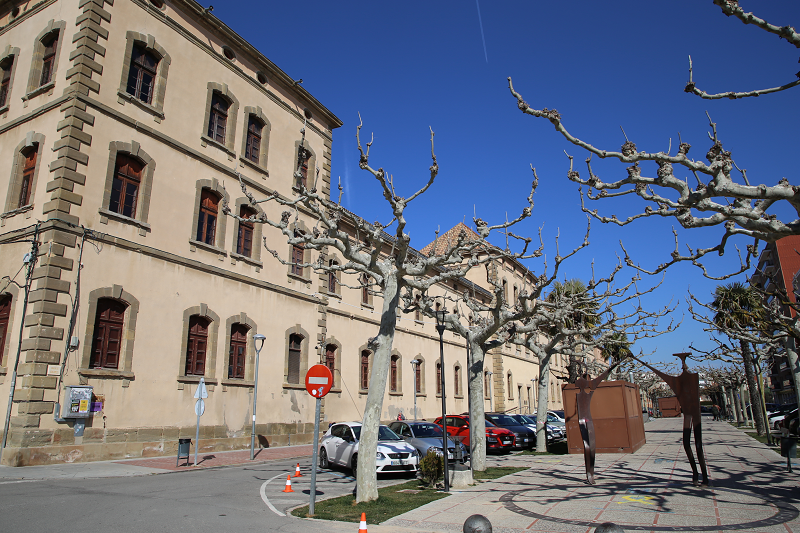 The University of Cervera

Charles II, the last Spanish king of the house of Austria, dies in the year 1700 and in his will leaves as heir to all Spanish domains Felipe of Anjou, grandson of the French king Louis XIV, known as King Sol. The new king, under the name of Philip V, was accepted both to the kingdom of Castile and to the Crown of Aragon. Felip V stayed a couple of times in Cervera, during these stays he swore to respect his privileges and in 1702 he awarded Cervera the title of city. England, which ruled the nations opposing the predominance of the Bourbons, proposed as successor to the Spanish throne, Charles of Austria (Charles VI Holy Roman Emperor), and in 1702 a European war began. A successful diplomatic task resulted in the Crown of Aragon changing sides in 1705.

As for Cervera, there were supporters of the two princes. After the war, Cervera, who had been devastated, decided to support those who ruled and sent two ambassadors to the Court with the mission to convince the ministers of Philip V of their absolute fidelity, in order to obtain a logical reward. When the king was deciding where he would put the new university studies, someone had to remember those men who, among their 30 requests, also asked for a university like the one in Lleida.

THE CREATION OF THE UNIVERSITY

The University was conceived and designed to accommodate all university students of Catalonia, since Philip V, educated in France, in the central right politics that dominated the neighboring country, wanted to put an end to the chaos that was in tuition and to the control exercised by the church. Philip V, after his victory over the Catalans, imposed a single university headquarters as the right of the conquest. It would be located in an equidistant place of the main cities and in a town without garrison, in order to not have problems of revolts. Cervera fitted these characteristics, although as a justification it was mentioned that the city had been faithful to the king throughoutl the war. The Erection Decree was signed on October 14, 1717. However, the construction of the building was not completed until 87 years later, in 1804. Its closed structure, with three inner courtyards and towers surmounted in the four angles, refers to the military engineers who conceived the building, the first of which was Francesc de Montaigu.

Since its inception, the University had to endure a large number of declared enemies. The first place, the city of Barcelona, that always fought to recover its university education and, little by little, was getting the transfer of the different faculties; secondly, the lack of means to be able to offer quality education; and finally, its military structure, which turned the building into a strategic place of defence in the different revolts of the first quarter of the nineteenth century. In 1842 the University of Cervera was finally transferred to Barcelona.

Opponents have often despised the intellectual life that could have existed at the University of Cervera. But the truth is that this institution lived bright times in which some reform was achieved in philosophy and theology, encouraging students to use logical reasoning in the analysis of scientific facts. The stage of the greatest student splendor was at the end of the 18th century, when the University had about 2,000 students. Among the students stand out: the chemist and naturalist Martí i Franqués; the writer Torres Amat, creator of the school of Catalan jurists of the 19th century; Martí d’Eixalà, who, like the philosopher Jaume Balmes, confessor of Queen Elizabeth II, was also a professor. The poet Manel de Cabanyes, the inventor Narcís Monturiol, the politician Joan Prim, the anatomist Antoni Gimbernat, etc., also attended the lectures at the University of Cervera. Professor Josep Finestres Monsalvo, who gave Catalan customs the modern legal structure, and Raimundo Lázaro de Dou, the first president of the Corts de Cadis of 1812, who disseminated the ideas of Adam Smith in hiis studies of political economy.

VISIT TO THE BUILDING

The University is, still today, the largest building of Cervera, occupying a portion of land of more than one hectare of surface. Its 115 meters of façade and 95 sides represent dimensions that no other building in the city has. In the outer walls a frieze separates the two floors of the University: the inferior, with panels separated by straight moldings, and the superior, with airy windows. In this way, an aesthetic set of lights and shadows becomes available when the sunlight hits it laterally. At the top of the main façade a crown is rised, a symbol of royal power, and beneath it is the image of the Immaculate, patron saint of the University, which presides over the space. The royal and pontifical shields that have been located on each side of the image have not been restored, during the Civil War they were extracted from their location during the Civil War. The main feature of the arcade of the door is a grotesque mask that, by its style, is related to the gargoyles below the roof through which the rainwater is expelled.

When crossing the first patio there is at the back of it a wall of curved shapes that covers a sun clock; while in front there is an inner façade framed by two twin towers, where the tall eardrum stands out with high reliefs that represent wisdom inviting men of all ages to enter their temple. It is a sober complex, inspired by the classic sculpture, the work of Jaume Padró. A large balcony shows the skill of the forging artisans of the area. Highlighted with stone all the constructive elements are emphasized (the frieze that separates the upper floor, the arches, the braces, the features of the arches, etc.). Crossing further we find two inner courtyards with their respective cisterns crowned by a small amoret.

On the upper floor, a magnificent door carved in wood and presided over by a royal shield and a small Immaculate, proclaims the arrival in the most important place of the building: the Auditorium. This area, designed and sculpted by Jaume Padró, was used as a chapel and as a room for academic events. The pillars divide the space into three naves and just in front of the altar raises a dome over shells (curved triangles), where the four evangelists are placed with their corresponding symbols, and as if it were from the sky, some small angels occupy the empty spaces.

The altarpiece of marbles and alabaster is, once again, a praise to the Immaculate, who, by crunching with the right foot the snake of evil and rising on the half moon of darkness awaits the students, because with the learning, they control and dominate in the same way the darkness of ignorance. The symbols that bear on the side corners are a song of exaltation for the Virgin, one invokes it as the sacred city, the celestial Jerusalem, and the other explains that its virtue is greater than all the mountains of the earth, for this reason it has a small image on a mountainous block. On the sides of the altar, there are sculptures on each side: the papal shield with inclined slopes, and the royal one with all the emblems of the Spanish crown. The golden balconies above the sacristies retain some indications of their ancient lattices