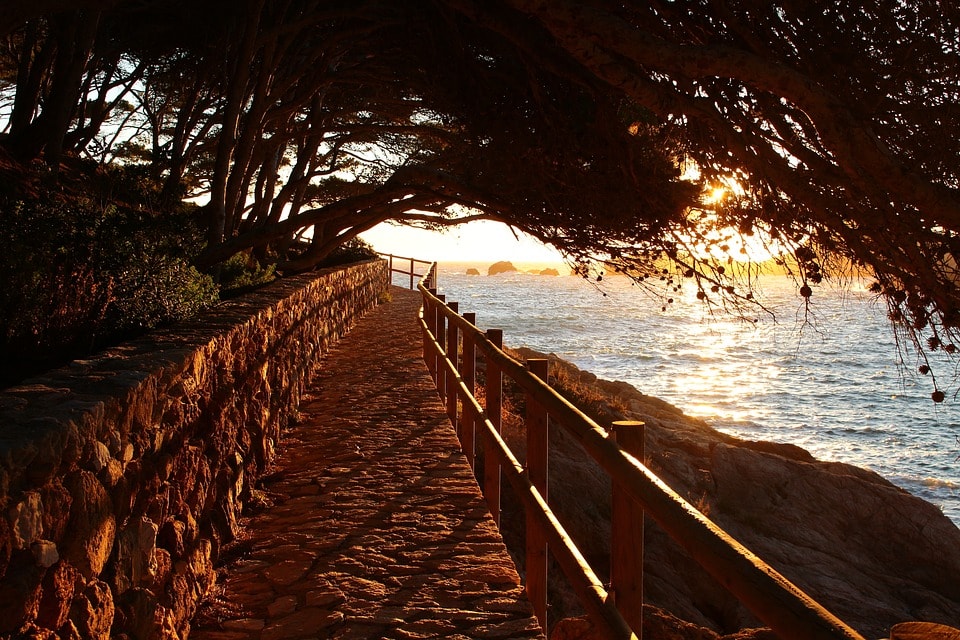 Begur (cat. Begur) is a town and municipality in Spain, the Baix Empordà region (Catalonia) and an important tourist centre. It borders on the south with other resort municipality of Pals.

Also written as Bagur from the 14th century by the variation in the transcription of the neutral vowel, it is documented in the Middle Ages as Begurio, probably Latinized name of a Celtic Becuro. 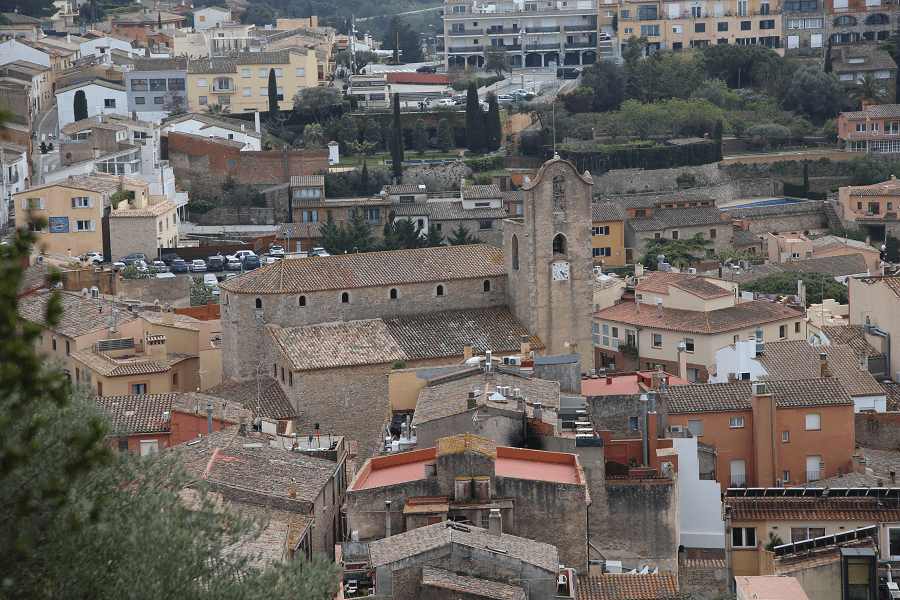 The 21 km² municipality is very rugged: practically all of the territory is occupied by a set of hills called as a whole the Begur massif, with the summit of Son Rich at 323 m a. s. l. It is vertebrate around the castle of Begur with the town to the south (200 m a. s. l.), both located above a hill just north of Son Rich, 2.3 km from the Cap of Begur (formerly of ‘Aiguafreda’) to the east and 2.7 km from the Cap de sa Sal to the northeast.

The town is the administrative centre of the municipality and concentrates 2.724 of the 4,258 registered Begur inhabitants (2009). 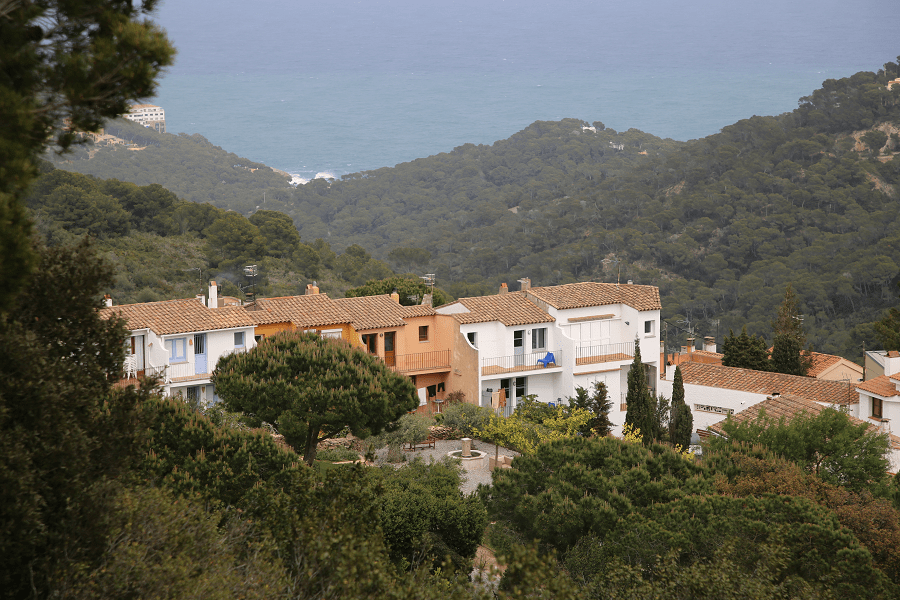 On the northwest side of the hill of the town, there is a quarry still in use and an interior dune called sorres de Begur (cat. sands of Begur) that extends to the fortified farmhouse of Ses Garrites, near the farmhouses of Pals, where the Empordà plain begins, an alluvial plain created by the delta of river Ter. To the northeast of the hill, the valley of Sa Riera separates the coastal heads from the interior, ending at the beach of Sa Riera, which is the largest and most touristic one of the municipality, flanked to the north by the Cala de la Illa Roja and the beach of El Racó, along with the beach of Pals. 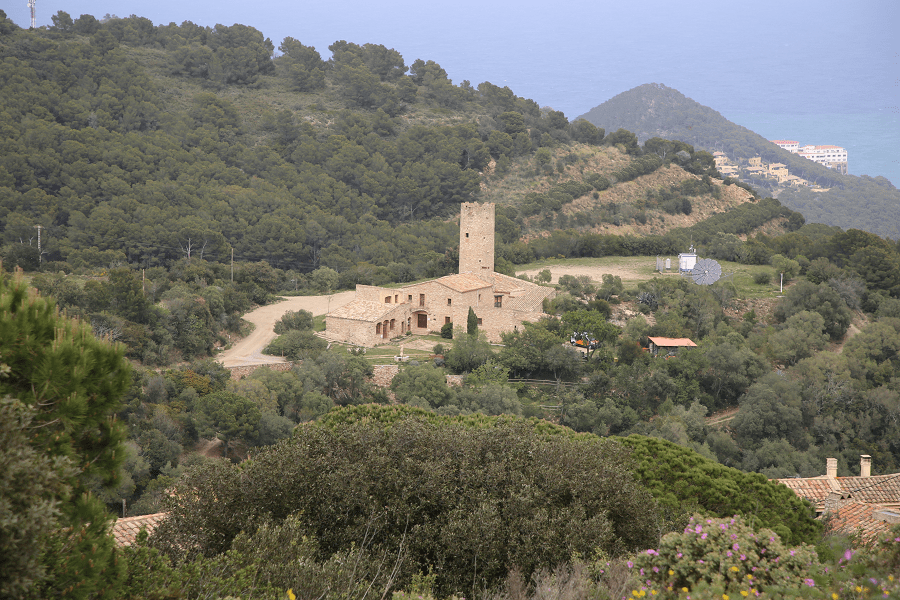 Just southeast of Sa Riera starts the Ses Negres sea reserve, an abrupt rocky coast that culminates south with the head of Sa Sal. From here and along the coast, a series of coves produced by small torrents that are born in the massif allowed the existence of small population centers that used to be dedicated to fishing and nowadays to tourism. Those residential areas often had significant residential growth in the last decades, including: Aiguafreda, Sa Tuna, Fonda Fornells beach and Aiguablava. In this last one, there is the Parador hotel; while to the north there is the hotel of Cap Sa Sal on the homonymous coastal head. 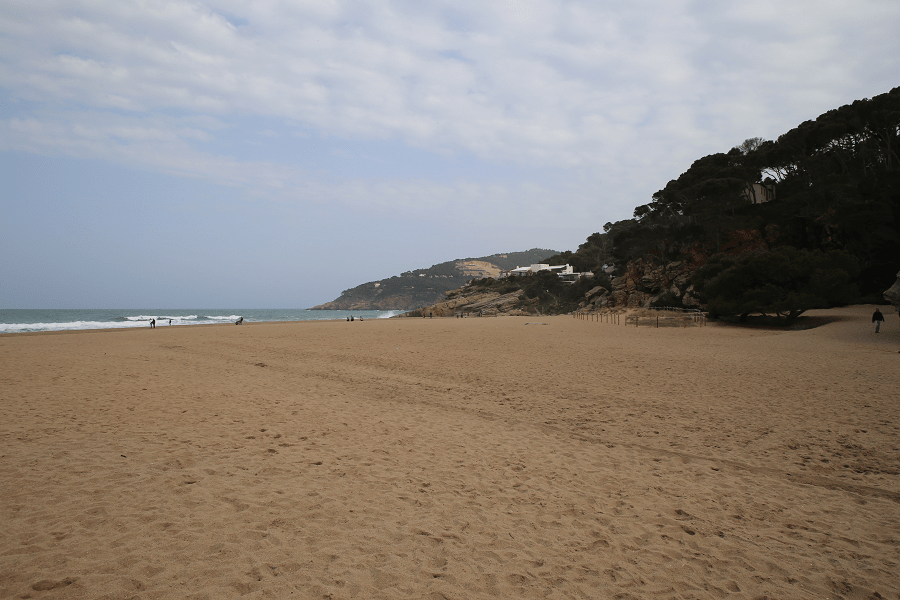 To the southwest of the hill, where the plain begins, between the massif of Begur and the massif of the Gavarres and in proximity to the urban center of Palafrugell, there is the small village of Esclanyà of 808 inhabitants (2005), divided between its old Romanesque centre and a residential area to the south. Between Esclanyà and the village of Begur, there is a residential area called Residencial de Begur that extends between the rivers of Salkuntzaigües and Esclanyà. Other residential areas are found throughout the coast and some in the inland valleys and hills, forming between the town and Fornells an urban continuum. The municipality has many hotels and a camping site. 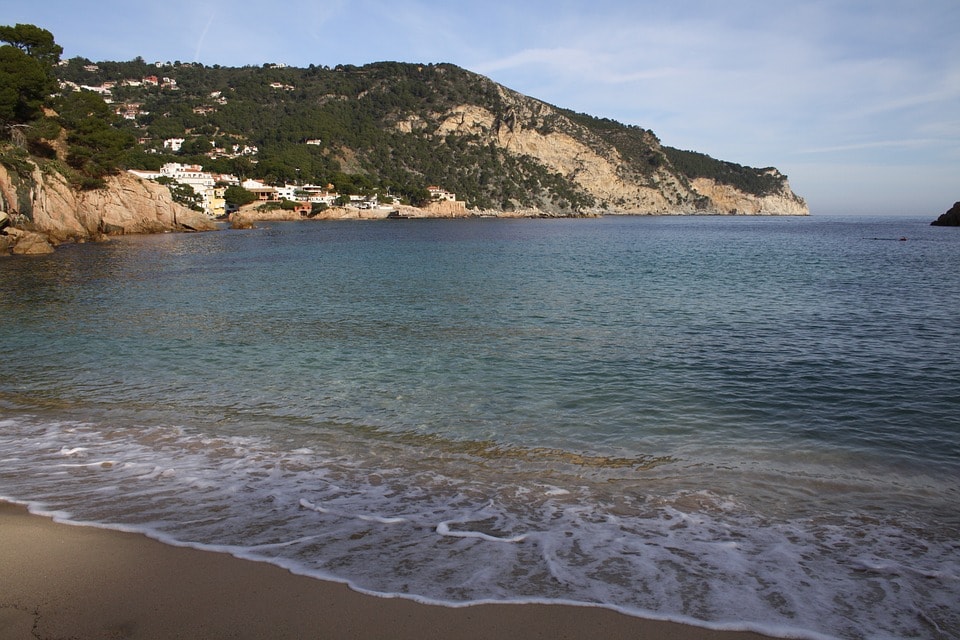 Outside the residential centre of the municipality, almost all of the massif is covered with an oak forest and some pine plantations. Although historically important, the cork industry is today not very significant. Livestock and horticultural activity are also very minor. As for the Esclanyà plain on which the Brugar municipality is scattered, the terrains between the Palafrugell and Regencós are divided between an industrial estate and cereal farms. 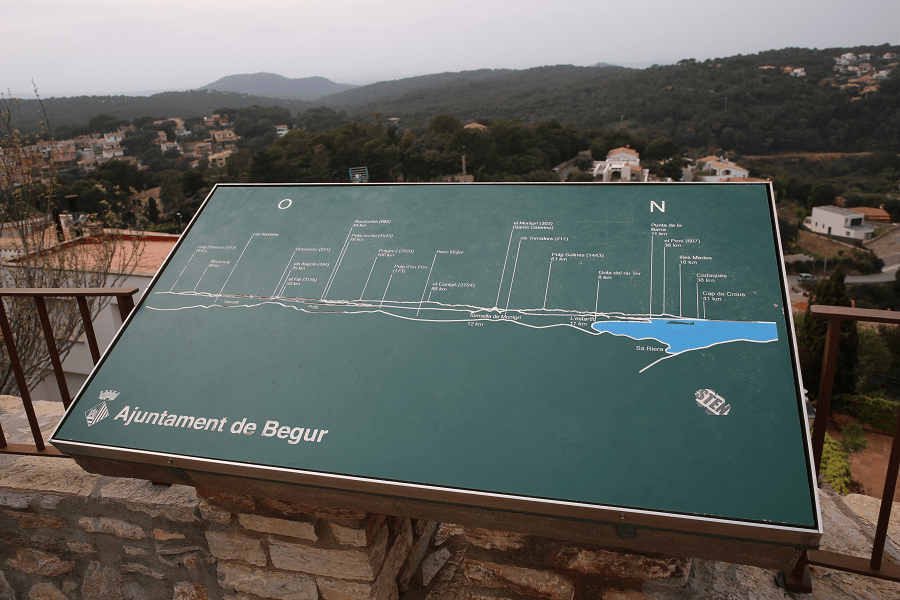 Begur goes back to an Iberian settlement located where the castle is now, dating from the 6th century BC. The first documented reference to the place, although without the name of Begur, dates from the concession of a possession coinciding with part of the territory in 889 in the monastery of Sant Pau de Fontclara by King Franco Odó. 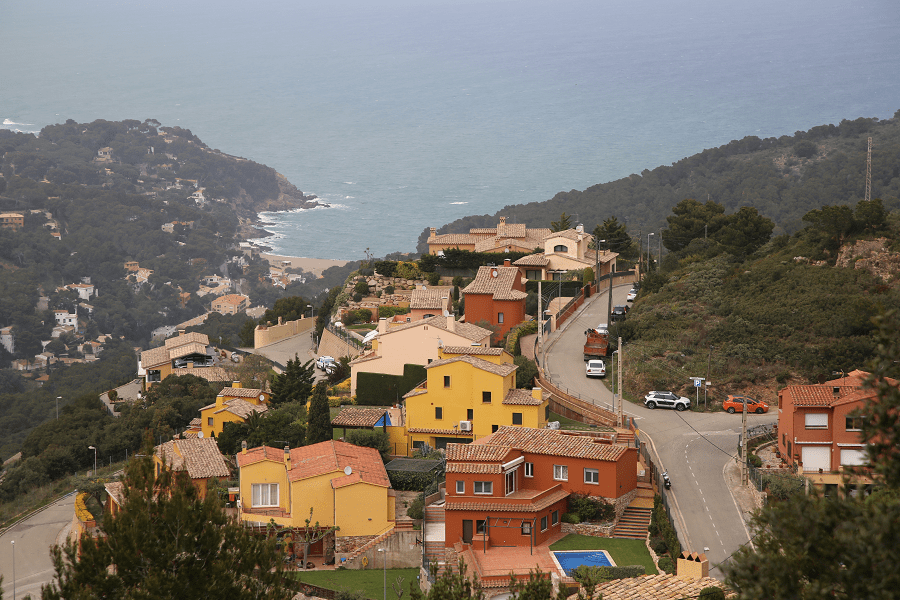 The name Begur appears documented for the first time at the beginning of the 11th century, in relation to the castle. From the 14th century, the town gained certain importance (180 inhabitants) and in the middle of the 15th century it gains the Carrer de Barcelona. The castle was destroyed in the war against John II in 1467, but later it was reconstructed. It was demolished again as a result of the occupation by British troops in 1810 during the Peninsular War. Since then it has been left in ruins. 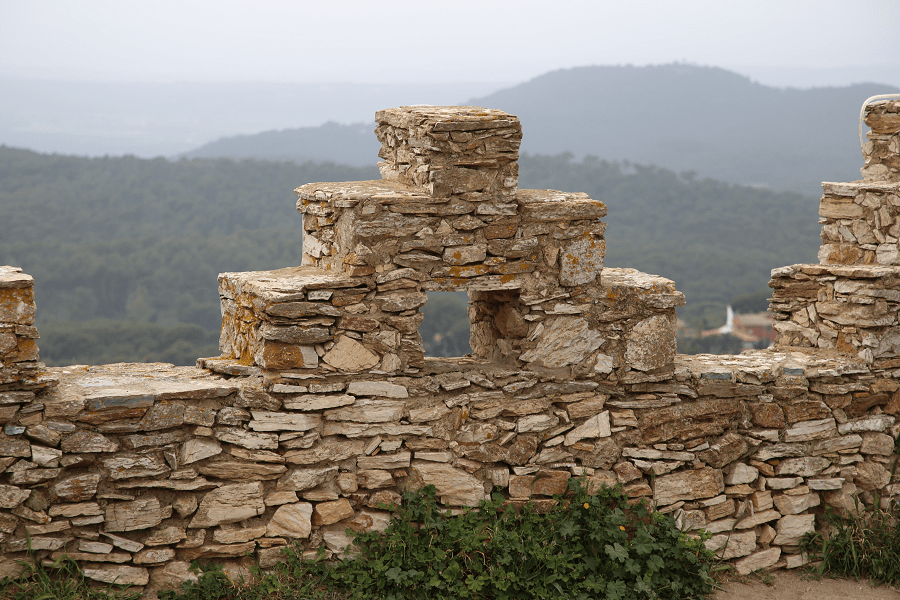 The economy of Begur was traditionally based on the cultivation of cereals and olives and in the vineyard. However, the phylloxera put an end to the wine-making activity in the mid-nineteenth century. Another important activity was that linked to the coral, but from the 19th century, it was lost to the advantage of the cork industry, which reached its maximum splendour in 1880 with 400 workers and 25 factories. Throughout the 20th century and especially since 1950, all these activities have given prominence to tourism and in some cases have disappeared altogether. Fishing has been an activity practised since ancient times by the people of Begur, although it was never a major activity. 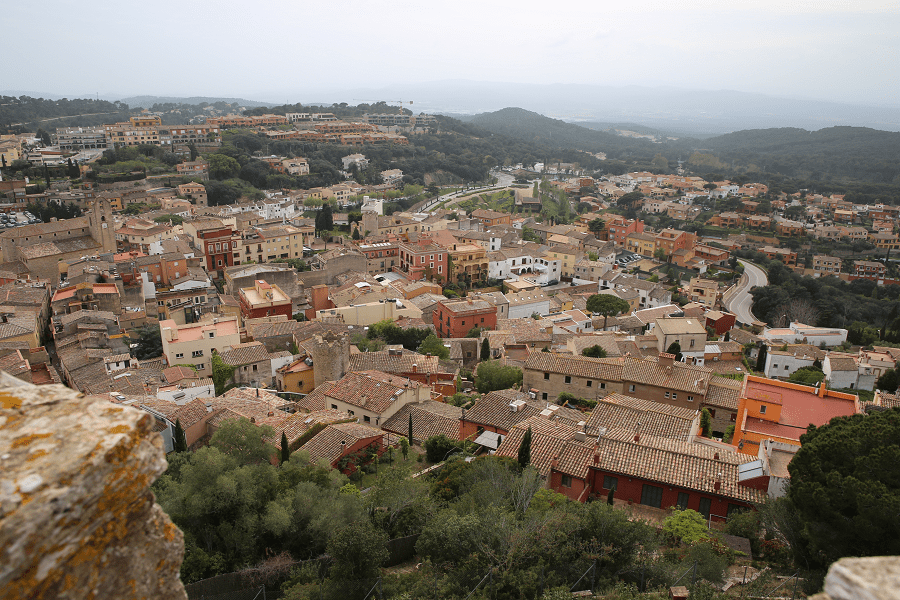 Apart from the castle, the various defence towers located inside the old town are also of monumental interest. These were raised against barbarous pirating between the 16th and 17th centuries. There are still four towers: Can Marquès, Sant Ramon (or Caixa), Hermanac de Can Pi and Pella and Forgas.

Also worthy of note is the Gothic church dedicated to Saint Peter and historical buildings such as the Cultural Casino or the Old Schools (cat. Escoles Velles). In Esclanyà, the 14th century castle stands out, of which only one tower is left and the church of Sant Esteve. 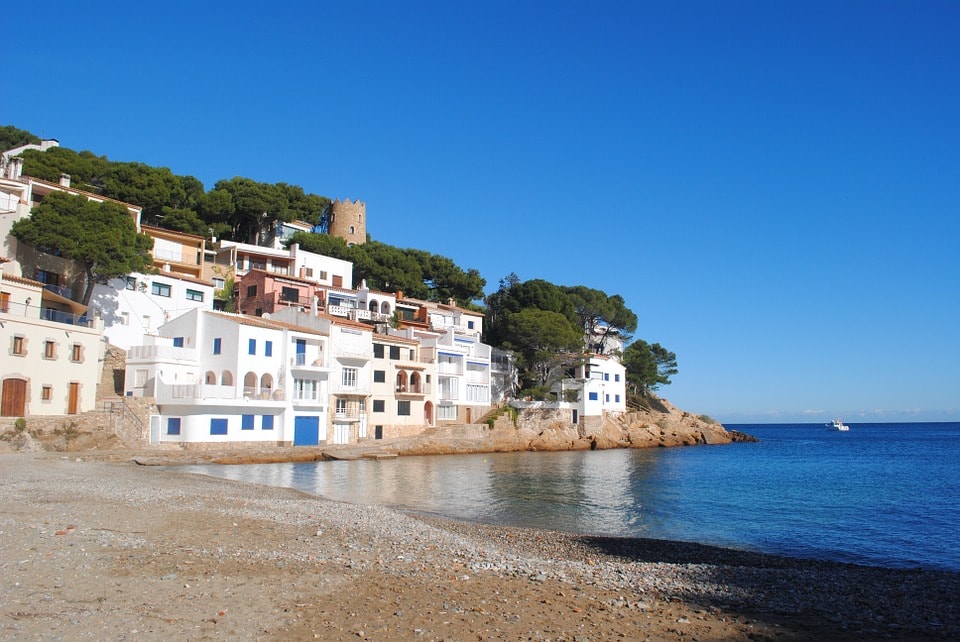 Casa del Doctor Miret, Casa Añó, Can Rogera and Can Pi are buildings of the municipality included in the Inventory of the Architectural Heritage of Catalonia. 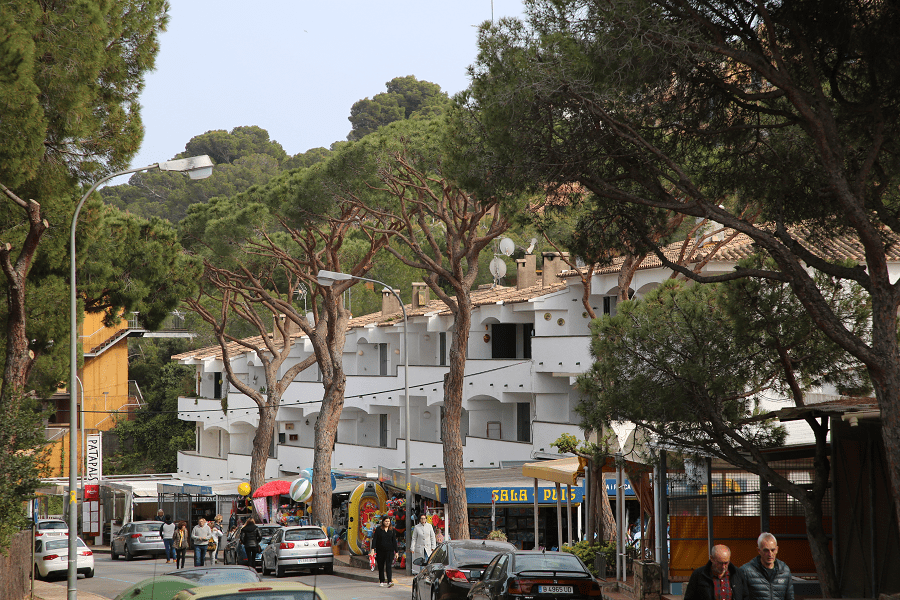 Significant is also the number of Modernist constructions in the town erected by the so-called Indians, Begurs who crossed the Atlantic Ocean to make a fortune on the American continent, especially in Cuba. Since 2004, at the beginning of September, an annual Fair of Indians is celebrated in Begur, which every year has a central theme from which outdoor activities are carried out but which has as its focal point to remember the Indian or Cuban past of Begur.

Finally, coastal areas, especially Sa Tuna, preserve houses, docks and other buildings linked to the traditional life of fishermen living between the 18th and 20th centuries.

Most of the beaches in Begur are private (near hotels).

There are more than 30 restaurants of a fairly high quality in Begur, but the prices are higher than in Barcelona and Girona. Mostly located within the borders of the Old Town and seaside.

Shopping in Begur is not a priority on the tourist program. Only on weekends city bazaars and fairs, which traditionally take place on weekends or on some public holidays in the main square, can be of tourist interest. At the fairs, in particular, you can come across exclusive products grown in the region. Among them are some well-known wine and cheese brands in Spain. 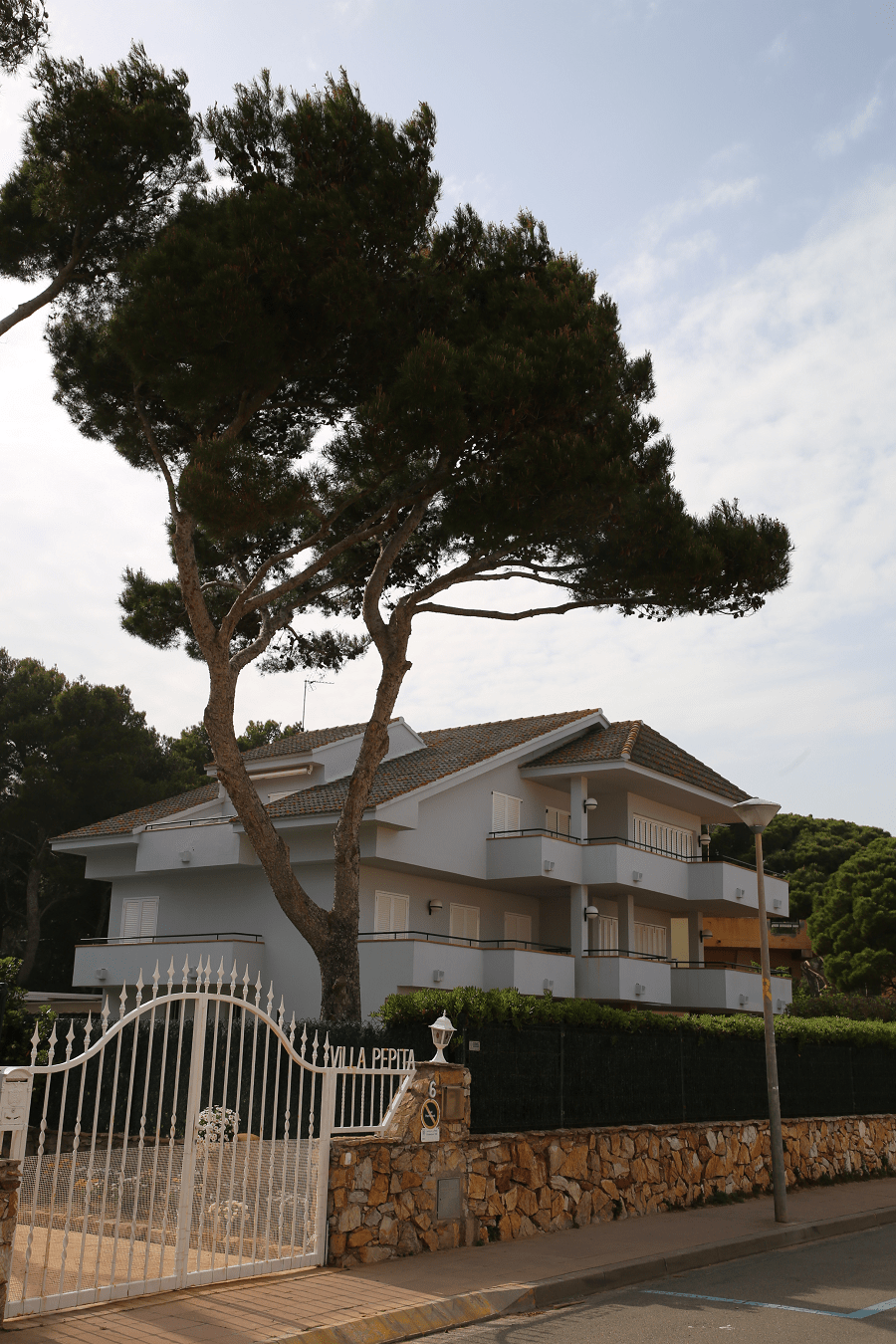