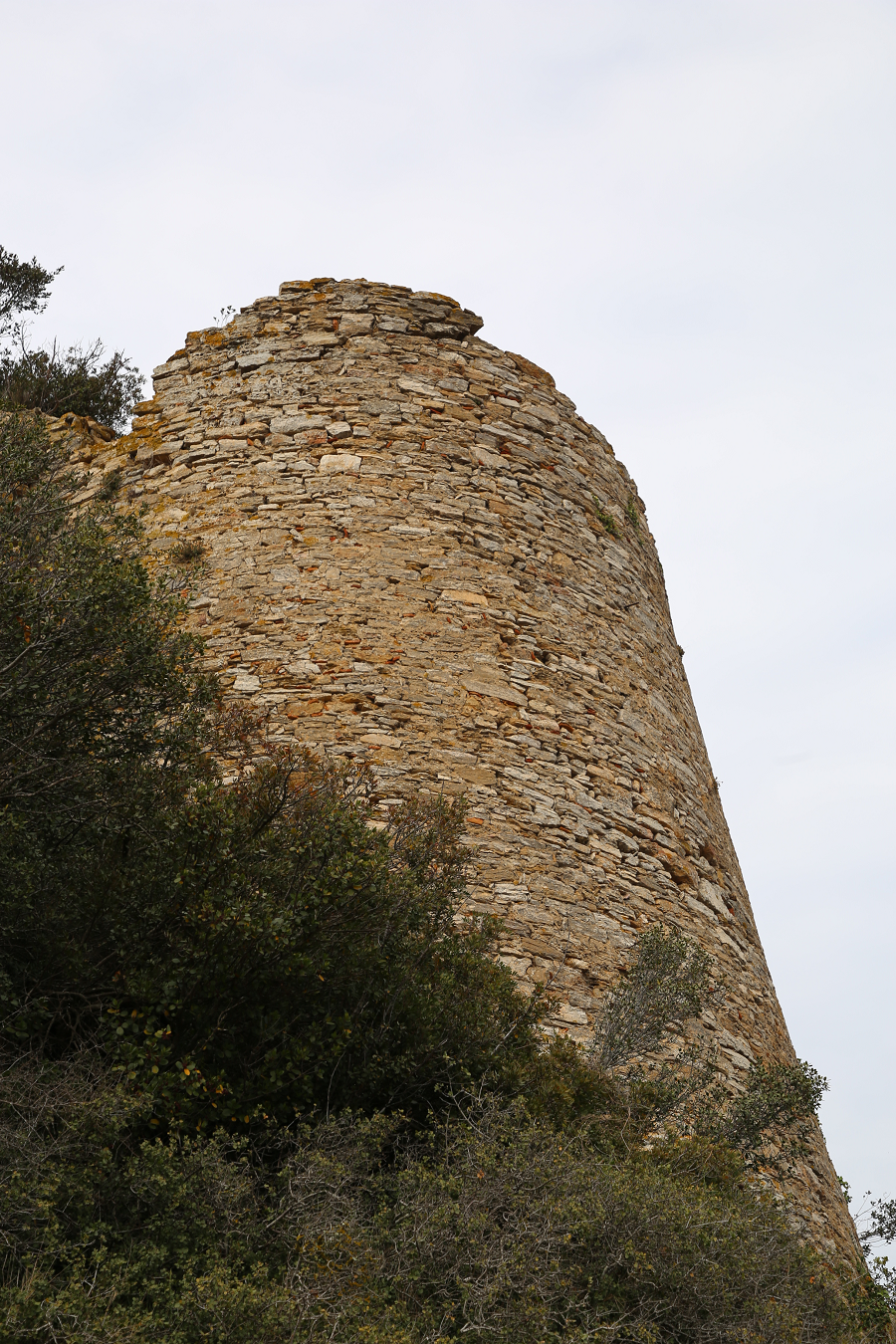 The remains of the castle are located above a promontory that dominates the village of Begur and offers excellent views to the coast.

The fortress was built on a rock and it has the whole base of the keep tower, which is circular and has battered wall. There are other remains of walls and basements, which still form an evocative set. 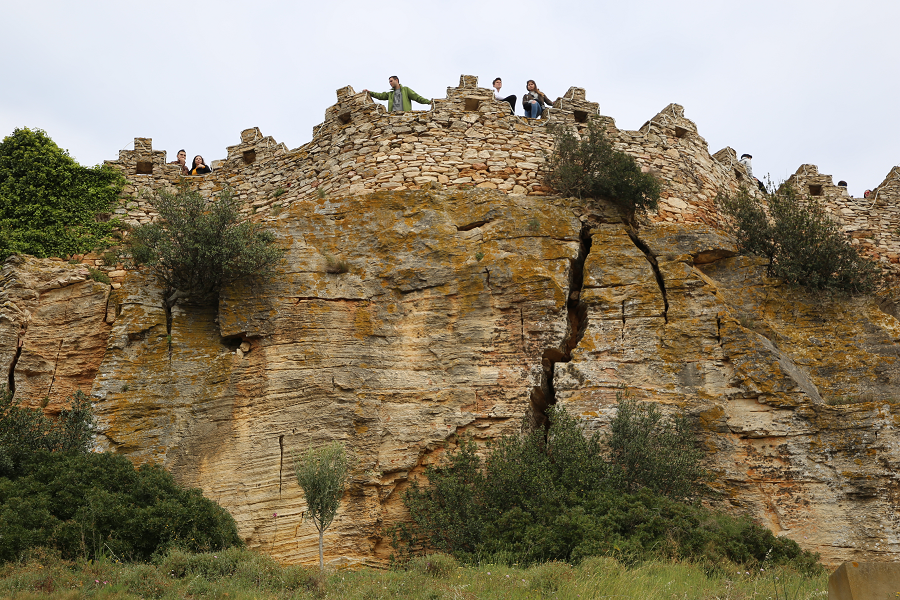 It is a castle located on a rock over the town, where the old town of pre-Roman origin was located. As documented in 1019 Arnust de Begur is its first feudal lord known by the records. It appears that in 1055, Artal Guadall had the castle in fief. In the middle of the 11th century, it was passed to Countess Ermessenda, who in 1057 sold it to the counts of Barcelona, Ramon Berenguer I and Almodis, who had granted it in fief to several families over the centuries. In the same year 1057, the countess Ermessenda lent Ramon Berenguer I loyalty to his rights to various castles, terrains and belongings; among which “ipso castro quod dicunt Begur”. Between 1057 and 1059 it is said that the seneschal Amat Elderic, counsellor and curator of Countess Ermessenda, swore loyalty to Countess Almodis for the castle of Begur. In 1062 the line of Peratallada family appears recorded for the first time in an agreement that affected the castle of Begur between the counts and Dalmau Bernat de Peratallada. This lineage became later the Cruïlles-Peratallada.

During the 12th to 14th centuries, a lineage of the name Begur was mentioned in records, which could belong to castellans of the castle, the feudatarios of the Peratallada. For example, in the 1358 hearth tax, Blanca de Begur is listed with 51 families that it had from the castle of Begur. In 1309, King James II gave the town of Begur to Bernat de Cruïlles with the title Baron de Begur. The barony included Esclanyà with its castle and Regencós. In 1360, King Peter the Ceremonious, who needed money to face the war of Castile, sold to Gilabert de Cruïlles the high and low criminal jurisdictions and the mero and mixto imperio of the castle of Begur, with Esclanyà and Regencós, in addition to other places and castles. 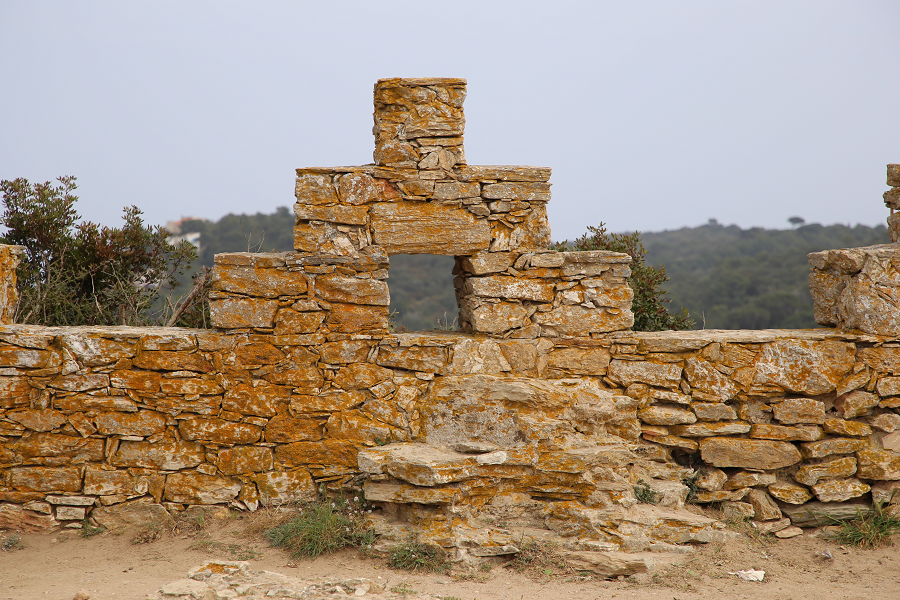 In the 15th century, Begur achieved the feudal redemption with the designation of Carrer de Barcelona. This same century the castle had to be reconstructed after it got badly damaged during the war against John II. n 1468, French troops occupied the castle of Begur and John of Anjou, Duke of Lorraine, ordered its demolition. In 1604 the town bought the rest of the rights corresponding to the castle from Baron Carles of Viladomat and Cruilles, obtaining its jurisdictional freedom. 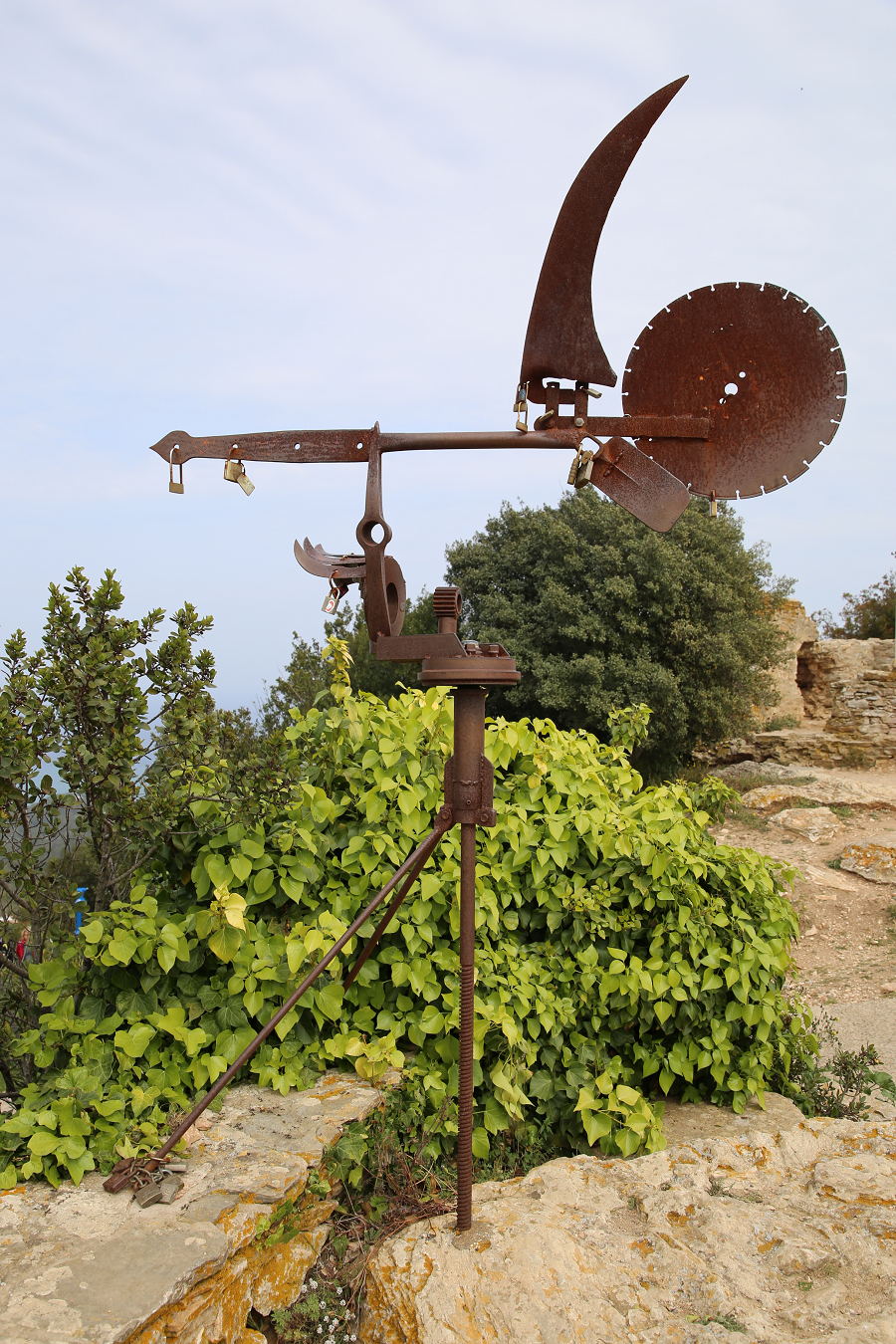 In the year 1694, after the Battle of Ter in the Nine Years’ War, the Duke of Noailles destroyed it directly, because of its strategic situation.

In 1810, during the Peninsular war, the English soldiers retrieved the castle from the French and admiral Doyle blew it up. The strategic importance that was given to the site has a proof in the fact that it coined a medal commemorating the dam of Begur.

At the beginning of the 20th century, the access road was built, with a viewpoint called the Empordà balcony, and the steep battlements that nowadays characterize the complex. 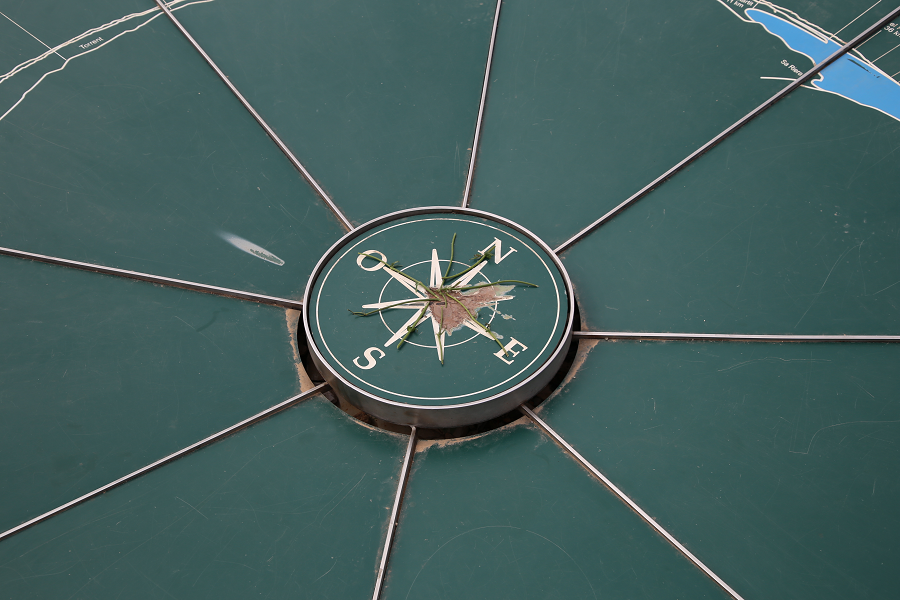 It was a true rocky castle, at the top of the conical hill with cliffs on the south and west sides. In the area of the upper esplanade there are some vestiges of building, belonging to the fortress, despite the successive destructions it has suffered.

The most remarkable vestige is a tower located to the northeast side, which has a height of about 5 m because it is located at a point much higher than the top flat area at which it was arranged. It is a cylindrical tower with battered base. Next to it, there is a part of three walls of a small rectangular room, already on the plain. There is the beginning of a vault that has preserved its marks. In the northwest sector there are vestiges of a rectangular cistern, three of its walls are located on the edge of the rock which is carved artificially to give it verticality. A beginning of a vault can also be observed, in the interior there is still some reddish-brown plaster preserved. No other significant remains can be seen, only vestiges of foundations and some fragment of the fallen wall, by the north slope.

It is virtually impossible to point out a dating for these ruins. The cylindrical tower, due to its uneven body with small stones mixed with pieces of pottery, seems to be of late high-medieval or even later period. The rest of the construction, the building with the vault and the cistern, have quite homogeneous construction body, made with trimmed slabs of rather small sizes, arranged mostly in regular manner, and tied with mortar. It is not impossible for these walls to be the work from the 11th or 12th century.