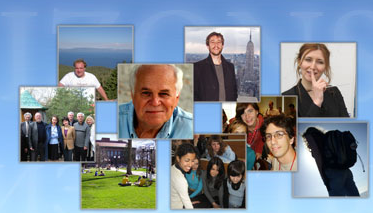 Andorran government announced the start for applying for a grant to study in the US via Fullbright Program, which will begin in the summer of 2017.

The course provides intensive training for five weeks: the first four weeks – at the University of Illinois at Urbana-Champaign, the fifth week – practical classes and meetings with leaders of the local authorities.

The grant includes payment of all costs associated with travel, accommodation, food, as well as the purchase of books and attending cultural events. The total amount of the grant without air tickets – $ 12,000.

The application period will be open until 20th January, 2017.

The Fulbright Program, the U.S. government’s flagship program in international educational exchange, was proposed to the U.S. Congress in 1945 by then freshman Senator J. William Fulbright of Arkansas. In the aftermath of World War II, Senator Fulbright viewed the proposed program as a much-needed vehicle for promoting “mutual understanding between the people of the United States and the people of other countries of the world.” His vision was approved by Congress and the program signed into law by President Truman in 1946.

Fulbright grants are awarded to U.S. citizens and nationals of other countries for a variety of educational activities, primarily university lecturing, advanced research, graduate study and teaching in elementary and secondary schools. Since the program’s inception, approximately 279,500 participants—chosen for their academic merit and leadership potential—with the opportunity to exchange ideas and to contribute to finding solutions to shared issues.