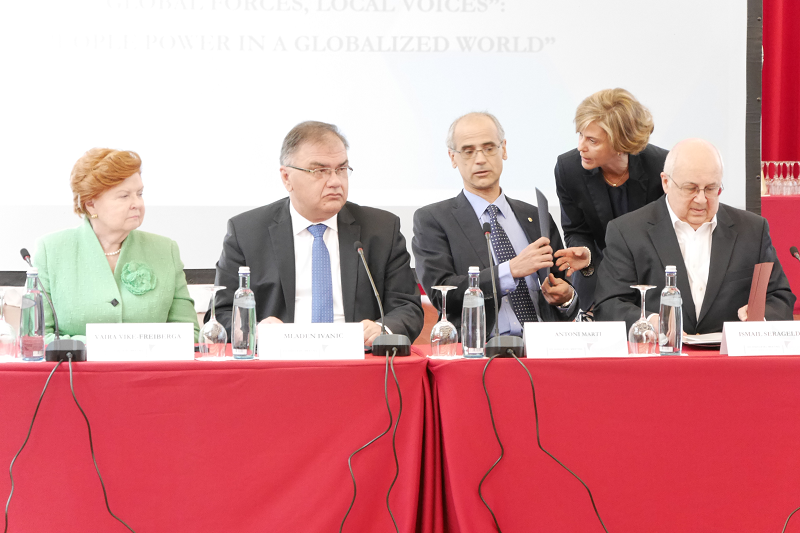 The prime minister of Andorra Antoni Martí opened the meeting. In his speech he said that it was very important to welcome visitors of such high level in Andorra. “I am delighted to welcome the former presidents and Prime Ministers. For me as the head of Andorran government, elected for the second and last time, it is important to see how productive life can be after the abdication”, he said.

He also noted that Andorra today was a “country fully integrated in the international community“. The government of Andorra takes part in all most important international forums, political and economic debates. Among such events he mentioned the summit on climate change held in Paris in December 2015, and the signing ceremony of the framework agreement of the UN, which determines the norms of greenhouse gas emissions after 2020 and measures to prevent climate change.

Special attention the head of government of Andorra paid to the issues concerning the globalization, trade, financial sector and security.

Nizami Ganjavi International Center was created with the multiple aims of preserving the reach cultural heritage of the past as well as encouraging and fostering current scholarship, research, cultural activity and social outreach, with aim to be a center of excellence for the production of knowledge and to be a place of dialogue and understanding between cultures and people.