The 12th Arabesque Festival takes place in Montpellier from 9 to 21st May • All PYRENEES · France, Spain, Andorra 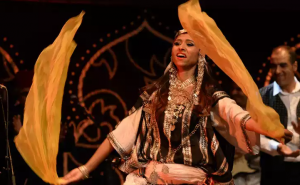 The 12th Arabesque Festival takes place in Montpellier from 9 to 21st May.  The festival is held since 2006, providing an opportunity to show the best works of Arab masters, promoting intercultural dialogue. Guests will be offered Arabic music, theater, fairy tales, cinema, dancing, calligraphy.

The Arabesque Festival became a meeting place for artists who are known in the Arab world as “living legends”.