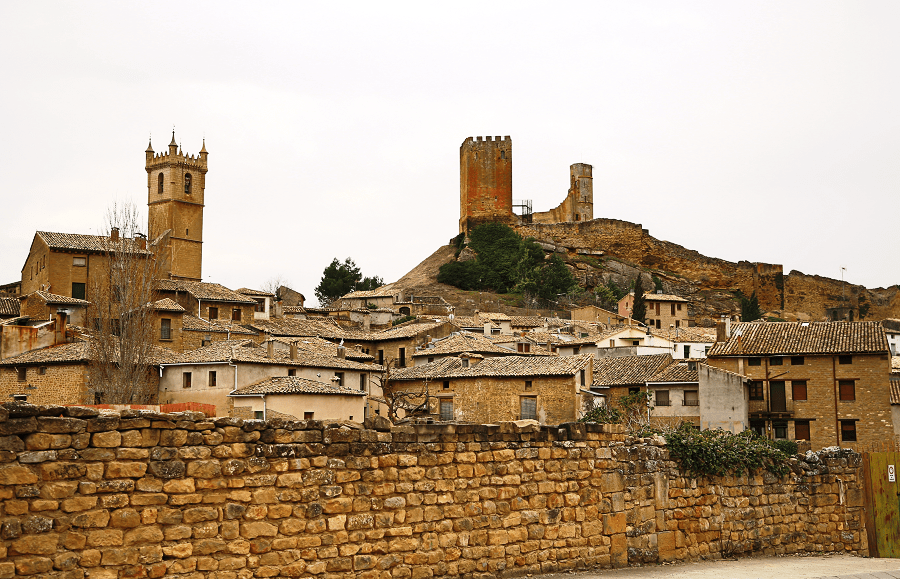 Uncastillo (Aragonese: Uncastiello) is a municipality in the province of Zaragoza, Aragon, eastern Spain.

Along with Sos del Rey Católico, Sádaba, Ejea de los Caballeros, and Tauste, Uncastillo is one of the five towns comprising the comarca of Cinco Villas. 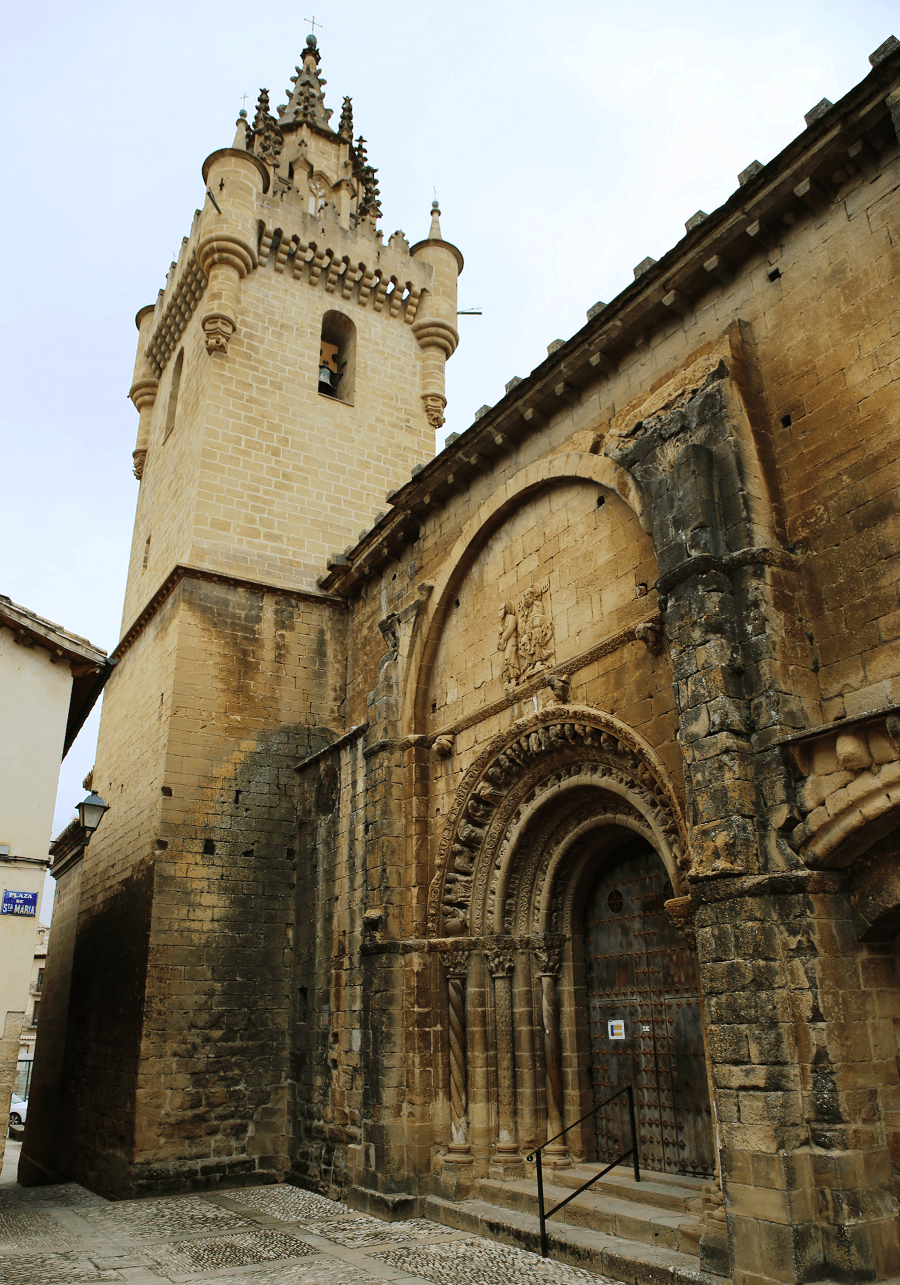 First of all, the quality of its urban fabric stands out, a perfectly preserved example of rural architecture of the Cinco Villas. 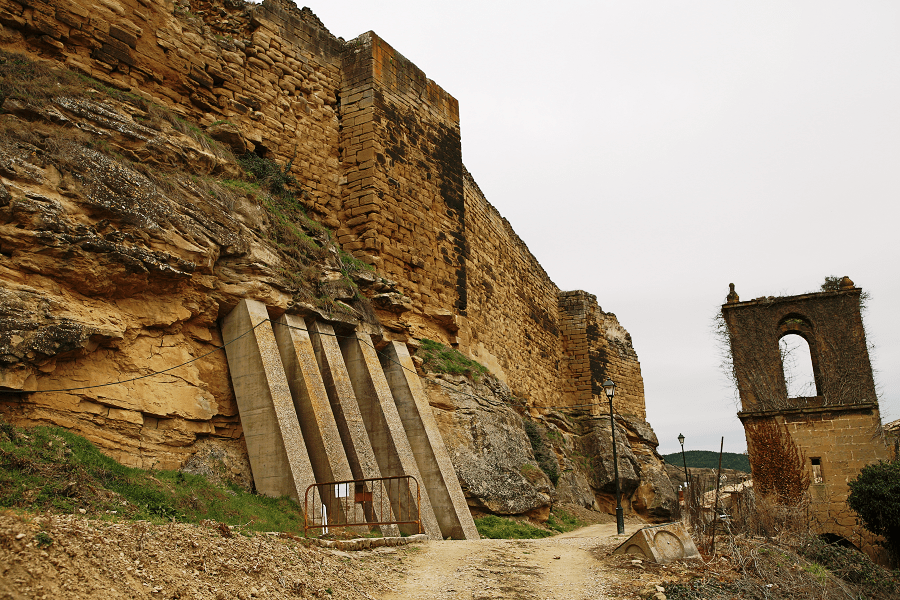 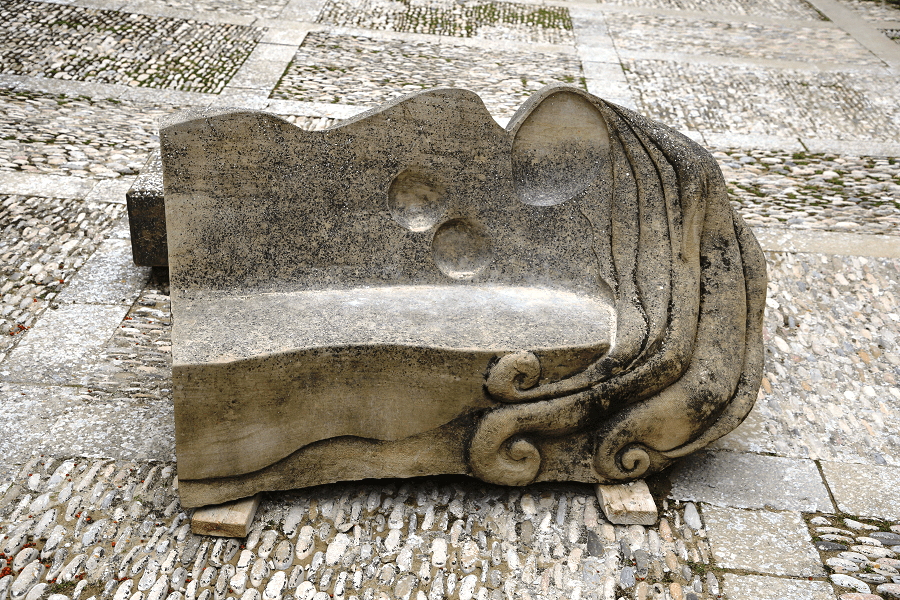 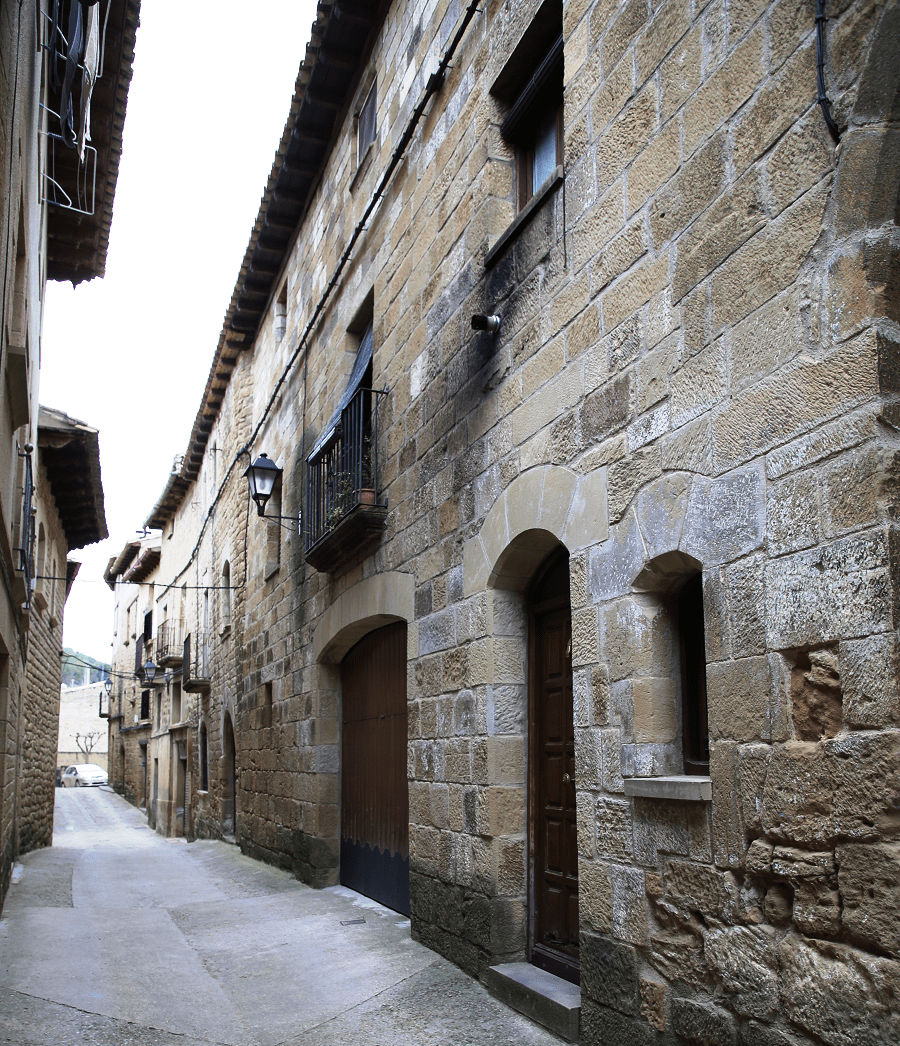 Church of San Andrés, built on the initiative of Bishop Pedro del Frago y Garcés, a native of Uncastillo.

Church of San Felices, also in Romanesque style, from the 12th and 13th centuries, in the neighborhood of San Felices, next to the River Cadena. It has 16th century additions. 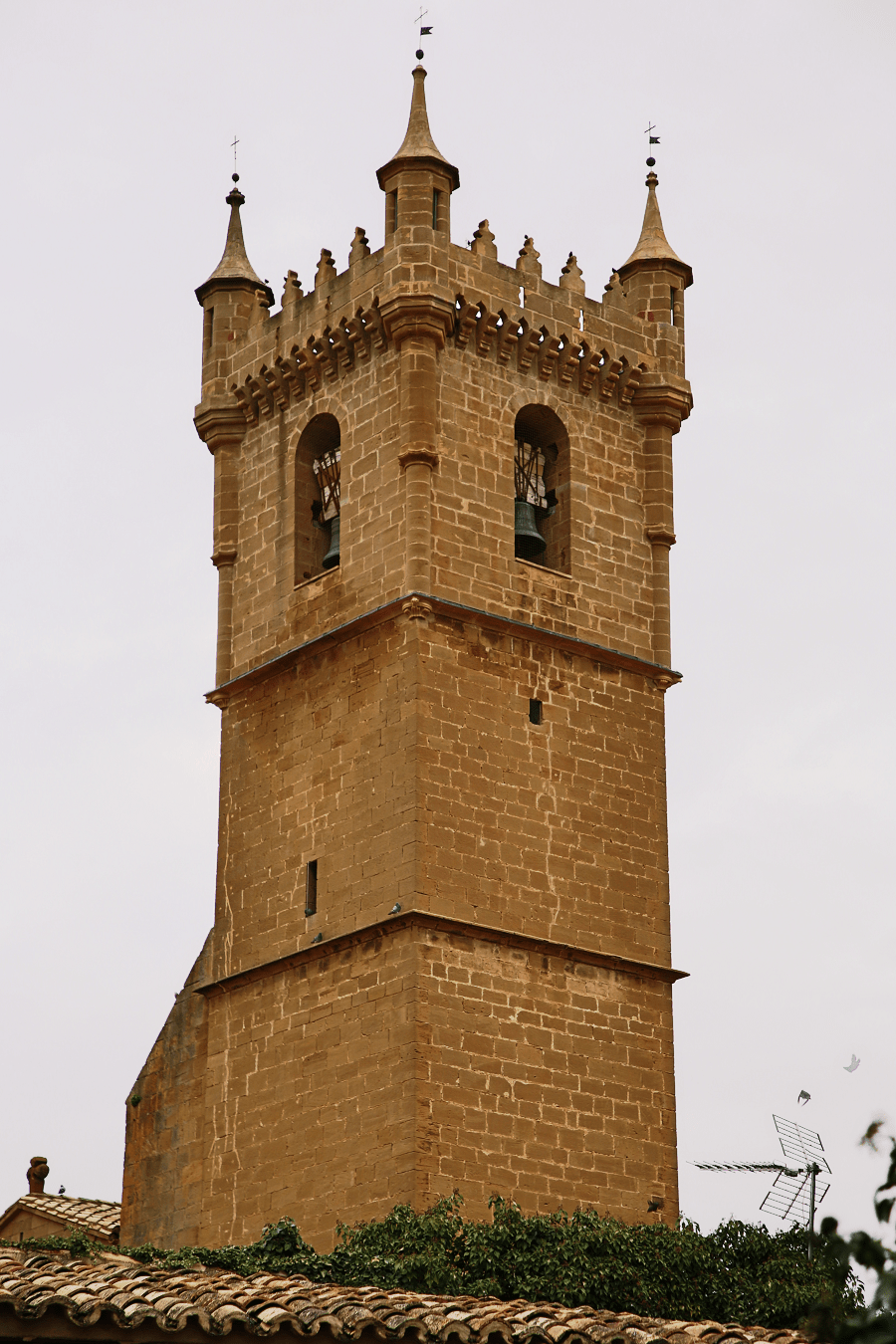 Church of San Juan, located on a promontory near San Felices, is in the 12th century Romanesque style, robust and austere. 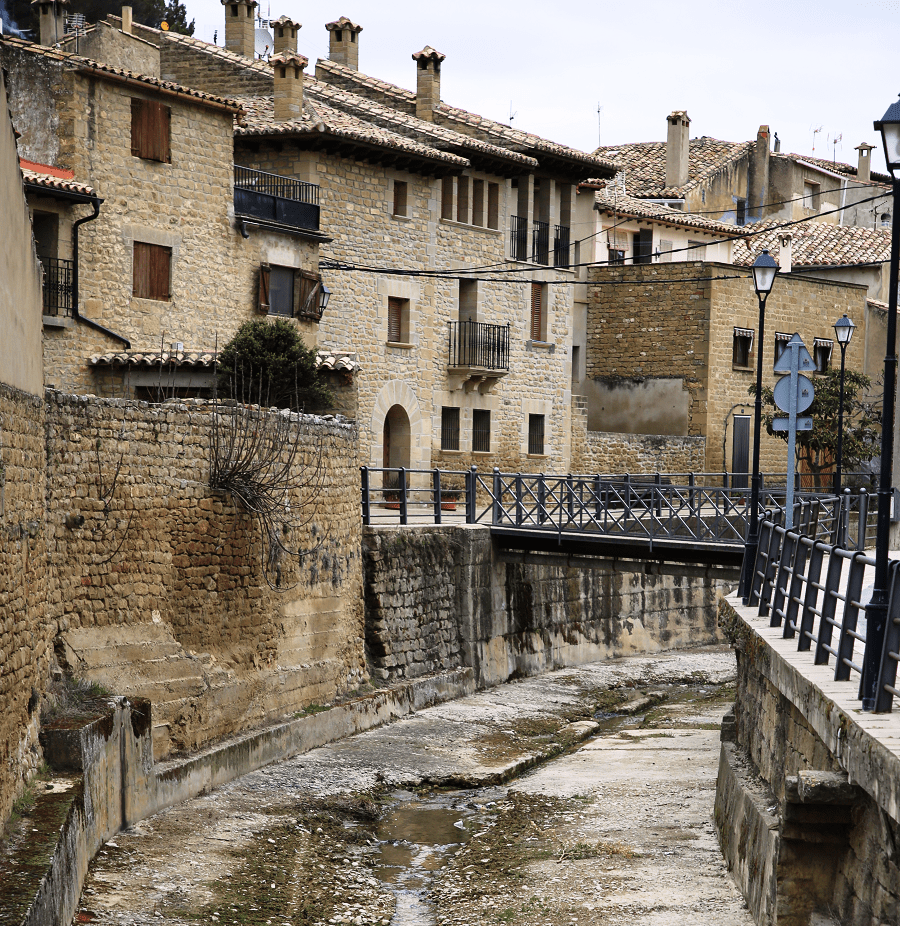 Castle, located on a rock in the center of the town (Peña Ayllón). 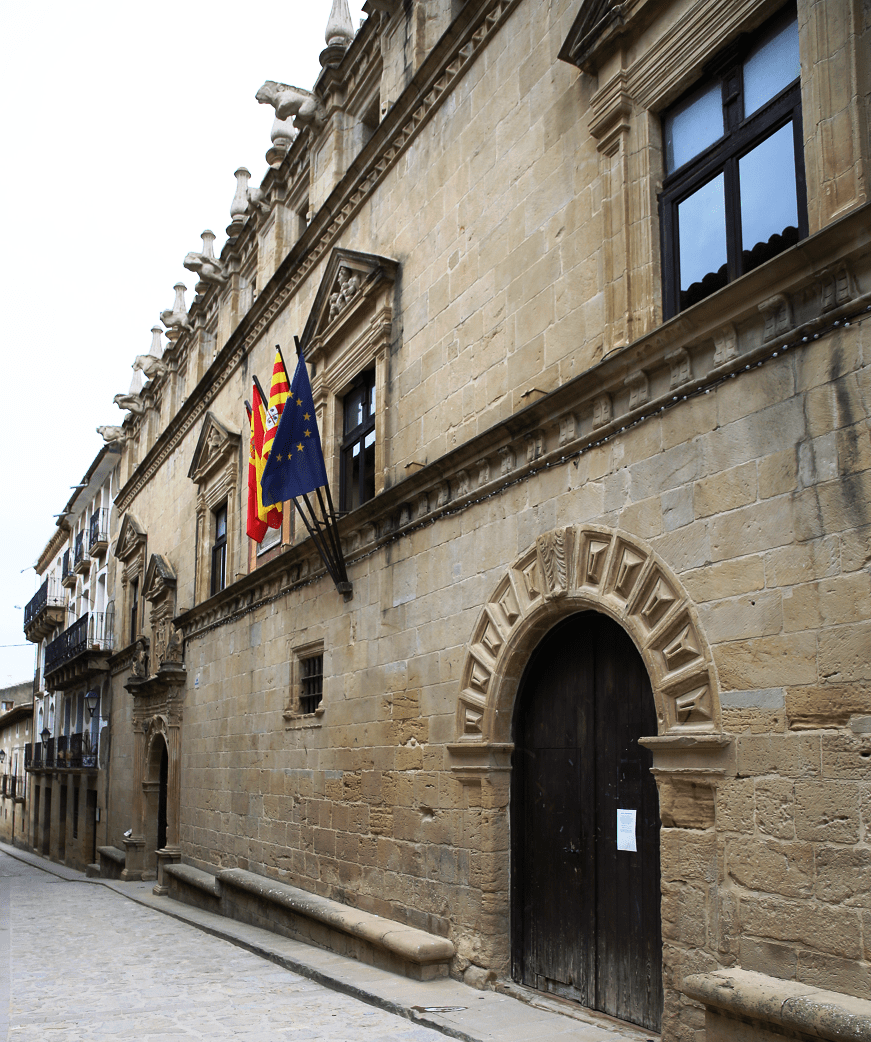 Palace of Pedro IV, ordered to be built by Pedro IV in the 14th century. It is one of the best examples of Gothic architecture in Aragon. The person in charge of the construction was Blasco Aznárez de Borau, the same architect who was in charge of the reform of the Aljafería de Zaragoza. 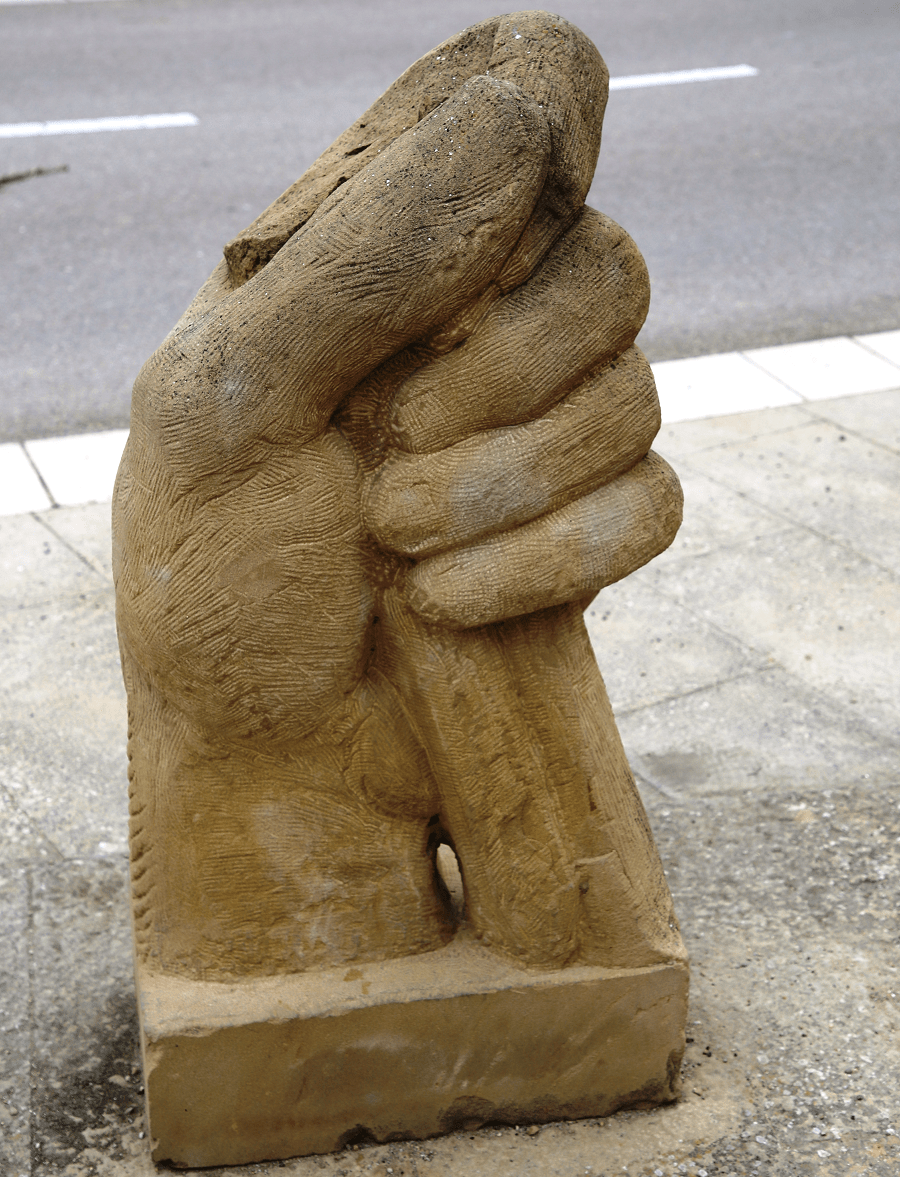 Jewish quarter. The important Jewish colony of Uncastillo (Uncastillo Synagogue) has been the object of study by Miguel Ángel Motis Dolader.

Ice well, located at the foot of the road that leads to Sos, recently restored. 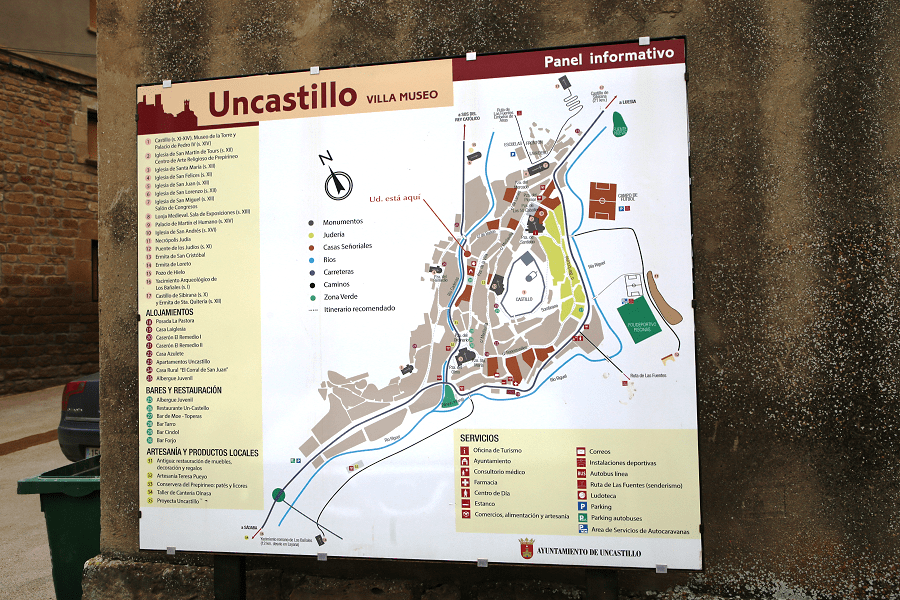 Remains of the Roman city of Los Bañales, located next to the municipality of Layana, the old village of Uncastillo.

Also preserved are several pillars of the aqueduct that brought water to the city from the Arba River, the flow departing from the Devil’s Fountain, in Malpica de Arba. A five-year project of archaeological excavations of the ruins began in 2007. 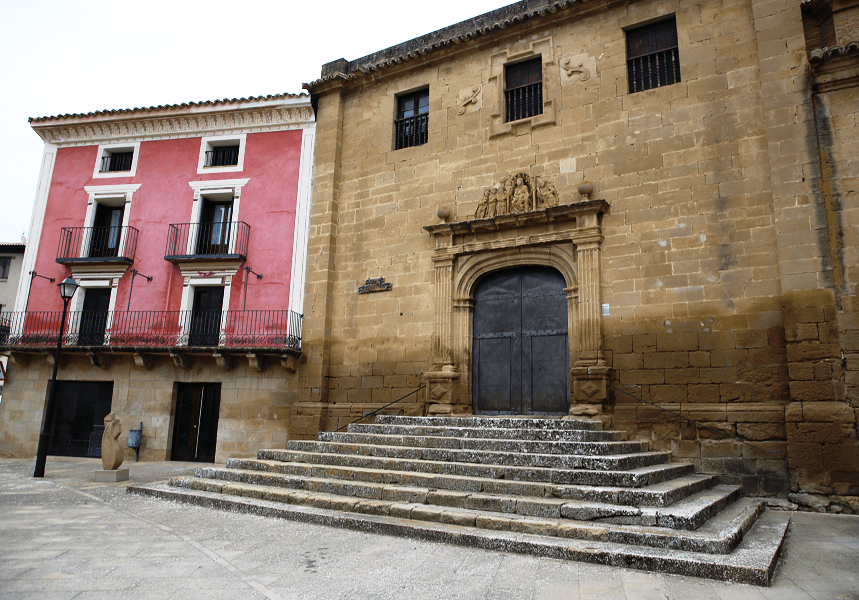 Sibirana Castle, from the 10th century, very well preserved. It is located in the Arba de Luesia river basin, in the heart of the Santo Domingo mountain range. 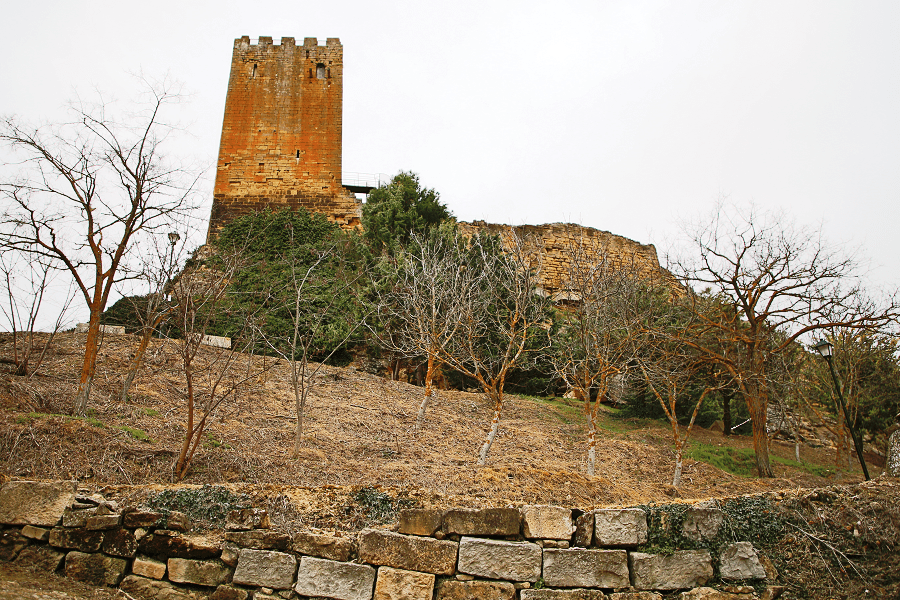 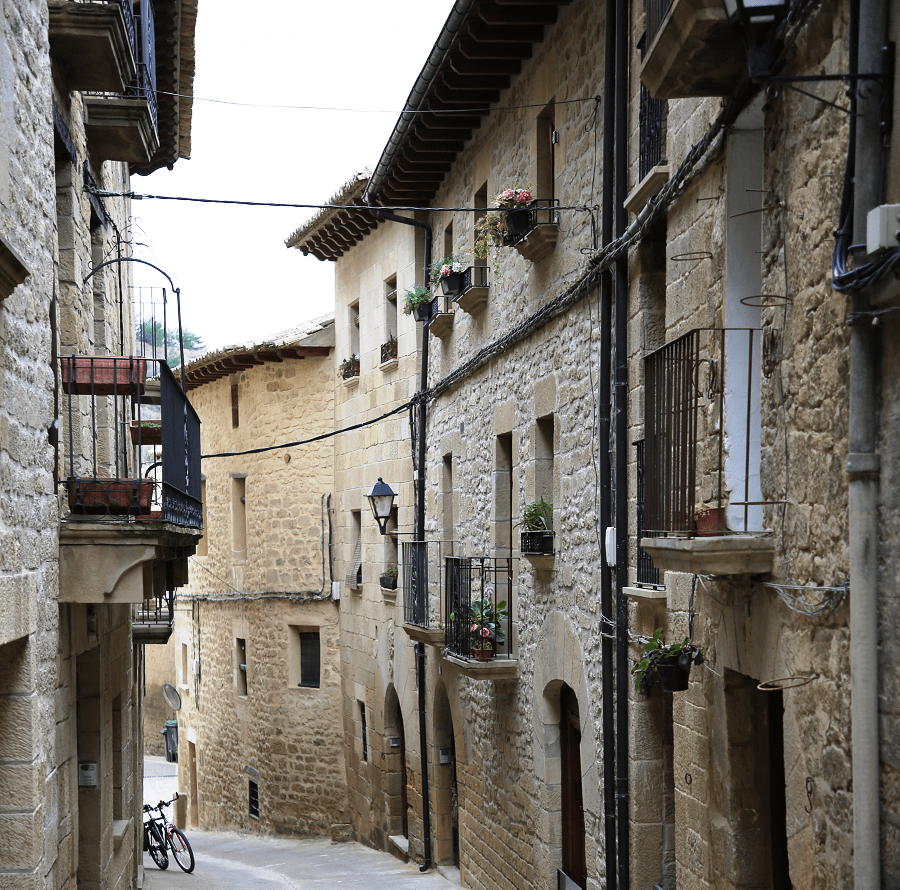 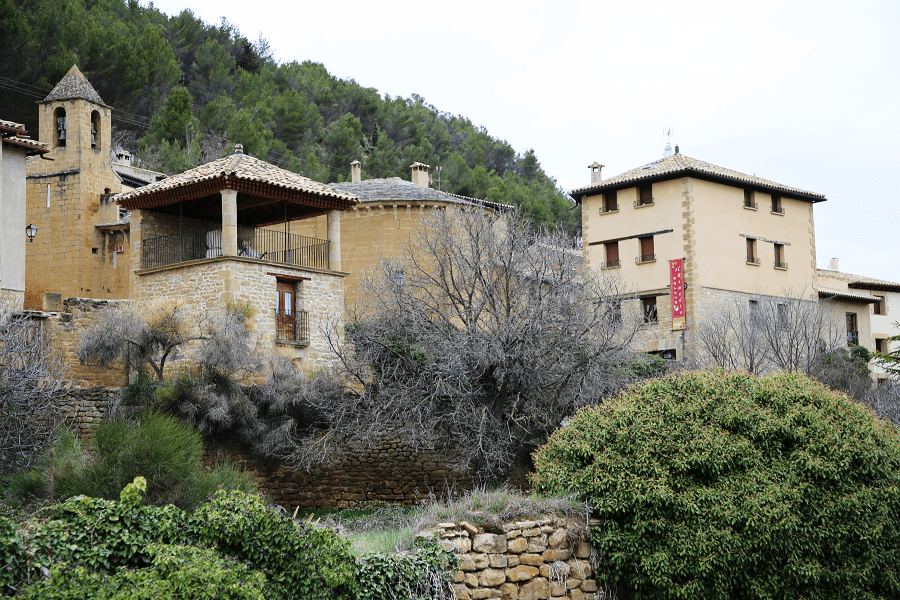