The Prime Minister of Andorra Antoni Marti participated in the signing ceremony of the new agreement in the UN that defines emission standards for greenhouse gases after 2020 • All PYRENEES · France, Spain, Andorra 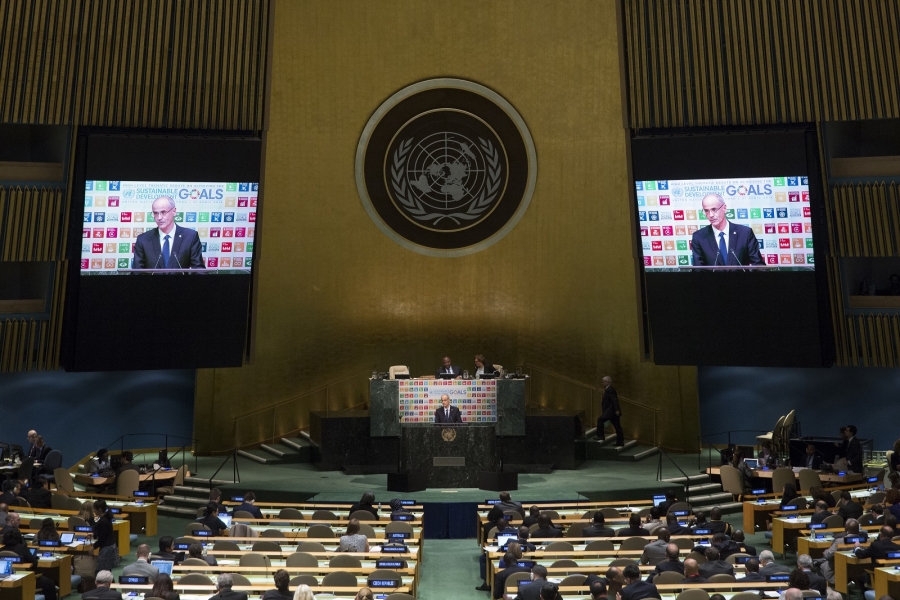 The Prime Minister of Andorra Antoni Marti accompanied by the Minister of environment and agriculture Sílvia Calvó Armengol participated in the signing ceremony of the new agreement in the UN that defines emission standards for greenhouse gases after 2020 and measures to prevent climate change. At the ceremony in New York representatives of 196 countries participated in the UN framework Convention on climate change.

Following the event Antoni Martí said that Andorra made all possible efforts to improve policy in the area of ecology. According to him, Andorra was one of the first countries that started the fight against climate change. “It’s a duty that we must perform before the future generation,” he said. Antoni Marti recalled that the government of Andorra announced a competition of projects in the area of energy efficiency of buildings and renewable energy.

The plan of financial support of the government also includes projects for the installation of chargers for electric vehicles to increase their use in the Principality. The Andorran government also offers reduced tariffs for the use of solar energy.