St. Papoul Abbey is one of the 19 gems of architecture and an important religious center of the Cathar country • All PYRENEES · France, Spain, Andorra 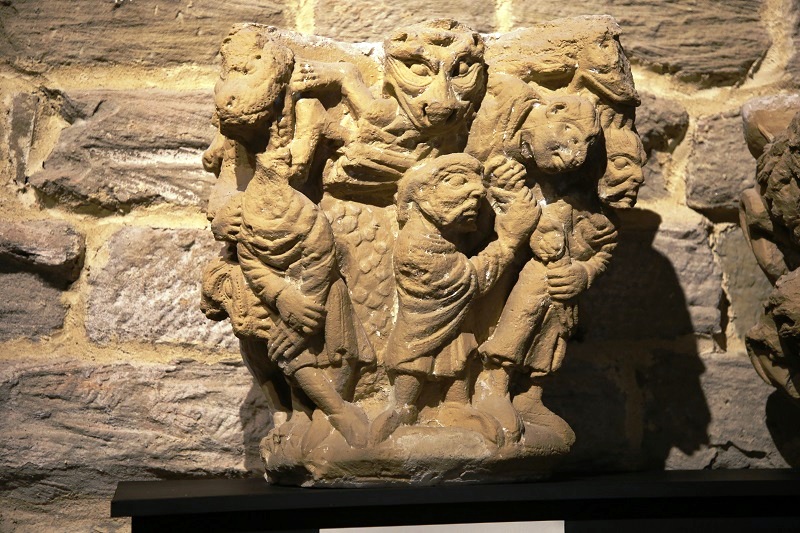 St. Papoul Abbey (fr. L’Abbaye de Saint-Papoul) is the former Benedictine abbey located in Saint-Papoul, a few kilometers from Castelnaudary and Carcassonne, in the Montagne foothills.

It is one of the 19 gems of architecture and an important religious center of the Cathar country (Pays Cathare), which is a historical area in the South of France.

There is little reliable information about St. Papoul. Different sources explain different periods of his life, from the 3rd to 6th century. His cult is associated with the Saturnin cult, the first bishop of Toulouse, one of the Gospel missionaries. It is believed that the hermit Papulus was a disciple of Saturnin and served as a missionary in the South East region of Toulouse. Pagans tortured him for this; they tied him to an oak tree and cut off the upper part of his skull (Saint Papulus is often depicted with a skull in his hand). A miraculous spring sprouted out near the oak tree after his death, and later they erected a chapel there in memory of the holy hermit. 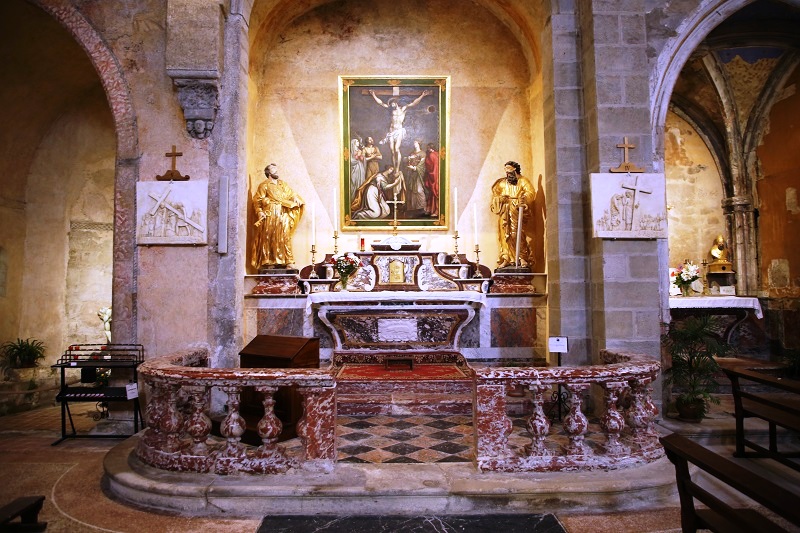 A Romanesque style combines with Gothic in the monastery’s architectural ensemble. You can see the 14th-century Gothic cloister on the abbey territory; it is the Romanesque, Byzantine and Gothic architecture typical gallery, framing the enclosed rectangular yard-well or the monastery’s inner garden. 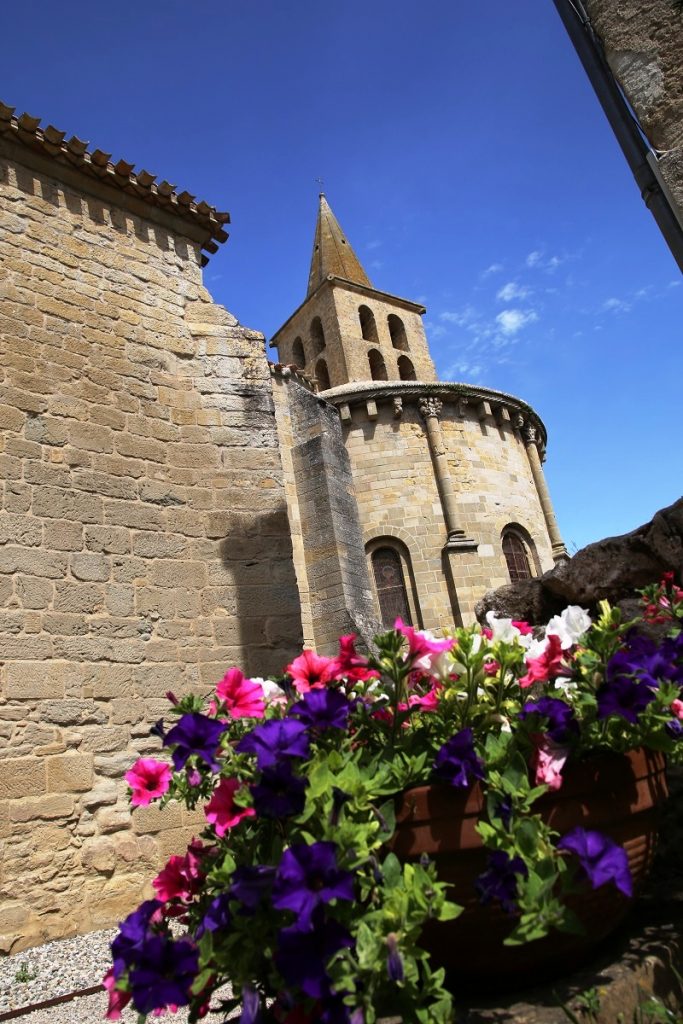 Semicircular arched vaults with columns are decorated with ornaments, figures of mythological winged creatures, griffins and monsters. There are columns decorated with figures that are fragments from historical scenes (the worship of the Magi, and possibly the scene of the martyrdom of the St. Papoul himself). 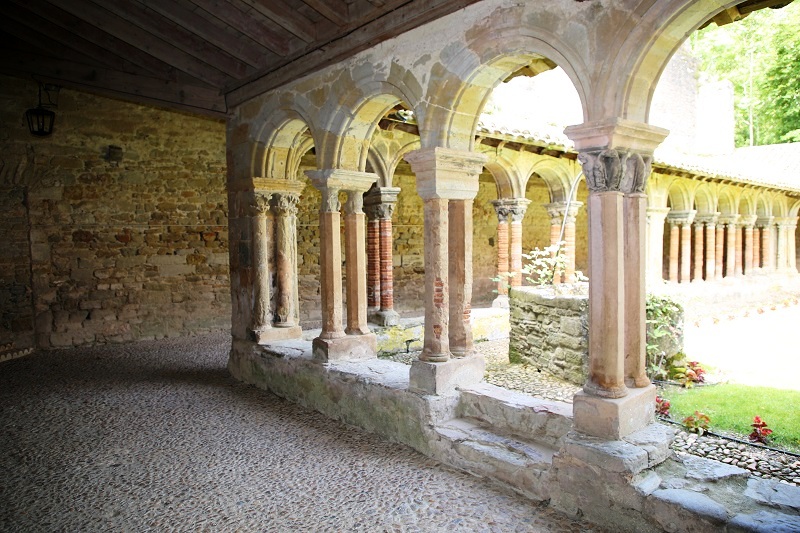 The cloister galleries lead to the refectory, the church, and chapter hall, and from the south side to the episcopal palace.

They rebuilt the church several times. The nave leads to the four inner chapels. You can easily spot the different styles combined here: Romanesque capitals, baroque choirs, richly painted and decorated with many gilded elements. 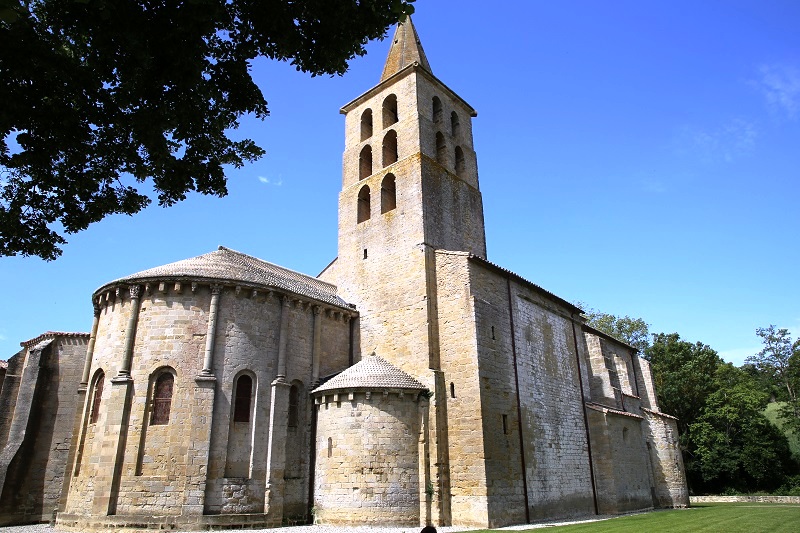 The altar stands out in particular: the roof is made of stone tiles. It is believed that the famous Cabestany master (le Maître de Cabestany), a famous sculptor, probably of Italian origin, who opened his famous Romanesque workshop, participated in the altar decoration.

Various cultural events often take place in the park near the palace: music events, festivals, performances dedicated to the Cathars’ history and the crusades against them. 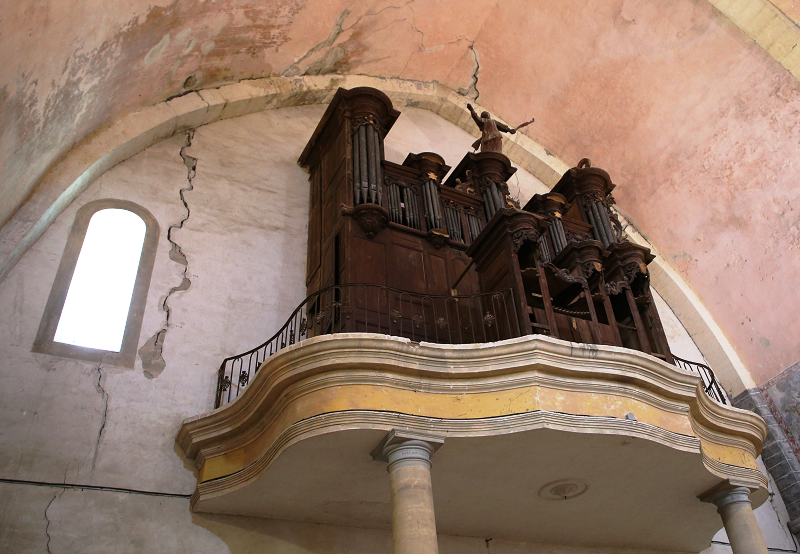 The abbey, which was subject to the rulebook of St. Benedict, began, at last, to experience a period of prosperity in the eleventh century after a long, miserable existence. It happened due to the monk Bérenger.

The monk, being a model of virtue, performed miraculous acts during his life, and his grave became a place of worship for pilgrims after his death.

The abbey weakened again in 1119 and was forced to join the Alet abbey that was powerful at that time. 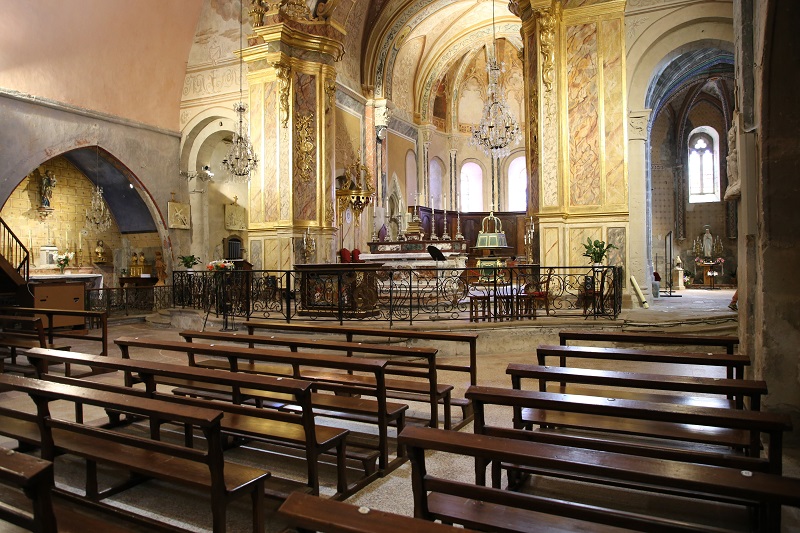 However, in 1209 it managed to become rich again thanks to the accession of new lands, the Villespi estates (Villespy, a commune in France, Languedoc-Roussillon, Aude department). 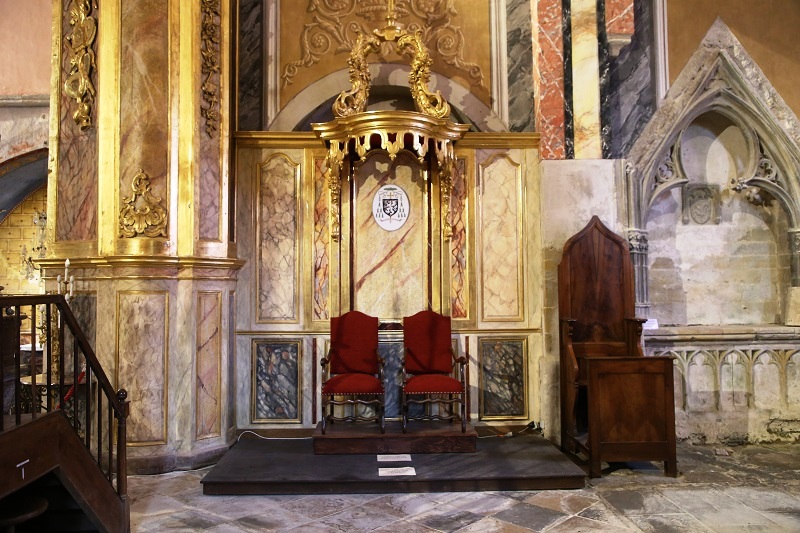 However, several unpleasant events occurred during the episcopacy years: it was robbed in 1361 by robbers, in 1412 by Burgundians, and in 1595 by Calvinists.

The commune began the abbeys’ serious restoration only after the abbey was named a historical monument in the 1840s.

The Revolutionary era ended the period of the Saint Papoul Episcopacy and the cathedral became a parish church. 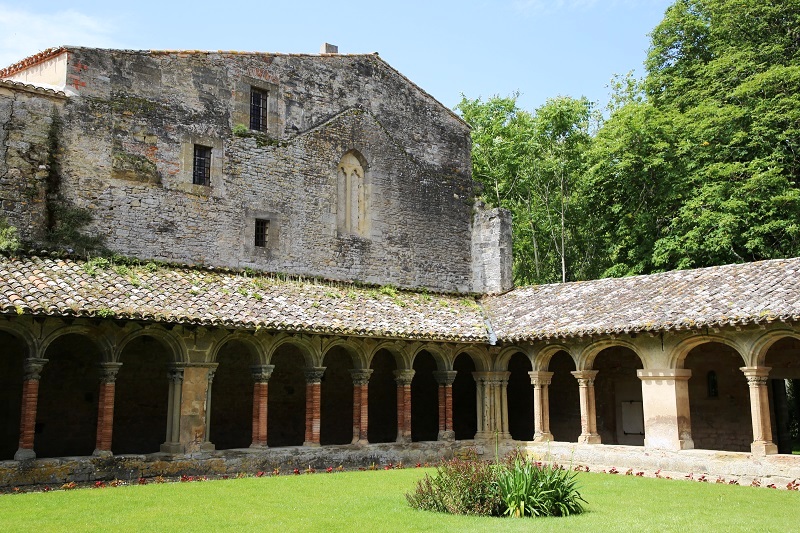 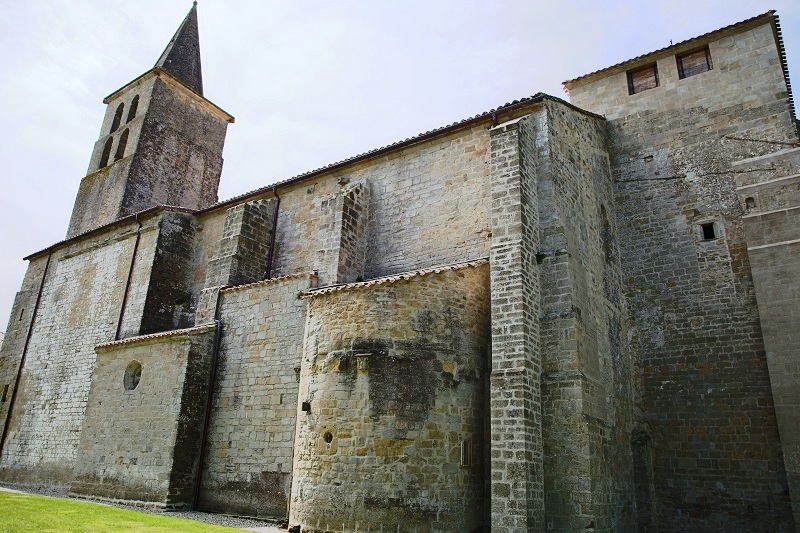 Students and persons with disabilities – 3 euros

Children under 6 years – free of charge.

How to get to: