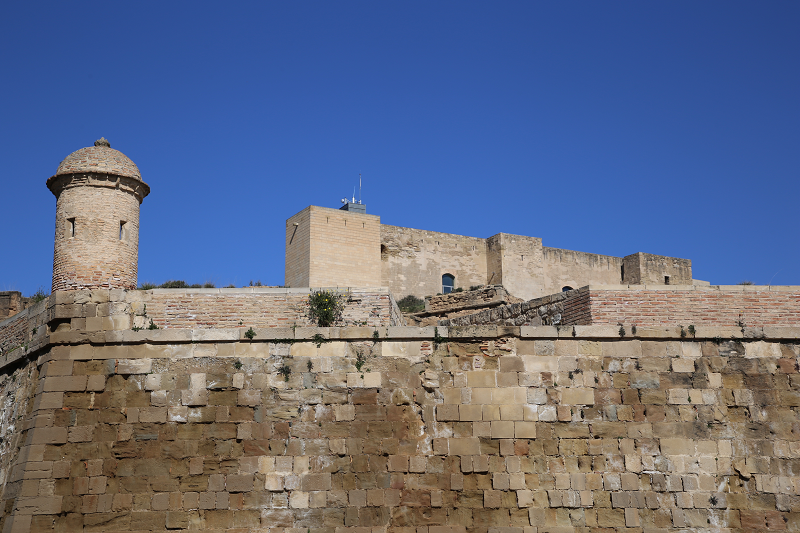 The Suda de Lleida or King’s Castle (cat. La suda de Lleida o castell del Rei) was the castle or alcazaba of the city of Lleida, of Andalusian origin (Lleida province, Catalonia, Spain). It is located on the hill of La Seu Vella. After an important restoration that integrated it into the monumental complex of the Seu Vella and castle of the King, the castle and its interpretation center are open to visitors since the beginning of 2011. 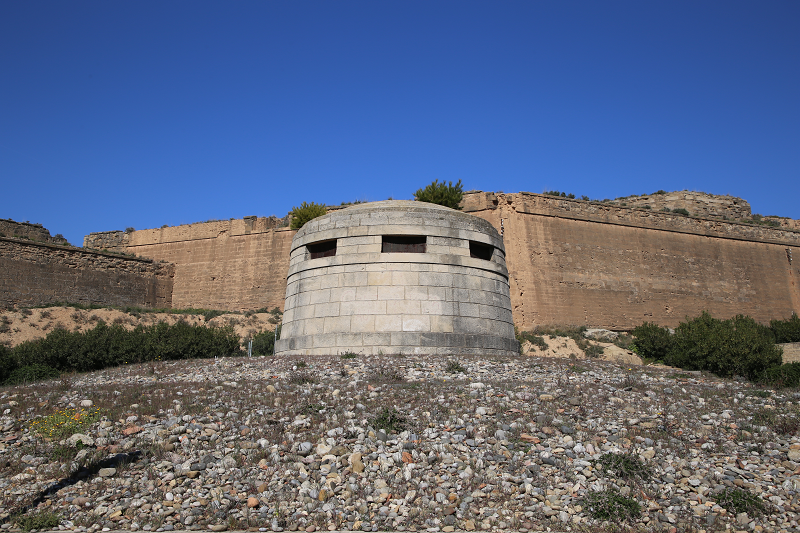 Of the original structure from the Saracen occupation, almost nothing is preserved. It was widely reformed during the period of Comtal domination, especially during the time of Ramon Berenguer IV (who married here Peronella d’Aragó), also by Jaume I, who, according to his chronicle, replaced the wooden roofs with stone vaults, and by Peter IV of Aragon, who remodeled it by reinforcing the defense towers and building luxurious rooms and a chapel. 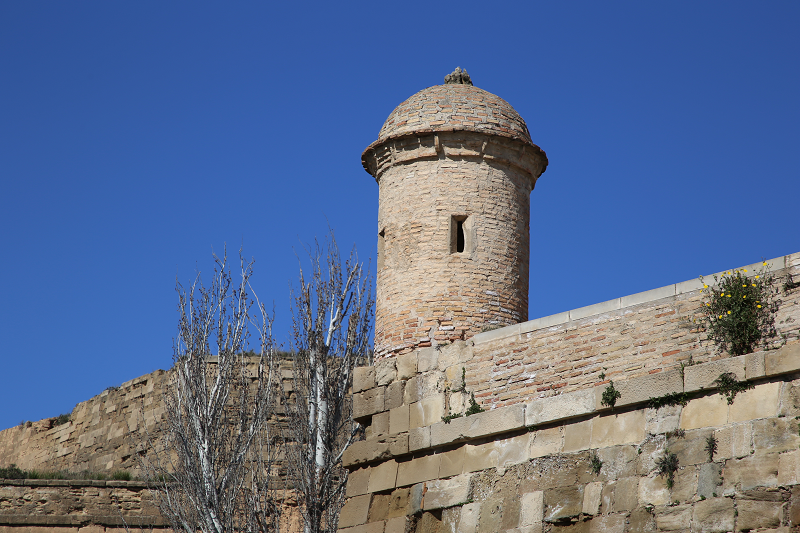 Of the constructions from this time only a wing of the fortress, formed by an elongated body, with rectangular towers and buttresses on the inner and outer side, are preserved. Simó de Navers was the master builder of the new fort, between 1336 and 1341. Peter IV also built the royal chapel (demolished in 1812), which was decorated with paintings by Ferrer Bassa. 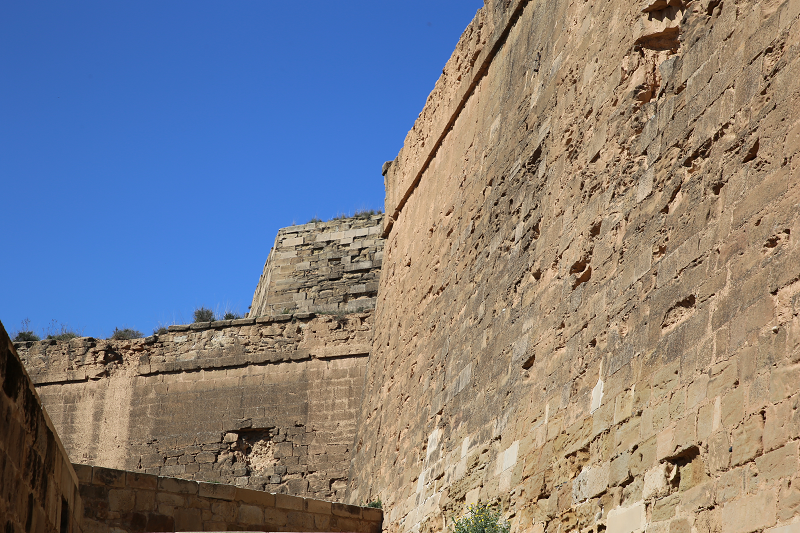 In the days of Philip V and during much of the 18th century, four bastions and different fortifications were built in the Vauban concepts, around the old castle, which gave a new physiognomy to the complex. The whole enclosure was walled and it was accessed by a drawbridge that crossed a moat. 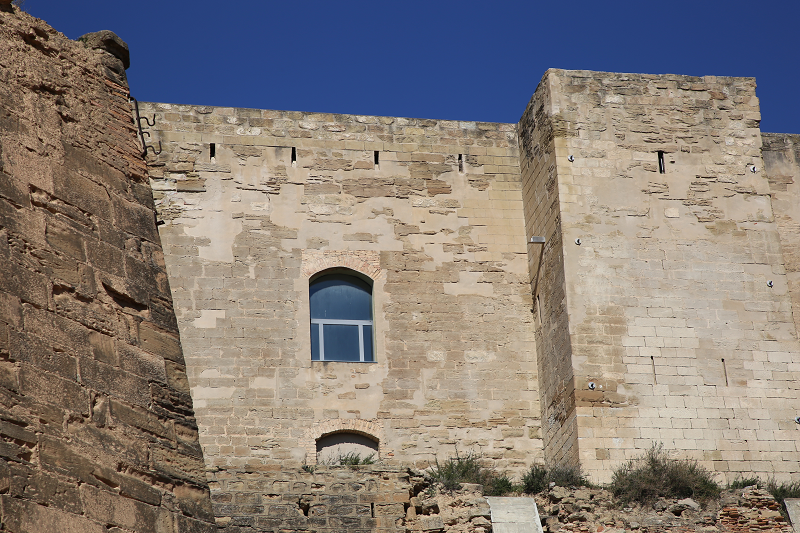 It had a rectangular floor plan with buildings around a central courtyard and, on the north side, a chapel and a viewpoint. The southern part, the closest to the Seu Vella, is the only one preserved. It has a facade defined by three towers with embrasures and windows, and a nave with a groin vault. 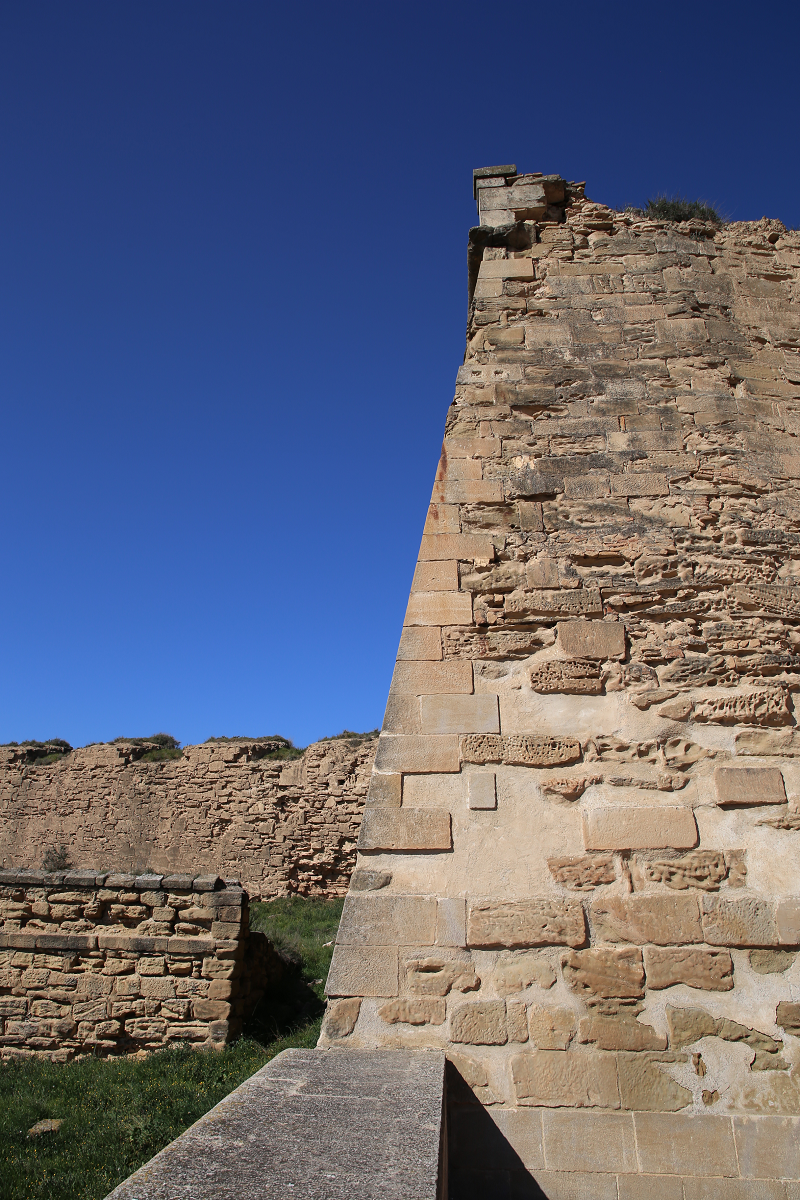 The castle of La Suda is located next to the Seu Vella de Lleida. Its existence has been documented since 882, when Lleida was occupied by the Saracens. They built it there because it dominated the entire plain of Lleida and was an excellent place of defense. Between 1031 and 1036 it served as a refuge for the dethroned Hisham III, the last caliph of Cordoba. 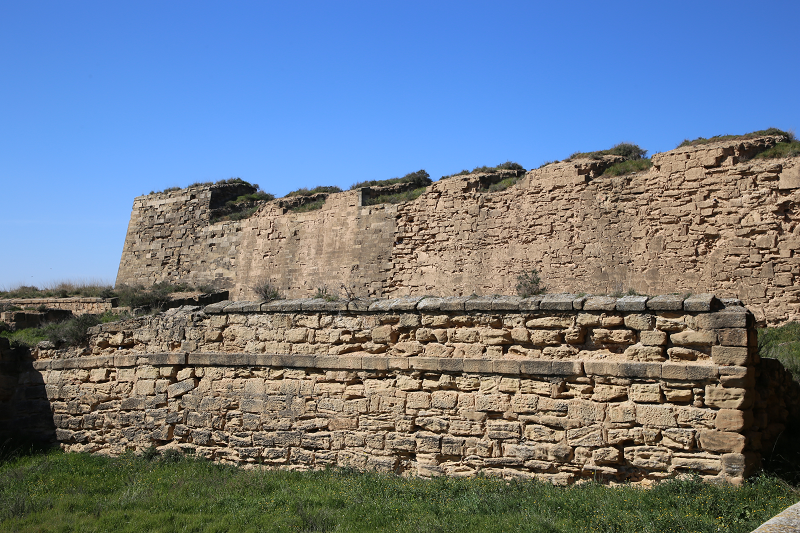 After the Christian conquest, the castle of the Suda became witness to some remarkable historical events. In 1150, the wedding of Count Ramon Berenguer IV and Peronella, the daughter of King Ramir de Aragón was celebrated here. This union sealed the union of the house of Aragon with the house of Barcelona.

In 1214, in this castle, the Catalan and Aragonese nobles swore fidelity to the infant Jaume, who would become King James I. In the moment of its splendor, the castle of the Suda got to be the Lleida residence of the counts of Barcelona. 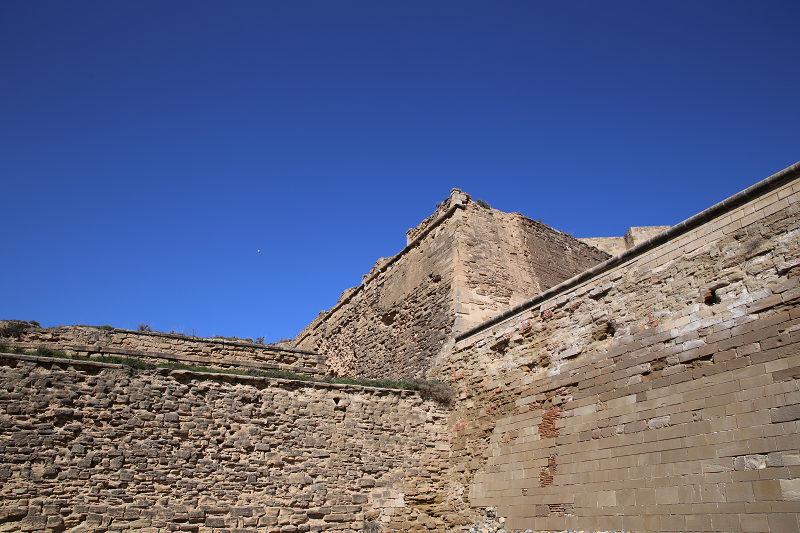 At the time of military occupation it was used to store gunpowder, the blasts of the years 1812 and 1936 destroyed it to a large extent, and only the south-east nave is left still standing.

The city hall of Lleida promoted its restoration in the late 20th century, through the Special Plan of the Hill, consisting of rehabilitating the nave, making it open to public and creating the the King’s Castle interpretation center. In addition, the surroundings are arranged in order to facilitate access, and the space formerly occupied by the demolished nave is converted to a terrace from where today we can contemplate a magnificent landscape both of the city and its surroundings. The northern slope of the hill was also reformed, by creating there the new Santa Cecilia park, including an access elevator to the castle. 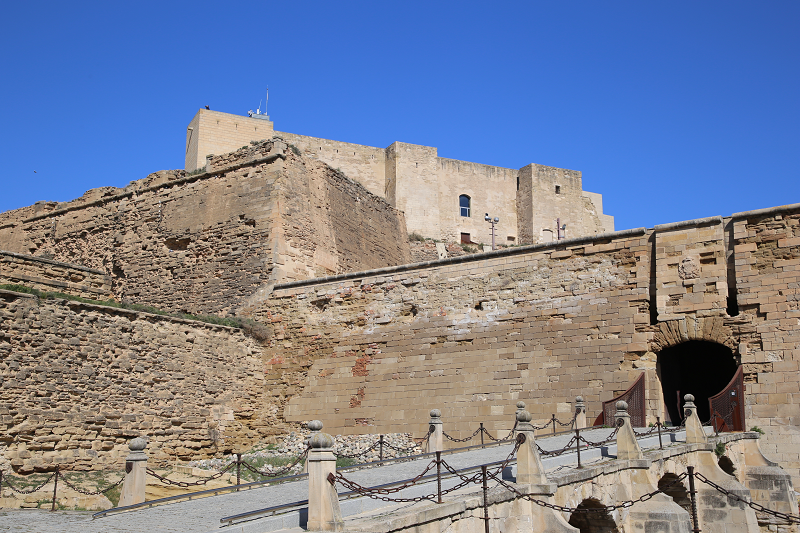 Thus, on March 26, 2011, the newly restored space was opened to the public; and with it the city recovered a forgotten space.